The Golf Club 2 tutorial uses a popular golf saying: "Drive for show, putt for dough." This refers to the belief that monster tees shots look good, but it's your performance on the green that really matters. While I can attest to the fact that I would be a much better golfer if I had more control over my putts, this axiom can also be interpreted another way. The Golf Club 2 is remarkable for what it adds that was noticeably lacking in the first title – more structure. The new career mode and online societies motivate you to keep playing beyond just to see a new course. But the real factor that demonstrates the title's merit is gameplay, which delivers that satisfying feeling of a shot well taken and anchors the game in a more lasting way that the new structure can't.

The new tempo swing doesn't just add complexity for the sake of difficulty; it suffuses the analog swing gameplay with a nice rhythm and includes different ideal swing speeds for different clubs (there are also pro and tour club sets with their own perimeters to master). It's useful to step away before a shot – particularly when you're trying a new technique with a club like a wedge that has a particular swing animation – and take a few practice swings to get the feel down and see how fast your backswing and downswing actually are.

The mechanic plays on that sense you have when you hit a good shot and can feel it as soon as you make contact. The same applies to when it all feels wrong from the word "go." The backswing animation occasionally stutters, fouling up your swing, but you can always let go of the stick and start over.

The more I played, the more variables I naturally accounted for with every stroke, like anticipating danger spots on the green, knowing the downswing cadences of the various clubs and shot types, and factoring in ground slope. But instead of simply being a game of checking off boxes, The Golf Club 2's swing gameplay came more into its own, revealing how deftly something relatively intuitive like the analog swing could work hand-in-hand with seemingly rigid constructs like accounting for a 10mph wind.

It says a lot about the gameplay that it inhabits an ether between predictability and the unknown that satisfies but still leaves you hungrily searching to do better – much like your own real-life golf game. In perhaps the ultimate zen moment, there was a stretch where I stopped caring about my score from hole to hole, and was simply enjoying a game run to form while learning how to shave strokes off my previously abysmal short game. I also became more confident in hitting that gray area between clubs where you can't come up short, but you don't want to blow the ball out the backside of the green.

When you're not trying to lower your handicap out on the course, you can relax in your career or online society clubhouse. You purchase bigger and more impressive clubhouses as you earn enough currency through meeting course challenges and raking in tour winnings. It's better than the non-existent career structure of the first game, but it doesn't have the long hooks to keep you up nights. Being able to change the color of the furniture is nice, but it's a far cry from NFL 2K's customizable Crib that's already over 10 years old. Apart from earning the right to host a major tournament, leveling up your society up to level 10 via the currency lets you play more events per season and go up against harder A.I., which are not big enough carrots. In general, the game does a good job giving you enough currency to buy new clubhouses, level up your societies and outfit your golfer even if you're not the star of the tour.

What the societies lack in depth, however, is partly made up by the fun amount of customization that gives your society and tour events some individuality. You can move the tees and pins per round, set entry fees and bigger purses, and change the color of your equipment. You can even set which clothes you want to wear for each round. The ultimate customization feature of the game is the course creator, which has a new interface. Whether you use a template or place every yacht, kangaroo, and sand trap rake yourself, there are plenty of tools to create a unique course quickly.

I expected The Golf Club 2 to be better than the first in every way given the new career setup and golf societies, but I was surprised the addition of the swing tempo gameplay is what gives this title a lasting structure. This, combined with the course creator, make the game indispensable for any golf fan. You'll be seeing those missed putts in your dreams and savoring every chip-in birdie. 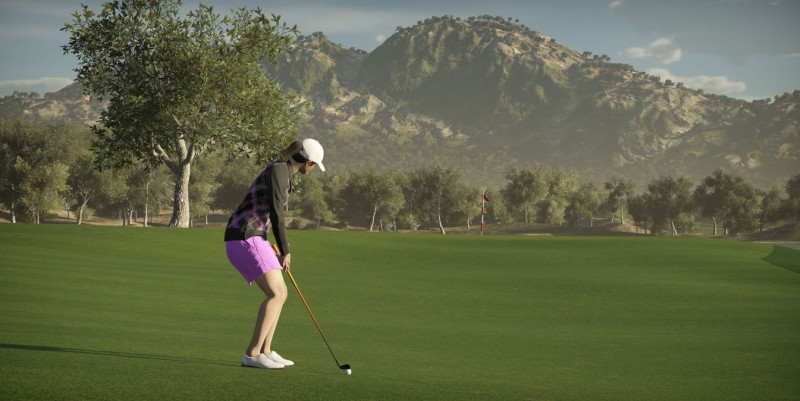 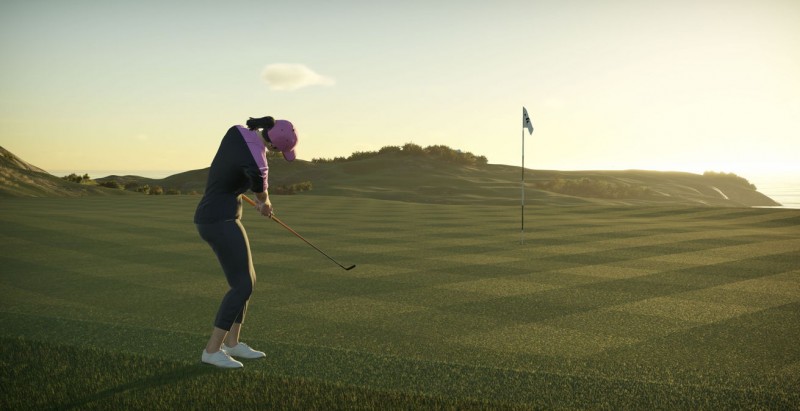 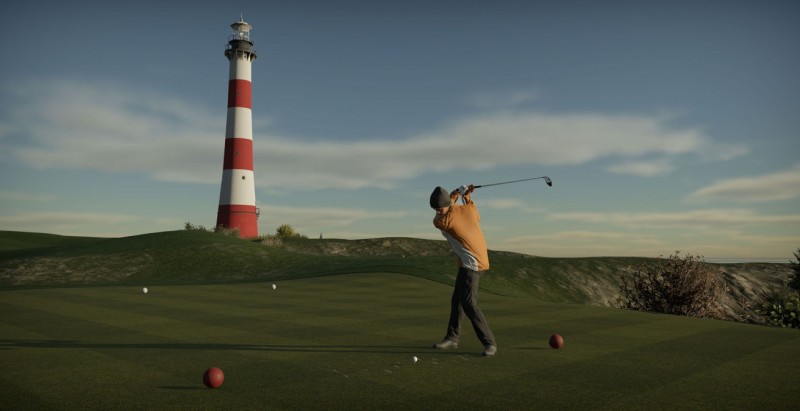 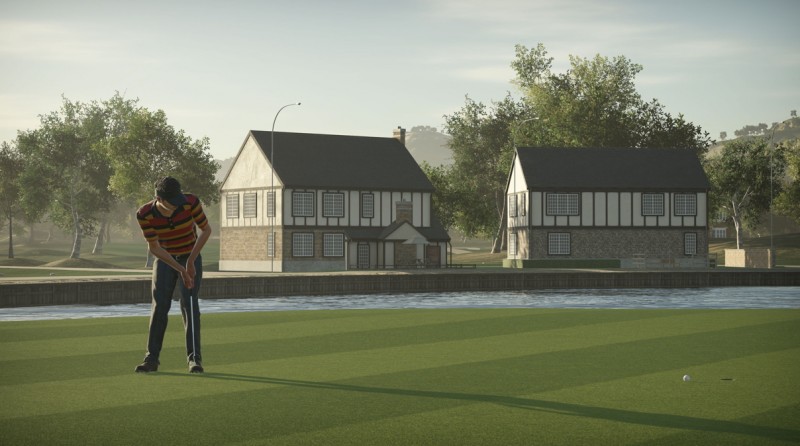 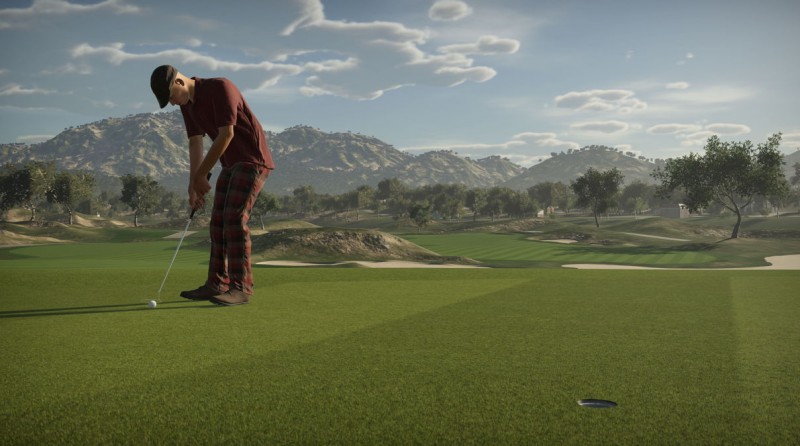 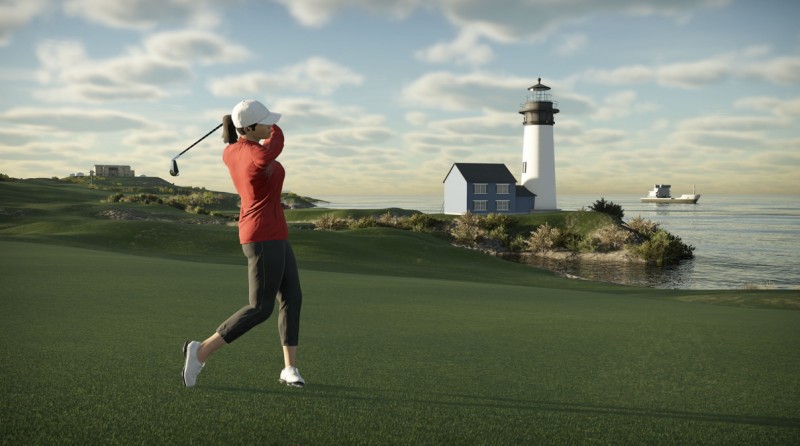 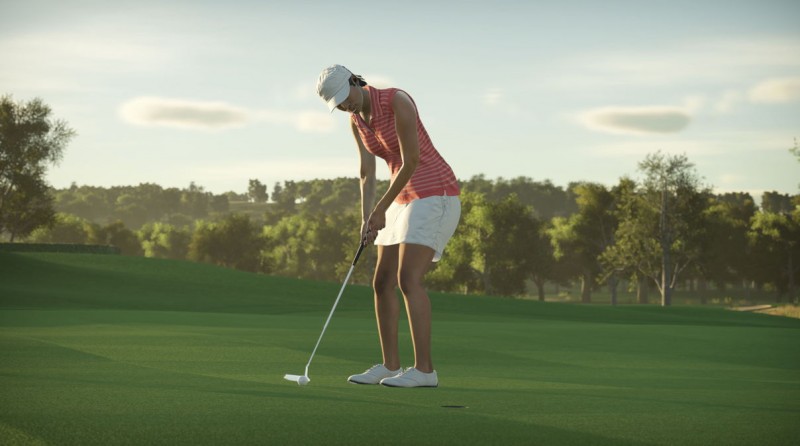 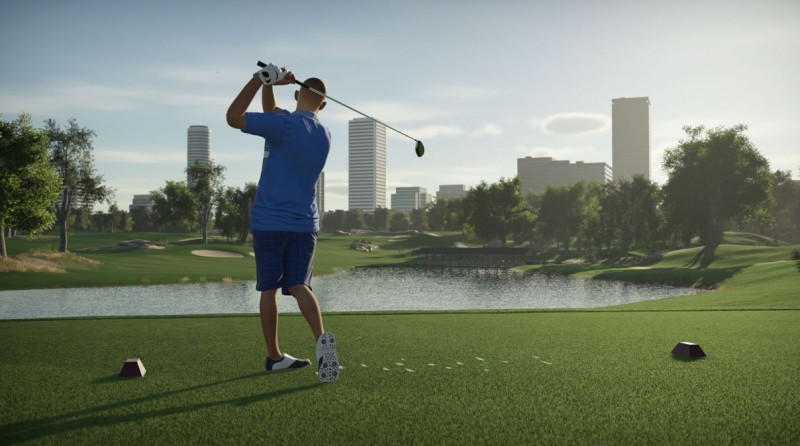 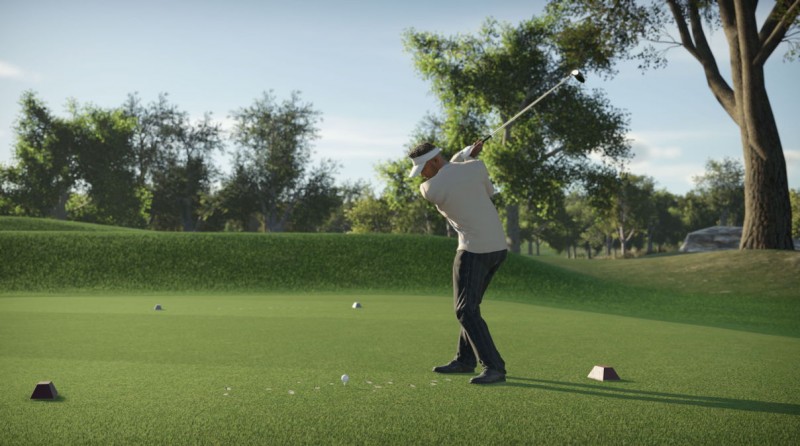 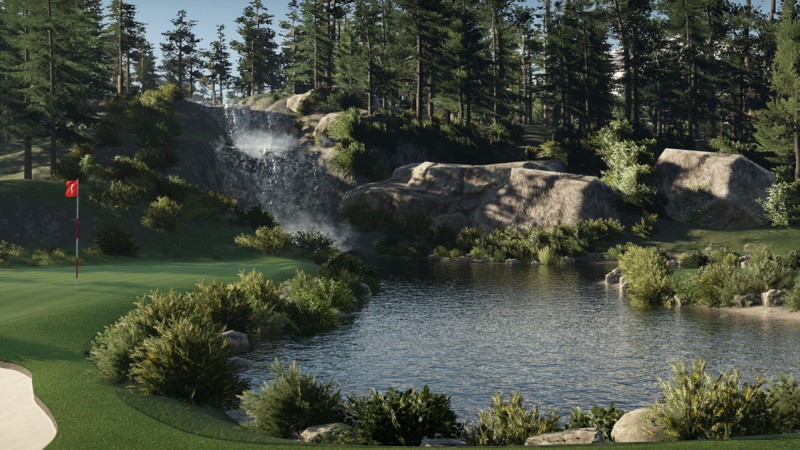 8.75
About Game Informer's review system
Concept
Add a bona fide career mode and online clans to the original title, which was mainly a course creator. That’s still included, too
Graphics
Objects popping into the environment distract from the otherwise beautiful vistas
Sound
The crowd’s polite murmurs and golf clap swell at the appropriate times
Playability
Taking into account the tempo of your swings adds a lot to the feel of gameplay. The course creator, meanwhile, is easy to use relative to what you can create with it
Entertainment
The new golf societies for single-player and offline add much-needed ongoing structure, but it’s the gameplay that provides the actual depth
Replay
High 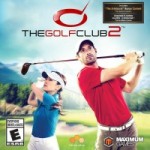