Escape From Prison Without Losing Your Sanity
by Kimberley Wallace on Aug 22, 2017 at 10:45 AM Almost everyone has heard of history's amazing prison escapes, like Frank Morris, John Anglin, and Clarence Anglin fleeing from the world-famous Alcatraz Federal Penitentiary in 1962. The men spent six months preparing, and used everything from papier-mâché dummy heads left in beds to raincoats stitched together into a lifeboat. The Escapists 2 gives you the same types of tools to escape a variety of themed confines, but also shares the tedium of working slowly toward an elusive goal. The improvements over the previous game are plentiful and novel, but the frequent loss of progress and lack of manual saves stifles experimentation.

The most notable change The Escapists 2 delivers is a wider variety of confines to escape, from Wild West holding cells to futuristic space prisons. These environments are much larger and enhanced by the much-improved visuals. Formerly stark prisons now have plenty of wall decorations and items on desks, and even the pixel-art figures have evolved and are properly shaded.

The Escapists 2 doesn't lack things to do. As you'd expect in a prison, you must plan your escape while adhering to a daily routine of eating, exercising, roll call, and working. You curry favor with inmates via quests, pilfer items from those same cohabitants, beat people up, steal keys from guards, craft a variety of makeshift weaponry, and crawl through ventilation ducts. Get caught by the guards? You'll get put in the infirmary or solitary and – most importantly – lose any contraband you have on you at the time.

This is my number one frustration, as any mistake puts you back much closer to square one. Any contraband you've hidden in your desk remains, but the on-hand keys, equipment, and weaponry you spent your time crafting are gone, and it's not quick or easy to regain. It wouldn't be so frustrating if the game allowed for manual saves, but the individual levels are tied to their online leaderboards and autosave every few seconds. I wish I could have turned this off for local play.

One particularly irritating moment didn't even involve me getting caught by the guards. I was ready to escape with all of my gear on hand and a dummy sitting in my cell. I used my makeshift ladder to access a vent that would get me to where I needed to be, and while going through menus to grab my cutter, I accidentally hit up on the PS4's directional pad ­­­– the surrender button. My character fell to the ground immediately because there was no confirmation for this action. All of my carefully planned progress was lost in a split second.

The streamlined transportation prisons don't run into these challenges, and were by far my favorite thanks to their more defined goals. Execution was everything, and failure didn't cause huge setbacks. Building a makeshift carrot on a train to coax a nearby horse was both charming and rewarding.

The new multiplayer is a nice touch, especially as it's available as both co-op and versus for up to four players. Co-op mirrors the standard game, where other players can distract guards or help you find materials, while versus opens up the prison, makes inmates sell things to you for free, and removes the routine. The first to escape is the winner. This makes the experience different and more rewarding; I enjoyed versus the most because all of the tedious constraints were gone. For that same reason, though, it doesn't have much staying power.

When you find the right offbeat item, or barely squeak by a guard in Escapists 2, it's incredibly refreshing. However, the monotony of gathering items and playing errand runner for other inmates sours the experience, and the awkward controls don't help. For those who crave unforgiving challenges, the Escapists 2 brings them in spades, but it often comes at the cost of your patience. 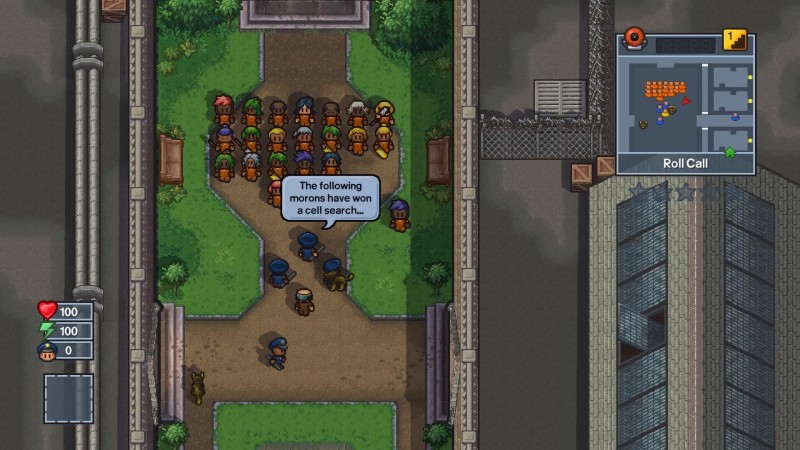 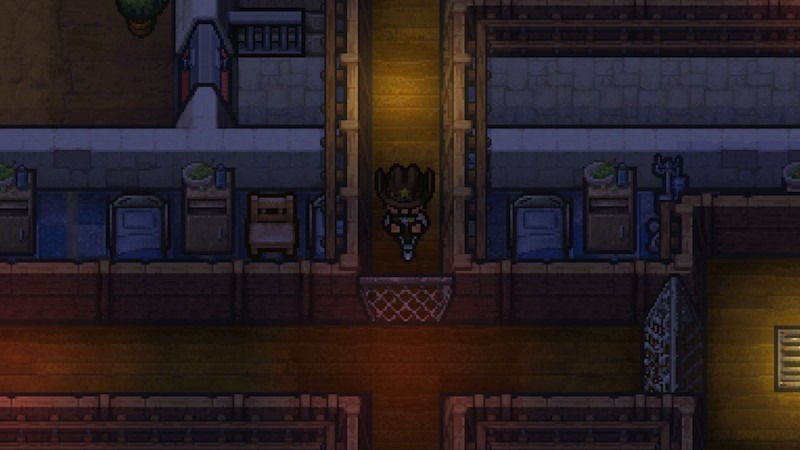 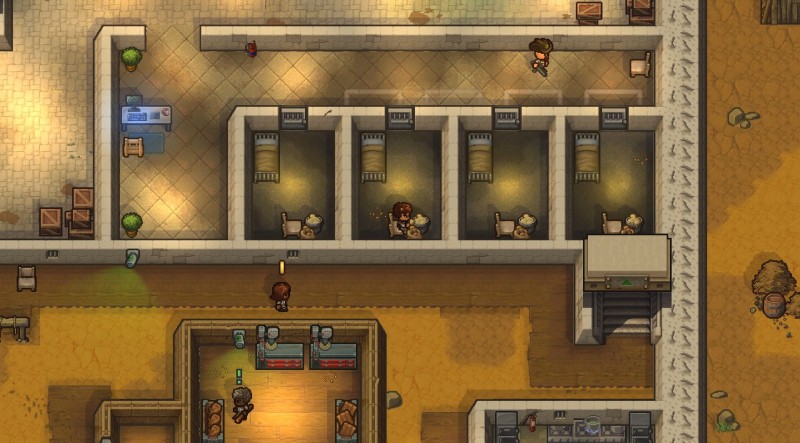 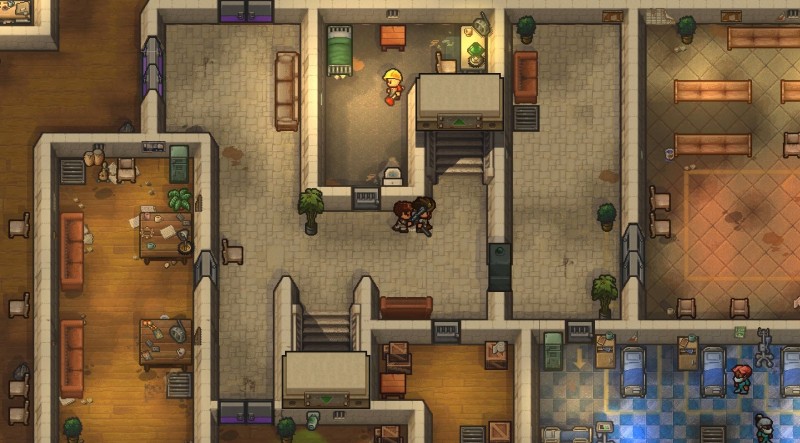 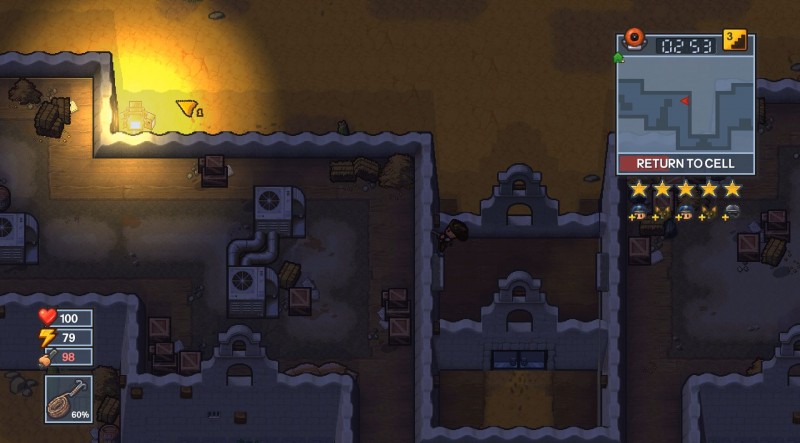 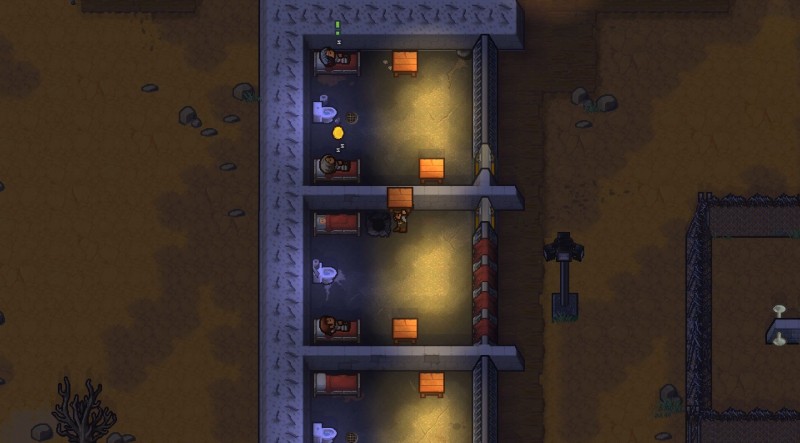 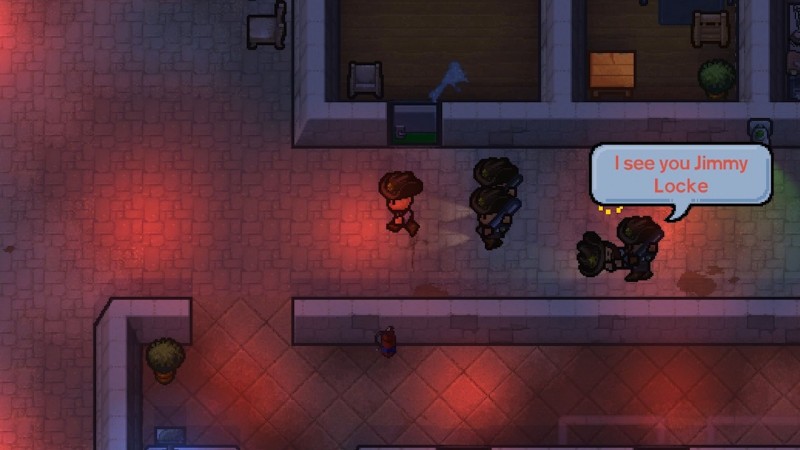 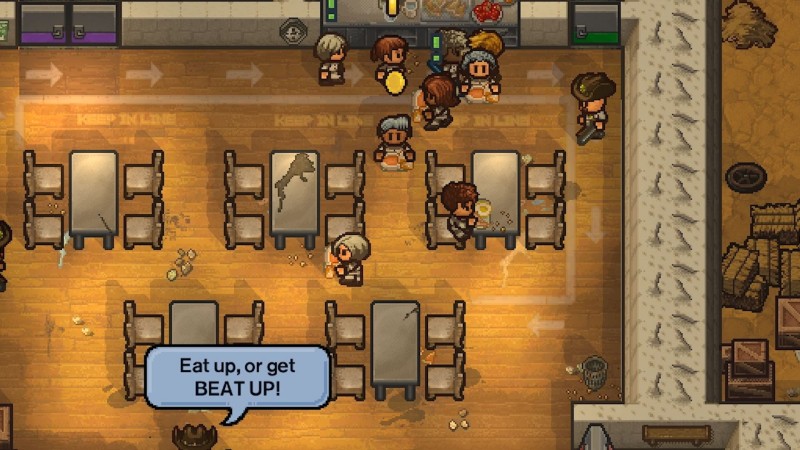 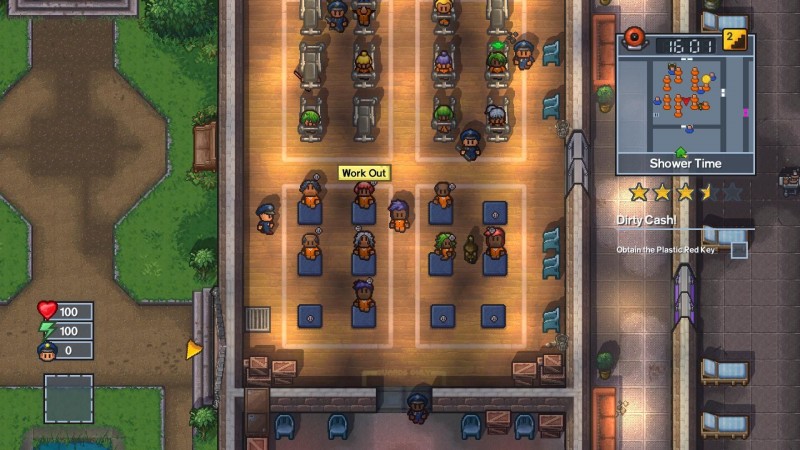 7
About Game Informer's review system
Concept
Use any means necessary to break out of prisons ranging from speeding trains to Area 51
Graphics
Significantly improved over its predecessor, but retains that cool retro vibe
Sound
Music and sound effects are both reminiscent of the days of yore and everything feels just right
Playability
Awkward controls, especially with the tap or hold button commands, but the new multiplayer is a nice addition
Entertainment
Plenty to discover, but tedium sets in quickly, particularly when faced with an abrupt loss of progress
Replay
Moderate