The Elder Scrolls V: Skyrim released on two new platforms this year. The Switch version has been a nice surprise, performing better than expected and proving Skyrim is a great game to play on the go. The other new platform, PlayStation VR, does not fare as well. The entire, unabridged Skyrim experience (along with all the post-release DLC) is included here and that’s impressive, but Skyrim was not designed for virtual reality and it doesn’t take long to come to that conclusion. Simply put, I don’t like it. I don’t know how my ranking would pan out if I ordered the different versions of Skyrim, but whatever the list would ultimately look like, the PlayStation VR version would sit at the bottom.

From a distance, Skyrim VR is a gorgeous game with impressive vistas. The best moments in Skyrim VR were the ones where I sat there doing nothing and just looked around. Being in the middle of a vast, virtual outdoor environment is undeniably charming. Making an impressive climb to the peak of a snowy mountain and taking a moment to just look around is where the game shines strongest. In one instance, I ended up getting carried down a river by its current. I jokingly put my hands behind my head like I was floating down a lazy river, which was a surprisingly relaxing experience.

Virtual reality is all about letting you get as close to the action as possible, but up close, Skyrim shows its age thanks to rough animations and clunky, unattractive character models. It doesn’t help that the visuals have been scaled back to run on PlayStation VR and the visor’s mediocre in-headset screen gives the whole game a blurry look throughout. Skyrim also continues to be an unstable game, and the shortcomings are more pronounced in virtual reality. The opening sequence featuring the dragon stuttered with its fire-breathing audio cues, and it only took a visit to a single cave to accidentally break out of the game’s boundaries and float above the world. In virtual reality, this sort of phenomenon feels exceptionally strange. You feel like you've suddenly become a ghost seeing into the matrix as you float above all of creation. And then it all falls apart as reality corrects itself and you fall back down into the real (i.e. virtual) world.

Bethesda offers two control options for playing Skyrim VR – a standard DualShock 4 controller, or two PlayStation Move controllers. I preferred using the DualShock, even though having full control of movement on analog sticks made me extra motion sick. It feels closest to the original Skyrim experience this way, and as an added bonus my bow and magic attacks were far more accurate thanks being able to use my head as an aiming reticle.

Using two PlayStation Move controllers leads to a more immersive experience, but it breaks the balance of the game in some meaningful ways. With no control stick, you can either warp around Skyrim with a teleportation mechanic to travel, or you can change the settings so that holding down a button will make you move forward. Using the first option, navigation is easier because you can instantly warp to any nearby location, and things like traps in the dungeons become meaningless barriers because you can just warp right past them. The only downside of being over-encumbered is your warp distance is shorter, but you can warp so fast that you really aren’t held back in a significant way. Stealth is also easier when you can warp around, but you are more likely to accidentally alert those you are trying to sneak past because your arm movements become unpredictable.

The one-to-one motion-controlled combat turns every encounter into a bizarre arm-flailing experience. When using a bow and arrow you actually go through the process of placing an arrow in the bow, pulling back and releasing, and it works properly about half the time. Magic is a matter of pointing and shooting. Using a sword and shield, you grip the Move controllers as if you were holding the items, raising your left hand to block and swinging your right hand as if you were holding a sword. I suppose you could pantomime a real sword fight, but I had way more success (and comedy!) by violently waggling my hand, to resurrect an old gaming term we haven’t had the opportunity to use since the Wii. It also just generally makes combat easier, even against multiple enemies, because you can just flail your way to victory.

I also tried swimming using the Move controllers, but couldn't get it to work well. The swimming tutorial directed me to place my head below the water and move my arms as though I was swimming, but whenever I tried to dip my head below the water, the game would either auto-correct itself to keep my head above water, or I would move so low that I was out of the range of the PlayStation VR camera.

Ultimately, I don’t really mind that using the Move control options breaks the game balance. I like the novelty of playing Skyrim as a sort of gesticulating goofball wizard, but those who want a truer Skyrim experience will either have to play with a controller, or approach the experience like a method actor with the role of a lifetime.

Leveling up your character, rooting through your inventory, and talking to villagers is no different than it is in the other versions. You walk up to villagers to engage them and then pick from a series of dialogue options that appear on-screen. It's harder to navigate menus using Move controllers, but you organize your inventory and access the skill trees the same way you did in past versions.

Skyrim VR also made me sick, but I attribute this more to PlayStation VR than to the game itself. Every PlayStation VR game makes me a little ill, but Skyrim sits on the higher end of the nausea spectrum. The head bob that accompanies walking down stairs was particularly dreadful, as was jumping from high cliffs to my death. But to be fair, the latter was the result of admittedly masochistic curiosity. Whatever the reason, I won’t return to Skyrim VR because I generally prefer not having a headache.

Despite all my pessimism about this port, I am glad Skyrim VR exists. I have had good and bad experiences in virtual reality, but just about all of them have revolved around gimmicky toys designed to show off the potential of VR, without ever actually going the distance to being a fully fleshed out game. I like that Bethesda swung for the fences to try and deliver a full game in virtual reality. That is admirable, even if playing the game did give me a headache.

I would love to see more experiments like Skyrim VR and Resident Evil 7 in virtual reality, where fully featured games get ported to this still-young medium. This port is rough, but I’m still hopeful that there is a game out there that works both ways. For now, if you want to revisit Skyrim, your best bet is to boot up one of the editions you already own or grab it on Switch. 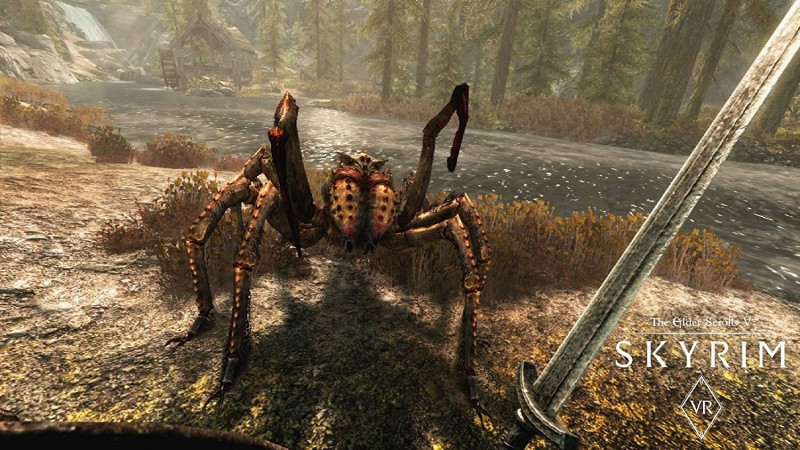 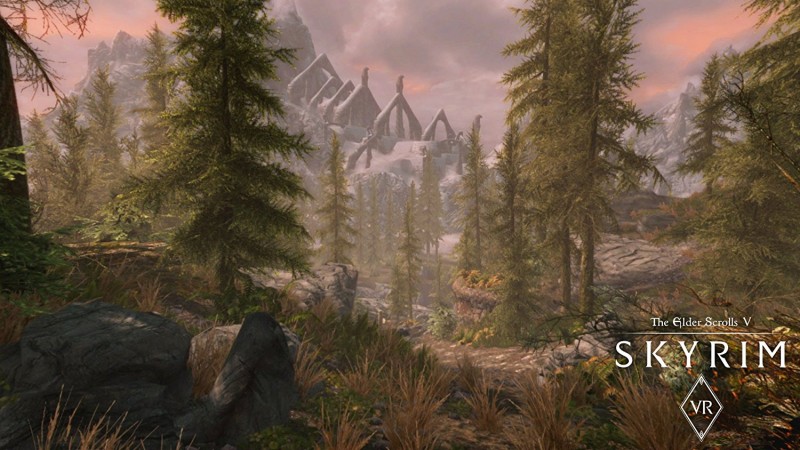 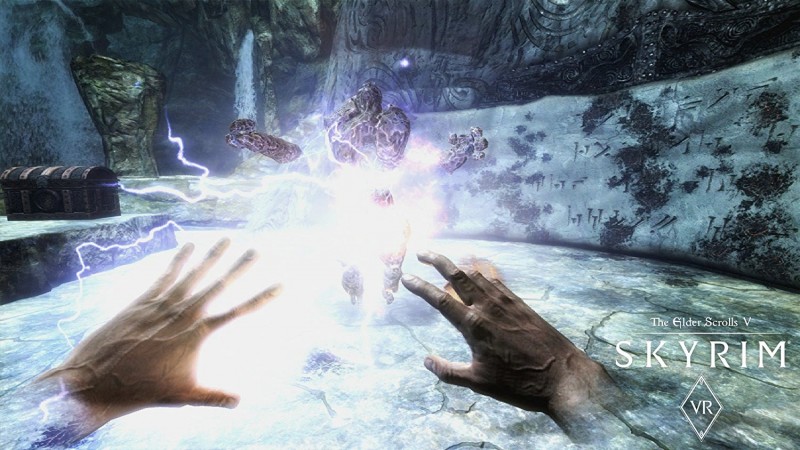 5
About Game Informer's review system
Concept
Adapt the engrossing world of Skyrim into a virtual reality experience
Graphics
Easily the worst Skyrim has ever looked. Seeing the world from a virtual reality perspective is neat, but it is clear that its visuals have been hobbled to make it work
Sound
The music is still great, and the voice acting gets the job done, but there are a surprising number of audio hiccups and glitches that are impossible to ignore
Playability
The Move controls are inconsistent and also break some of the game balancing. Using a controller isn’t much better, but your accuracy with bows and magic will be improved since you can use your head to aim
Entertainment
I’m glad Skyrim VR exists. I like seeing developers like Bethesda experiment with its fully featured triple-A games in VR, but Skyrim was not a game made for the platform and it shows
Replay
Moderate 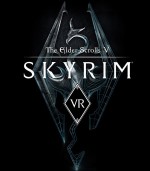