Crytek is known for its impressive visuals. Questions of overall quality aside, games like Crysis and Ryse: Son of Rome are visual powerhouses, which makes the studio’s foray into the world of virtual reality one worth paying attention to. Its movement away from violence and explosions in favor of serene mountain climbing for this new platform is an admirable step, but frequent frustrations and a heavy reliance on head movement lead to an often tiresome (but still beautiful) experience.

The Climb is a realistic take on climbing mountains that allows you to finally live out your fantasies of scaling a cliff face without sore arms. Your head movement directs a pair of disembodied hands, and pulling the triggers on the controller closes the corresponding fist to clasp onto handholds. If you hang on with one hold for too long, you fall. You can chalk for a better grip, move your head and crane your neck around corners to find the next or better anchor, and jump to faraway grabs – if you have the fortitude.

Three mountains are available for climbing, with each having three unlockable difficulties that change the experience dramatically. A short climb lasts about 15 minutes, but some of the later difficulties took me up to 45 minutes for a single climb, leading to a fairly full experience. Your floating hands are climbing the mountain only because it’s there; you have no emotional narrative driving them up the cliffside, but improving your speed and being a better climber raises your score, opens up the new difficulties, and unlocks cosmetic items like new gloves, wristbands, and watches. Several obstacles impede the experience, despite the impressive visuals and interesting climbing mechanic. The disembodied hands are functional, but seeing two floating body parts hurt my ability to insert myself into the game. I don’t feel like a person – I feel like a pair of disconnected fingers, and the unnatural effect is magnified since they are the only part of you casting a shadow.

The mechanics of climbing are also spotty. About half the time I struggled to get my hands on each hold, never quite certain what I could reach. The distance my grip could be apart while climbing felt inconsistent. When I was sure I could grab an anchor, but it would inexplicably not work, I would pull down the trigger and swivel my head around until I grabbed on. I’m not a mountain climber, but I don’t think moving your head like you’re trying to track a rogue fly in front of your face is how the professionals do it.

Part of the act of moving up the mountain and finding grips involves leaning forward and craning your neck to see around corners, or reach a just-out-of-reach hold. Simply stated, that act is not fun. Leaning and stretching your neck to progress is necessary, even in the early climbs, and it became tiresome quickly. It added to the tension on my head and neck, which could be a problem for people already prone to discomfort in VR.

It can sometimes be literally painful to make your way up to the top of the mountain, but the reward is impressive. Being in VR adds a level of believable mobility where you can track and admire the progress you make by pausing and looking around. I felt like I was up high, and the reward of getting to simply look around when making it to the top is one worth pursuing. Some of my favorite moments involved trying to figure out where the ambient sound of birds or helicopters were coming from as I looked around, taking a break from the climb. Unfortunately, the impressive vistas were not enough to keep me from dreading the next ascent.

5.75
About Game Informer's review system
Concept
Climb mountains and enjoy beautiful vistas with the aid of Oculus Rift
Graphics
The CryEngine handles the close-up fidelity demanded by VR admirably, and looking off into the environment is always worth pausing to take in
Sound
The sparse soundtrack adds a subtle sense of beauty to the landscape. The sounds of the environment sell the feeling of being intentionally stranded in a natural world
Playability
Moving and craning your neck to inspect handholds becomes tiresome quickly, and grabbing onto the ledges is trickier than it should be
Entertainment
The puzzle-like mechanics of scaling a wall are interesting, but using your neck as a controller is not
Replay
Moderate 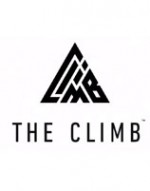