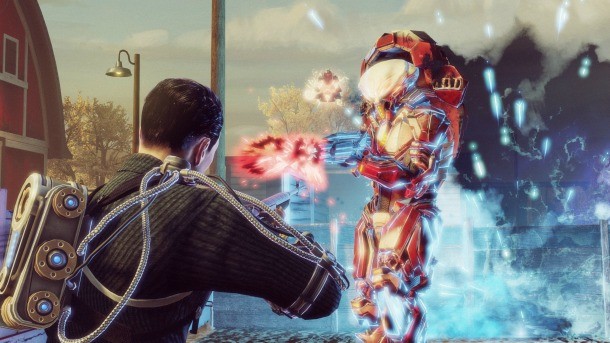 Like its secret agents, The Bureau has gone through a number of identities over many years of development before settling into its current form. All that change has resulted in a game full of interesting ideas – but not all of them are successfully implemented. This prequel to the XCOM story promises action-packed battles, but also aims for the franchise’s signature tactical sophistication. It borrows character conversations and upgrades from the world of RPGs, but doesn’t embrace the full measure of choice that comes with that genre. It wants to tell a world-altering story of alien conquest and control of Earth, but won’t do anything that would damage its continuity with the later game.

The Bureau puts you in control of William Carter, a government agent with a tragic past who is caught up in the events of an alien invasion. As the U.S. lives in fear of the Soviet Union, a far more dangerous foe arrives to threaten the American dream. Carter and the rest of the newly formed XCOM agency must hold the line against the aliens while trying to keep the public in the dark to prevent widespread panic. The nods to 1960s Americana throughout the story are great, from the anachronistic dialogue to the dated technology on display. The juxtaposition of the garish alien tech and otherworldly monsters against this backdrop makes for a compelling setting.

The circular conversation wheel, third-person cover-based action, and suite of powers at your disposal all show the strong influence Mass Effect has had on The Bureau. For better and worse, the fingerprints of BioWare’s sci-fi trilogy are all over the gameplay and story. Unfortunately, Mass Effect’s fascinating party dynamics, interesting character classes, and story choices don’t transfer over. Instead, your companions are mostly generic secret agents. Even with the ability to customize their appearance, they remain lifeless. Between missions, a few characters back at base offer lengthy conversations, but these exchanges are dull and bereft of any meaningful decisions.

The meat of The Bureau lies in the combat missions, during which Carter and his team infiltrate alien strongholds. Battles occasionally offer moments of brilliance as you fire off a slew of powers and flank the bad guys, but they are often frustrating. Enemies take too long to kill and cheap deaths seem to come out of nowhere.

Unlike a traditional shooter, The Bureau demands that you regularly pull up a power wheel and set commands for your hero and his allies. Sadly, without regular babysitting, your teammates often make terrible decisions, becoming a detriment to the mission. As in XCOM: Enemy Unknown, defeated squad members can bleed out and permanently die without prompt attention. This isn’t nearly as engaging in a fast-paced action game as it is in a turn-based strategy affair, and I usually reloaded a checkpoint rather than face the prospect of building a new agent.

Early battles are frustrating as you get a handle on the stiff aiming and required tactical tools, but the game hits a sweet spot about halfway through. Armed with a number of interesting powers like lift, drone deployment, mind control, and turret placement, working through the well-designed battlefields and getting the drop on your foes is fun. Anyway you cut it, The Bureau is not designed to be easy, and higher difficulties present a potent challenge.

As it winds towards completion, the plot jumps the rails more than once. I lost touch with what was going on, but eventually I was charmed by the pure insanity on display. Even as the story wears out its welcome, some gonzo story points and exciting choices reinvigorate the final act. I wish more of the game was characterized by the dramatic decisions found in the final hours. The Bureau tries to be many things, and succeeds only moderately at most of them. Even so, I’m happy this long-in-gestation project has finally seen the light of day. 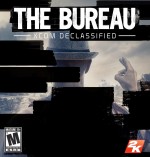 The XCOM prequel explores a number of ideas inspired by a number of other games, but doesn't manage to excel in any one area.

Purchase More Info
7.5
i
Game Informer's Review System
Concept Repel an alien invasion during the height of the Cold War in a prequel to the sci-fi XCOM story
Graphics Early 1960s America is well presented. Colors are muted, calling to mind TV and movies of the period
Sound Tense and atmospheric music is muddied by too much repetition and occasional sound effect and voice bugs
Playability Success is contingent on learning and using the strategic options. Early battles can be frustrating since you have fewer options
Entertainment Even with a confusing plot and balance issues, The Bureau’s mix of tactics and action is engaging
Replay Moderately Low