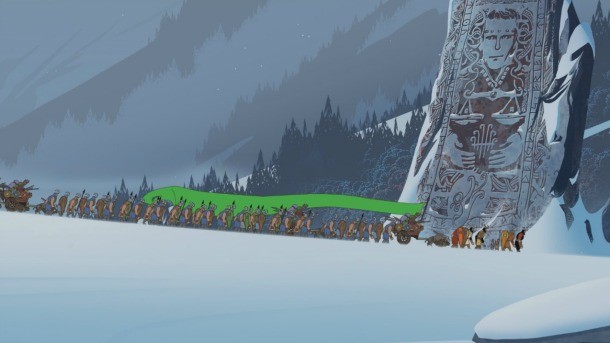 The Banner Saga is a story-driven strategy game, which raised over $700,000 on Kickstarter. Stoic Studio, the small indie team behind the game, is made up of ex-BioWare employees.

In the video below, the developers explain how travel gameplay elements have an effect on the player’s story and the characters the player meets.

The Banner Saga hopes to deliver a unique story with its low-fantasy approach to Norse mythology and its emphasis on player choice. If you want to see more of The Banner Saga before its January 14 launch date, see their announcement trailer here.