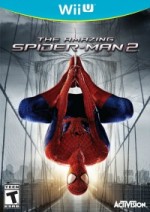 Spider-Man’s open-world shtick has been overplayed so
many times that his puns look fresh by comparison.

Purchase More Info
5.5
i
Game Informer's Review System
Concept An open world-action game starring everyone’s favorite wall crawler, but only loosely connected to the latest movie.
Graphics The PlayStation 4 and Xbox One versions looks only marginally better than last generation, and I look more like Andrew Garfield than his in-game counterpart
Sound The voice acting is fairly generic, but Spider-Man’s repetitive one liners will rub up against you like a cheese grater
Playability The controls are easy to pick up and combat is quick, but the action is highly repetitive and ultimately boring
Entertainment Swing between the skyscrapers of New York, stop petty crimes, punch the Green Goblin in the face – you’ve already played this game
Replay Moderately Low