When Spider-Man debuted in 1962, his publisher had so little faith in him that it shoved the initial 15-page story into a comic book anthology on the verge of cancellation. The character proved resilient, spawning an endless series of comics, television shows, toys, and movies. More than 40 years later, Activision introduced Spider-Man to the open world video game genre. Spider-Man 2 captured the imagination of fans and critics, and it spawned a series of like-minded sequels that were met with mixed success. Sometimes, good ideas grow stale.

I had high hopes that Amazing Spider-Man would make the wall-crawler a respectable gaming hero once again. Spider-Man has already proven he’s a great fit for the open world formula, and developer Beenox showed some early promise with Spider-Man: Shattered Dimensions. Sadly, not only does Amazing Spider-Man fail to deliver, it may also diminish my enjoyment of this summer’s film.

The game serves as a sequel to the film, but Activision has released it before the movie premiere. This was a mistake. I haven’t seen the movie yet, but now that I’ve played the game I’m pretty sure I can guess all of the film’s major turning points, since at least a few are referenced in the game.

Not only does the game coast on the movie’s fumes, it lacks any exciting story moments of its own. After a number of cross-species experiments break out of Oscorp, Spider-Man enlists the help of Dr. Curt Connors to help round them up. Alistair Smythe poses as a major villain who irrationally blames Spider-Man for all his problems, Spidey saves Gwen Stacy from almost certain death a couple times, and he eventually helps Connors come back from the edge of reptilian madness. This by-the-numbers plot also suffers from dialogue so clichéd I kept expecting Spider-Man to say, “I’m getting too old for this s---!” I love that Spider-Man is a smart-mouthed hero, but unless that dialogue is sharp it merely comes across as childish and annoying.

The gameplay fares slightly better, but it’s far from amazing. Open world game design has evolved a lot since Spider-Man last swung through one, but very little has changed in Spider-Man’s Manhattan since 2008’s Web of Shadows. The best part of many open world games is the array of unique activities strewn around the environment, but Amazing’s Spider-Man’s world fails to come alive. Cars move through the street and pedestrians circle the blocks, but Manhattan lacks the verisimilitude it desperately needs to push you to explore the city and experience its content.

The repetitive side missions don’t help encourage exploration, either. Players can choose to save civilians from one of New York’s hourly muggings, collect random (sometimes flying) comic books, or race across the skyline collecting flares, but not many side missions are compelling enough to draw you in for a second round.

Fortunately, the game has a few notable features. Combat – while shallow – is fun and looks great. Spider-Man bounds through crowds of enemies and twirls around his opponents with the proportional speed and grace of a spider. Amazing Spider-Man’s animation work outshines its simplified combat, but I still had fun pounding on the attack button and taking down enemies with well-timed takedowns while dodging enemy punches using spider sense.

The animation work shines in other areas as well. Beenox made a big deal of its new Web Rush mechanic, which allows players to slow down gameplay and pick a destination for Spider-Man to zip toward. Web Rush isn’t a game changer, but it’s undeniably cool to watch Spider-Man bound over a bus and then parkour off the side of building before landing a perch at the top of a lamppost.

I have mixed feelings about the stealth mechanics. I love crawling across the ceiling and swooping down to tie up enemies with my webs, but after only a few tech upgrades, I had no trouble webbing an entire room full of enemies to the ceiling. There is little consequence to getting caught, and enemies immediately forget about you after you swing around the corner, so it’s easy to exploit the game by sneaking through every level.

Like one of Spider-Man’s arch-villains, Amazing Spider-Man is deceptive. The game displays a lot of promise early on, but it devolves into mediocrity after you’ve invested a few hours learning its basic systems. I had fun beating some Spider-slayers into trash compactor cubes and watching Spider-Man dance over the heads of hordes of lizard-like foes, but only the most stalwart Spider-Man fans will appreciate Amazing Spider-Man considering all its faults. 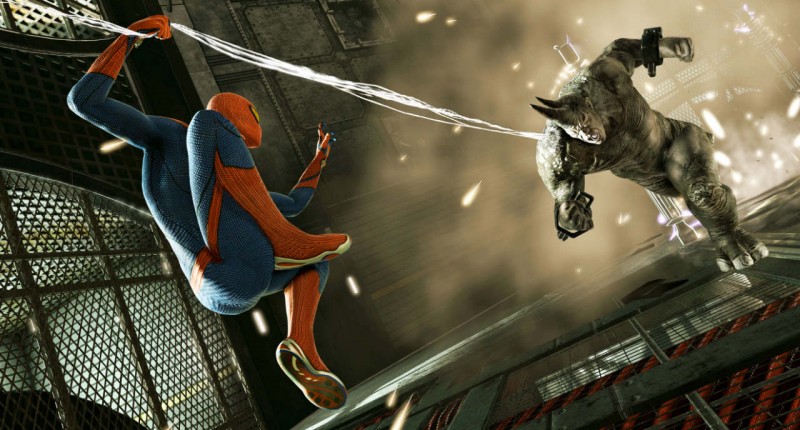 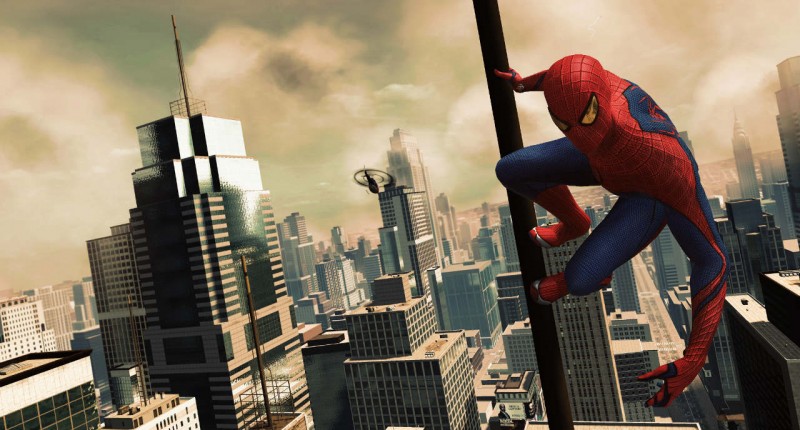 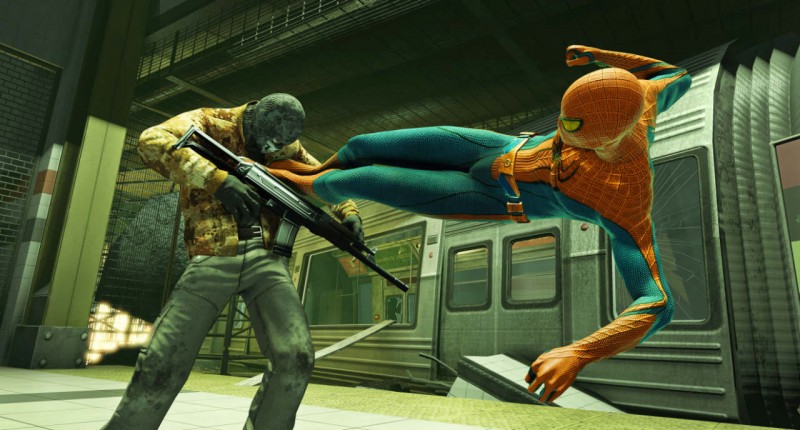 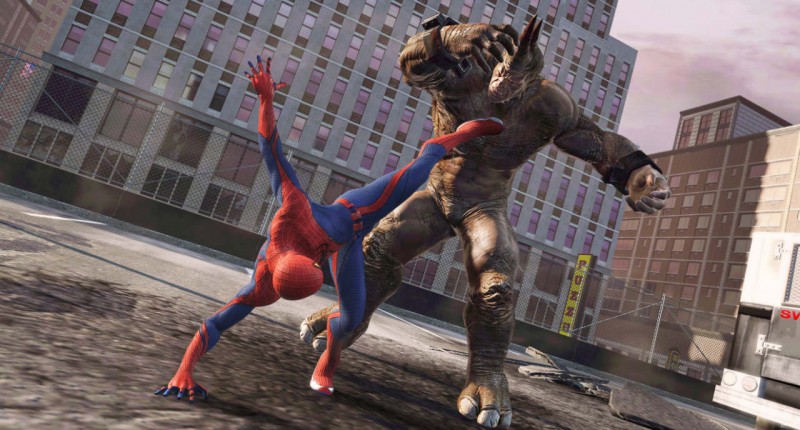 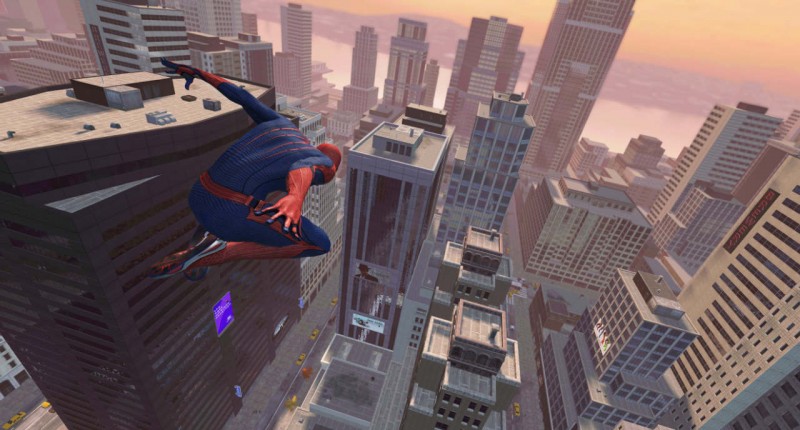 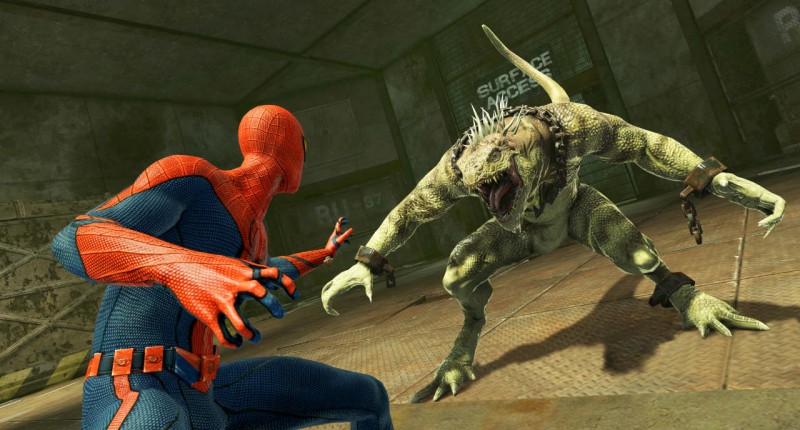 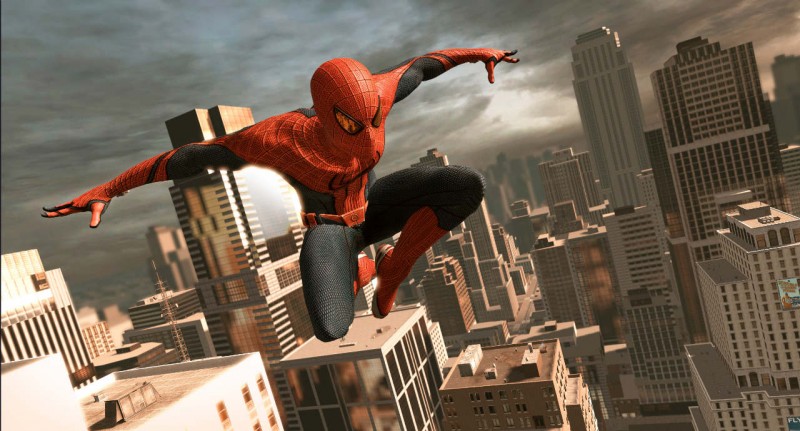 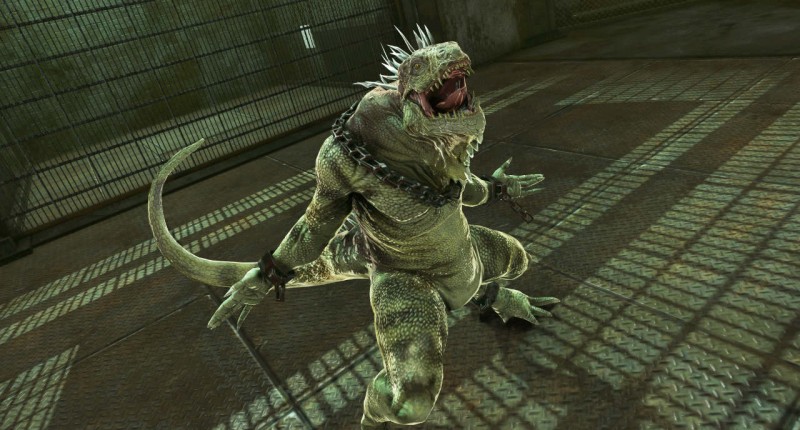 6.75
About Game Informer's review system
Concept
Spider-Man jumps back into the open world of Manhattan, but the story is generic and the side missions are repetitive
Graphics
New York looks fine and the character design is passable. Thankfully, the animation work is fantastic
Sound
Amazing Spider-Man’s music is nothing special. Voice actors from the film do not lend their talents to the game
Playability
Spider-Man’s speedy wall crawling occasionally makes navigation difficult, but the lack of challenge in the fistfights and stealth mechanics, makes this game a breeze
Entertainment
Swinging through the streets of Manhattan is still a thrill, but Spider-Man needs more excitement in his life
Replay
moderately low 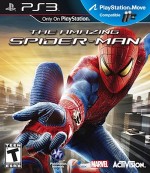