The Adventures of Tintin: The Game Review You may have never heard of Tintin, but it’s a big deal in Europe. Since this highly regarded Belgian comic book series created by Hergé debuted in 1929, it’s been translated into more than 80 languages and has sold more than 350 million comics. Now the famed Belgian reporter is getting his moment in the spotlight Stateside thanks to the new animated film directed by Steven Spielberg. As with any action-adventure film these days, Spielberg’s reimagining of Tintin is accompanied by a game adaptation.

In this game, Tintin strives to uncover the treasure of the Unicorn, an old ship that was sunk by its own captain. The awkwardly told tale lacks any emotional connection; things just sort of happen, characters just sort of meet, and everything seemingly happens by circumstance. Thankfully, Tintin is an enjoyable character, and Haddock, the descendent of the captain of the Unicorn, is well acted. Those two are enough to keep the game going.

Players spend the majority of the game platforming through 2D environments. These levels offer much more than just jumping from platform to platform. Players solve puzzles, fight enemies in hand to hand combat, and even do some sneaking. It’s immediately understandable, easy to grasp, and it plays great. Both Tintin and his dog Snowy move well through the environments, and Ubisoft did a great job of adding clever touches that give the game a distinct personality. Defeated enemies collapse in humorous heaps on the floor, and throwing found objects like ricocheting beach balls to take down multiple enemies and hit switches is entertaining.

To break up the platforming, players occasionally pilot planes, drive motorcycles, sword fight, and explore 3D environments. Most vehicle segments handle well, but are undermined by their simplicity. You will also ride in the sidecar of the motorcycle and do some on-rails shooting as Haddock controls the vehicle. These sequences end up being the most frustrating, as enemy vehicles drop unavoidable obstacles in the road that are difficult to destroy, and Haddock refuses to drive around them.

The Adventures of Tintin also features a two-player cooperative mode where players control Tintin and Haddock. This separate experience has a standalone story that begins when Haddock hits his head and falls into a dream. Players are transported into Haddock’s unconsciousness, an odd setting that Ubisoft leverages to create bizarre levels and scenarios. While journeying through Haddock’s mind players unlock things like big head mode and other strange costumes that would be out of place in the single-player game. Some moments surprisingly reminded me of the Scarecrow levels from Arkham Asylum, a comparison I never expected to make. Unfortunately there is no online multiplayer option for this mode.

Though most licensed games that release simultaneously with the films are destined for the bargain bin, The Adventures of Tintin is better than most. The 2D platforming is clever, the co-op game separates itself from the main game in an interesting way, and the Kinect implementation works well, even if it is just the typical minigame addition. Ubisoft has succeeded in making a fun complement to the upcoming Spielberg film that young fans should appreciate.

For the Xbox 360 version, Ubisoft implemented an entirely separate set of minigames that take advantage of Kinect functionality. These versions of sections pulled from the main game feature sword fighting, airplane piloting, and two games related to the motorcycle sequences. The Kinect controls work well with these games, and I found myself having fun without too much embarrassment. But as with most Kinect games, the fun is fleeting. I wouldn’t recommend buying the game for the Kinect features, but it’s an interesting addition. 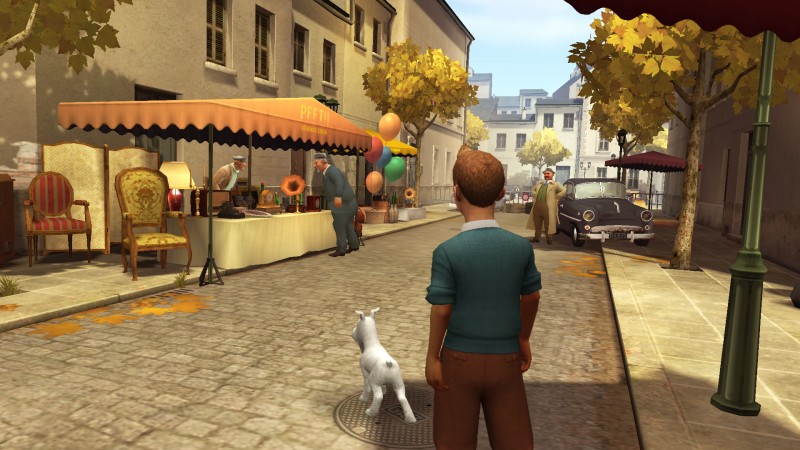 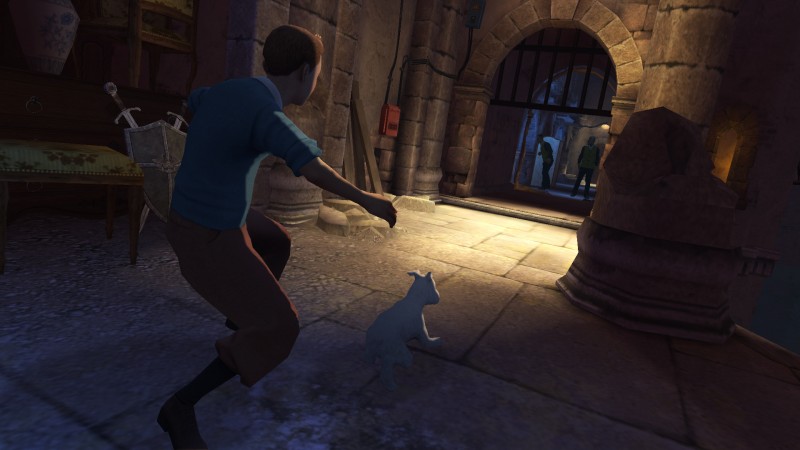 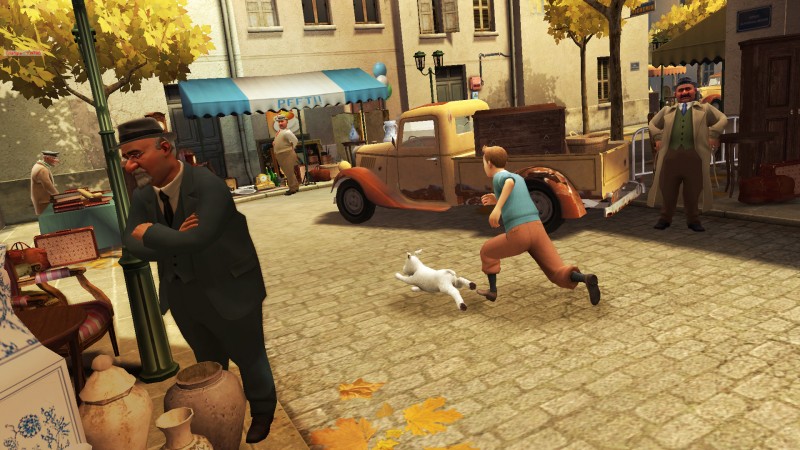 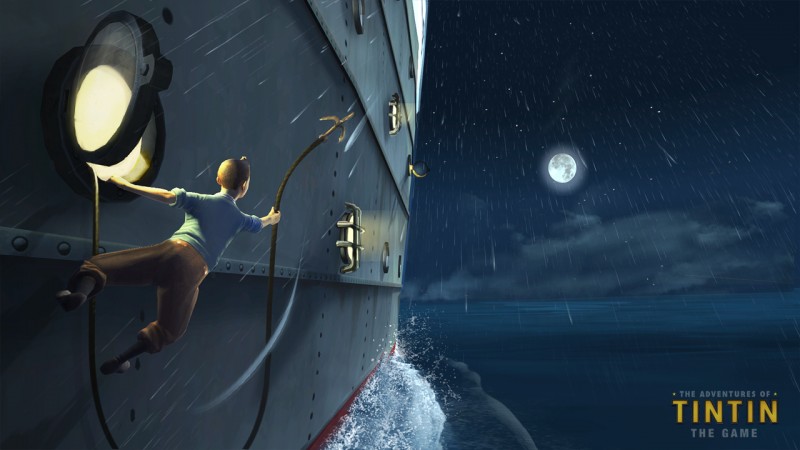 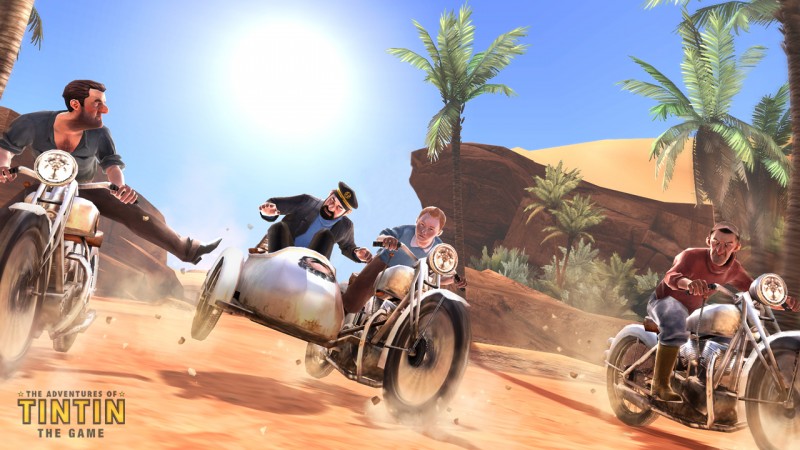 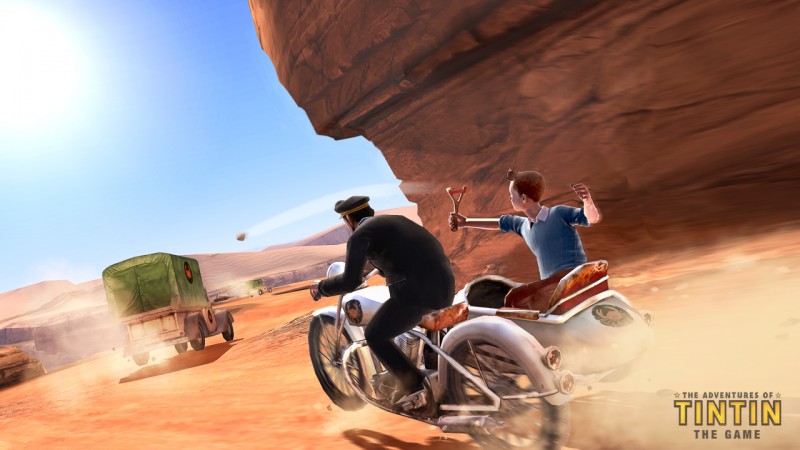 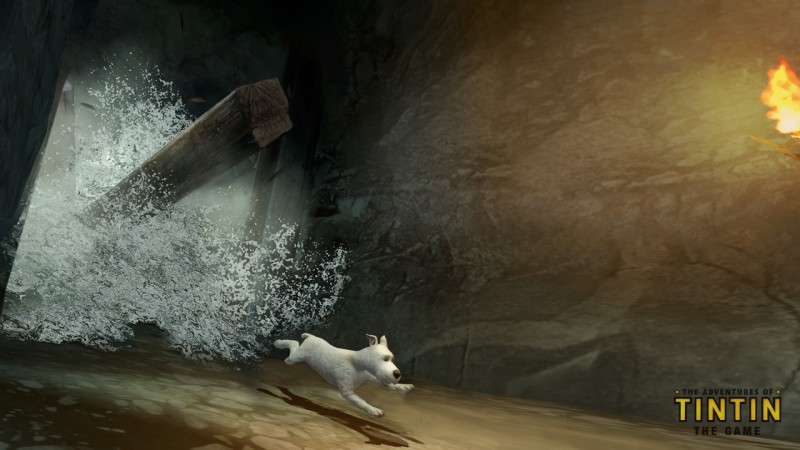 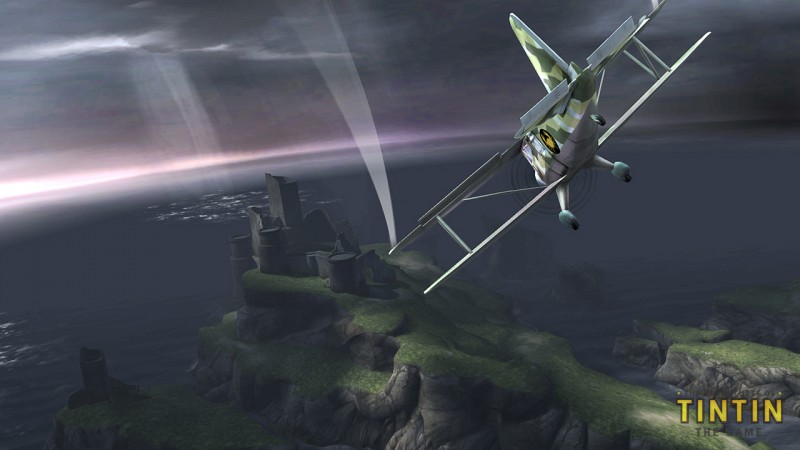 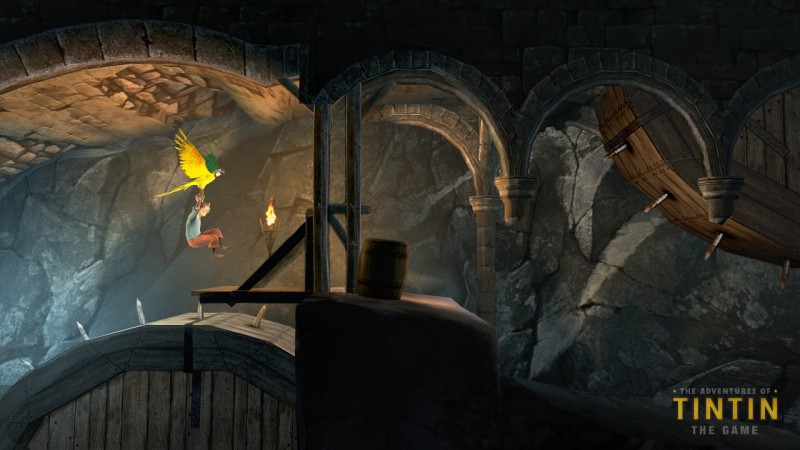 7.75
About Game Informer's review system
Concept
Take the upcoming Spielberg film based on a European comic and deliver an experience that feels like a child’s budget version of Uncharted
Graphics
Cutscene animation is rough, but gameplay animation looks great. It has a colorful style, but doesn’t exceed any expectations
Sound
The music accents the action nicely. Voice acting is cartoonish, which works well in case of Haddock. Everyone else just gets a passing grade
Playability
The game plays best from the 2D perspective, but other sections that have you piloting planes and motorcycles, and exploring a 3D environment are decent additions
Entertainment
It’s a simple platformer with an oddly paced story, but it is better than the average movie tie-in
Replay
Moderate 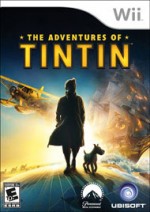 The Adventures of Tintin: The Game