The Adventures of Shuggy Review

Smudged Cat‘s Spooky Platformer Offers Plenty Of Challenging Twists
by Bryan Vore on Jun 20, 2011 at 11:43 AM The Adventures of Shuggy is the first full Xbox Live Arcade game from developer Smudged Cat Games, and it appears the team has learned from its Xbox Indie projects Timeslip and A Bomb’s Way. Shuggy is a solid entry in the “difficult platformer” genre (Super Meat Boy, N+) that stands out from the crowd thanks to its cartoonish Halloween theme.

Shuggy is a cute little vampire creature who inherits his grandfather’s massive castle. The only problem is it’s full of all kinds of monsters. Over 100 rooms populate the structure, and each one contains a different challenge.

When entering a new room, you never know what to expect. The only constant is that you have to collect all the green gems to clear a stage. Sometimes this just requires making tricky jumps while dodging spiders, spikes, and wasps along the way. Most of the time, however, the tricky platforming is combined with plenty of brain straining.

Some rooms give you full control of room rotation, allowing Shuggy to run on walls and ceilings. Other times you must guide little orange creatures to free caged gems, outrun a spike ball chasing you down a corridor, or wind a magic rope around several gears to open the path ahead. In a nod to P.B. Winterbottom, another game type records you and automatically sends out a clone that mimics your movements. The twist? The clones will kill you if you touch them.

These examples are only a taste of the surprising assortment of gameplay that Shuggy offers. This constant flow of new challenges is the game’s greatest strength, but not every mode is as good as the last. I particularly disliked the zombie mode in which your character moves automatically while you control the height of his jumps by holding down the button for different lengths of time. Platforming is all about control, and not having any is no fun.

Prepare to die a lot, as one hit from even the smallest enemy sends you back to the start of the stage. Fortunately, the stage reload is the fastest I’ve ever seen, so you won’t have long to linger on that last death. Despite this smooth system, it doesn’t help calm your frayed nerves on the longer, harder, more complex levels when you bite the dust going for the very last gem.

Each of the separate castle corridors contains a menacing boss with a unique battle mechanic. For instance, one forces you to create multiple clones of yourself to stand on switches to rob a possessed boiler boss of its steam power, while a later zombie scarecrow requires you to chase it down with a glowing cross, tricking it into a trap.

The difficult boss battles are the only bottlenecks in the game. If you hit a particularly tricky normal stage, you can branch off and try other levels in your quest to unlock the next room. If you’re having trouble on a boss, however, you’re stuck until you can beat him.

Shuggy also contains over 30 co-op levels specifically built for two players. This mode encourages constant communication as you hit switches for each other and go for your allotted gems. Most of the gameplay twists from the single-player experience are present here in addition to new options that could only be accomplished with a partner, like steering the platform he or she is riding through spike-lined corridors. If either of you dies, however, both of you need to start over. Be prepared for shame and resentment alike. Unfortunately, co-op mode is not available for online play, and the only online option is a throwaway head-to-head mode that pits two players against each other in a competition to collect the most gems.

If you’re a fan of games like Super Meat Boy and you’re looking for some interesting twists to the platforming genre, The Adventures of Shuggy is worth checking out. Smudged Cat’s first entry in the big leagues is a promising start, and has me excited for the studio’s next project. 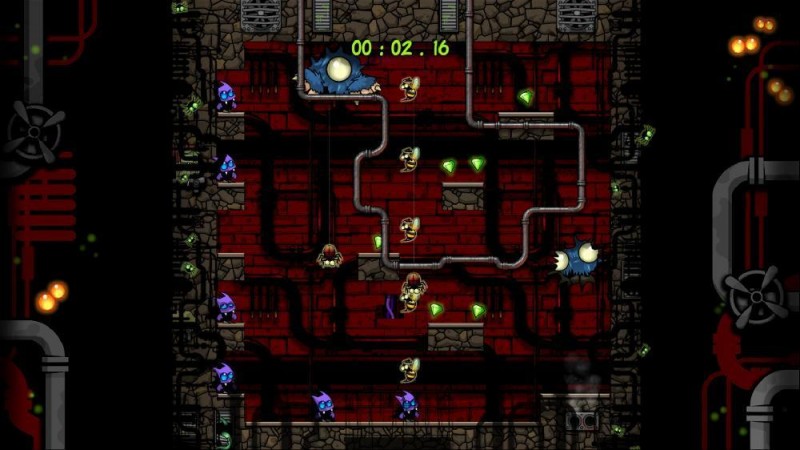 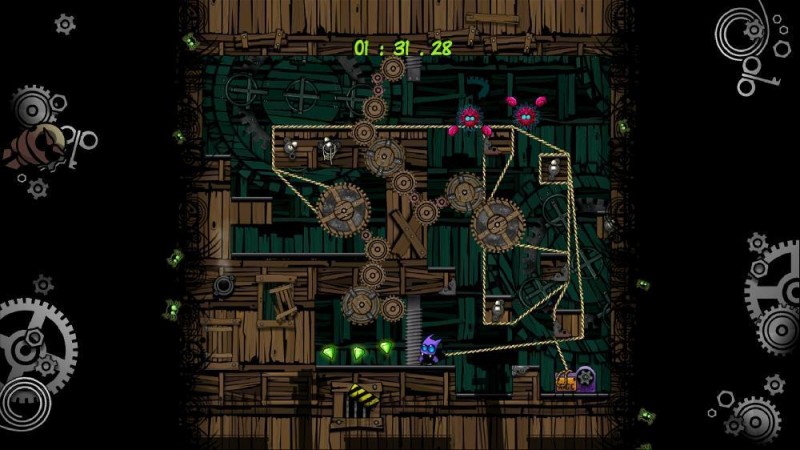 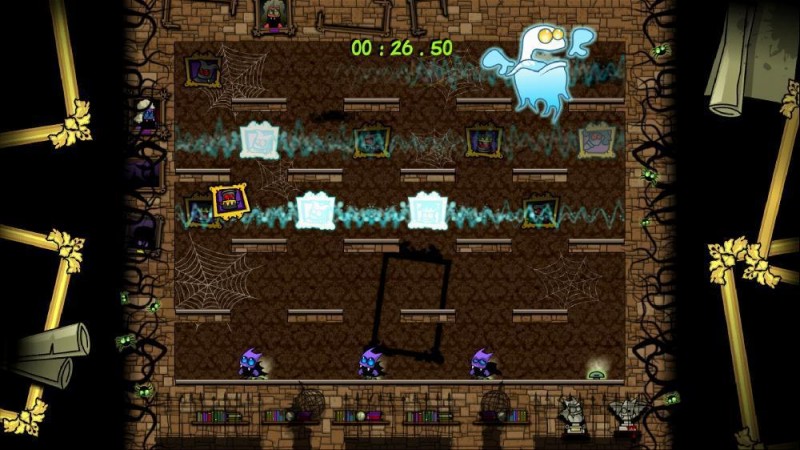 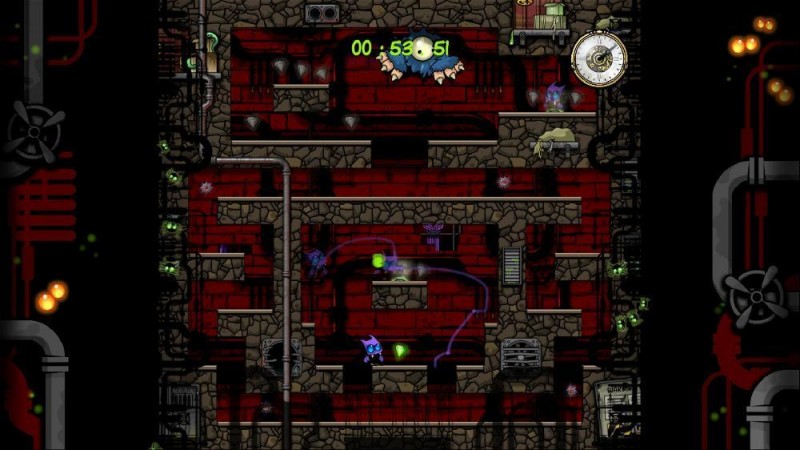 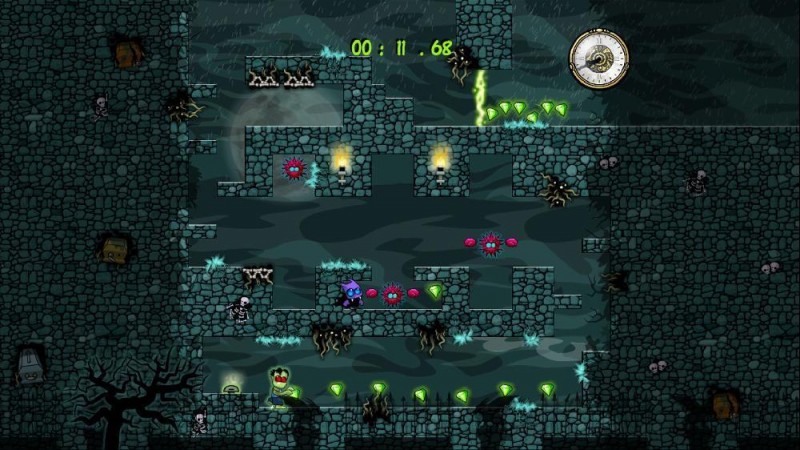 8.25
About Game Informer's review system
Concept
Throw new ideas at the platformer genre and see what sticks
Graphics
The cute haunted house vibe stands out in the genre
Sound
The music doesn’t offend, but it’s not memorable either
Playability
Jumps feel floaty at first, but you eventually get used to the range and momentum
Entertainment
Constant game type variety keeps things fresh
Replay
Moderate 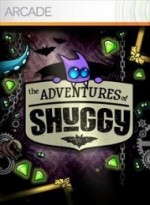 The Adventures of Shuggy