Gamers who have stayed out of the Tetris loop for the last few years may just be overwhelmed with the wide variety of different modes in Tetris Axis, the new collaboration between Hudson Soft and 11th-hour publisher Nintendo. Those who have played any of the developer’s previous Tetris Party titles on Wii and DS will recognize most of the content from previous entries.

The new standout mode this time around is called Fever. Taking a page from the Bejeweled Blitz playbook, Fever gives players a minute to score as many points as possible on a playing field only six blocks wide. You get bonuses for clearing lines with matching colors and can spend coins on power-ups that will do things like fill in open spaces or turn the whole board one color (which creates bonus point opportunities). Fever’s focus on speed and point strategy is a nice counterpoint to the lengthy, traditional marathon mode.

If you’d rather dump blocks on rivals than attempt to rack up a high score, you can battle a series of A.I. opponents who look like Bomberman dressed up in a variety of costumes (knight, mummy, maid, etc.). You earn special items that will send meteors at your opponents, mess with their controls, swap Tetris boards, and more. These can help tip the scales of victory in either direction quickly, so those not okay with random factors should turn these off.

Once you pull yourself away from these more traditional modes, the Party section features many wild Tetris remixes. Jigsaw has image segments on top of Tetris pieces and you fit them together to match the final picture on the bottom screen. It starts out with simple colors and squares and moves quickly into more complex images and shapes. In Fit, a square grid with missing sections drifts toward you and you have to fill in the gaps by shooting tetriminos in the proper configuration. It works best with the 3D slider cranked up; the depth enhances the experience and the simple controls make it easy to keep the screen in the sweet spot. Repeated modes like Stage Racer (where you guide a tetrimino through an obstacle course), Shadow (fitting blocks inside a silhouette), and Bombliss (explosives embedded into blocks) are welcome for newcomers, but after playing previous Tetris Party games in their many forms they feel like too much of the same thing.

Master mode returns to challenge the most hardcore of players. Tetriminos appear already fully dropped at the bottom and you have to rotate it into the most preferable place. Some longtime master players may be disappointed that you can spin the pieces indefinitely before locking them into place rather than only getting a few rotations like in older games.

The 3DS’s augmented reality feature is used on a couple modes, though it’s not much more than a novelty. You aim your system at an AR card on a table and a Tetris board appears to float in real life. As you clear out small boards, the angle of the playing field twists so that you have to scamper back and forth around the table to see the action. This is definitely not made for playing on the bus.

Multiplayer is extremely flexible, supporting local play with multiple game carts or download play from a single cart. Versus battle is available across all options, though local multi-cart play contains the most modes. Internet play offers battles only with up to eight people. Unfortunately, friends and strangers are cordoned off in separate modes rather than allowing a mix of the two. Online leaderboards allow you to show off single-player scores as well.

Tetris Axis is another bright spot on the puzzle series’ legacy, but some of the aging modes trip things up for veterans. If you’re a 3DS owner in the mood for core Tetris without extra experimentation, keep in mind that the eShop already offers Tetris Party Live for only $5. 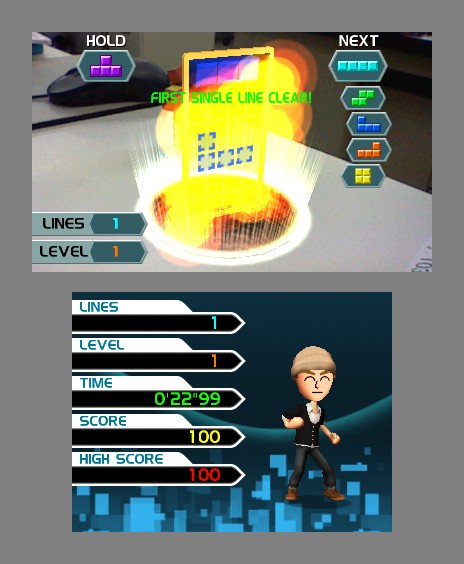 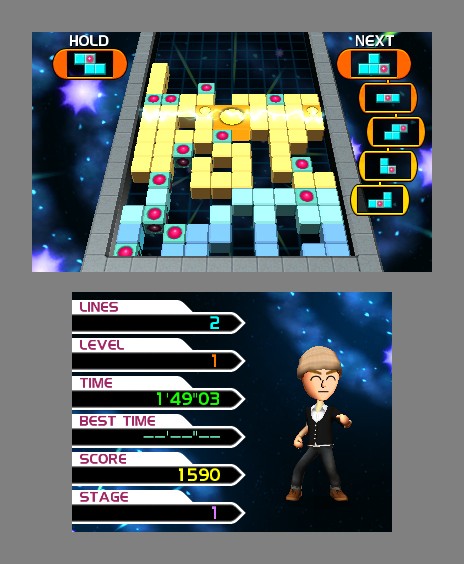 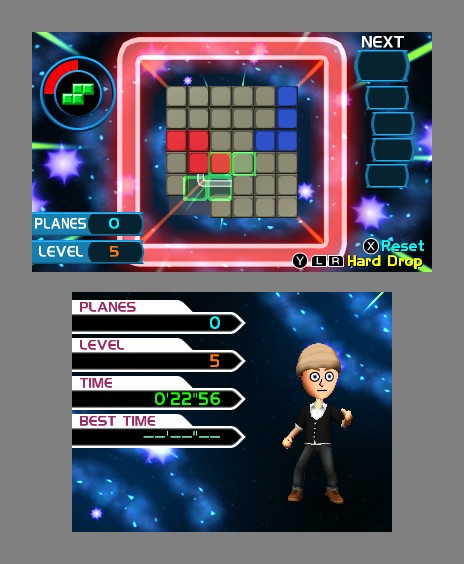 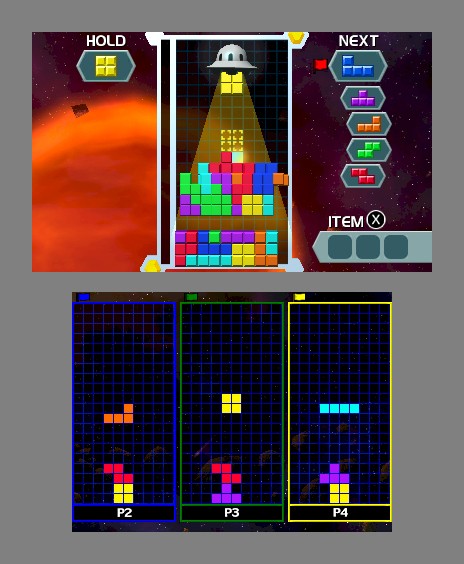 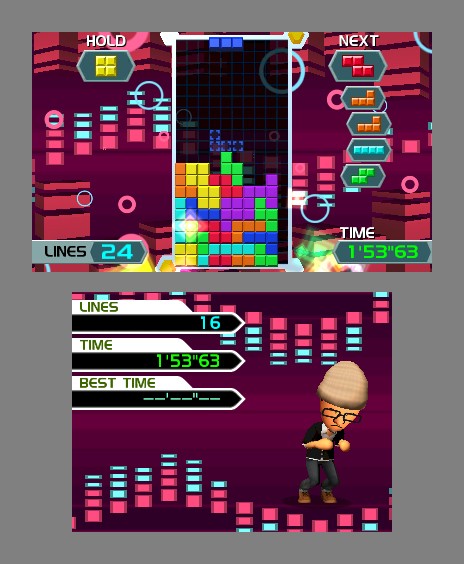 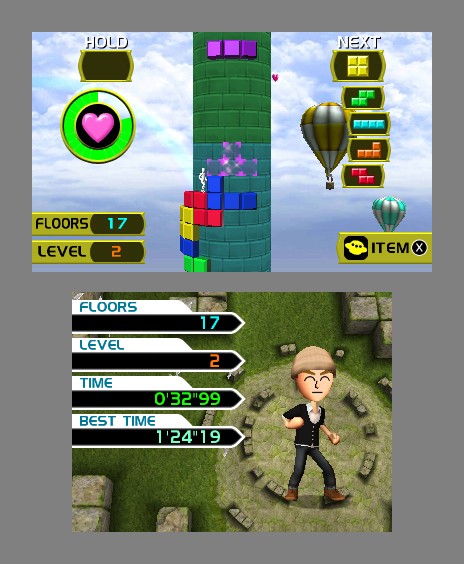 Gamers who have stayed out of the Tetris loop will be impressed at the variety of modes on display, but Tetris Party fans will recognize much of the content.

Purchase More Info
8
i
Game Informer's Review System
Concept Add more minigames to the Tetris Party framework
Graphics Be prepared to watch your Mii dance endlessly in the corner during most of the game for some reason
Sound Most of the soundtrack consists of light techno, including an electronic take on the original theme
Playability Hudson Soft smartly disabled the circle pad to force players to use the more precise d-pad
Entertainment Fans looking for new experiences in addition to classic marathon and battle modes will find plenty to explore here
Replay Moderate