Drive Into a Virtual Paradise
by Matthew Kato on Feb 01, 2011 at 09:03 AM
Publisher: Atari
Developer: Eden Games
Rating: Teen
Reviewed on: PlayStation 3
Also on: Xbox 360, PC I’ve never been to Ibiza or the Hawaiian island of Oahu, but the way they are presented in this game is what I’d expect. Life on these two island paradises half a world apart is laid back and yet full of fun diversions everywhere you look. Still, you can take things at your own pace. Wait a minute – isn’t this supposed to be a racing game? Where’s the race for first place? Believe it or not, Test Drive Unlimited 2 encapsulates these two extremes to different degrees. The game’s all-encompassing approach satisfies varying tastes and ends up being a versatile utility vehicle.

Developer Eden Games succeeds in creating an open-world racing title that blends online racing, single-player career competitions, and free ride exploration into one cohesive experience. Games like Burnout Paradise have done this before (and in some ways better), but two of the key things that make TDU 2 stand out are the locations and its various leveling categories that are all linked together.

You gain XP in the Social, Discovery, Competition, and Collection categories by doing related activities such as making a community challenge (Social), completing photography assignments (Discovery), defeating other racers in competitions (Competition), buying houses (Collection), and much more. In turn, these four categories’ make up your overall rank in the game.

Although the four categories’ levels are separated, they feed into each other. For instance, cruising around and finding new roads and manufacturer-specific upgrade shops earns you Discovery points. Exploring the islands is how you find the various showrooms that may be required to compete in a race as well as further your burgeoning car collection for Collection points.

If anything, the Discovery category itself is a tad too important. A few times I felt like the game was pushing me to spend time free-riding around the islands just to find an upgrade shop or even a shirt I wanted. I also didn’t feel I was getting enough Discovery points when I was staking out uncharted territory.

But every time I got uptight about this structure, I would find a wrecked car with my onboard metal detector, spontaneously challenge an online player to a race, or even take on a photography mission, and I’d be having fun again.

The islands themselves also prove to be a great tonic for my ills. Not only are the environments beautiful, but the varied terrain is great for racing. Hills, offroad switchbacks, tight city corners – there’s a lot to tackle. Furthermore, the real streets mean you have a little less width to work with (sometimes there’s even oncoming traffic), and plenty of roadside objects like signs add a layer of danger. Even the time of day can become a factor. I once kept retrying a particular race so much that I had to race it from dusk until dawn the next day – and it was far easier once the sun was back out.

Unfortunately, this cool environment is filled with too many races that lack difficulty. The roads themselves are more of a challenge than the AI racers. I could routinely beat the competition while driving lesser cars. Even though you’re racing against characters in the Solar Crown, on the track they showed no personality at all. Apart from some occasionally cool modes like an around-the-island endurance race, blowing through speed cameras in any order, or the online Follow the Leader race (where only the designated leader of the pack can see where the next checkpoint is), most of the Competition races don’t have any sizzle.

Test Drive Unlimited 2 might be lacking in some areas, but this is one instance where the sheer quantity of features prevails since their structure is thoughtful enough to make this game more than just a lazy vacation. 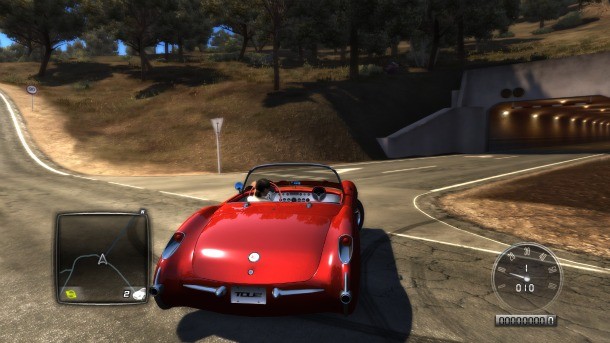 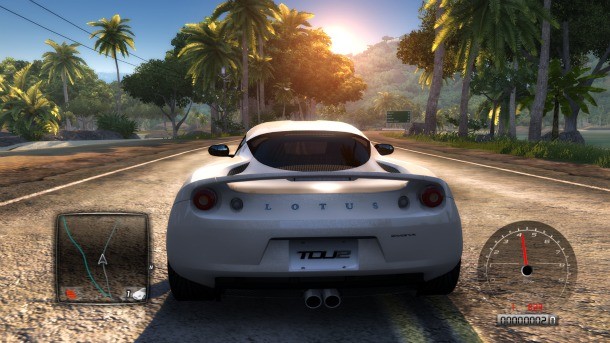 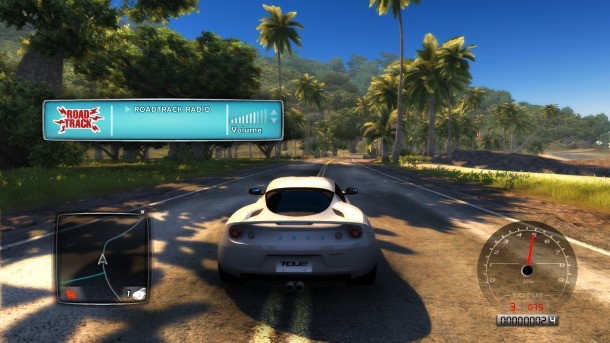 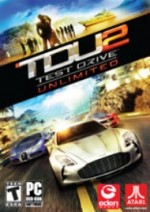 Test Drive's mash up of racing, lifestyle trappings, and gaming carrots is intoxicating and worth checking out.

8.5
i
Game Informer's Review System
Concept Have car will travel. Ibiza and Oahu are yours for the cruising
Graphics Seeing the day-to-night cycle come and go is a gorgeous sight, and overall the game looks great given the sheer amount of content
Sound You have two radio stations in your cars – the electronic Hariba Radio and Road Rock. Too bad you can’t import your own tunes
Playability You’ll be able to notice cars’ different acceleration, overall speed, and other characteristics, so developing a full garage is useful
Entertainment It’s as fun as a vacation on a resort island should be
Replay High