Tembo is on a mission. An evil military force has taken over, and it’s up to this peace-loving pachyderm to come out of retirement and stomp them out – permanently. After applying some Rambo-style face paint and getting airlifted to the front lines, the giant is ready to flatten the bad guys while providing safe passage for rescued hostages on his mighty back. Tembo the Badass Elephant’s flimsy story is right at home with the rest of this character-driven platformer, which harkens back to the genre’s roots.

Tembo the Badass Elephant isn’t quite as badass as its title may enthuse. It ticks off most of the classic platforming tropes – conveyor belts, disappearing platforms, and crushing pistons appear in bulk – but doesn’t seem to add much of its own. Aside from a few satisfying moments that involve pushing enormous bowling balls, I’ve experienced nearly everything that Tembo offers before.

Our hero is a self-sufficient creature, power ups be damned. He can do a running dash that, thanks to his tusks and boundless enthusiasm, allows him to crash through all but the hardiest objects. His trunk can spray out fires with water, but it’s more often used as a powerful melee attack. And when Tembo encounters sizeable gaps, he can extend his already impressive leaps with a gravity-stretching hover move. He’s no Dumbo, but he’s agile enough to work his way through the intense platforming sections. So much of a platforming game’s success rides on the character’s controls, and Tembo generally handles well. I plummeted to my death a few times accidentally because the same button is used for running and activating his mid-air roll attack, but that was on me. He is a bit slow to recover from failed sprinting-jump attempts, which can be frustrating, and occasionally fatal.

The levels are reminiscent of early Sonic games, with large areas featuring plenty of vertical exploration. I enjoyed trying to move off the beaten path to rescue hostages, 10 of which are hidden in each level. You get little medals for finding ‘em all and scouring each level of enemies, but those didn’t provide much of an incentive for me to replay the levels.

The first few stages set Tembo up as a slightly more lumbering Sonic type, but he doesn’t keep that tempo up for long. Once your armed opponents pose more of a threat than the environments, you have to slow down and take a more tactical approach to your movement. I found the transition jarring at first; once I was conditioned to barge into areas and stampede my way through as quickly as possible, it was tough to put on the brakes. Tembo’s health bar is generously long, but he’s all too mortal. In later sections, you’re required to clear enemies from gated sections to proceed. If you’re foolish and try to blast through these areas, you’re going to become quite familiar with the “Elephant down” screen. Instead, you have to inch along, carefully waiting for the various tanks, choppers, and foot soldiers to fire off their shots, assess the safe spots, and clear out enemies when you can. Once its start-stop-start rhythm clicked, I had a good time knocking the baddies out like tiny dolls and flipping tanks over like card tables.

Game Freak is pretty generous with lives and checkpoints, but don’t expect to breeze through without a challenge. Auto-scrolling sections are unforgiving, and they drag on for entirely too long. The last boss is, appropriately enough, a particular pain. He was fair in retrospect, but that didn’t reduce the fury I felt after each failed attempt. If only my skin were as thick as Tembo’s.

They say an elephant never forgets, but that doesn’t mean you can’t forget an elephant. Tembo the Badass Elephant is charming and fun while it lasts, but its by-the-numbers gameplay makes me doubt that it will leave a lasting impression on anyone. 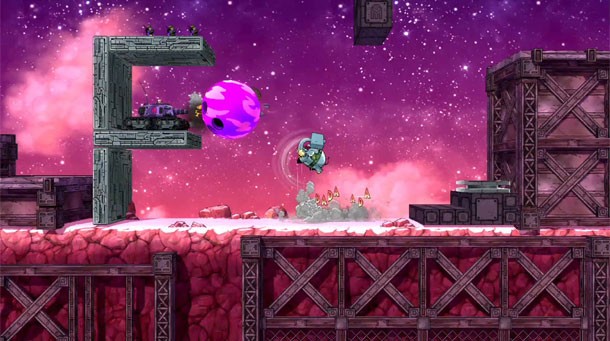 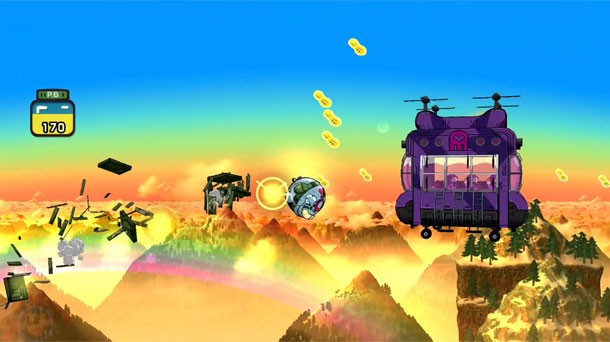 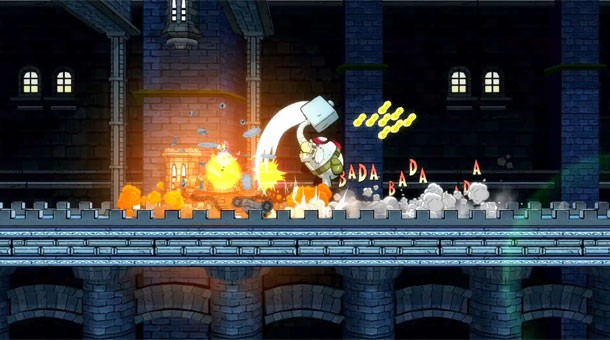 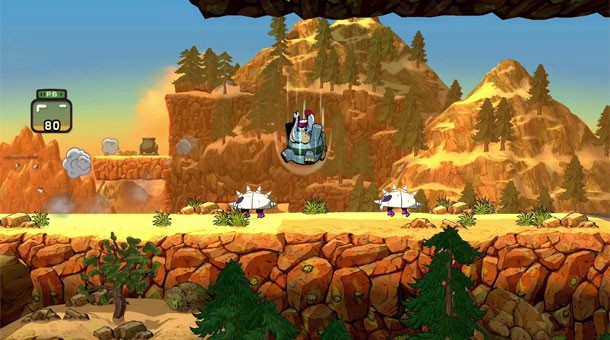 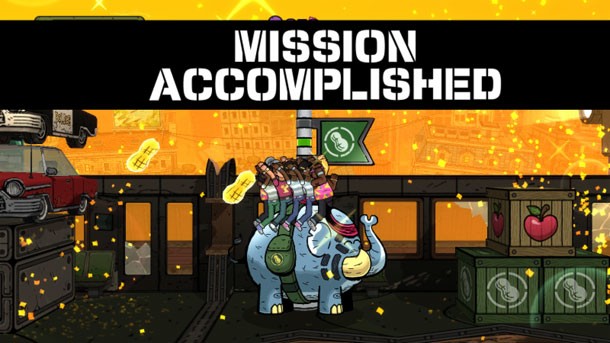 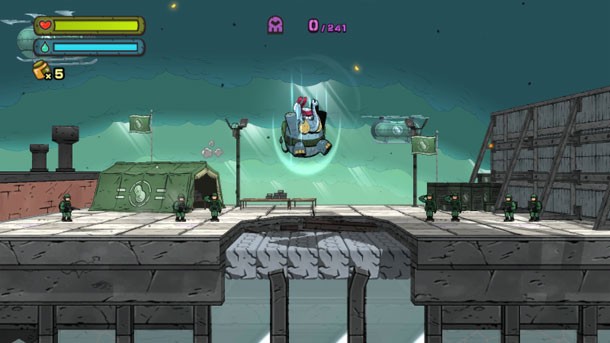 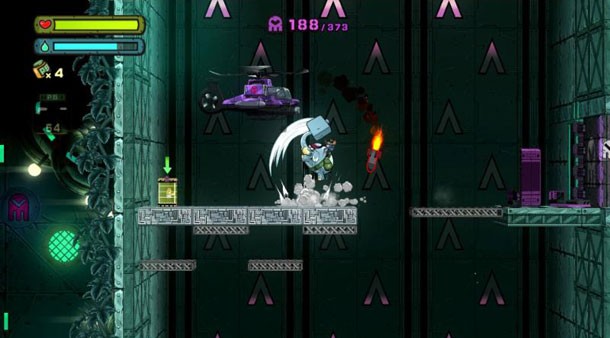 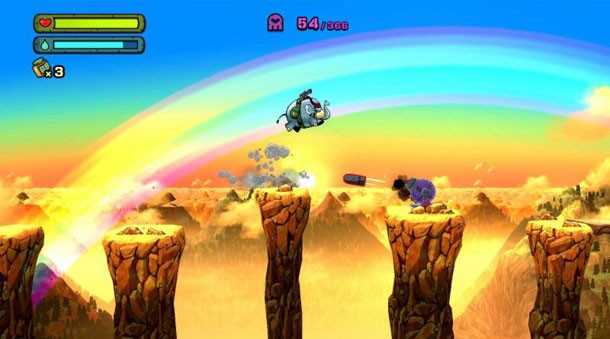 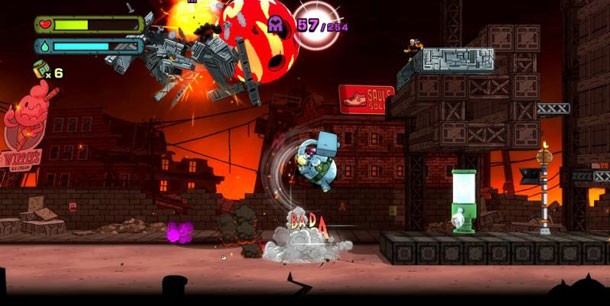 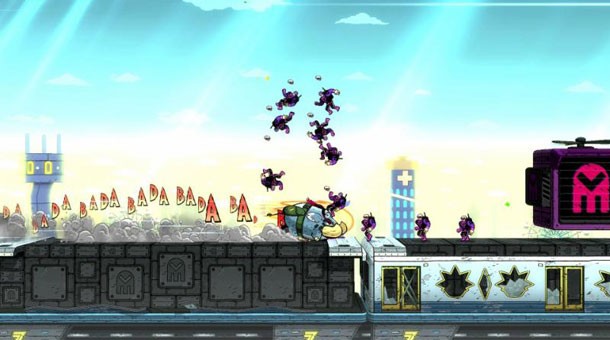 7
About Game Informer's review system
Concept
Jump, bounce, and spray your way through an elephant’s military mission
Graphics
The crisp, handcrafted look is easy on the eyes
Sound
Tembo’s level-opening trumpeting is the most exciting thing on the audio front
Playability
Tembo is light on his feet for an elephant, which is essential as the difficulty puffs up
Entertainment
Though there are a couple of interesting gameplay twists, Tembo the Badass Elephant is largely a no-frills nod to old-school platformers – for better or worse
Replay
Moderate