Tekken 7 has been a long time coming. After releasing the game in arcades two years ago, Bandai Namco has been building up to the home version since, adding new characters and improving polish and balance. The final product is a strong contender, offering a mostly smooth online experience, gorgeous visuals, and clever twists on a combat system that flips between methodical and frantic in a heartbeat. But in other ways, Tekken 7 feels like a missed opportunity and (ironically) a rush job.

Tekken’s core fighting system is as lively as ever, emphasizing ducking or dodging your opponents’ attacks instead of waiting for the right move to block. This puts a high emphasis on proper spacing, especially since moving in three dimensions can often get your opponent to whiff a move. Moving quickly around the arena requires some getting used to (be ready to dash often), and with the number of attacks any one character can perform, pinpoint button accuracy is key. This makes Tekken 7 a tough game to learn, but every victory feels immensely rewarding as a result. Combos are important, but the juggle system is loose enough that if you recognize your chance to deal more damage, you can usually add a few moves to your combo, even if they’re not the most optimal ones. Tekken 7’s changes to this formula make fights more fun. The camera occasionally zooms in and slows down the action when two moves are about to collide, making for suspenseful moments as you wait to see if you won the exchange. Power Crush moves absorb multiple high or mid attacks, but are weak to throws or lows, which makes them as situational as they are powerful. The Rage system, which previously only enhanced the amount of damage characters deal when they were low on health, now has two additional uses: The Rage Art acts as a super move, while the Rage Drive is more of a combo starter with some invincibility. Both deplete your Rage, so using either presents a fun risk/reward that adds a fun layer to combat when it’s at its most tense.

Despite this array of new tricks, Tekken 7 does a poor job of introducing them. The story mode tells you which buttons are punches and which are kicks, but only provides combos that don’t work elsewhere and doesn’t delve into wall combos, how different attacks interact, or what Rage or Rage Drives do beyond mentioning you can use them. This means new players should expect to spend their first few hours poring over move lists in training mode or online just to see what characters are capable of. This wouldn’t be such a problem if characters didn’t have an enormous amount of moves (some start to close in on 200) to sift through. You won’t find a fun, comprehensive learning course like Tekken Tag Tournament 2’s Fight Lab here.

Curious fighting game players making the jump from 2D to 3D may find a comfortable pick in Akuma, who crosses over from Street Fighter. Akuma retains most of his moves from his home series, including a few staple combos. His Gohadokens aren’t as effective against fighters who can move in three dimensions, but if you’re familiar with other fighting games and want to learn Tekken, he should be your go-to early on, though it will still take a bit to learn the ins and outs of fighting regular Tekken characters. Stick with the steep learning curve and Tekken 7 gives you reasons to keep playing. A new Treasure Battle mode lets you unlock dozens of fun items to dress characters up in, including pieces of new outfits, knives, and inflatable heads. Customizing my King to wear a pizza on his back and have a fish floating around his head was a fun incentive to keep playing, even if Treasure Battle is little more than a series of fights against easily exploited computer opponents.

Tekken is also known for its zany storyline and absurd characters, but Tekken 7’s is hit-or-miss. Heihachi and Kazuya Mishima have thrown each other off cliffs for years, and Tekken 7’s three-hour story mode highlights their long-running feud. The focus on their rivalry leads to some interesting revelations about all the cliff-throwing, but the plot moves too quickly to let any moment linger, making the entire story feel rushed. A character is nearly beaten to death in one scene, only to immediately recover and plan a new strategy in the next. The plot also foreshadows a few developments without following through on them, which left me unsatisfied once the story was over. Akuma, who makes an imposing mark on the Tekken universe without feeling too out of place, steals the show.

Tekken is as well known for its outlandish one-off stories as it is its overarching plot, but these stories, too, feel truncated. Rather than place them at the end of the arcade mode, they’re slapped onto the story mode as “character stories,” which consist of a text intro, a single two-round fight, and a short cutscene. Some of the confrontations between new characters like Lucky Chloe and veterans like Eddy Gordo lead to some fun moments, but they aren’t as fun or interesting as in previous entries.

Tekken In VR
Tekken 7 includes two PlayStation VR-compatible modes, but neither is worthwhile. The VR model viewer lets you view your custom characters in VR, but it all takes place on a virtual screen rather than in a full 360-degree environment, which takes away from the novelty. You can also battle a computer opponent on an empty, moonlight lake surface and move the camera angle around with the left analog stick. These modes don’t add much to the experience and you can safely ignore them.

Online, you can expect the standard ranked, player, and lobby modes, as well as a tournament system that works fairly well provided you have the patience to wait for four to eight players to join a lobby. The online has worked fine in my experience, though fights with international players have been spotty. You can tinker around in training mode with a pre-selected character between matches, which prevents counterpicking before the fight. The ranking system emphasizes progression over points (you can get promoted to the next rank even if you lose a match), which eases some of the pressure of playing for keeps. The big omission is replays, which means you can’t improve by watching your own matches, or learn from higher-level players.

Tekken 7 does a good job of bringing the franchise up to standard on the current round of consoles. Though it falters in its story mode and getting new players in on the satisfying thrill of dodging your opponent’s attack and hitting them with a round-ending combo, it offers enough incentive for experienced players (or those willing to stick out the initial rough patch) to keep playing. The online works well enough that regular players should have enough of a reason to learn the deep combat system and get ready for the next battle. 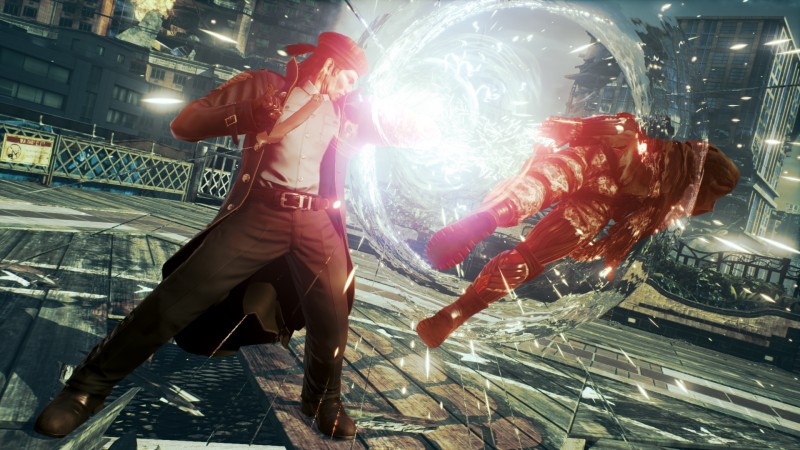 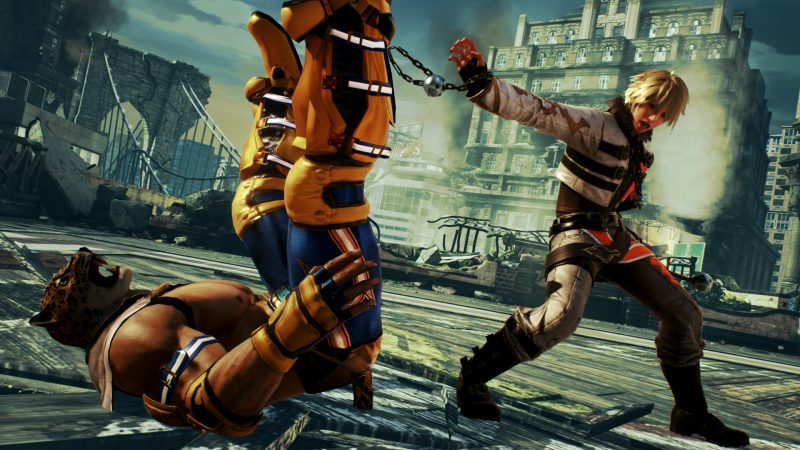 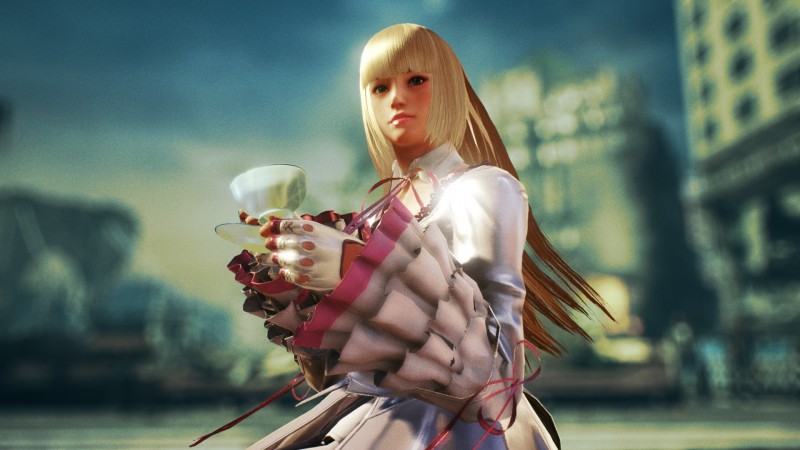 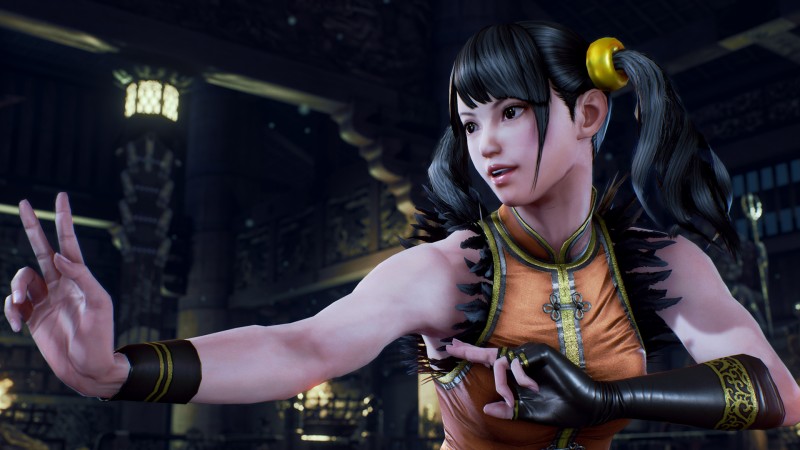 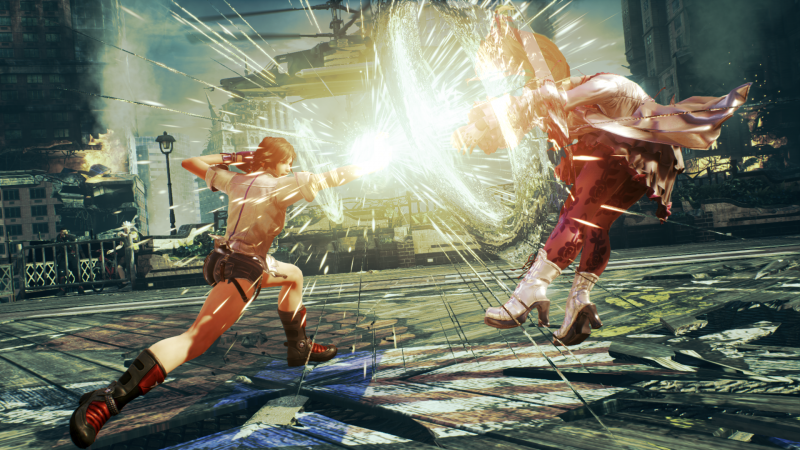 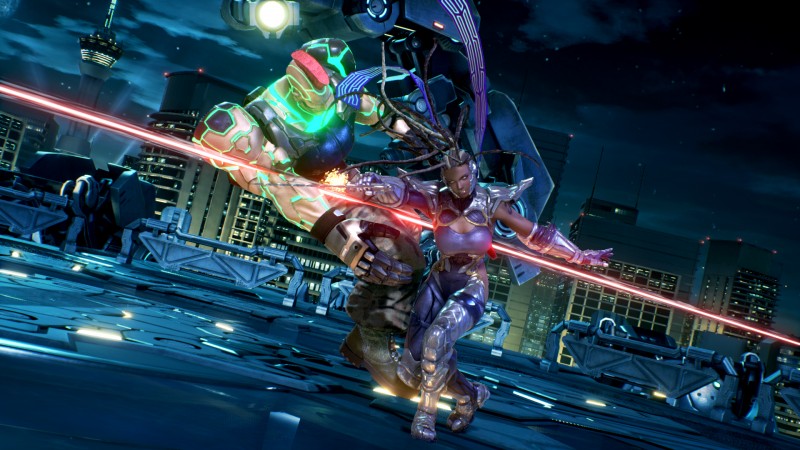 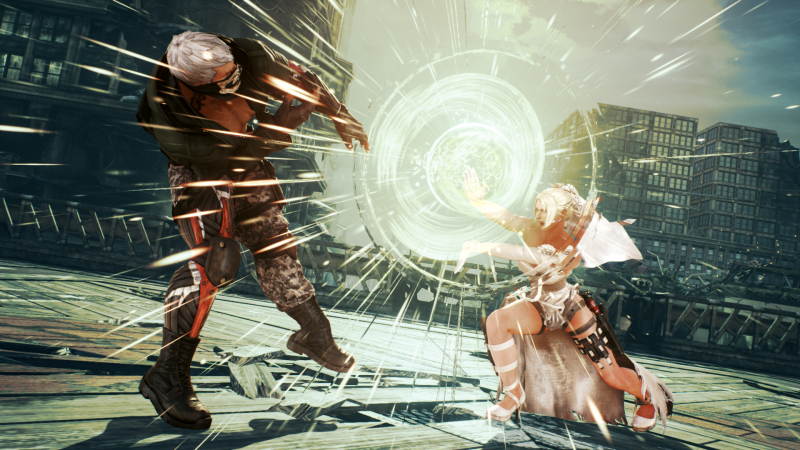 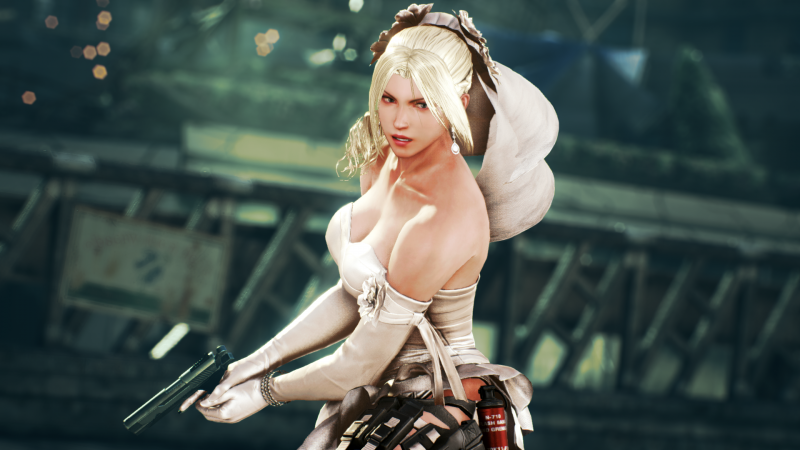 8
About Game Informer's review system
Concept
Bring the fighting series to current consoles with some new characters and features, while also resolving age-old conflicts between the Mishima family
Graphics
Character models and stages look gorgeous in action, though they don’t fare as well in cutscenes or when fabric starts flapping around
Sound
The default soundtrack is nothing special, but you can select soundtracks from across the series to better suit your preferences
Playability
Characters are fun but intimidating to learn, averaging around 100 moves each and relying on constant, accurate movements
Entertainment
New players may have issues diving into deeper intricacies of the fighting system, but this is still a fun fighter that balances absurd fun and technical mastery
Replay
High