Tales From The Borderlands: Episode 5 – The Vault Of The Traveler Review The final episode of Tales From The Borderlands is here, and along with it Telltale's last chance to transform the series' meandering and irrelevant narrative into a meaningful journey. The first three installments felt like an uninspired slog, but Episode 4 slowly won me over and laid a solid foundation for a satisfying conclusion. The Vault Of The Traveler delivers on its predecessor's promise with a steady pace and deft execution that hasn't always been present in the rest of the series.

The Vault Of The Traveler shrugs off the previous installment's cliffhanger ending in its opening minutes. I've gotten used to these life-or-death scenarios being effortlessly diffused; the lack of meaningful choices has made Tales From The Borderlands' emotional trickery even more obvious than Telltale's other adventure series, diminishing the overall impact of supposedly important moments in early episodes. However, the finality of this episode imbues the tale with some much-needed narrative freedom. No more stringing along players toward the next installment or worrying about long-lasting choices – not that there were many to begin with. Even though much of the adventure has been lackluster, Telltale managed to introduce a host of interesting characters, and has slowly built their personalities up enough to care about them by the end. Your final interactions with Handsome Jack are particularly moving, even if your hands are tied for most of it and your last choice is merely symbolic.

Telltale also saved its most novel and interesting choice for the closing episode: In addition to the core characters of the series, you pick from several secondary characters to join the crew for the final mission. Whether those characters are available depends on past choices, though my run-of-the-mill decisions were enough to unlock most of them. Regardless, this Mass Effect 2-style showdown allows you to catch up with some familiar faces and pick your favorites, getting the gang back together for one last adventure. After having much of the party scattered in the previous episode, this unity is much appreciated and bolstered my enthusiasm for the last hoorah. The action culminates in a creative and appropriately epic boss fight that rights a lot of the wrongs of the series: The crew's multi-step plan makes sense (in an insane way), the stakes feel genuine, and even the quick-time event sequences come together. Your choice of characters isn't hugely important, but it makes the fight feel customized and delivers a satisfying climax.

In the aftermath, Telltale treats players to a prolonged and poignant ending. Characters say their goodbyes and discuss what's next, allowing their personalities to shine one more time. The ending – and the fifth episode in general – reminded me why fans still like Telltale's adventures so much. Tales From The Borderlands got off to more than a slow start, and while The Vault Of The Traveler doesn't redeem the entire experience, it justified my decision to stick with it. The embarrassing (and yet somehow repeated) firewall minigame reaffirmed Telltale's uninspired stumbles with the series, as does the ultimately meaningless reason you've been collecting loot all this time (which is also promptly negated by the story). I never cared about the vault, but the end proved that the treasure was never the point. Tales From The Borderlands has all been about the journey, and while far from perfect, the final two episodes made me glad to have undertaken it. 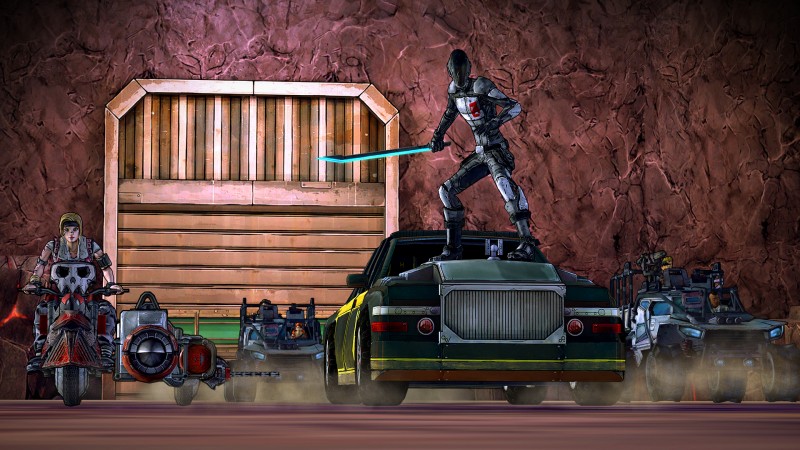 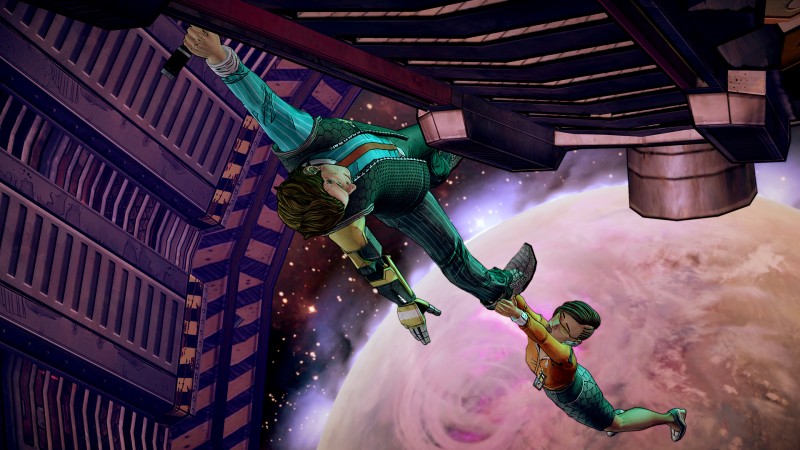 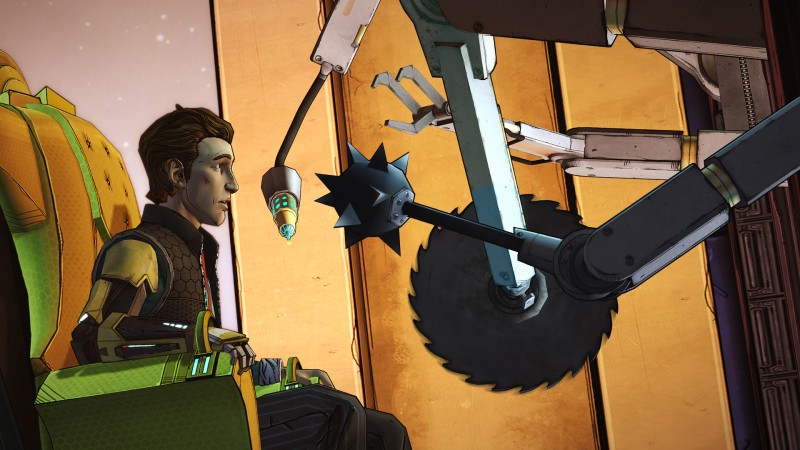 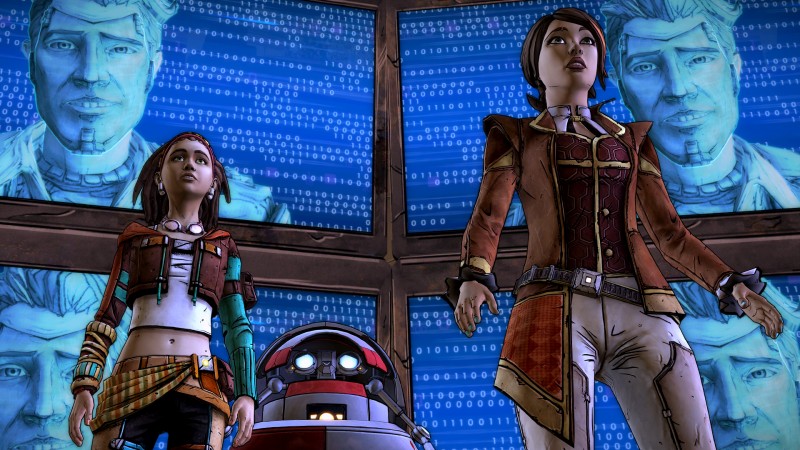 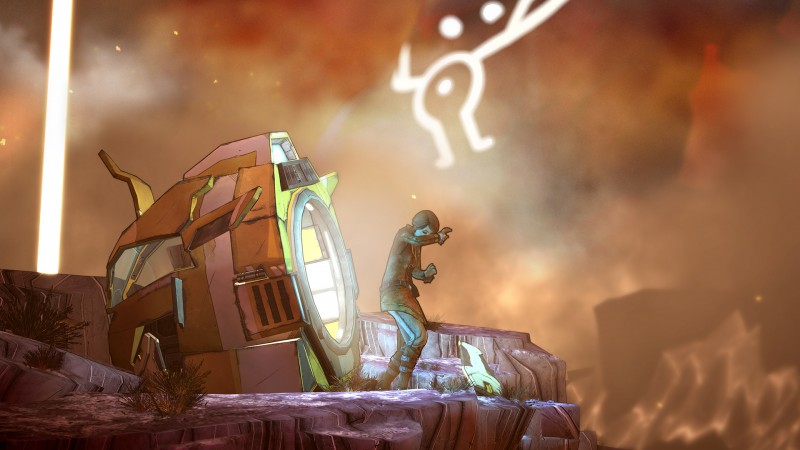 8
About Game Informer's review system
Concept
Cap off the Tales From The Borderlands saga with a finale that highlights its strong cast of characters
Graphics
The animation hasn't gotten any better, but it doesn't diminish the satisfying ending
Sound
Once again, the music selection and voice acting sell the experience
Playability
Telltale actually delivers an entertaining and impressive boss fight solely via quick-time events
Entertainment
While its trajectory has been off at times, Telltale nails the landing
Replay
Moderate