Rhys, Fiona, and the rest of the Tales From The Borderlands crew are back for the penultimate episode of their meandering treasure hunt. Like the last installment, Escape Plan Bravo is little more than an episode-long detour for another MacGuffin, as our protagonists search for an additional upgrade that will allow their robo-pal Gortys to home in on the vault's location. Despite the weak premise and a few recycled environments, tighter writing and some absurd scenarios make this the most entertaining episode yet.

Escape Plan Bravo is so far my favorite episode so far, but that isn't saying much. Most of the problems that have sapped my enthusiasm for the overall experience are still present. Escape Plan Bravo is loaded with uninteresting dialogue options, pointless quick-time events, and inconsequential choices that stretch the definition of Telltale's choose-your-own-adventure formula. However, these notable shortcomings are slowly overshadowed by a steady stream of enjoyable moments, ultimately making this a satisfying leg of the journey. Escape Plan Bravo once again serves up another stylish opening-credits sequence (set to the synth-heavy '80s homage, "To the Top") that more potently conveys a mood and the personalities of the characters than any other scene in the episode. These impromptu music videos have been my favorite moments in past episodes, but Escape Plan Bravo keeps on rolling, albeit at a less-than-ideal speed. Tales From The Borderlands is at its best when it subverts Telltale's tired adventure-game formula, and this episode has a wonderfully stupid and playful shootout delivers the best action sequence of the series yet. Your dialogue choices with an irate guard – while still meaningless from a branching narrative perspective – offer the best laughs. Other jokes (like an extended face-pizza gag and a surprise Butt Stallion revelation) also hit the mark, making me chuckle more at Escape Plan Bravo than the last three episodes combined.

Some genuinely emotional moments effectively punctuate this episode, though they are frustratingly void of choice – Telltale proves it can still tug at your heartstrings from time to time, but it has to write you into a corner in order to do so. That said, Escape Plan Bravo uncovers nice plot twists that got me more interested in the characters, if not their overarching goal to find the promised vault. Gortys continues to steal the show in most of her scenes, but the Vallory and her henchmen lose much of their bite, and Vaughn is disappointingly M.I.A. for the entire episode. The few interesting threads of Tales From The Borderlands have little to do with Borderlands; the superfluous loot system, action, and even the hunt for the mysterious vault hold no meaning to me anymore. However, Escape Plan Bravo contained enough bright moments to see the journey through to the end, and maybe even miss some of the more intriguing, multidimensional characters when it's all over. 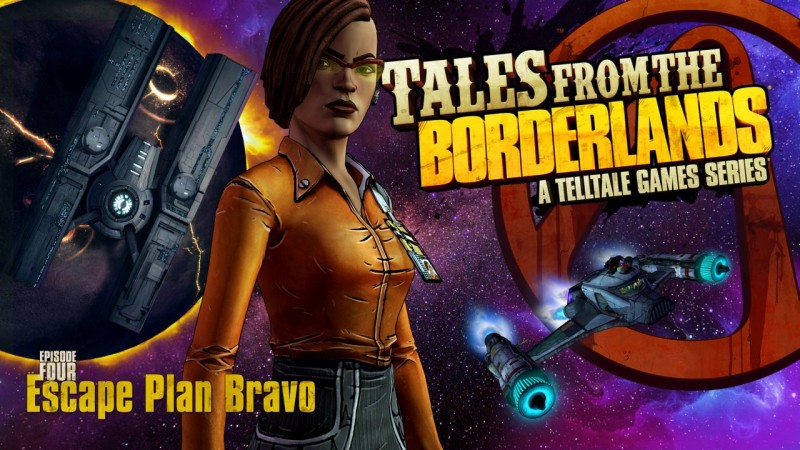 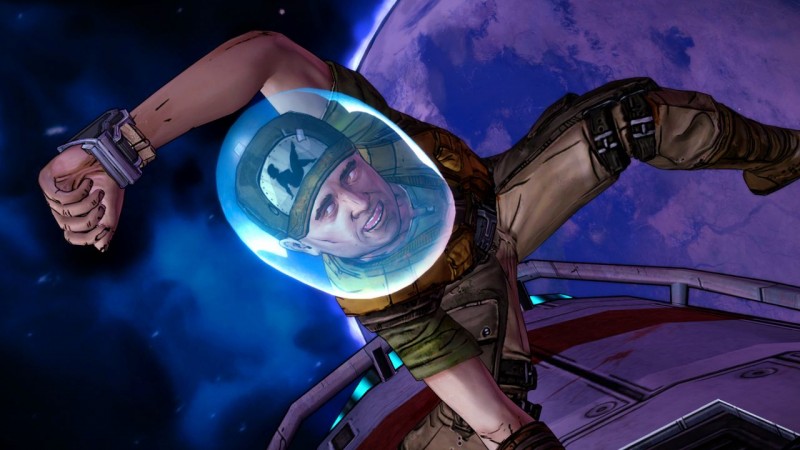 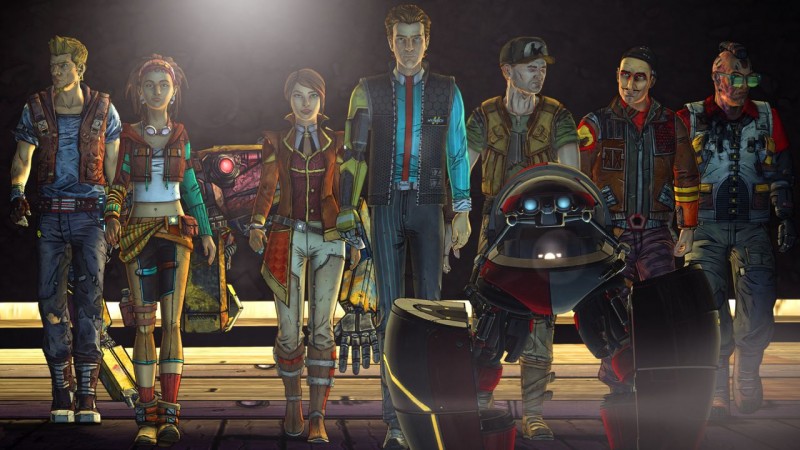 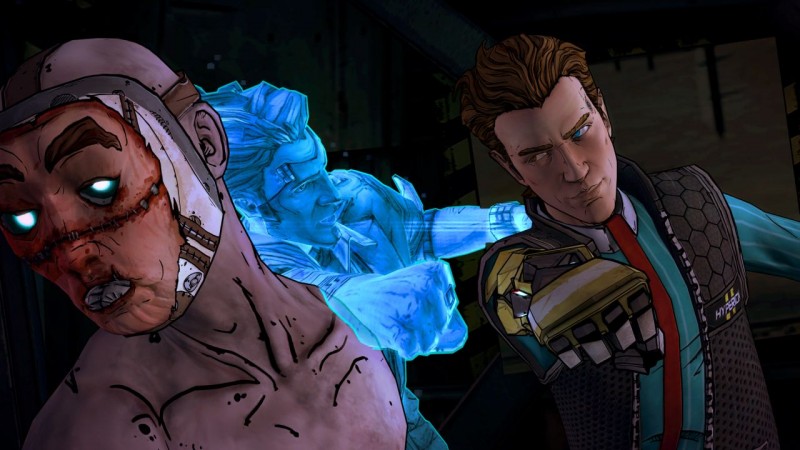 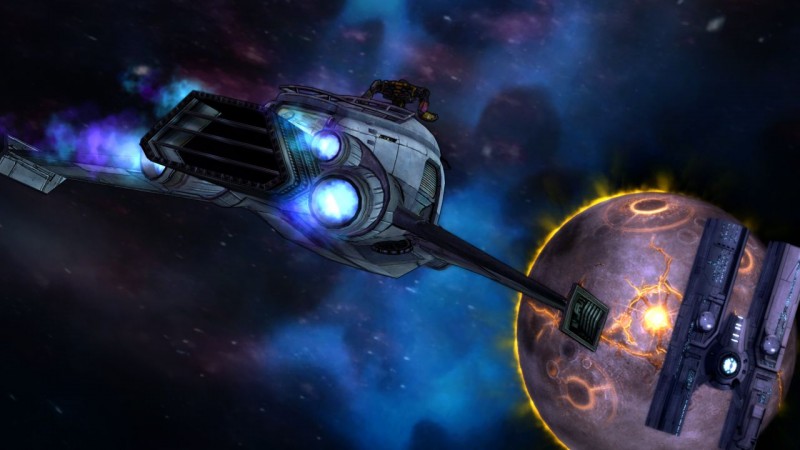 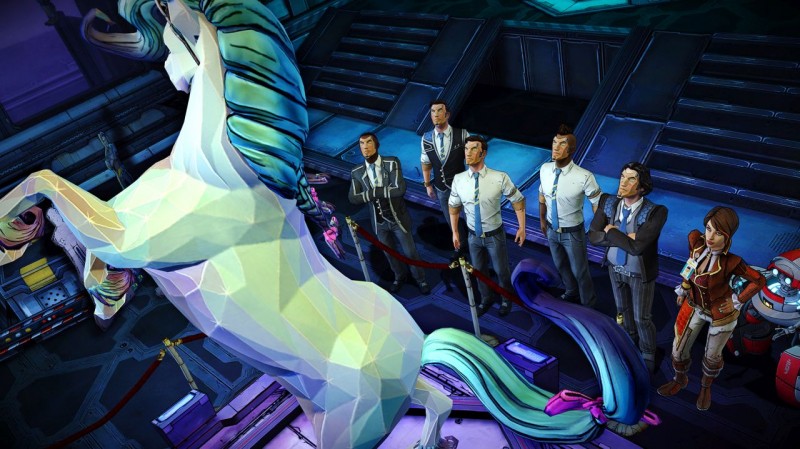 7
About Game Informer's review system
Concept
Set up the final chapter with more grace and wit than the rest of the series so far
Graphics
Either there are fewer strange facial expressions and wooden animations this episode, or I've just gotten used to them
Sound
The voice acting, as well as the song of choice for the opening credits, are top-notch
Playability
The quick-time events are as meaningless as ever, but Escape Plan Bravo does have one particularly entertaining action sequence
Entertainment
While still far from perfect, Escape Plan Bravo contains enough good moments to get me excited for the final entry
Replay
Moderately Low