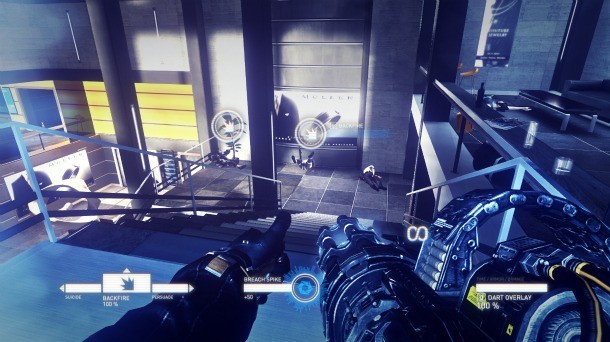 Back in 1993, Peter Molyneux’s Bullfrog Productions released a now-classic PC strategy title in which players commanded a squad of four agents working for a super-corporation on a multitude of missions to dominate the world. Now Electronic Arts has resurrected the franchise after many years, transforming it from an isometric strategy game to a first-person shooter. If you’re a hardcore superfan of the original who has an issue with this decision, nothing anyone says is going to change your mind. But if you’re open to an FPS reinterpretation with loads of references to the old games, or if you’ve never heard of Syndicate and like sci-fi shooters, this may be the game for you.

Rather than put you in the role of a commander like the original games, Chronicles of Riddick and The Darkness developer Starbreeze puts players in control of Miles Kilo, a Eurocorp agent enlisted in the company’s experimental new DART 6 chip program that gives him the ability to subvert the chips in other people’s heads and hack the environment around him. The story follows a predictable arc, with oppressive corporations simultaneously empowering and controlling much of the populace with implanted chips while an underground resistance fights back in the year 2069. Kilo starts out as an errand boy for shady Eurocorp boss Jack Denham (played by Brian Cox) performing assassinations, surveillance, and the like all with the goal of keeping the company on top. While there are no “Jenny on the couch” moments here, plenty of well-acted scenes play out while you’re strapped to a chair or hoofing through a level.

Players will spend the first chunk of the game shooting up rival syndicate factions with elegant backdrops inspired by Blade Runner and Mirror’s Edge (there’s even a massive floating city raft). You and the rest of the highly skilled agents in the world wear snappy trench coats like Neo from The Matrix, but act more like the deadly, emotionless agents. Your partner, Agent Merit, practically goes out of his way to shoot civilians, and you can too without penalty if you want. Eventually, you’ll take on unchipped resistance fighters in the grimy streets who have invisibility suits and other toys. While they don’t have any chip powers to use against you, they can’t be manipulated by yours either.

All of the onscreen HUD elements and agent powers come courtesy of the DART 6 implant. At a press of the shoulder button, players turn on DART vision, a temporary overlay filter that highlights all enemies in orange while the world turns a digital gray. While in this mode foes slow down, you take less damage, and your weapons are more effective. The DART 6 chip also has three different apps that you can use to persuade goons to fight for you, make them blow themselves up, or backfire their weapon (which makes them fall out of cover and become more vulnerable to attacks). Performing well in combat allows the apps to recharge faster.

The most-used DART 6 power by far is the standard breach. This allows you to remotely unlock doors, reprogram turrets, and disable the armor of minibosses. The breaches and apps require you to get in close to the action and add in the tension of watching the progress bar fill up above the enemies’ heads as you hold the button down. Some foes are invincible until you breach them, so there’s an interesting dynamic of breaching and hiding while a big guy with a minigun flanks your position. Once his armor is disabled it’s time to come out of cover, turn on the overlay, and unload. It’s a nice volley of attack and defend.

Early missions task you with assassinating a rival syndicate’s key scientist and then dealing with one of its vengeful agents. Killing high profile targets allows you to gruesomely extract their chips and use them to upgrade your health, accuracy, the length you can use DART vision, and other abilities. You can upgrade skills in any order, but you get minor health bonuses if you beef up abilities located next to each other on the board. You can’t respec or fully upgrade everything, so choose your investments carefully. One time I upgraded my app recharging speed, and the very next level disabled app use for quite some time. When things are this inflexible, players are inevitably going to feel remorseful about a choice at some point in the campaign.

The single-player campaign offers some entertaining set pieces, like shooting at a flying craft from atop a speeding train and battling a variety of super-powered agent bosses. Most of the missions are spiced up with new guns, enemies, and abilities, but the last 20 percent of the game gets stale as you battle endless waves of goons. The final boss shakes things up and is suitably challenging, which is always a tricky thing to pull off in an FPS.

The career can be beaten in less than 10 hours, and while it didn’t blow me away, I enjoyed Starbreeze’s take on the future of combat. The mix of over 20 weapons (my favorite is the laser beam) and chip abilities gives you plenty of options when faced with conflict. Even though the story is extremely predictable, the key characters and intriguing backdrops keep you engaged. 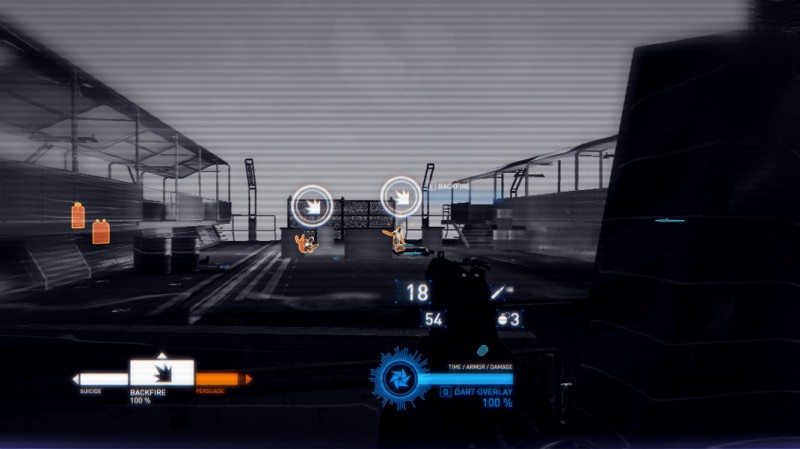 Syndicate’s cooperative mode is completely separate from the story campaign, and it also shares the most similarities to the source material. The nine maps contain many direct references to the original, including an Atlantic Accelerator stage. Up to four players team up as part of new syndicate Wulf-Western to complete missions like stealing hard drives and assassinating targets.

The progression system is widely expanded in co-op, with a few extra chip upgrades in addition to those that appear in the single-player mode and nine more apps. These new powers include sharable power-ups like team damage bonuses and more creative apps like a virus that drains enemy health over time. Players also earn separate weapon and application tokens by completing missions, which they can spend to research advancements in both categories. Strangely, the guns start out severely nerfed in co-op, making players spend lots of time upgrading their favorites just so they reach the default level of effectiveness in the single-player mode.

Playing through co-op is enjoyable with a full four-player roster, but playing with a smaller group isn’t advisable. The challenge jumps significantly when you’re down to three people, and is nearly impossible with two. In several missions you’re supposed to transport four items to your dropship, meaning if you have anything less than the full roster you have to make multiple trips.

Though the look of the maps changes significantly, the missions don’t. The co-op settles into a predictable loop of shooting guys, regrouping to open a door, and shooting more guys on the way from point A to B. After you’ve made it through all the maps you can play them again at higher difficulty levels for more rewards, but it’s tough to justify coming back once you’ve seen all the game has to offer.

I went into Syndicate with very few preconceptions and came out pleased. EA’s lackluster promotion of the game implied that the publisher might have been trying to sneak out a sci-fi shooter disaster, but Starbreeze managed to add another unique spin to the FPS genre that’s worth checking out if you’re not hung up on the property’s legacy﻿. 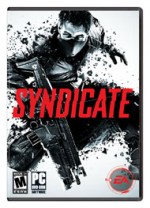 Syndicate survives Starbreeze and EA's reimagining for those open to it.