Death is universally abhorrent. In games, it can often mean losing hours of progress. Even in the most forgiving titles, losing a life often makes one feel a sense of deflated pride. Hothead’s new downloadable title, Swarm, is still capable of damaging your ego, but if you want to succeed in the game, you’ll need to embrace death and allow it to happen…a lot.

In Swarm, you don’t play as a single entity; you control the swarm – a mass of dopey bug-eyed aliens. After these cuddly little blue guys crash-land on a foreboding planet, their motherly queen bee tells them to scatter through the world’s rusted industrial environments in search of orbs that will help her grow strong. This hostile planet is filled with tumbling boulders, laser trip mines, lava flows, and more than a few hungry beasts – enough dangers to whittle your numbers to zero if you’re not careful. There is a purpose to all this peril. Each time one of your swarmites dies, your score multiplier ticks up, and since you need to earn a set number of points to progress to the next level, you’ll need to keep collecting orbs and killing your members to rack up the highest possible score.

Swarm has a dark charm that is hard to resist. The environments are busy with deadly activity, making them exciting places to explore. The challenges you face offer a lot of creative ways to die, which is good because your swarmites expire in some of the most delightful ways. The early levels of the game show a lot of promise, as you slowly learn how to spread out your swarm to collect orbs, pile them on top of each other, or dash forward to break open containers. Swarm’s scoring system requires that you tackle each level at a brisk pace, ensuring that you never get bogged down in one area for too long. After a few levels, however, the game’s faults become more apparent.

Navigating most of Swarm’s deadly obstacle courses is a frustrating affair. There are moments in the game where you are pushed up against so many different explosions and so much flying debris that you’ll lose track of your herd. If you’re not careful, before you know it, your numbers shrink to zero, and you’ve failed the level. There are several places where you can replenish your swarm, but the challenge of this game really comes from achieving a high enough score to move on to the next level. If you play the game too cautiously, you’ll have a hard time getting a multiplier large enough to reach the required score. If you’re too carefree, you might not make it to the end of the level. This is a hard balance to strike, and I found myself replaying many levels several times before I hit it.

Swarm starts out strong with its zany vibe and amusing critters, but only a few light platforming and puzzle moments break up what is otherwise an orb-collecting march to the finish. The game fails to innovate on its early mechanics, and it can feel like a chore to master some of the later levels, which you’ll be forced to do if you want to see the end credits. It may be fun to watch these little guys die, but there were too many moments where I wanted to kill the power to my console. 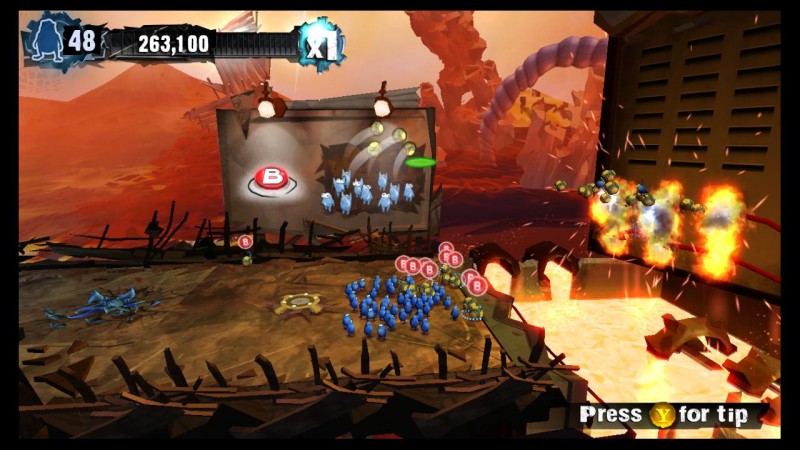 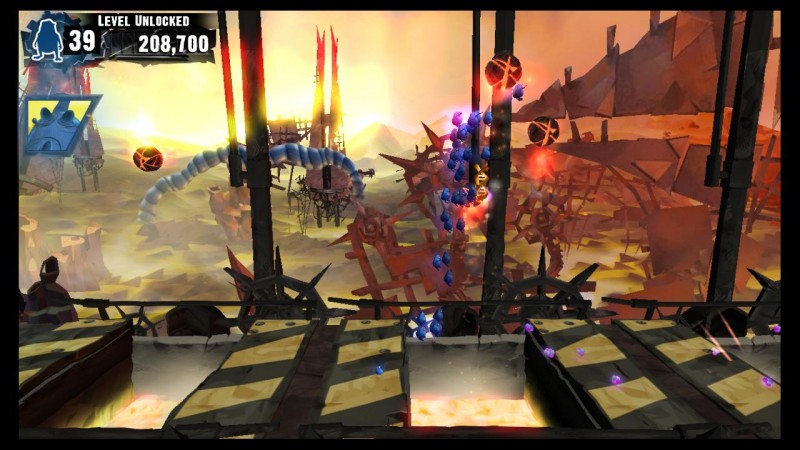 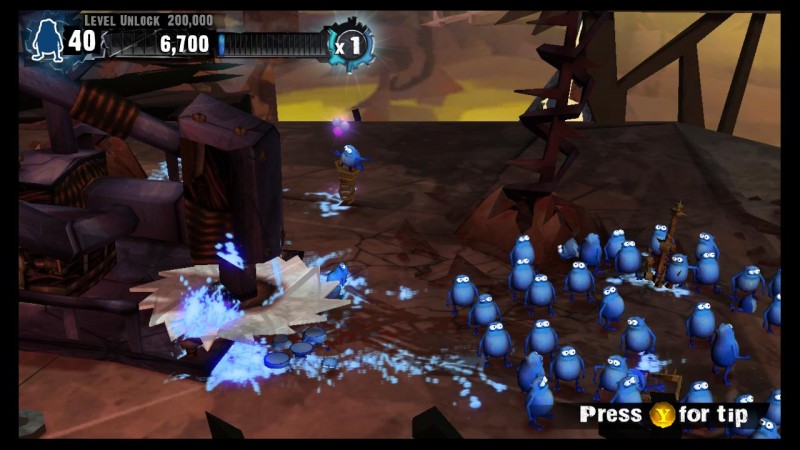 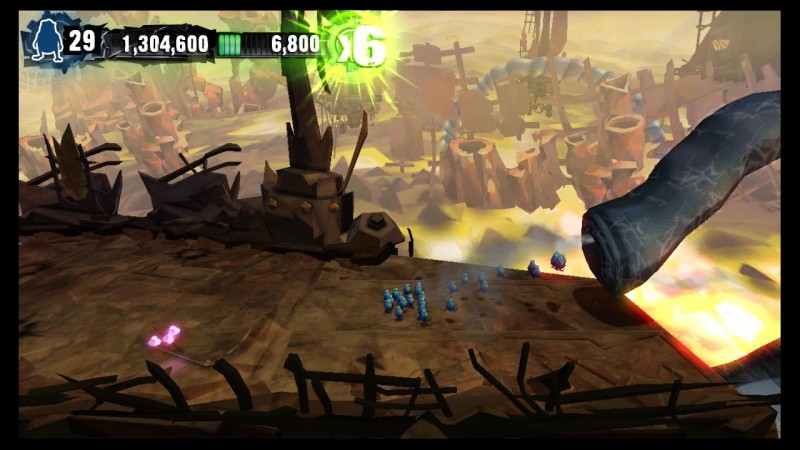 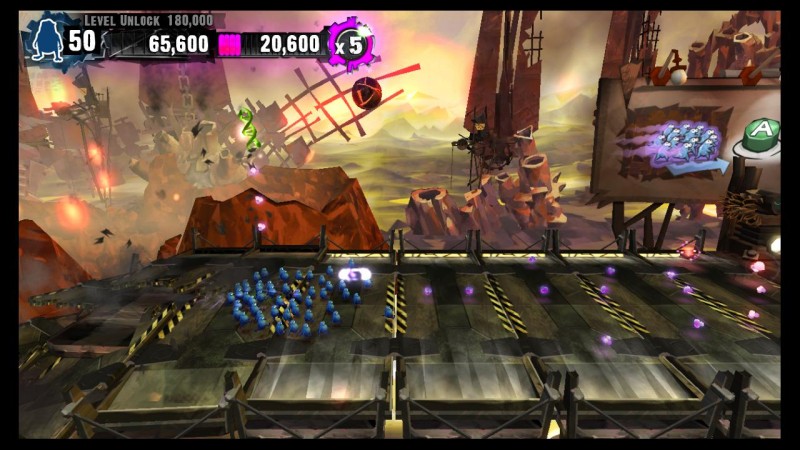 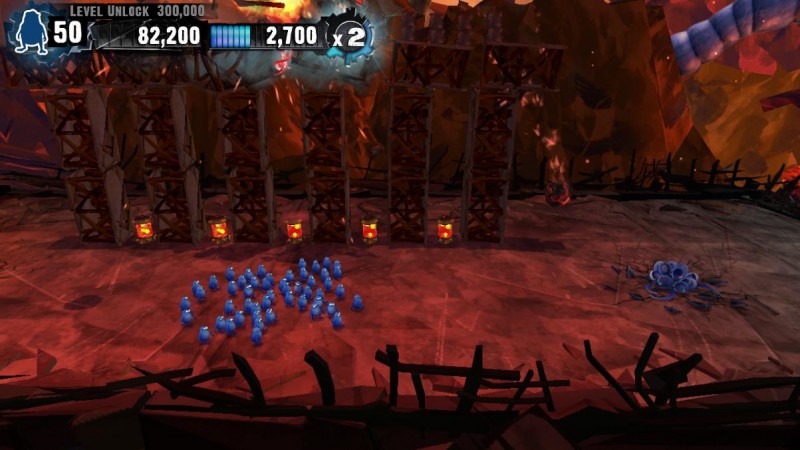 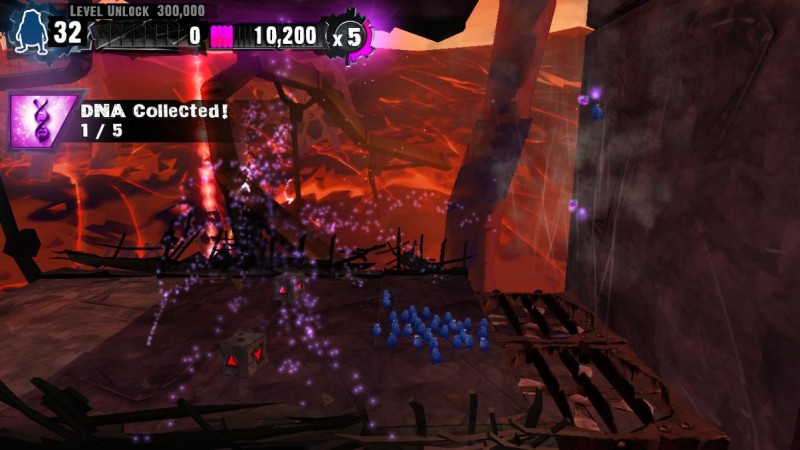 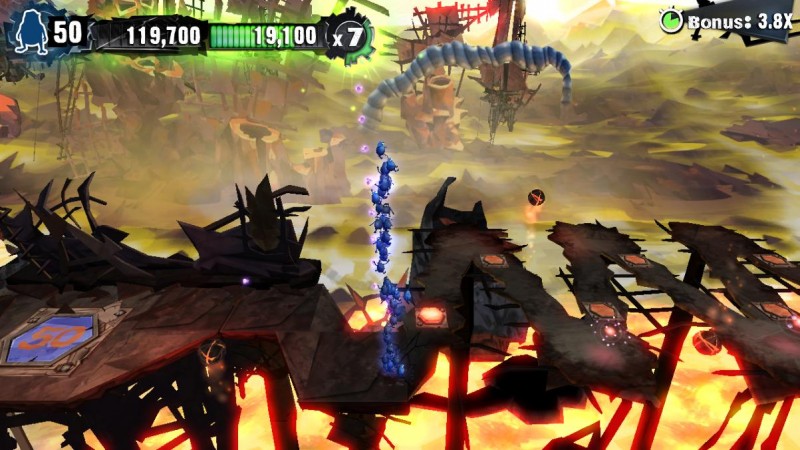 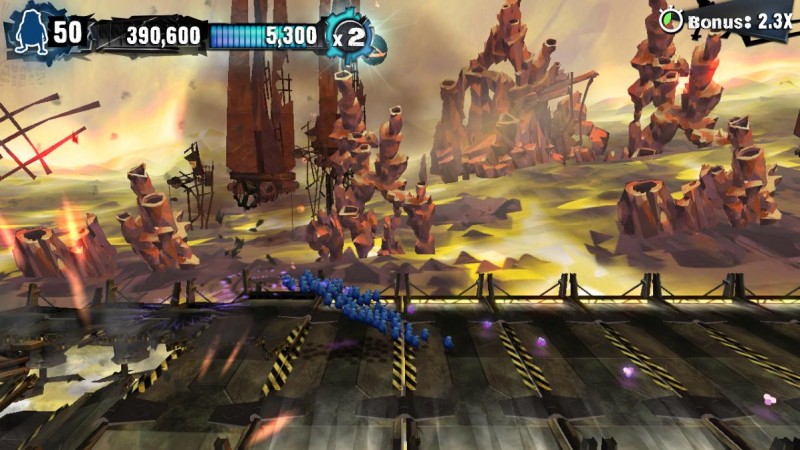 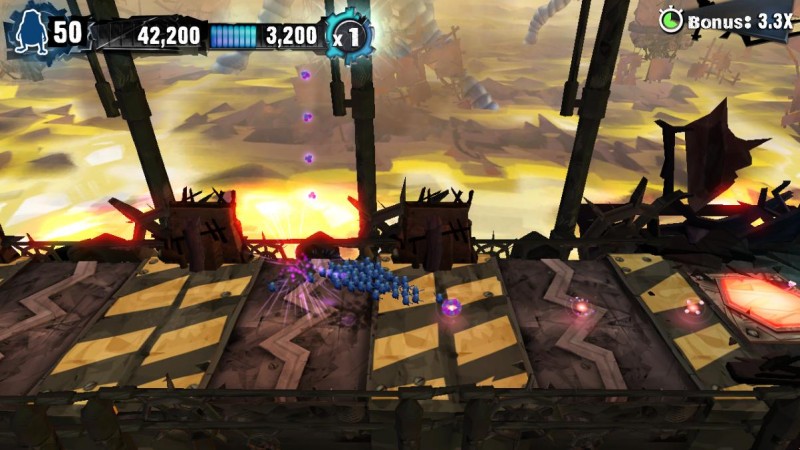 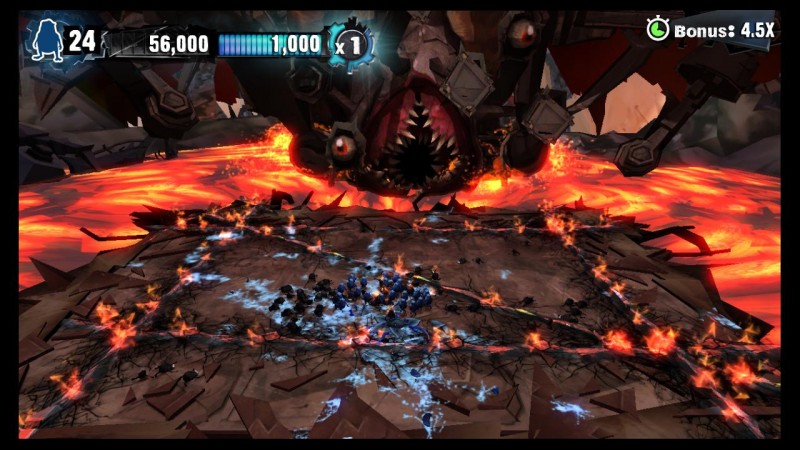 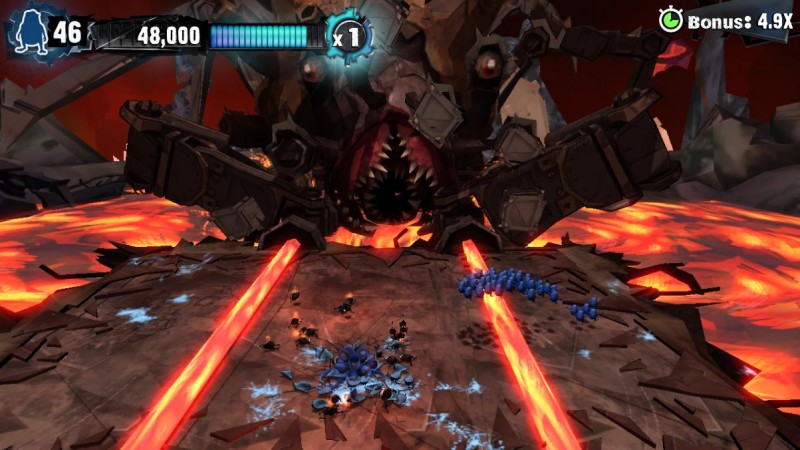 7.25
About Game Informer's review system
Concept
Learn to accept and even appreciate death by killing off your swarm to build your score in this action platformer
Graphics
Your little swarmites are adorably dopey, but all of the game’s grunge industrial levels begin to bleed together after a while
Sound
The alien synthetic beats running in the background are catchy at first, but they begin to sound like a horde of bees eventually
Playability
The simple controls utilize only a few buttons, but the game’s true skill comes from managing your group as it approaches environmental dangers
Entertainment
Swarm will appeal to leaderboard climbers, and anyone who likes to challenge their own score, but casual fans might get turned off by having to replay levels over and over again
Replay
Moderate 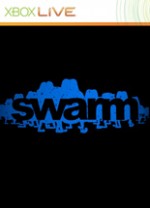