It’s hard to believe, but it’s been nearly two decades since a Street Fighter game has appeared on a Nintendo system. More astonishingly, Capcom decided to break that dry spell by releasing Super Street Fighter IV on a portable system. The result is no simple gimmick, either.

Capcom has shown a remarkable amount of restraint in using the hardware’s 3D effects. Dynamic Mode presentation adds visual depth by moving the action closer and positioning the camera behind characters’ shoulders, but the changes won’t make Blanka’s eyes pop out in disbelief. Purists can enter the options and shut off 3D entirely – a move that doubles the refresh rate from 30 to 60 blisteringly fast frames per second. I expect people to use Dynamic mode to show off the game to their friends for the first time, then to switch to the traditional side view.

Even if you haven’t kept up with Street Fighter movesets, you can do more than watch thanks to a new “lite” control option. This scheme allows players to turn the touchscreen into a series of customizable one-button triggers, letting even the greenest fighter pull off hadoukens and ultra combos with a single tap. Even if you’re not a complete novice, it’s a great way to learn how to play unfamiliar characters. If you’re concerned about people dominating online with their newfound expertise, you can filter out players using lite controls through matchmaking.

Figure Battles?
Capcom took advantage of the 3DS’ StreetPass functionality with a fun little diversion called Figure Battles. Here, players can trade in points earned through playing the game or by racking up steps on the system’s pedometer and buy Street Fighter figurines. Those figures can then be battled against other players’ collections, earning more points. Some strategy is involved in setting up rosters and tweaking three skill categories, but it’s pretty shallow. Aside from bragging rights from collecting the 500 figurines, there’s no real reason to pour too much time into the mode.

Pros might scoff at that kind of control scheme, and they can choose to stick with Pro controls. The touchscreen is still used, but it’s mapped for more mundane tasks such as three button-press combos and focus attacks. Even with the relatively limited number of buttons on the 3DS, I pulled off moves in pro mode without a hitch. The system’s circle pad is a godsend for rotation-based moves like Zangief’s spinning piledriver. The positioning of the d-pad makes it easy to swap between it and the circle pad depending on the circumstances.

A few things were lost in the transition to the portable space, most disappointingly in the game’s stages. They’re all there, but the charming background activities were scrapped entirely. The kids who used to scamper and cheer on the fighters in the underpass level are now rigid 2D facades, for instance. A few other minor graphical details are missing, too, but you have to squint to see them. Rufus’ belly might not jiggle quite as enthusiastically, but other graphical flourishes, like Hakan’s oil-soaked shimmer and the translucent sleeves in Chun Li’s alternate costume, are intact. 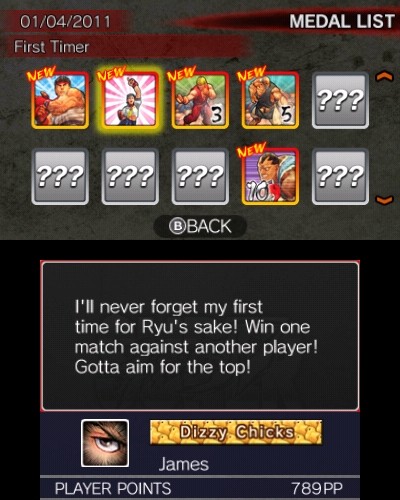 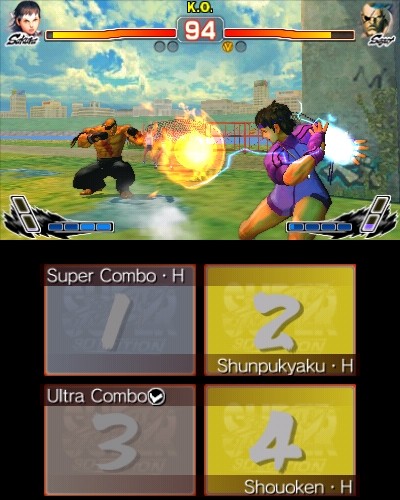 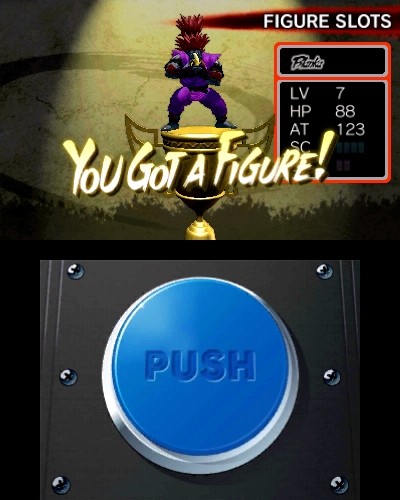 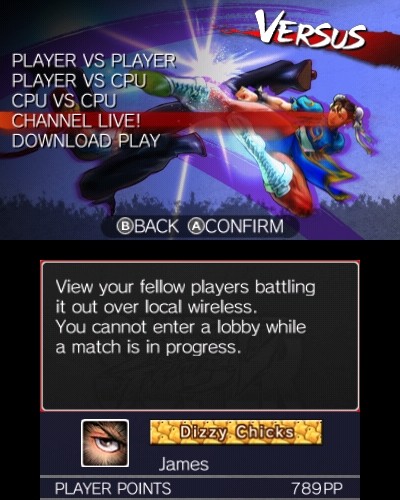 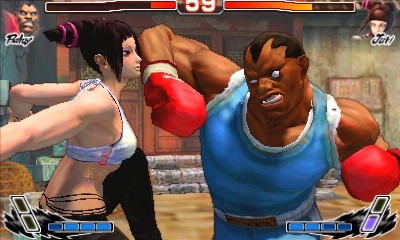 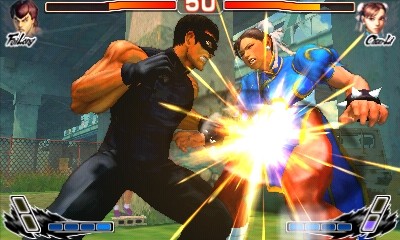 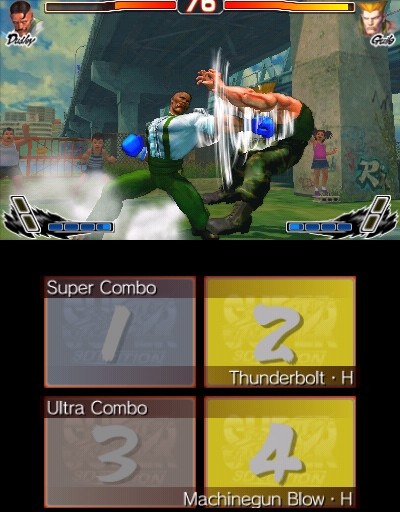 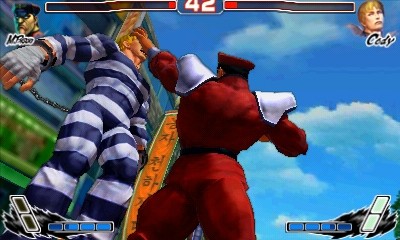 9
About Game Informer's review system
Concept
Bring Super Street Fighter IV to Nintendo’s new handheld with a few 3D enhancements and a new accessible control scheme
Graphics
Character models are big and detailed, and the 3D effect is slick. It’s a shame about those backgrounds, though
Sound
All the tunes from the console versions are here, and they sound great
Playability
This is the most accessible Street Fighter in decades. The optional lite control scheme lets novices perform even the trickiest moves with ease
Entertainment
It might be smaller, but as far as gameplay goes, this has everything that its big brothers have and more
Replay
High 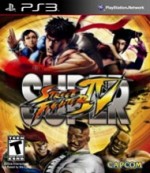