Team Meat’s Addictive Adventure Offers Plenty Of Content To Chew On
by Jeff Marchiafava on Oct 21, 2010 at 11:17 AM I probably died more times playing Super Meat Boy than the combined deaths of every other video game I've played in my life. With the exception of a few introductory areas, Super Meat Boy's 300-plus levels refuse to handle the player with kid gloves. By the time you reach the final world, you will die countless deaths if your aim isn't pixel perfect, or if your timing is off by a millisecond. With most games this would be a recipe for disaster, but SMB's flawless controls and lighthearted demeanor make this a title tailor-made for gamers hungry for a challenge.

Super Meat Boy is a downloadable title that breathes new life into a well-worn genre.  The gameplay will be instantly recognizable to platforming fans, and the bonus Warp levels do such a good job of emulating NES and Gameboy visuals that they could fool veteran gamers into thinking they're playing a decades-old title. Once you scratch through the surface, you will find a number of innovations that make Super Meat Boy wholly unique.

The controls offer an unexpected level of depth, allowing you to propel yourself through the game's byzantine levels with a stunning proficiency that would be impossible for Nintendo's Italian plumber. Even if you master Meat Boy's moves, the game's collectibles unlock a large supporting cast of playable characters (taken from other indie titles, such as Tim from Braid and Commander Video from the Bit.Trip series), each with their own mechanics and a special ability to perfect.

Even with this robust cast at your disposal, make no mistake: Unless you are some kind of gaming savant, Super Meat Boy will become too difficult for you at some point. Whether it's some of the devilishly placed collectibles, the exponentially harder Dark World levels, or the punishing bonus world, Team Meat has designed SMB to break all but the most devoted players. Thankfully, SMB minimizes frustration; each level is forgivingly short (rarely does a level take longer than 30 seconds to complete), respawning after death is instantaneous (you restart a level so fast that the exploding carcass from your last attempt will still be on the screen), and you have an infinite number of lives on the main levels (some Warp levels have a limit, and are much more frustrating).

The game also sports a novel replay feature, which displays not only your successful playthrough of a level, but also every attempt and subsequent death simultaneously. This also makes dying a billion times on a level easier to swallow, as watching the ensuing Meat Boy slaughter is always entertaining.

I'd be lying if I said I didn't have a few meltdowns while playing Super Meat Boy, but the entertaining storyline, detailing Meat Boy's continual attempts to save Bandage Girl from the evil Dr. Fetus, cut my frustration short with plenty of left-field chuckles. With a healthy dose of patience, most gamers will be able to see the game through to its charming and hilarious ending.

Even after you've hit your difficulty threshold, the system for adding free new level packs based on the PC version's level editor should offer plenty of extra entertainment. With Super Meat Boy's cornucopia of offerings and irresistible charm, you'd be hard-pressed not to get your money's worth out of this title.

9
About Game Informer's review system
Concept
Create a nostalgic platformer with an unapologetic degree of difficulty
Graphics
Meat Boy’s characters are ridiculously cute, and the retro levels will warp you back to the ‘80s
Sound
The sound effects are satisfactory, but the old chiptune music steals the show
Playability
I was impressed with how tight and nuanced the controls are
Entertainment
The game’s later levels will torture you with punishing difficulty, but the payoff is almost always worth it
Replay
High 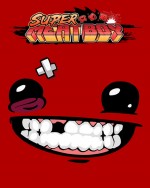