The Nintendo logo followed by Mario’s mustachioed face on my iPhone screen is a visual I didn’t think I would ever see. On the few occasions Mario has left the comfort of a Nintendo platform, it ended in disaster. It’s impossible to ignore the vast number of smartphone users, however, so he finally acquiesced to a mobile move. Super Mario Run is thankfully not a disaster on iOS. In fact, it left me wanting more, to a fault.

Mario is the king of platforming, and he expertly retains that reputation for his jump to mobile. Mario Run is simplified by only having one input – jump. Mario runs on his own, and the player taps the screen to jump. You can bounce back and forth between walls, hit bounce pads to vault up into the air, or land on pause buttons to achieve the proper timing to pass obstacles. You also vault over enemies and up waste-high ledges automatically, which is odd at first but proves its value (and challenge) as you play. Landing on the enemies’ heads becomes an opportunity to reach difficult areas or coins or give you a speed boost. Thanks to the automatic momentum when you’re running full-speed, chaining Goomba stomps together and grabbing every coin, it makes you feel like you’re a skilled Mario speedrunner. The feeling is rewarding, and it’s one I encountered often in my playthrough.

World Tour mode only has 24 levels, which is disappointing considering how short the levels are. Each of those stages has three collections of difficult-to-grab coins. When you grab the first set, you can replay the level to grab a new one, and then again to grab the last set. Finding these coins is difficult, and going for the last set rearranges the levels in interesting ways, such as adding new platforms and blocks that create new paths. I enjoyed seeking out these difficult-to-find coins initially, but grew weary of having to replay the levels, especially when it became clear that revisiting them is where Run intends players to invest most of their time.

Outside of the main campaign, Kingdom Builder and Toad Rally represent your main incentive to keep playing Mario Run after saving Princess Peach. Kingdom Builder lets you buy decorations with coins and arrange your own Mushroom Kingdom. You can open up more items in the store by adding Toads to your town by playing Toad Rally. Using tickets earned in Tour mode, Toad Rally lets you play the levels on a timer to compete for high scores with friends, collect coins, and get Toads. I found little joy in decorating my kingdom, outside of adding the expensive time-consuming unlocks that let you play as other characters, like Yoshi and Luigi.  A loop exists here (play levels, get coins and Toads, make your kingdom prettier, repeat), but it never hooked me, as the majority of unlocks are purely aesthetic.

Super Mario Run hits its stride when you’re making your way through new levels. The platforming is great, and the level design surprised me on multiple occasions. In these moments, I forgot I was playing a mobile translation of Mario. That fades fast, unfortunately, as Princess Peach was kissing me on the cheek thanking me for my service just as I felt I was getting started. Rewards exist for replaying those levels repeatedly, but they simply aren’t enough for me. 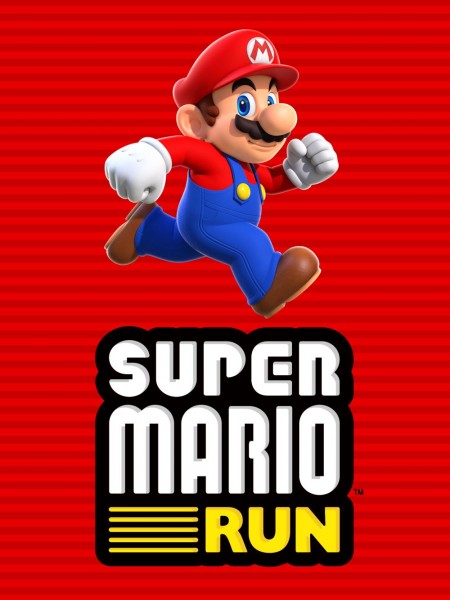 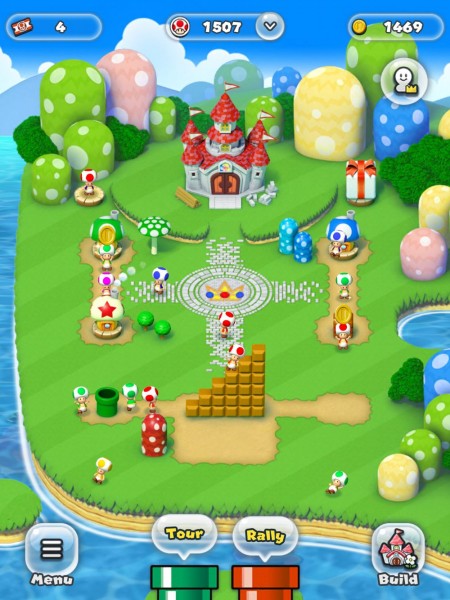 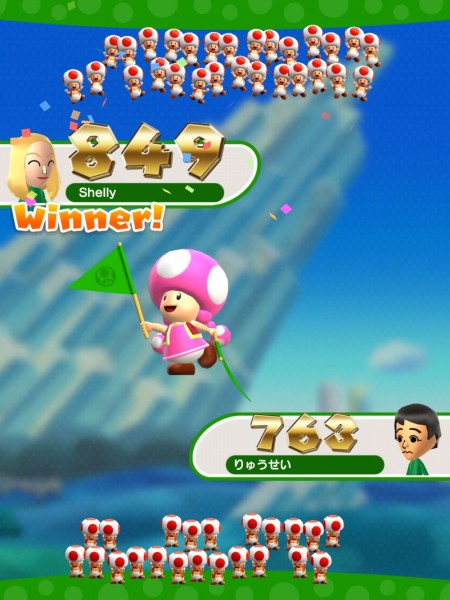 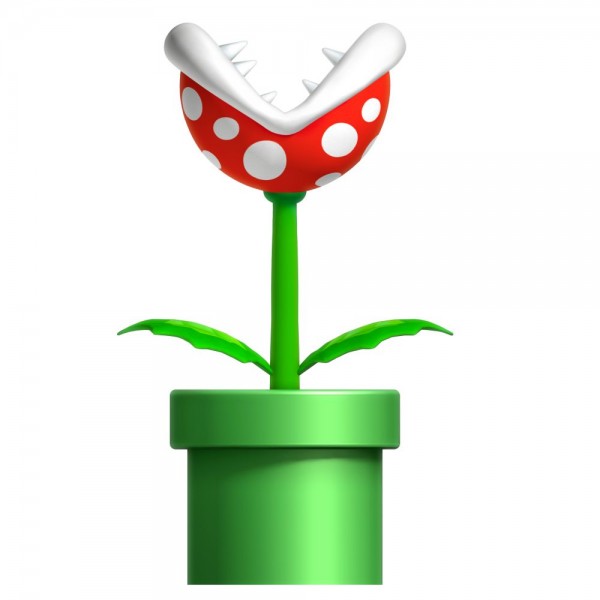 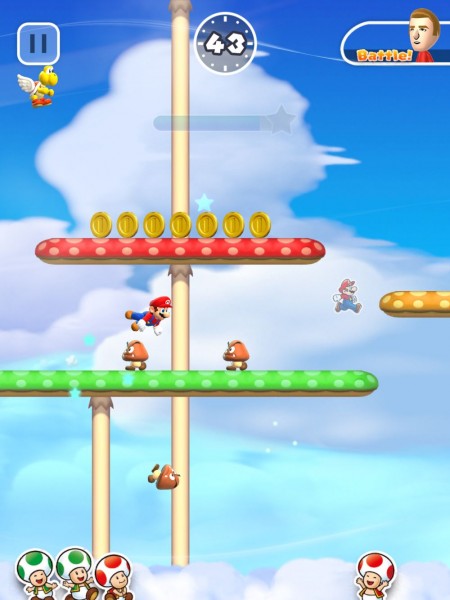 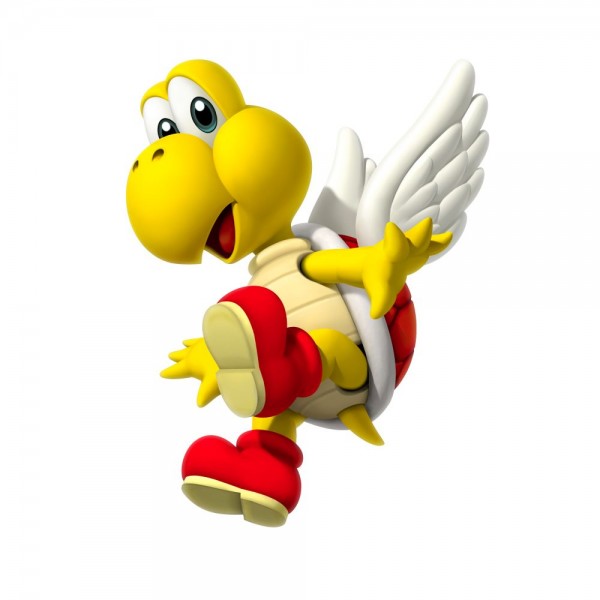 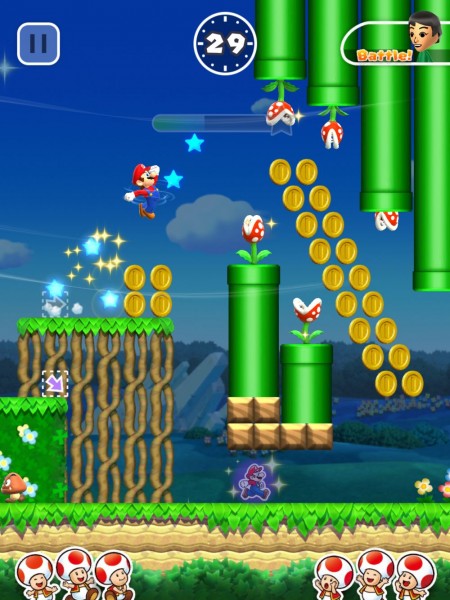 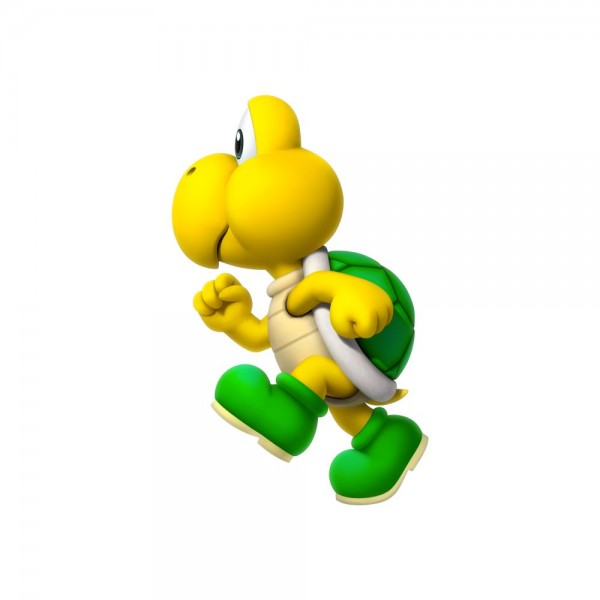 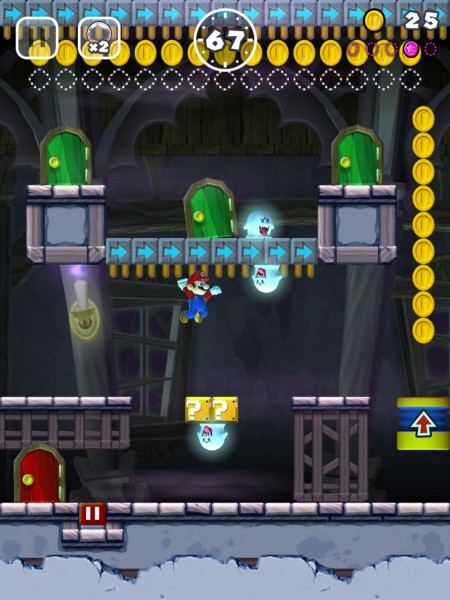 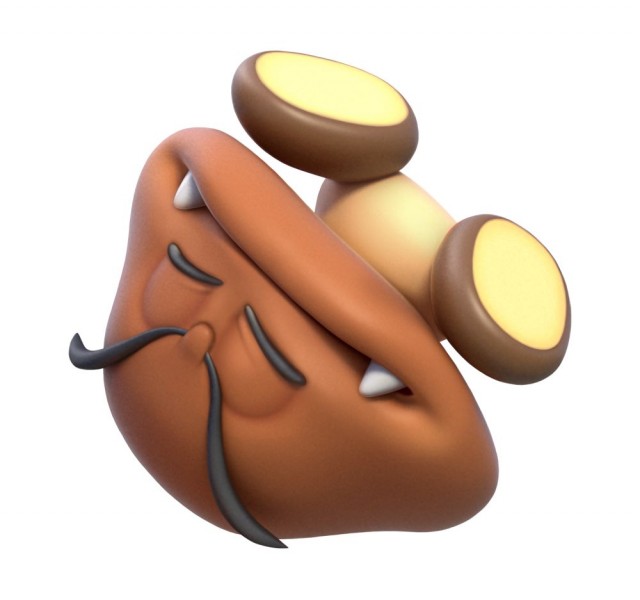 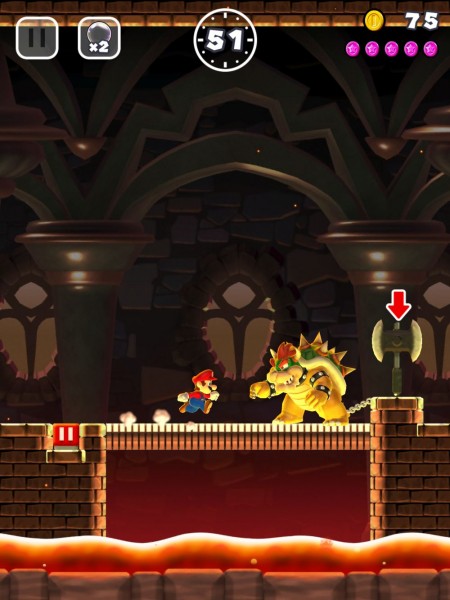 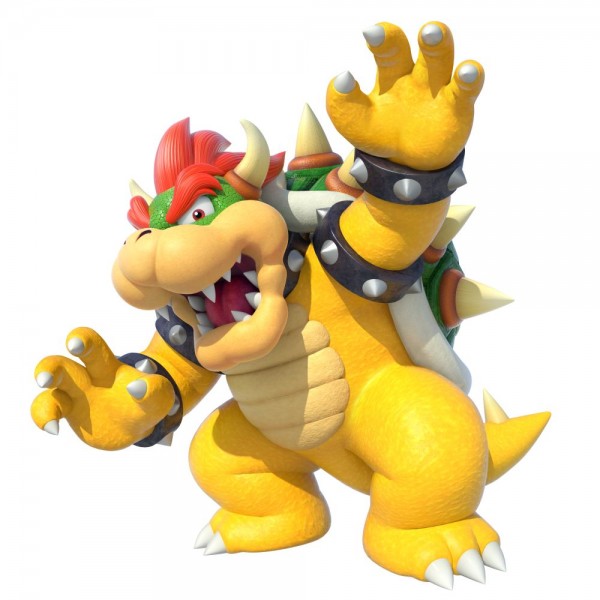 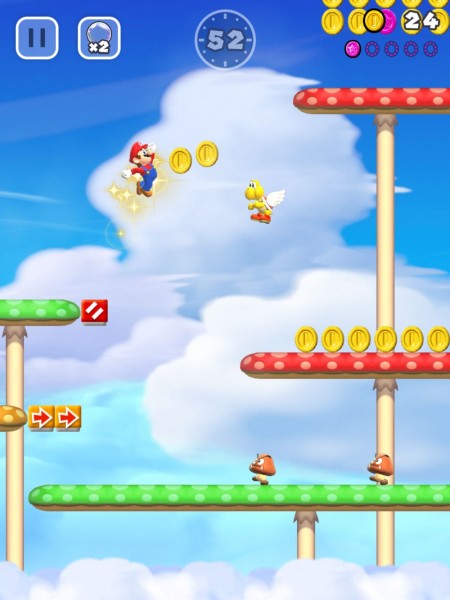 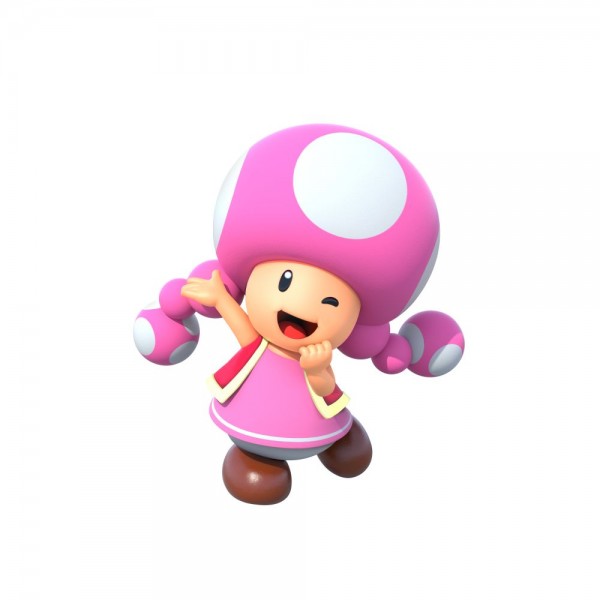 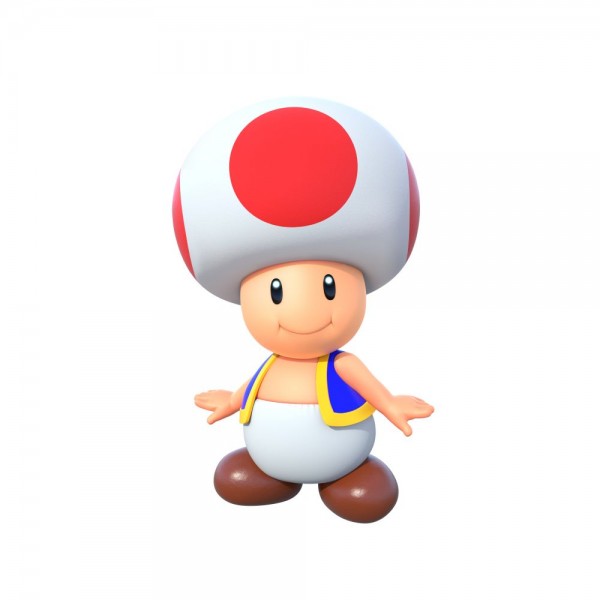 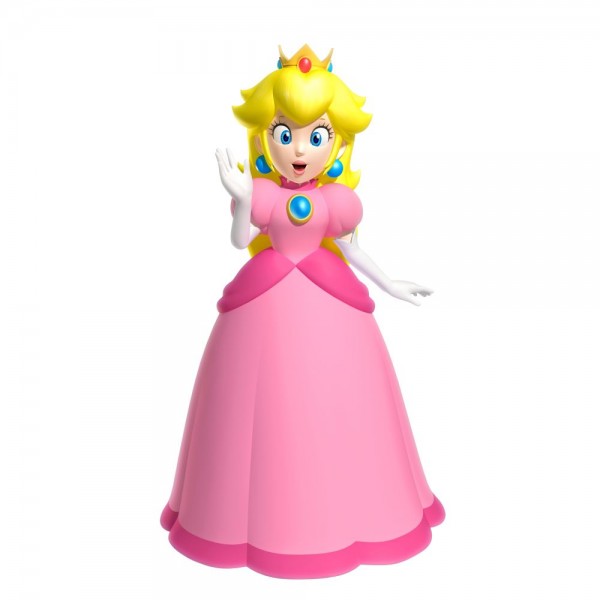 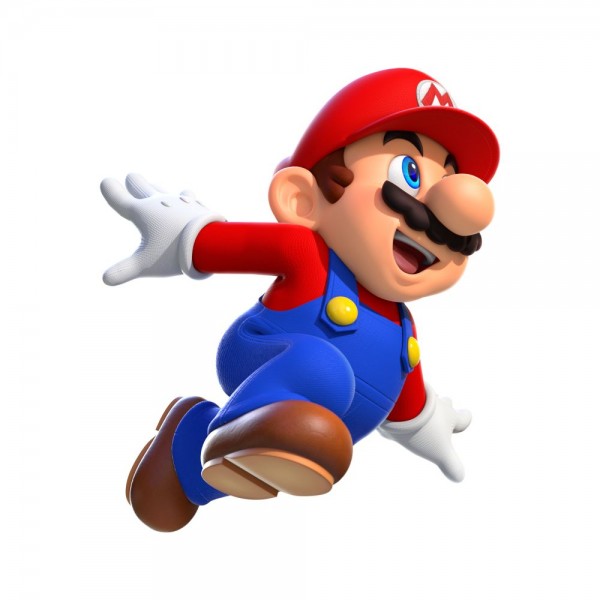 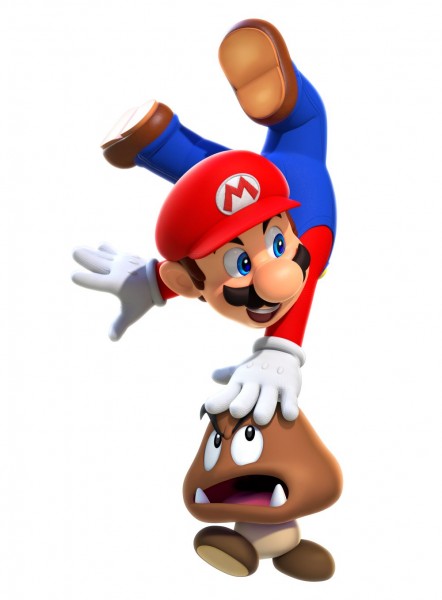 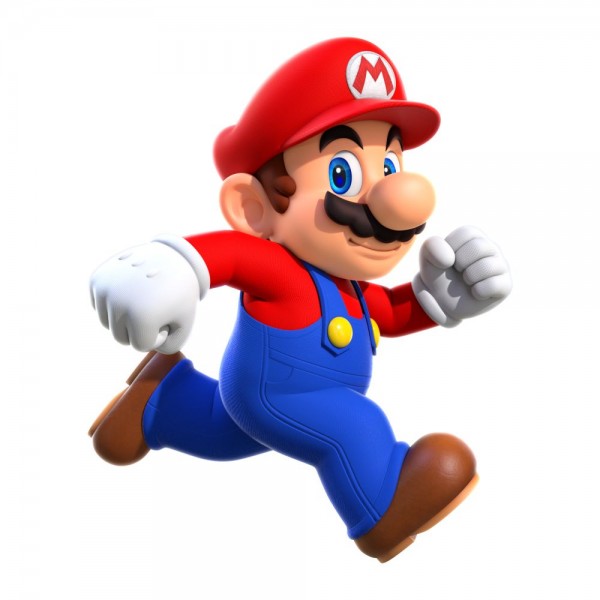 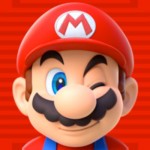 Run is a great Mario platformer, but it left me wanting more, to a fault.

Purchase More Info
7
i
Game Informer's Review System
Concept Mario goes mobile in a sub-category of the platformer genre
Graphics Mario looks great on iOS, even if the art direction is indistinguishable from the New Super Mario aesthetic established 10 years ago
Sound The remixes of classic Mario tunes are high-quality, and the sound effects are exactly how you remember them
Playability You tap to jump while auto-running. The gameplay works great and leaves plenty of opportunity for advanced platforming and surprising levels
Entertainment Mario’s jump to a non-Nintendo platform is a smooth one in the gameplay department. The levels are great, but there aren’t enough, and replaying them does not lead to a worthwhile reward
Replay Moderately high