Build The Mushroom Kingdom Of Your Dreams
by Kyle Hilliard on Sep 11, 2015 at 05:55 AM
Publisher: Nintendo
Developer: Nintendo
Release: September 11, 2015
Rating: Rating Pending
Reviewed on: Wii U Since Mario first won the hearts of gamers across the world in the early ‘80s, fans have been sketching up their own ideas for Mario levels on paper and imagining what sort of worlds they could create for the iconic plumber to explore. For this reason, Mario Maker seems like a tool that should have existed years ago – but it has been worth the wait.

After so many years starring in games, Mario’s core mechanics are still fun. Running, leaping, and jumping on enemy heads feels identical to the way it has in the past, but now you are able to claim a certain amount of authorship over it. If you aren’t interested in creating levels, you have more than 60 Nintendo-created stages to play through. They’re short, so it’s not enough to merit a stand-alone Mario game, but they’re entertaining and do a good job of showing off what the game can do.

Despite not being anything close to a game designer, I have spent plenty of time with game-creation tools. I’ve created levels in games like LittleBigPlanet and worlds in Project Spark, but the process always feels time-consuming and complicated. In terms of ease of use and the time required to create something you are proud of, Super Mario Maker is the fastest and most rewarding.

It’s easy to switch between the different eras of 2D Mario (Bros., Bros. 3, World, and New) while creating, but there is no cross-pollination among them, since each uses different physics and power-ups. All the pieces and templates translate within each era, though, which offers an interesting opportunity to see how familiar mechanics and art assets have gone through subtle changes through Mario’s 30 years.

Mechanics that can sometimes be surprisingly complicated in other creation games make more sense here. The GamePad makes everything simple and intuitive – you just point and place objects where you want them to go. The start and end points are already in place for you, enemy A.I. is taken care of, and a single button press ensures your jump gaps are acceptable lengths. I found myself giggling and enjoying my creations almost immediately, and never felt overwhelmed by my options.

The tools and templates of Super Mario Maker are not all immediately available. New additions are added on a daily basis during the course of your first week with the game. At first, this restriction helped my levels improve; rather than throw every tool into my level, I accepted the constraints and worked within the limitations to make my levels better. After a few days, I started changing the Wii U’s internal clock because I wanted to see everything and expand my options, and I’m sure others will be compelled to perform this “hack” as well.

Discovering new user-created levels is easy, since the best creators and levels are ranked into a list. You can also play a collection of random levels at varying difficulties in groups of 8 or 16 at a time. Completing these batches in under 100 lives rewards new 8-bit characters which can be used in your created levels. I enjoyed finding new levels this way, especially with friends nearby to appreciate the more absurd creations.

Super Mario Maker is simple without being shallow and dense without being overwhelming. Its capabilities are limited compared to other creation games (you can only make platformer levels) but I never felt like I hit a wall in terms of creativity, and was consistently surprised by the work of others. Super Mario Maker will only grow from this point forward, but it already feels like the complete, 2D Mario creation tool we’ve been dreaming up since the first time we bounced off a koopa’s shell.

We played Super Mario Maker on dedicated pre-release servers set up for members of the media to try out the online level sharing. Uploading, downloading, and finding new levels worked great, and even with only a small fraction of what will eventually be Super Mario Maker's player-base, we saw a wealth of interesting levels and user-created content that makes us excited for the wide release. If our experience of the final game results in a different experience, we will react accordingly with our review.

To see some of the levels I created for the game, head here. To watch us play two hours of Super Mario Maker, head here. 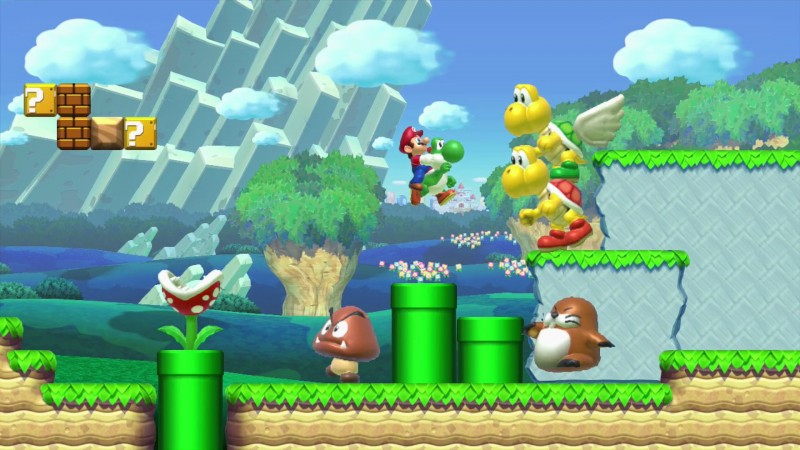 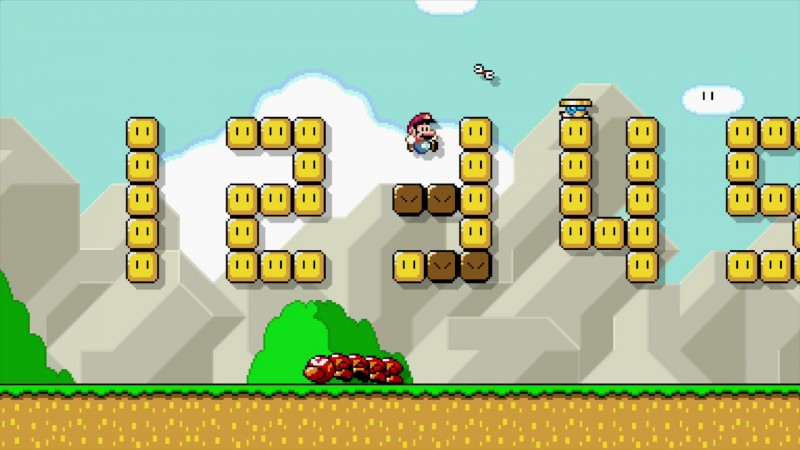 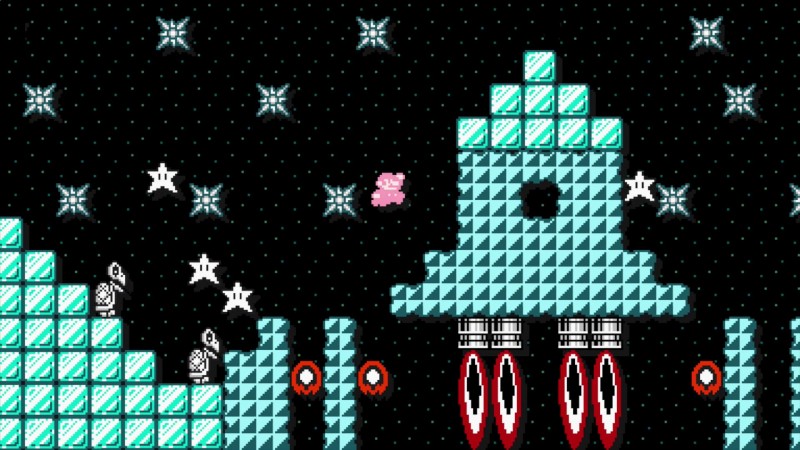 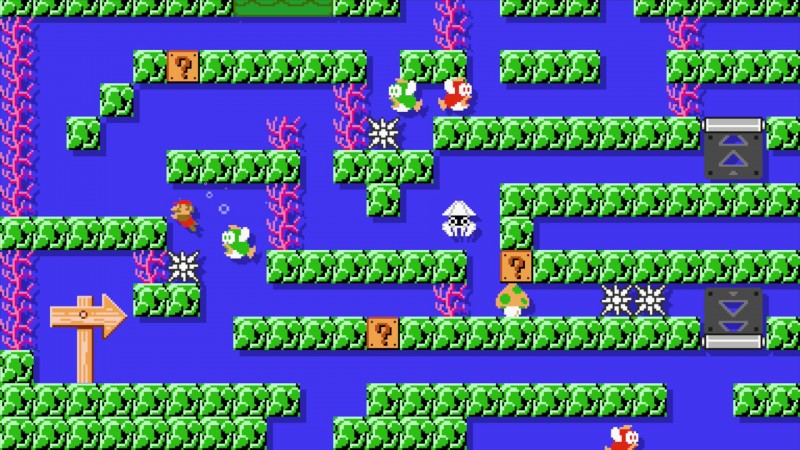 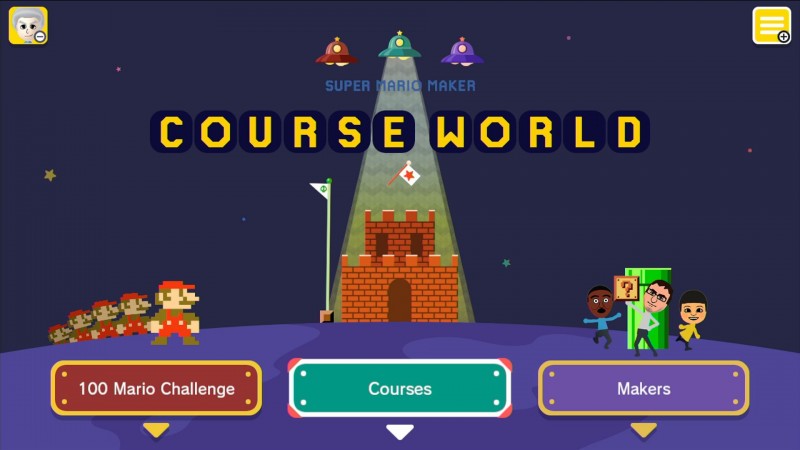 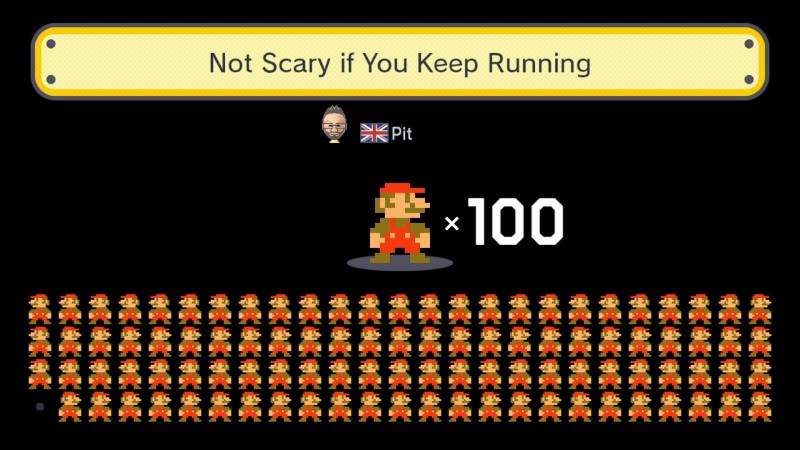 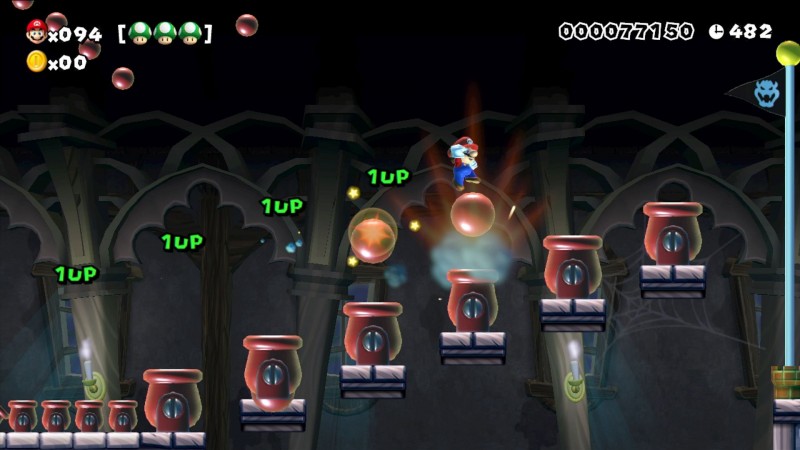 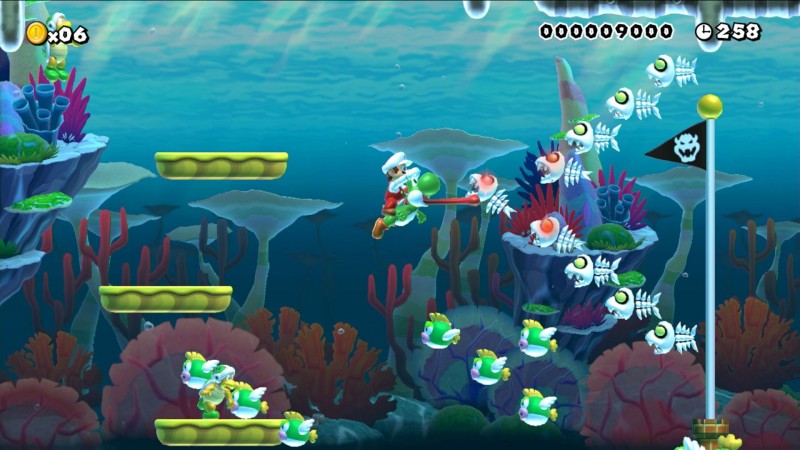 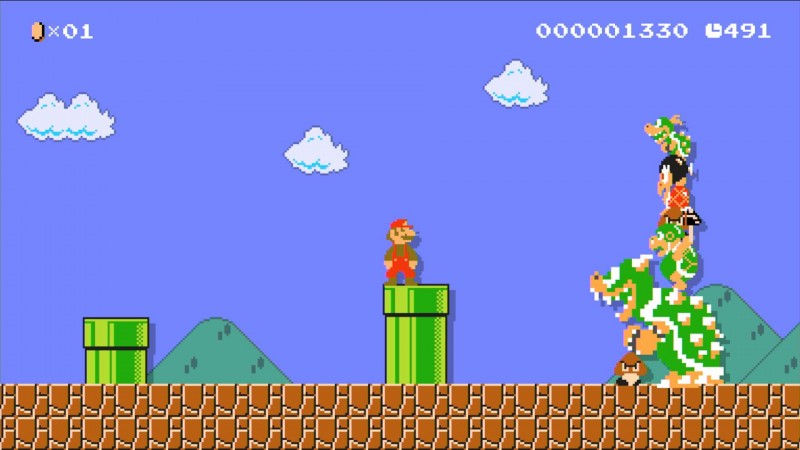 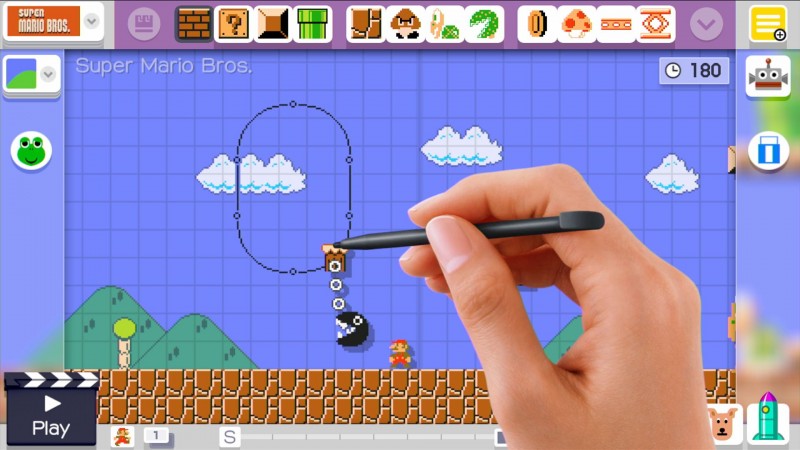 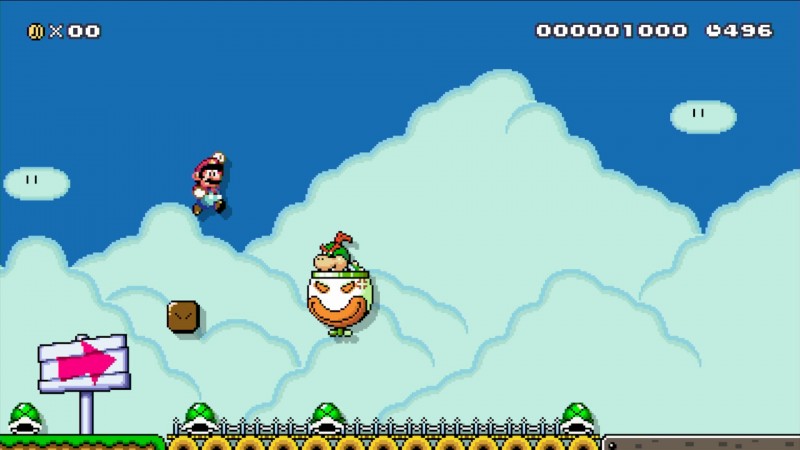 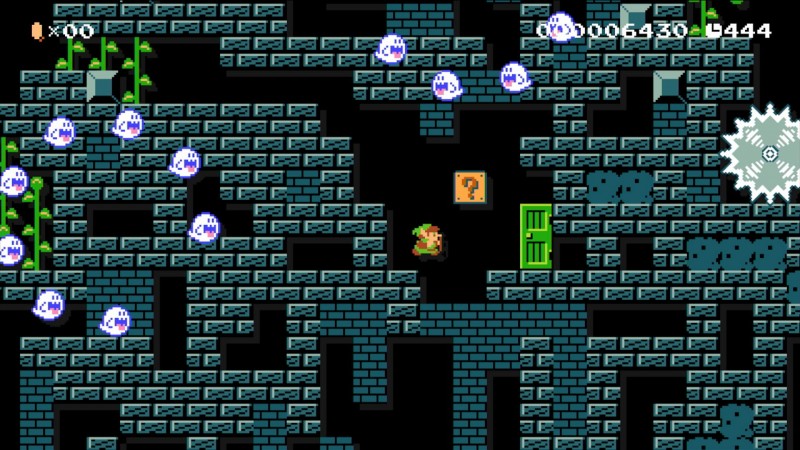 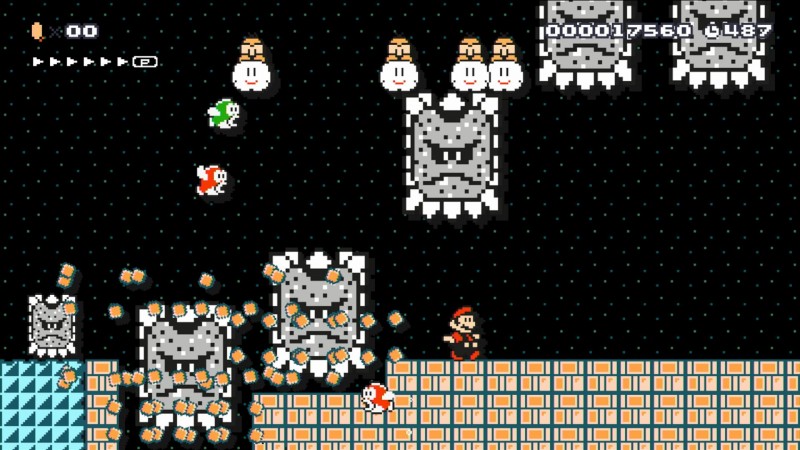 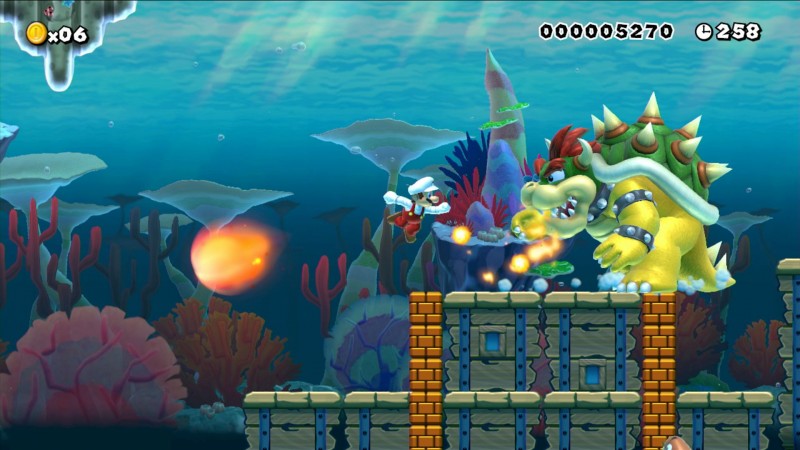 Super Mario Maker seems like a tool that should have existed years ago – but it has been worth the wait.

Purchase More Info
9
i
Game Informer's Review System
Concept Give players the tools to create their own classic Mario levels and easily play and appreciate the work of others
Graphics Classic Mario has never looked better. Even the 8-bit mode looks incredibly sharp in high definition
Sound Familiar Mario themes permeate the entire experience, but many new tracks and remixes stand out admirably among the classics
Playability The platforming is flawless, and the GamePad’s creation tools are intuitive and easy to use
Entertainment A literally endless supply of Mario levels is at your fingertips, as long as you don’t mind if they aren’t up to Nintendo’s standard of quality. Getting creative with the tools is fun, and so is seeing what others have devised
Replay High