Retro-inspired 2D action games are plentiful on digital storefronts, so it can be difficult for them to distinguish themselves from their competition. With a distinct art style, wacky humor, and role-playing elements galore, Super Daryl Deluxe immediately stands out from the crowd. While the journey is enjoyable and features plenty of novel ideas, frustration and uneven design drag the experience down on a regular basis.

Super Daryl Deluxe pulls inspiration from the Metroid series, letting you explore several 2D landscapes as you fight enemies, acquire new moves, and build out your map. However, developer Dan & Gary Games differentiates this title from the traditional Metroid formula by allowing you to enter its frenetic fights with customizable loadouts. Whether you want to keep enemies at a distance or make every kill up-close and personal, a sizable bank of available moves gives you full control.

I love the personalized loadout; being able to designate two melee attacks, an area-of-effect ability, and a ranged ability helps create a well-rounded character, but I had most fun building a melee loadout. Each ability handles differently: one turns you into a twisting tornado, spinning out of control, while another allows you to quickly throw tainted darts in all directions, inflicting poison on your enemies.

Despite the modification and upgrade elements, encounters are slightly clunky. While you can spec Daryl for melee or ranged combat, the attacks all operate on cooldowns and the transition from one attack to the next feels stiff. Even once I had a fully upgraded melee loadout, I resented the quirks of several moves. My sword-slash attack forcing a dash into the mix always threw me off, and a wave-riding attack that forces you to move in the direction you're facing made it unconventional in many situations. Still, finding the sweet spot for your preference and then stylishly chaining together combos with all your abilities is satisfying.

Outside of combat, Super Daryl Deluxe wholeheartedly embraces the role-playing genre. The adventure hinges on working with Daryl's classmates on quests. You collect optional missions by talking to NPCs, and I love how you can pin multiple quests to the top right of your screen to track progress. Some of these quests are straightforward, like killing a set number of enemies in an area, but others are more nebulous and confusing. On multiple occasions, I wandered into a sprawling dungeon to figure out how to progress because the current quest objective was unclear, obscured, or glitched.

I like chipping away at my massive list of sidequests, as each one rewards you with XP and gear, but some of them don't inform you that they can't be completed until much later in the game; one had me searching everywhere for an item, but I only randomly stumbled upon it in late-game exploration.

Leveling up Daryl and regularly equipping him with better gear is fulfilling, but I'm less impressed with the pacing. It's expected that each new area in an RPG brings higher level creatures, but some of Super Daryl Deluxe's jumps feel egregious. Even completing every sidequest I could along the way, I felt the need to grind for hours just to get to a comfortable level. The occasional slog is also accentuated by the lack of checkpoints, which means any death sends you back to your last manual save. While the save points aren't too spread out, adding any additional time on top of multi-phase boss fights or the lengthy dungeons within the high school adds insult to injury.

These dungeon areas emerge within the school after a mysterious apocalypse. As a result, each of the classrooms has become a massive level themed after the subject; the history room has quests for Napoleon Bonaparte and Julius Caesar, while the science class has you battling beakers and assisting a supercomputer. This sets the table for some fun scenarios and allows the goofy sense of humor to shine through. Ridiculous plotlines with recurring gags and unexpected cameos from important figures in the classrooms' subjects provides ample chuckles throughout the story. Getting ambushed by a Babe-Ruth-led horde or saving Santa Claus from Ebenezer Scrooge's basement prison made me laugh at the absurdity of the situations.

This apocalyptic state also provides an excuse for the distinct art style. Unique hand-drawn aesthetics with exaggerated character design and muted colors effectively convey the sense that the fabric of the world is hanging by a thread. Unfortunately, the abstract visuals are hit-and-miss. For every appealing NPC or enemy, you get an eyesore environment.

From its art style and writing to its structure and design, Super Daryl Deluxe is strange. I enjoy the combat, humor, and the checklist structure of the quests, but the nondescript method by which you complete some missions mars the experience. Super Daryl Deluxe features multiple good ideas, but the execution is limited in its success. 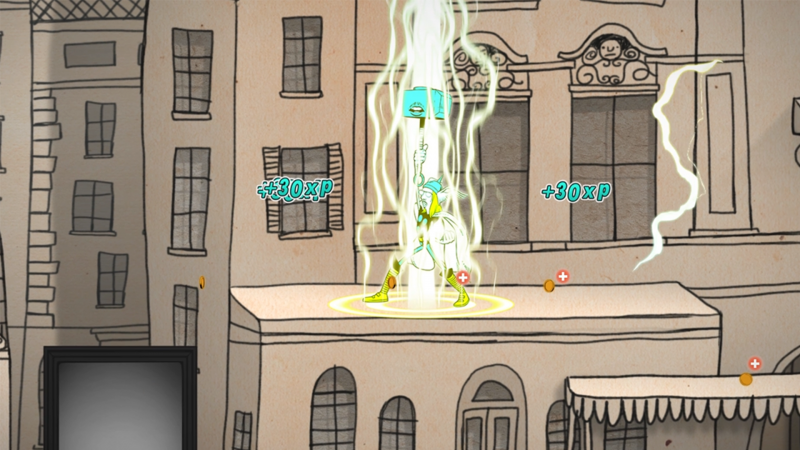 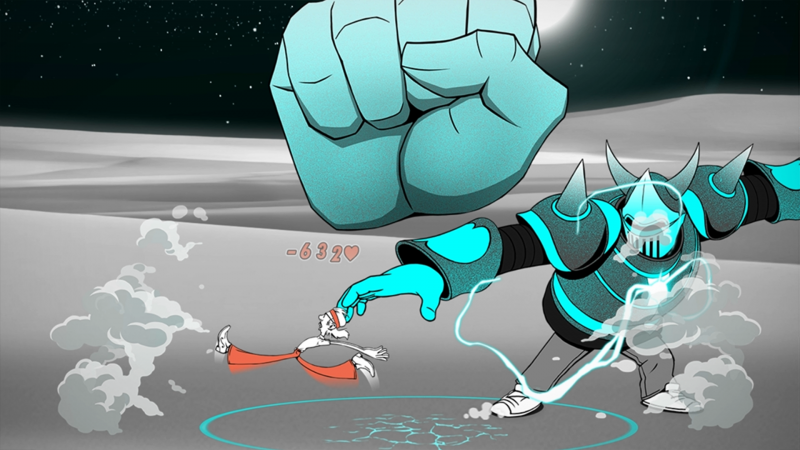 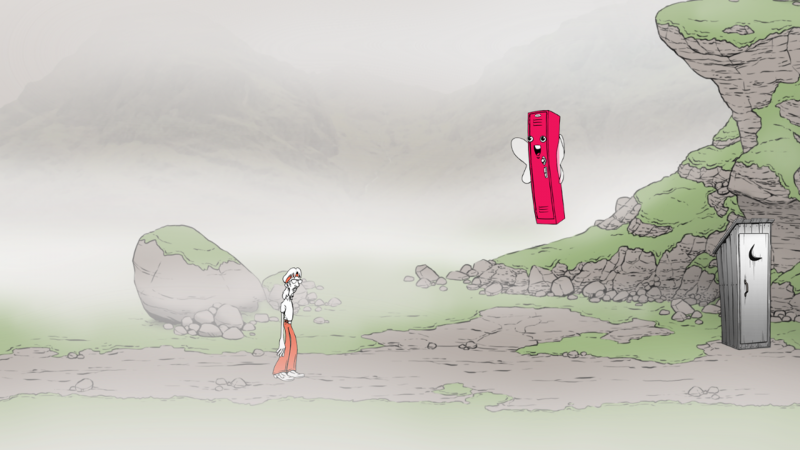 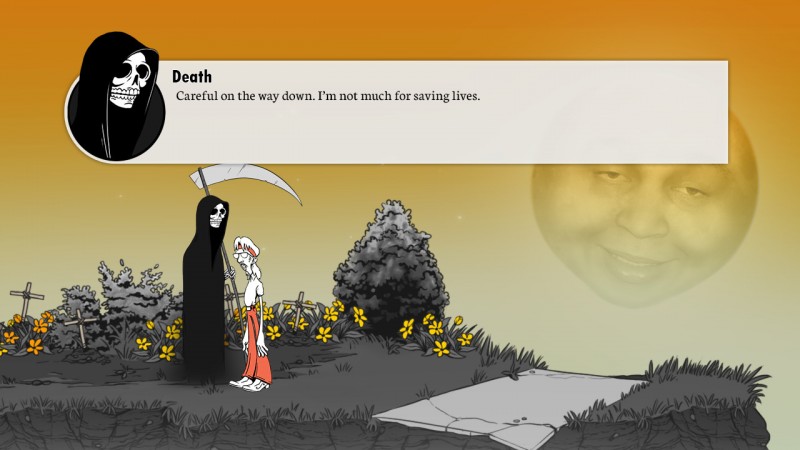 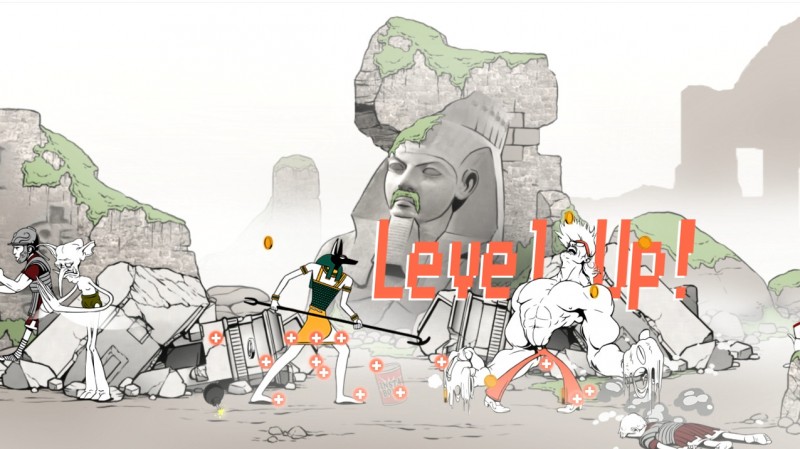 Super Daryl Deluxe features multiple good ideas, but the execution is limited in its success.

Purchase More Info
6
i
Game Informer's Review System
Concept A Metroid-inspired adventure with role-playing elements, all tied together with a supremely strange aesthetic and story
Graphics The hand-drawn art style is hit-and-miss, but it’s inarguably unique. However, some areas are downright unattractive
Sound Though I enjoy the music, tracks can grind on you when looped for hours in a dungeon
Playability Being able to fully customize your loadout allows you to cater to your preferred playstyle, but the exploration structure and lack of checkpoints often lead to frustration
Entertainment Super Daryl Deluxe is a fun, humorous ride that goes all-in on its strange vision. Unfortunately, nondescript quests, unclear objectives, and uneven balance prevent it from becoming anything more
Replay Moderate