Classic Bomberman titles are known for delivering fast-paced action that is best appreciated in a multiplayer setting. Super Bomberman R tries to follow in those footsteps, but it does not achieve the same level of entertainment. This entry relies too heavily on the existing formula for success, and when it does attempt to expand on what worked in the past, it fails to do so in meaningful or memorable ways.

The multiplayer's setup is familiar: You drop bombs around a grid-based map in hopes of being the last one standing. Battles can be played locally on one Switch or multiple Switches, or online via network play. I had fun blowing up blocks, scurrying for power-ups, and blasting enemies, but the action gets old quickly. Different maps that feature distinct elements and layouts shake up the matches initially, but as the novelty of these variations diminishes, players are left with the same deathmatch-style gameplay the series has relied on for decades.

When you're playing locally, you have the option to add human or computer opponents. Playing with the latter often feels broken, as the A.I. runs instant calculations and knows exactly where to place its character the way an expert player would, and you can't tune the difficulty to be more in line with the other players in the match. Unless you're in a match full of skilled Bomberman players, you're probably better off leaving those extra spaces blank.

If you're looking to jump online and throw down against players across the globe, Super Bomberman R's online suite gives you the option to play quickplay battles with customizable rules, or the more standard league battles that let you play to level up into new, more competitive player pools. These simple options could deliver a satisfying way to play, except that network instability renders most matches unplayable due to lag. Even when I tell the game to only find those who have a "good" network connection, the matches feature some degree of latency, with the level of impact ranging from a simple half-second delay from command input to execution, to players running in place and falling completely unresponsive.

Story mode (which can be played solo or in co-op) gives you five worlds, each consisting of eight stages, a duel against an A.I. character, and a boss fight. The biggest way it attempts modify this simple formula is through additional objective types, but they are more frustrating than fulfilling. While I enjoy the most common objective of eliminating every enemy on a stage, as well as survival objectives that require you to stay alive for a set period, story mode struggles beyond that simple scope.

Missions like finding hidden keys or throwing switches to open the exit portal do a good job of bringing new takes on Bomberman into the mix in inoffensive ways. However, when a mission variant that requires Bomberman to rescue abandoned NPCs across a given stage is introduced, the story mode reaches its low point. In these stages, you dodge enemies and collect several stranded NPCs and deliver them to a safe zone. The NPCs don't stay right on you, and are likely to get caught in bomb blasts as they trail behind, causing them to respawn in their original locations. I was thankful that these aggravating stages didn't pop up frequently, but I dreaded them when they did.

Even with these issues, Super Bomberman R's most egregious offense comes with how it handles a game over in story mode. The gems you use to purchase characters, customizations, and multiplayer maps are also tied to story mode continues. If you run out of lives and don't have enough gems to continue, you lose all your progress on that world - a hefty penalty, especially if you reach the boss fight. With no way to go back and replay earlier missions prior to finishing the whole campaign, this can leave you stuck, making multiplayer your only way to earn gems. Lowering the difficulty reduces the number of gems required to purchase a continue, but you shouldn't have to cheat the system to avoid losing progress.

When you make it through the eight acts of any given world, you engage in a duel against an A.I. opponent. These battles should be exciting, as they veer closer to the classic Bomberman shtick than any other element in the story mode, but just like in the multiplayer battles, the A.I. proves to be a whale to take down. In this mode, the computer players are particularly tough since they also have special abilities, like bombs that are drawn to you or explosives with varying fuses. This level of challenge forces you to be reckless rather than strategic, which dwindles your lives as you reach the end of the world.

The boss fights that follow each duel are inventive and fun most of the time, and they stick out as a highlight of the otherwise bland story mode. I enjoyed leaving a trail of bombs to blast a giant robot out of the sky, then lining its downed shell with explosives and watching them all detonate to do high damage. The biggest problem is that fights sometimes rely on cheap attacks that once again pull the flawed continue system into the spotlight.

With a skippable story mode, a poorly implemented in-game currency system, and shallow multiplayer offerings, Super Bomberman R is not worth your time. It's a better multiplayer game than a single-player game, but it's not a particularly good multiplayer game either. 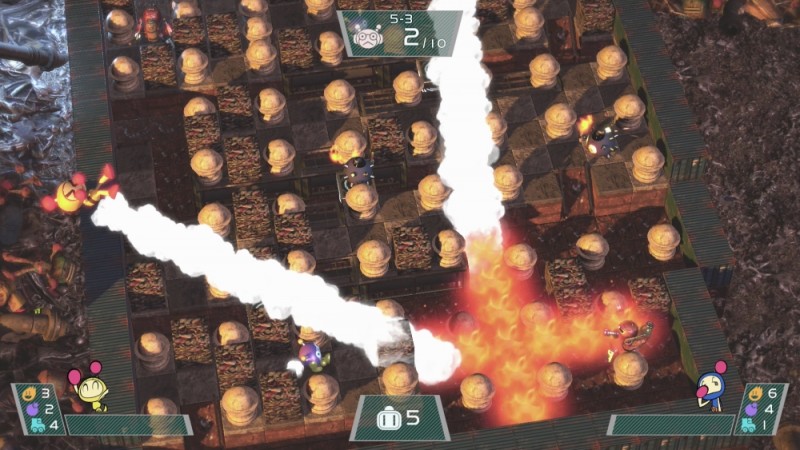 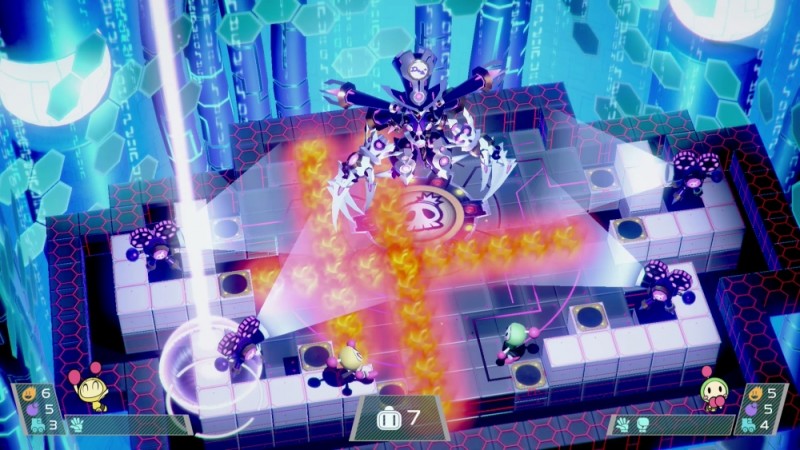 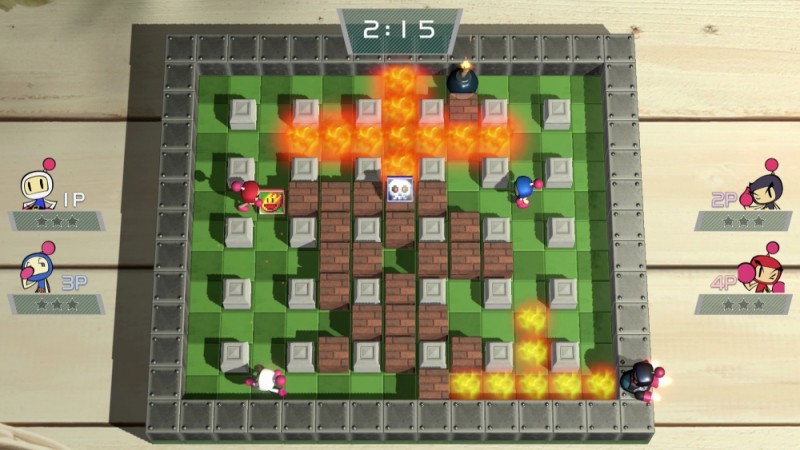 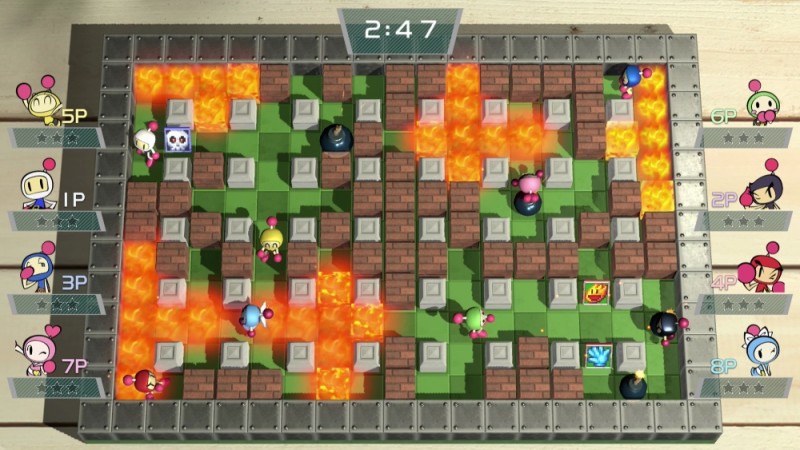 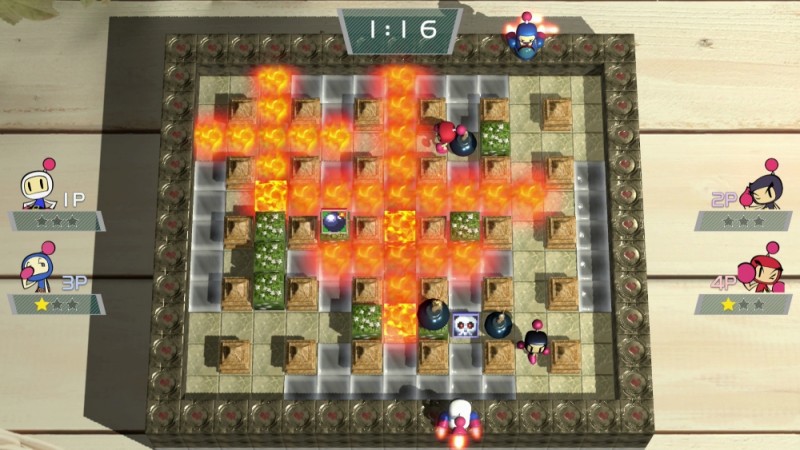 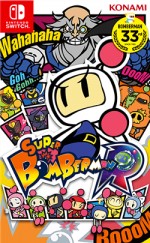 Purchase More Info
5
i
Game Informer's Review System
Concept Blow up environments, enemies, and even yourself as you play through a mediocre story and serviceable multiplayer
Graphics While not a graphically impressive game, most stages feature vibrant colors that are pleasing to the eye
Sound Upbeat musical loops complement the fast-paced gameplay, but the repetitiveness of the voice acting lines is noticeable from the first match
Playability Those who played the classic entries of the series can jump right in with Super Bomberman R, but beware some of the frustrating story mode objectives
Entertainment A terrible continue system further drags down an otherwise mediocre story mode, and the lack of depth in multiplayer is immediately apparent
Replay Moderately low