As the flagship franchise in the fighting genre, Street Fighter strives to appeal to both die-hards and tourists. Street Fighter IV excelled in providing an enjoyable system for players of all levels. Street Fighter V furthers those strides to deliver remarkable gameplay. However, the deeper I dove, the more my enthusiasm for the gameplay was overshadowed by the surprisingly shallow options.

Street Fighter V builds on the mechanics that have kept the series at the forefront of the genre. Fans who poured hundreds of hours into Street Fighter IV should find their skills highly transferrable. Whether hurling fireballs at an advancing opponent or unleashing a charged double knee press to cap off a vicious combo, the inputs and charge moves are more responsive and easier to pull off in the heat of battle.

Though plenty of skill is still required to analyze each situation on the fly and respond with the correct input, Street Fighter V places the emphasis on the strategy. It’s less strict about accepting commands; I rarely had difficulty throwing a dragon punch when I needed to as long as my reaction was quick enough. Instead, the focus is on situational awareness and knowing the correct response to your opponent’s advances.

Adding to its sturdy foundation, Street Fighter V introduces a new V-system, increasing accessibility for less skilled players. The system gives new powerful abilities to each fighter on the roster without complicating their movesets since all of the commands – the V-Skill, V-Trigger, and V-Reversal – are performed using the same basic inputs. I love how these add an extra layer of approachability to what was already a beginner-friendly system. Whether augmenting Ryu’s attacks with electricity or powering up Necalli’s attacks, the V-Trigger system helped me even the odds against more skilled players.

Despite the increased approachability, the depth fans crave from the series prevails. Characters like Rashid and Necalli are built for up-close aggression and assault, while more defensive characters like Dhalsim and F.A.N.G. allow you to operate from a safer distance. When you combine characters’ unique attributes and abilities with the V-System and the Critical Arts system (the new name for EX specials), building a strategy that is compatible with both your playstyle and the character’s strengths is not hard.

The gameplay may be a shining model for the rest of the genre, but how players can engage with it is less impressive. Street Fighter V abandons the traditional arcade mode, a staple since the genre’s inception. Instead, players who want the single-player experience are relegated to story and survival modes. Story mode is the biggest disappointment, as each character’s story ends after only two to four fights (with forgettable illustrations and narration in between). With no way to change the difficulty away from its super-easy default, the mode is fleeting and inconsequential, particularly for characters like Chun-Li, who squares off against Vega for two of her three fights. A more traditional ladder experience is delivered through survival mode, but it feels soulless. Each difficulty lines up your opponents the same order every time; you fight through the same rotation of characters (multiple times on higher difficulties), ultimately capped off by a boss fight.

Training traditionally gives you the opportunity to familiarize yourself with your character of choice, but even this mode is missing a key feature. Combo challenges, the best way to learn how to chain together moves, is completely absent. It’s a shame that this is missing, particularly since many characters control differently in this entry. However, the mode does add the awesome ability to program the A.I. dummy to perform series of actions – a feature that would fit nicely into training mode if it actually taught you how to effectively use the characters.

Taking on a friend locally never gets old, but the ability to fight a CPU-controlled character in versus has been removed, meaning you have no way to stage a match against a particular A.I. character outside of training. This severely limits solo players’ ability to play and learn the game, instead throwing them into the grinder of online competition if they desire any meaningful interactions. The mechanics feel aimed at welcoming newcomers, but pushing them toward playing the highly skilled players online is at odds with that notion. Street Fighter may be known for its online community, but players should be able to enter it on their own terms.

Hopping online also presents an unfortunate caveat: Unless you enter a custom lobby in the battle lounge mode, you are unable to select your fighter prior to each match. Instead, you set your main in an external menu and automatically fight as that character, removing the classic process of two players choosing their characters and squaring off for most online modes. Street Fighter V also lacks spectator mode, which is a big deal for those who like watching others compete online.

Though grueling, playing online is the most rewarding mode, as it allows you to truly put your skills to the test. I love the ranking system that allows you to build up to a new league and improve your global ranking, and the flexibility of the battle lounges is a big draw for players wanting to have a fun time with friends. Unfortunately, the servers have been unstable following launch. With such a neutered experience outside of the online component, any server downtime practically renders the game useless.

The gameplay of Street Fighter V is excellent, and no matter what mode you play, the superb mechanics follow. Unfortunately, the content isn’t substantial, and omits several standard offerings that we’ve come to expect from the genre. It’s a shame that the structure presents so many frustrations, because the gameplay itself is entertaining. 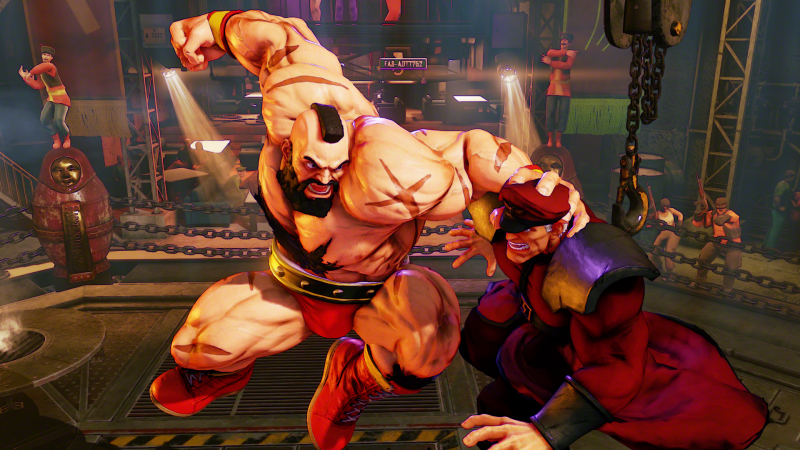 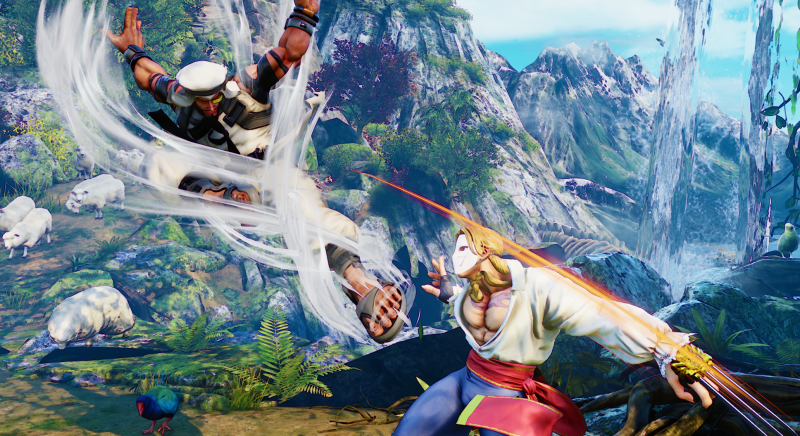 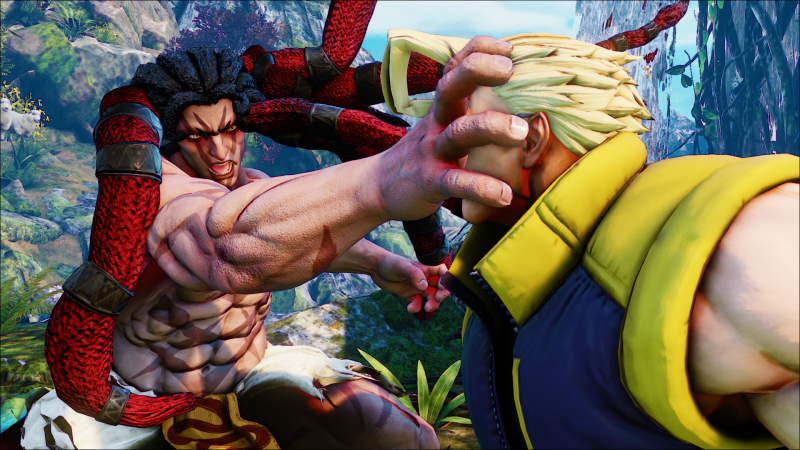 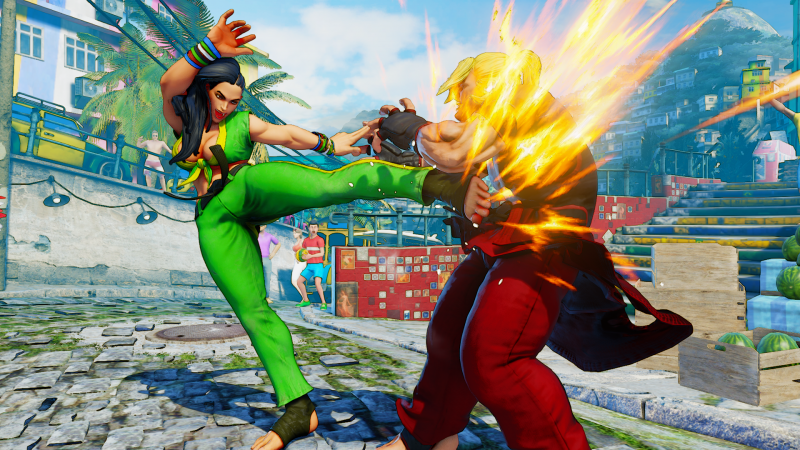 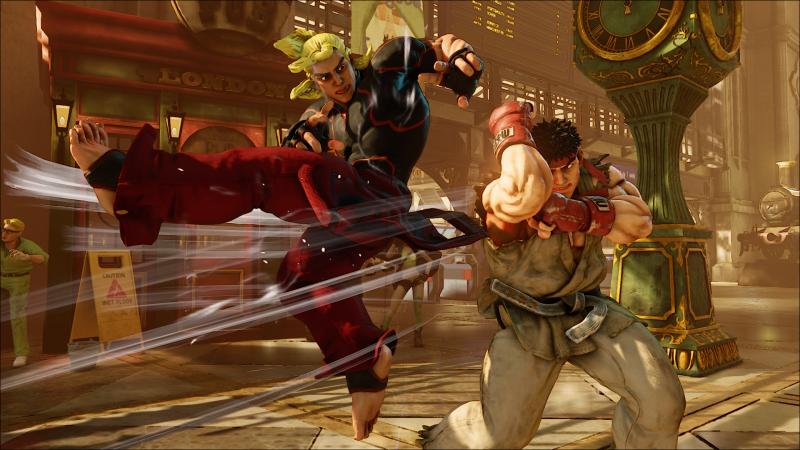 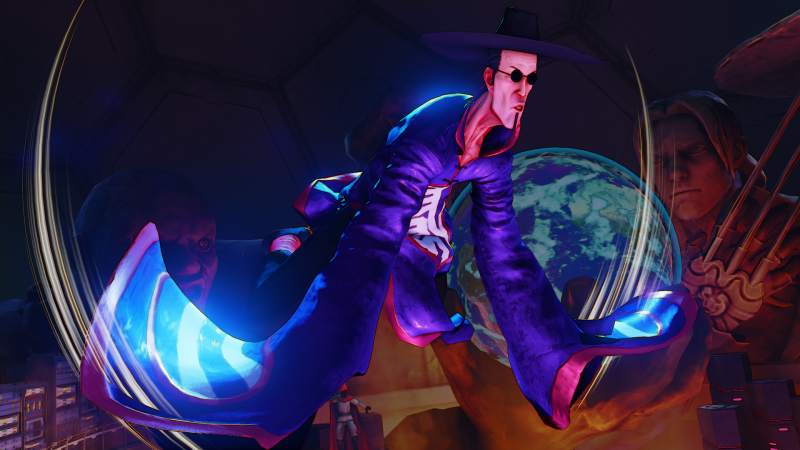 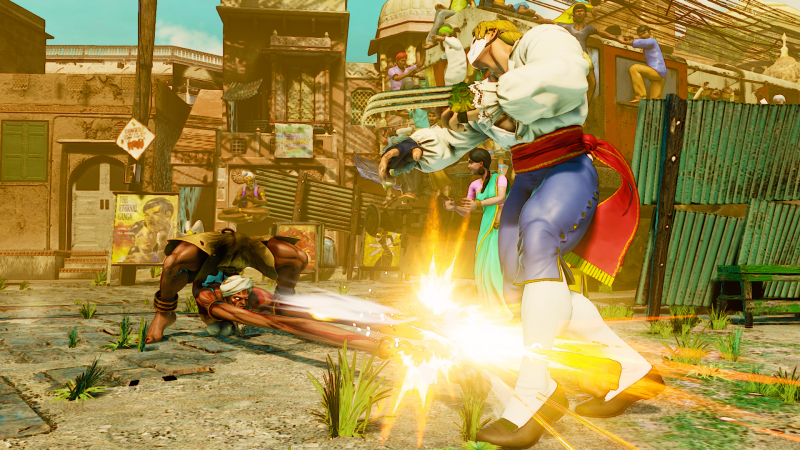 Street Fighter V delivers great gameplay, but leaves out a lot of what fans have come to expect.

Purchase More Info
7.25
i
Game Informer's Review System
Concept Carry on the lauded legacy of the Street Fighter series with approachable gameplay, but without many of the features fans expect
Graphics Characters and backgrounds are detailed and vibrant, but the new designs of some fan-favorite fighters are jarring
Sound High-octane music gives a nice backdrop to fights, and personalized verbal jabs between fighters is a nice touch, but I would have liked more of them
Playability Combat is newcomer-friendly while maintaining its depth, making it fun whether you’re just learning how to throw a hadouken or ready to dominate online
Entertainment Playing Street Fighter V is an outstanding experience, but the limited modes and infrastructure that binds them together stands on shaky ground
Replay High