Steep: Road to the Olympics Review The Winter Olympics and Steep don't have a lot in common other than they take place on snowy mountains, which is the crux of this expansion's problems. Steep's base game and its DLC up to this point are open-ended experiences predicated on letting players explore different extreme sports forms in free spaces. The addition of nine Olympic events and a Become a Legend mode in Road to the Olympics restrict what is best about Steep with little to show for it in return. Even if you're solely interested in the Olympic content, this expansion provides little substance.

The Become a Legend mode is accessible in the main game's Aravis location (showing up as an optional event alongside the others), taking you on a training regimen that culminates in qualifying for and competing in three freestyle events in South Korea – Big Air, Halfpipe, and Slopestyle. This isn't a story mode or a deep career mode with a progression system for upgrading your rider. Instead, it's a series of tutorials and the occasional event. These competitions are routine for those who've already played Steep, and laborious for the uninitiated.

The mode half-heartedly attempts the staging of its own Olympic drama. This includes a narrator chronicling your journey leading up to the Winter Games and video clips of real-life Olympic athletes such as Lindsey Vonn, Sage Kotsenburg, and Kevin Rolland talking about their professional experiences, but it fails to convey much of the Olympic experience itself. It lacks TV-style presentation, an Olympic Village, a sense of occasion through the opening ceremonies, and even medal presentations on a podium.

My favorite events of the Winter Games – the skiing – aren't even included in the Become a Legend mode. These are instead only available by themselves on an isolated mountain representing South Korea. You can't even free ride it like all the other mountains in the game. It exists only to host the nine Olympic events, and therefore is a waste of a mountain and is unrelated to the rest of the game's philosophy, events, and even online features. You can see the online times of others, but there is no meeting and competing with real-life players in South Korea. Some Olympic spirit.

The gameplay doesn't stray far from what Steep already has demonstrated it can do. Thankfully, none of the usual half-baked Olympic gameplay crutches are present, such as minigames, quick-time events, or button mashing – just snowboarding and skiing. The Super-G and Giant Slalom skiing events feel nice, with the fast downhill races offering a new experience for Steep players as skis chatter over the icy slopes with a palpable sense of danger. The Parallel Giant Slalom event on a snowboard was also fun, demanding a quick rhythmic swaying with the right analog for the fastest time through the gates. Despite these highlights, the Olympic content's focus on the actual Slopestyle freestyle course in South Korea emphasizes an existing weakness in Steep's gameplay – rail grinding and sliding. These were added as DLC, and getting on rails still feels unpredictable and too floaty to feel satisfying.

The Road to the Olympics expansion also contains alps in Japan. Thankfully, this new mountain region includes all the drop zones, mountain stories, challenges, and freeride opportunities Steep players have enjoyed in the base game. This region naturally includes the updates to Steep thus far, including the ability to change the world's ambiance and time of day at will, and other extreme sports like the rocket wingsuit. These true-to-form additions are redeeming because they are a more natural fit with the base game than the new Olympic content.

There's more going on in these winter sports than what happens when the world pays attention every four years, and Steep shouldn't be held hostage by the Olympics when what it does is working so well already. This content neither plays to Steep's existing strengths nor gives gamers looking for Olympic competition anything satisfying. 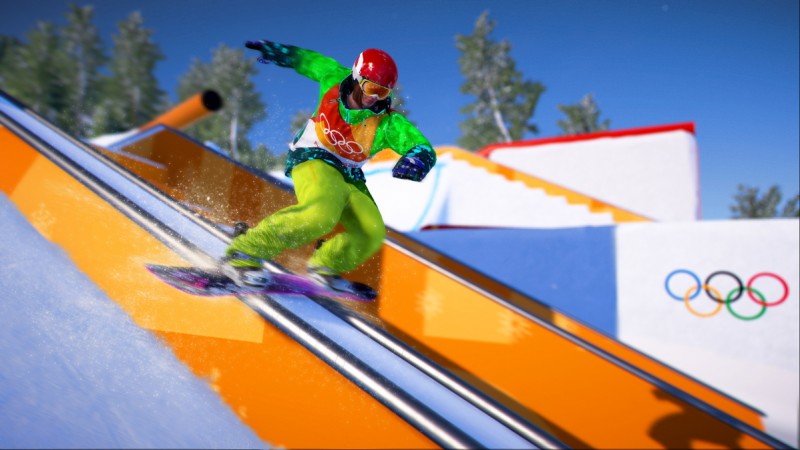 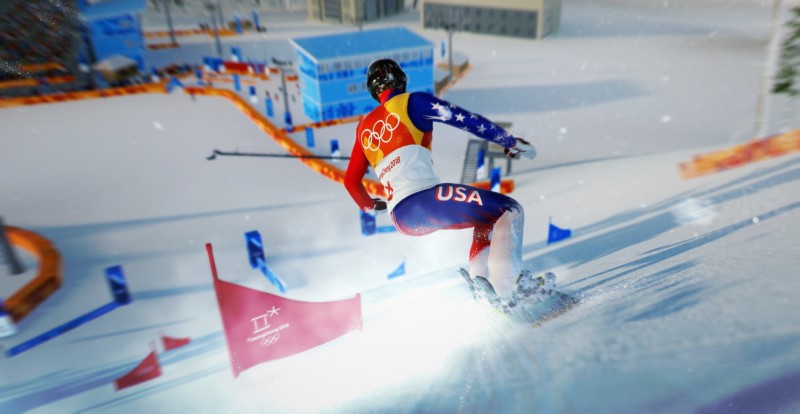 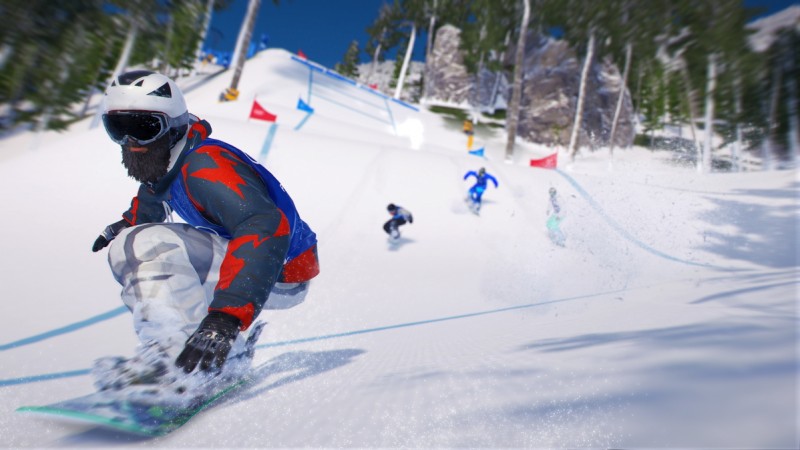 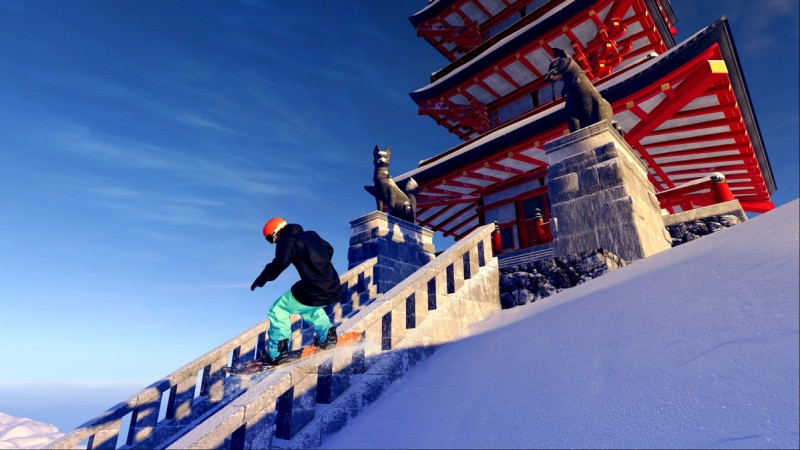 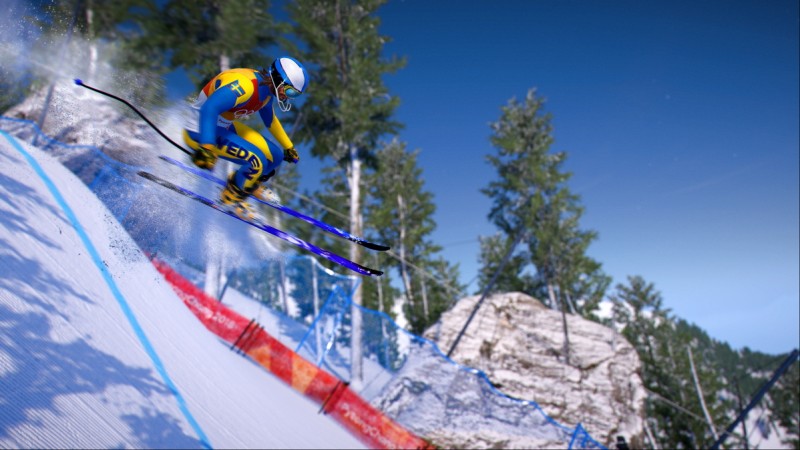 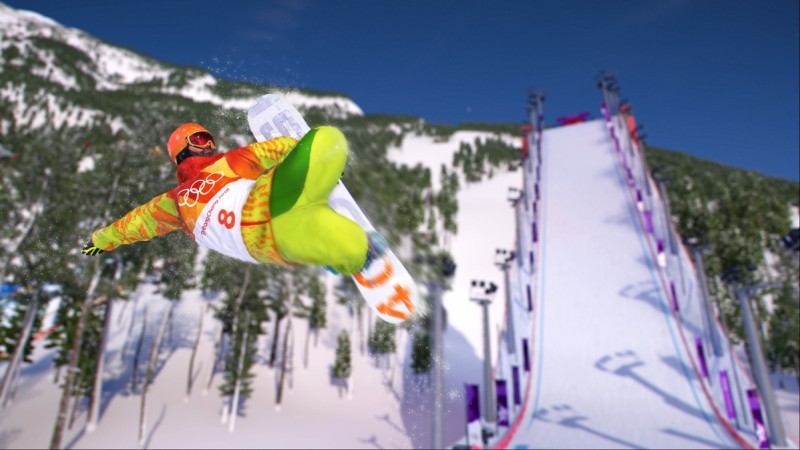 6
About Game Informer's review system
Concept
Add Olympic content to Steep – somewhat incongruously – both as DLC and as a standalone game that includes the base title
Graphics
The game looks nice, and the new content includes the ability to change the mountains’ time of day and ambiance filters at will
Sound
A narrator chronicles your Olympic journey and an announcer calls out your tricks, but the crunch of the snow and howling of the wind are my favorite elements. I would have loved some cowbell during the Alpine events
Playability
The slopestyle trick events rely on rail slides, which is a gameplay weakpoint for the title
Entertainment
The freestyle events play to the title’s gameplay core, but the other Olympic events aren’t a fundamental part of the experience. The Become a Legend mode is more of a long, drawn-out tutorial than a career mode
Replay
Moderate 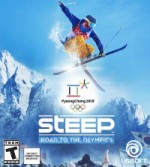 Steep: Road to the Olympics