The biggest problem facing Steel Diver is expectations. As a launch title for Nintendo’s 3DS, I expected it to show off the new hardware’s improved power and 3D visuals, and as a first-party Nintendo-developed game, I expected it to have a surprising gameplay hook that made it more interesting than an old PC submarine sim from the ‘90s. Neither of these hold true.

In the campaign mode, players choose one of three different subs to take out on a handful of missions, each of which must be completed in under 10 minutes. Once you’re in a mission, you’re locked into a 2D side-scrolling view where you must pull levers to increase your sub’s depth or speed, shoot torpedoes at enemy ships, and avoid incoming mines and depth charges.

Surviving the most difficult levels requires mastering the game’s strange sense of momentum, which never quite felt right to me. I can’t understand why Nintendo felt the need to put a time limit on a game where control layout asks for constant minor adjustments and carefully plotting out the course of your underwater vessel. Worse yet, all of the subs can move in reverse, but none of them can actually turn around. There’s something bizarre and ironic about a handheld where 3D is the big selling point featuring a launch title where the game doesn’t even pretend to emulate 3D navigation.

Even if you somehow gain a sense of control, some of the levels are too chaotic to handle. It’s possible to create a good game with slower, more measured control options, but filling it out with a boss battle against a giant squid or a level where bombs rain from the sky? It’s enough to make you want to smash your shiny new handheld.

After missions – or in a separate game mode – you can play a periscope minigame that uses the 3DS’ gyroscope functionality. Physically moving the 3DS to change your in-game view works well enough, but if you want to avoid looking like a crazy person, stick with swiping the stylus across the touchscreen.

The most interesting mode in Steel Diver is a throwaway turn-based strategy game called Steel Commander, which is basically the board game Battleship crossed with the aforementioned periscope minigame. Unfortunately, playing against the AI gets boring fast, and almost every time that I tried the local multiplayer “Download Play” option, the game froze.

Maybe some gamers will be pulled into the aquatic world of Steel Diver despite the limited content, tech demo quality, and seemingly broken multiplayer. For the majority of Nintendo fans, though, it’s destined to become a strange and forgotten footnote in the publisher’s history. 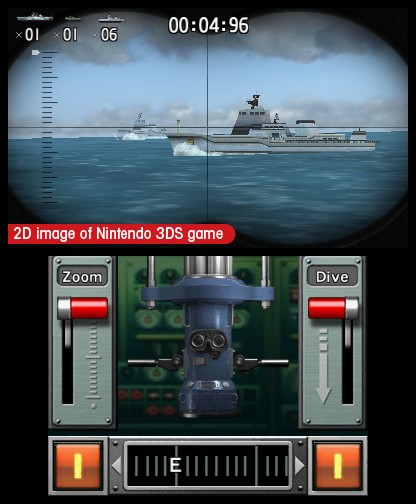 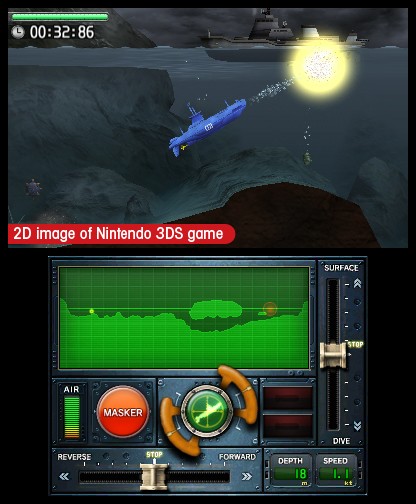 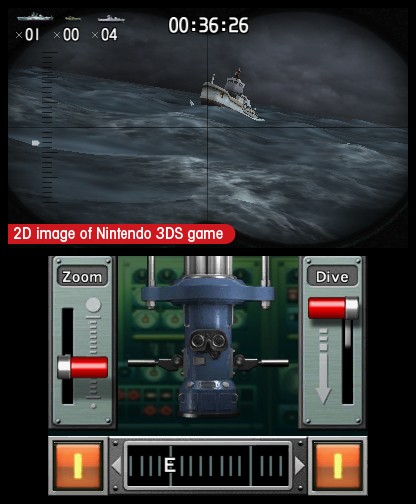 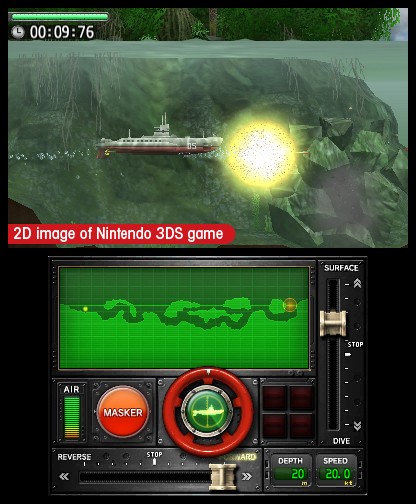 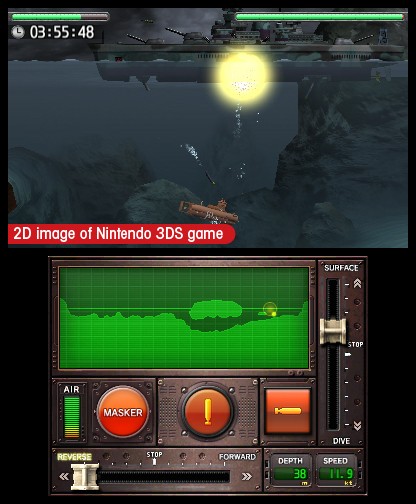 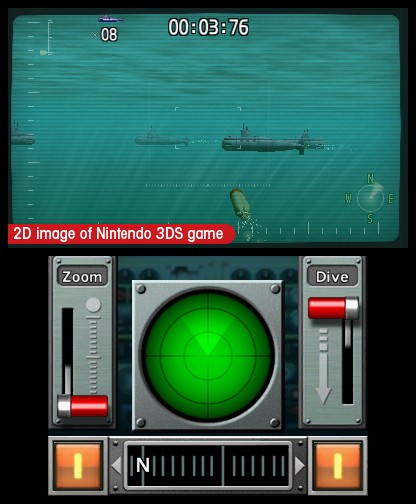 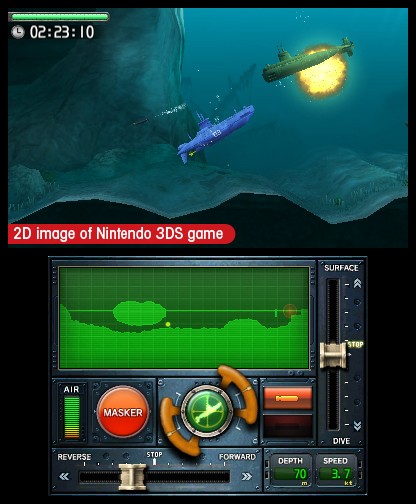 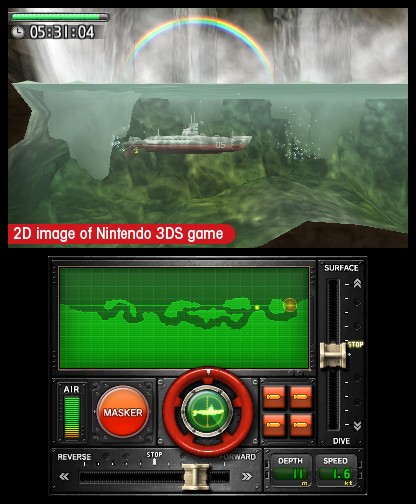 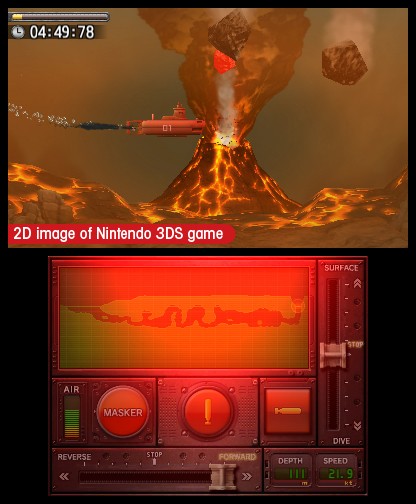 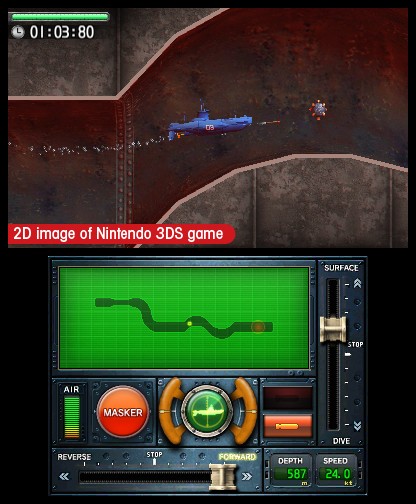 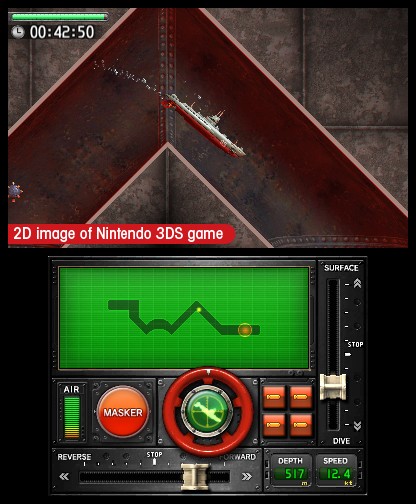 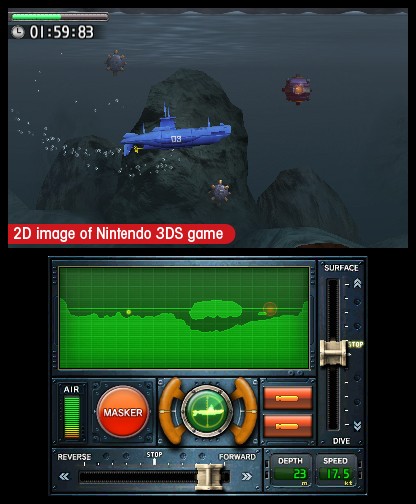