Two years ago, Image & Form released SteamWorld Dig, a platforming mining simulation with light Metroid elements. The game was fun, but many bypassed this downloadable 3DS title altogether. Thankfully, Image & Form has figured out how to expand on its SteamWorld universe with another SteamWorld project that can stand on its own completely. This time around, the team was clearly inspired by turn-based strategy games like XCOM. However, SteamWorld Heist’s unique twist is that all of the action takes place from a 2D side-scrolling view. Surprisingly, this system works fairly well.

The game follows a space-faring smuggler named Piper Faraday and her crew of steam-powered robots as they journey through space, board enemy pirate ships, and make off with armfuls of mechanical loot. Missions play out in a series of turn-based shootouts where you manage your crew’s specialized set of skills to disassemble rival robotic crews. During your characters’ turns, you must fine-tune the trajectory of their projectiles so they hit the enemy on the other side of the room and not the wall behind them.

SteamWorld Heist’s strategy mechanics are easy enough to grasp, and they are initially fun, but I was worried about Image & Form’s ability to expand on this simple system over the long term. Thankfully, your characters level up after combat and slowly unlock a series of new skills that turn them into a fiercer fighting team. Some abilities simply give your heroes more heath or a stronger melee punch, but other skills – such as the ability to move twice before shooting or to create an aura that buffs your teammates – add some much-needed depth to each encounter.

SteamWorld Heist’s procedurally generated levels also add some extra wrinkles to the action. Some missions had me frantically clearing out an enemy ship before a countdown timer hit zero and the engine detonated. In another mission, my crew started hunkered down in the center of a ship while waves of enemies beared down on us from all sides. Another memorable mission had me clearing out an entire space station full of alien robots with only a single character. This mission variety, coupled with the unpredictable level layouts, gave me plenty of reasons to go back to older missions and farm loot and experience.

Most of this loot comes in the form of new weapons, and each character has their own weapon specialization. Sniper pistols have attached laser sights, which make it easy to perform billiards-like trick shots off walls, however some sighted weapons won’t let you move and shoot at the same time. Meanwhile, heavy weapons, like grenade launchers, can turn groups of enemies into junk in a single explosion, but stray grenades can also bounce erratically and cause friendly fire. Guns aren’t the only spoils of war, either, and I enjoyed how the ample array of secondary tools, which increased my squaddies’ sprint distance, allowed for much-needed repairs or improved their critical hit damage.

Unfortunately, all of this loot feeds into the game’s biggest flaw. At the beginning, your ship’s cargo hold is rather small, which limits the amount of gear you can carry between missions. You can buy more space from vendors scattered across the universe, but you always have a finite amount of carrying capacity to work with, so you generally have to sell some gear each time a mission ends. This limited cargo system didn’t seem to serve a purpose other than to diminish my enthusiasm for raiding pirate ships, and often prevented me from experimenting with new weapons or tools because I didn’t have the room for them.

In spite of SteamWorld Heist’s limited inventory system, I recommend making space on your 3DS for this charming title. Its unique 2D strategy isn’t as deep as something like XCOM, but I never grew tired of ricocheting a pistol shot off a wall and into the red eyes of a villainous space thug. I can’t wait to see what SteamWorld project Image & Form surprises us with next. 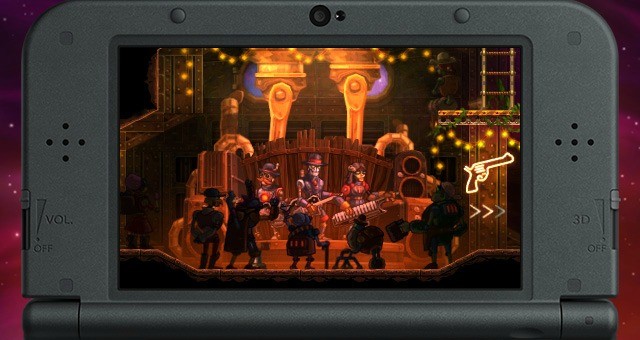 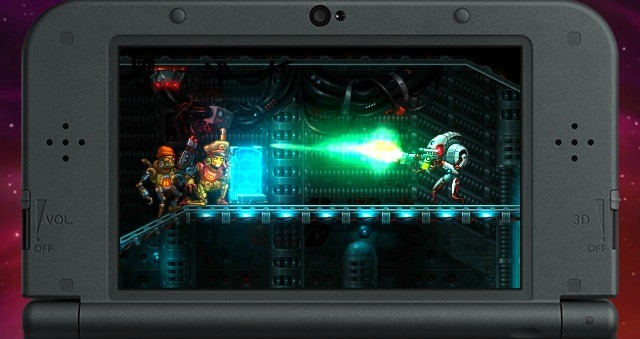 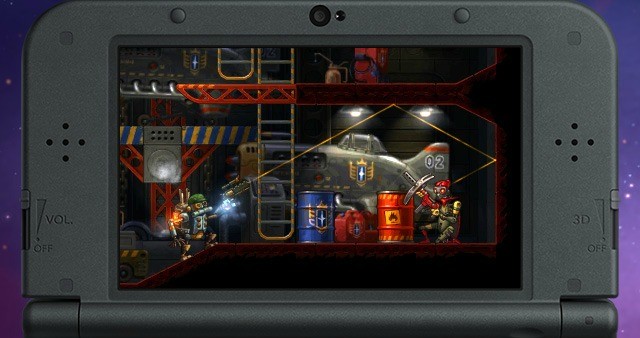 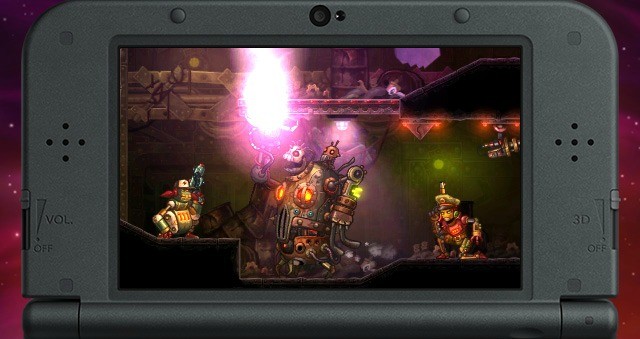 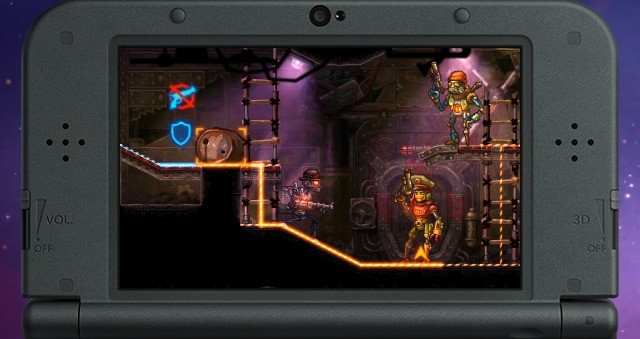 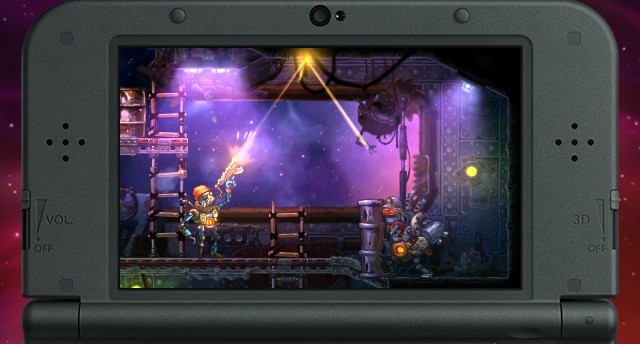 8.5
About Game Informer's review system
Concept
A colorful turn-based strategy game, reminiscent of games like XCOM, that has been pressed into 2D
Graphics
Crisp and clean, these steampunk-inspired robots have an almost comic book feel
Sound
My head bounced more than once to the beat of these old-timey western beats
Playability
Some of the later missions offer up a decent challenge, but the basic mechanics are simple enough for anyone to understand
Entertainment
Fans of strategy titles won’t want to bypass this under-the-radar hit
Replay
Moderately High 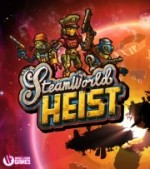