Game developers have all sorts of avenues to explore in the aftermath of a zombie outbreak. Left 4 Dead revolves around the teamwork required to beat the odds, The Last Of Us is about emotional resonance between survivors, Dead Rising aims for the joy in dismembering and humiliating the undead. State of Decay carves out a new niche in the post-apocalyptic landscape by focusing on the desperation and doom inherent in a zombie-infested world. That bleak theme shines through, despite widespread technical and design issues.

I had high hopes for this XBLA title, because the concept behind it sounds absolutely irresistible. State of Decay offers a chance to build your own outpost in an open world, ensuring the survival of your crew while fighting back the advancing undead threat. The story begins by following a man named Marcus, but soon you are part of a community with no leader, where everybody pulls their weight and contributes to the greater good. This is accomplished by scavenging for resources (which never respawn), upgrading your base, and dealing with other enclaves in the area. The open world serves this structure well, with mountains and small towns connected by an expanse of rural countryside – with plenty of houses and warehouses to dig through.

You don’t have a main protagonist, since most characters can die at any time. Death is permanent, so the most mundane supply run can become a tragedy if a passing zombie horde catches you weaponless and low on stamina. This didn’t happen to me often, but the loss of characters is powerful if they are among the small group that you are using consistently, since all playable characters have stats that improve as you fight and explore. The leveling system is extremely basic, but it provides an easy way to get invested in the otherwise lifeless (and randomly generated) cast.

The threat of death is just one of the problems you need to balance. Degrading weapons, broken down vehicles, influence within the community, and the morale of your comrades need constant attention. All of these things are depleting, so your missions to find food or collect ammunition never feel like you’re amassing might; it feels like you’re just keeping your head above water – a high compliment for this genre. I’ve never played a zombie game that so clearly hammered home this hanging-by-a-thread breed of desperation.

What I’ve described so far is what State of Decay does well, and it would be a great game if those things were all it did. Unfortunately, the bright spots are constantly disrupted by a host of issues, making it practically impossible to experience an uninterrupted stretch of enjoyment.

The most obvious problems are visual. The environmental pop-in is so atrocious that I lost count of the number of times my car came to an unexpected stop because it hit a tree or fence that had not appeared yet. The abundant screen tearing is distracting at best, and the terrible collision results in zombies passing through solid objects – like walls and trucks – with alarming regularity. I also ran into several sound glitches, causing all music and dialogue to cut out completely.

As a fan of technically unimpressive cult hits like Deadly Premonition and Earth Defense 2017, I was hoping I could look past these issues – but I can’t do it this time.

They directly interfere with the atmosphere of danger and oppression it is trying to convey, hamstringing the ambition. How am I supposed to care about rescuing a fellow survivor when the zombies I just killed inexplicably phased through a pane of glass? When I’m escorting that same survivor home, how can sneaking around a group of zombies be tense when my AI partner refuses to do stealth? These moments bring down the whole experience, lending a sense of unpolished cheapness to the cool ideas at the game’s core.

My other major gripes deal more with design decisions. The world is full of flesh-eating monsters, and you have a base full of armed and capable companions, but every mission is a solo one. Despite the obvious benefits, you can’t decide to team up? In zombie movies, heading off alone is a surefire way to get eaten.  Computer-controlled partners can join you briefly, but that depends on the mission.

The quests you undertake are completely uninspired. Most of them amount to “kill all the zombies in a building.” Sometimes you’re fighting alongside other people, sometimes you’re protecting them, and sometimes you’re searching for a particular item. Apart from a handful of dull story missions, none of the tasks feel like they have any sort of authorship. They’re just generated and unceremoniously plopped into the world to eat up your time.

Working through the missions wouldn’t be so bad if the combat were more entertaining, but the fear of your character dying is the only source of drama. Despite unlocking some new moves as you level up, fighting zombies boils down to a simple shoot-or-smash affair. A single zombie inspires no fear whatsoever, and if you’re well prepared, even a large group of them can be easily overcome. Not every encounter needs to be a white-knuckle affair, but the monotony of combat and the repetition of missions is enough to wear down any lingering enthusiasm.

Moving between moments of greatness and moments of glaring ineptitude, State of Decay leaves me with mixed feelings. It has a great idea at its core, and I want to give the developers at Undead Labs credit for that. But lots of games begin with great ideas; executing those ideas well and letting the player experience them fully is the challenge. That’s where State of Decay falls apart. 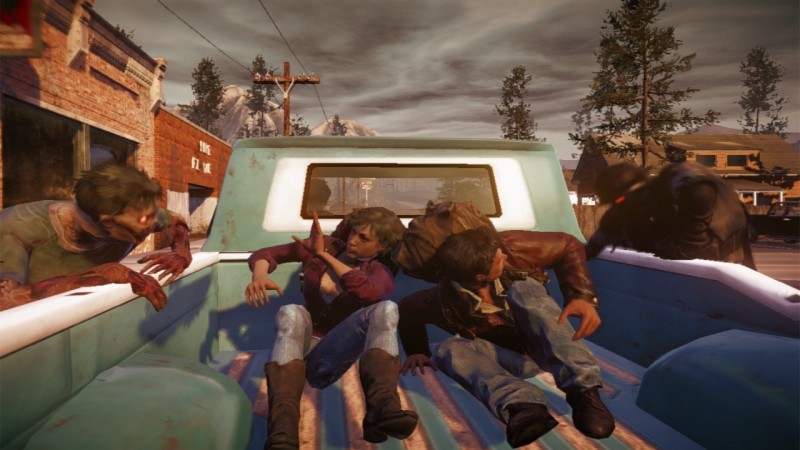 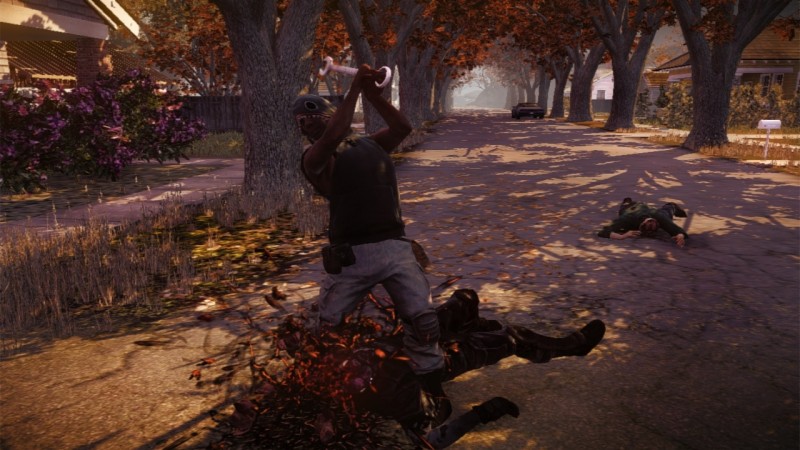 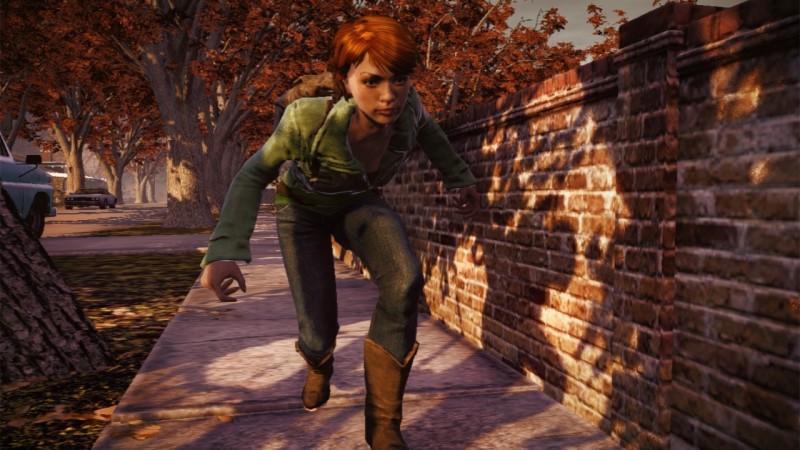 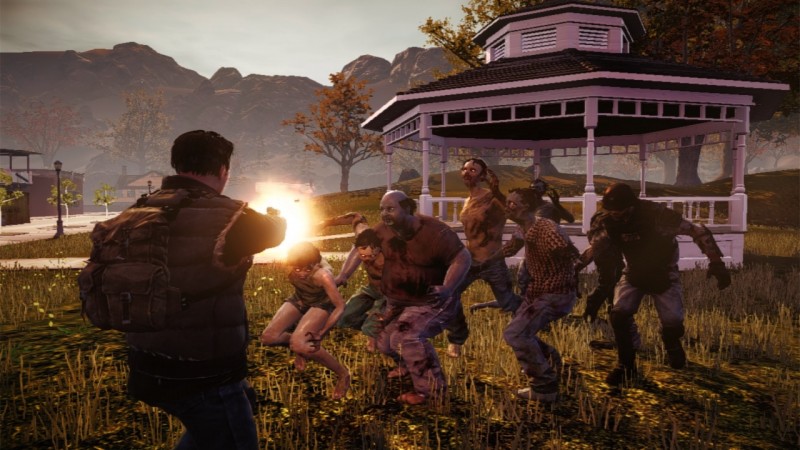 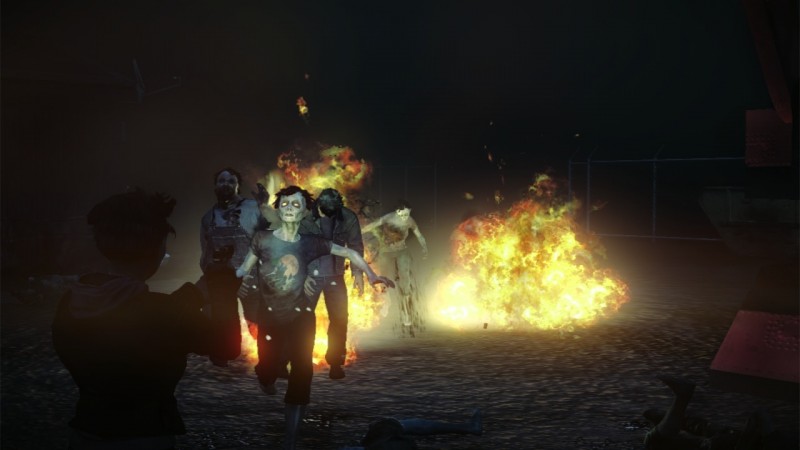 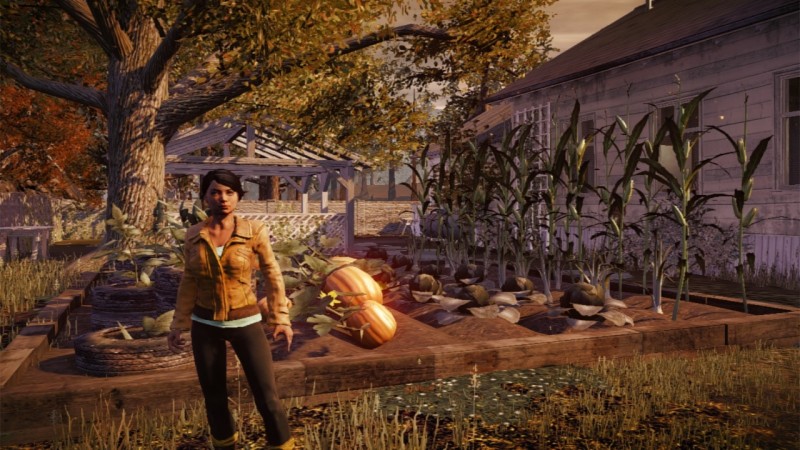 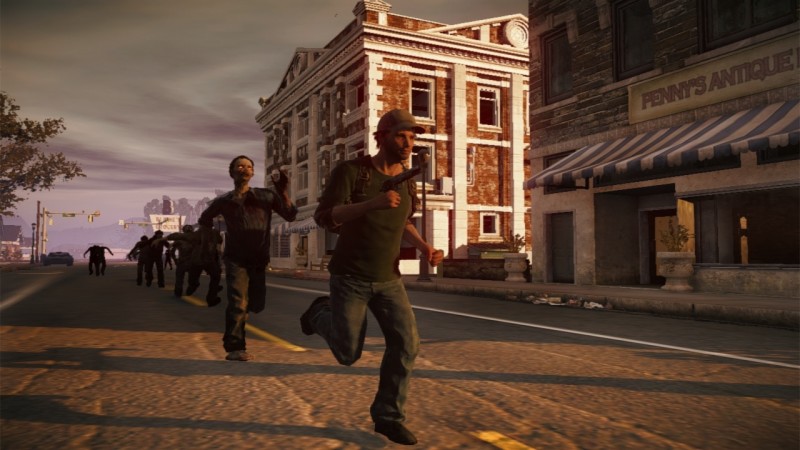 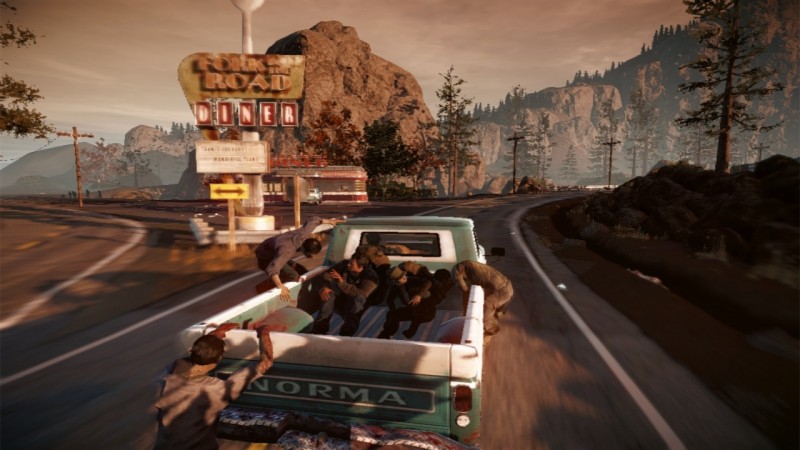 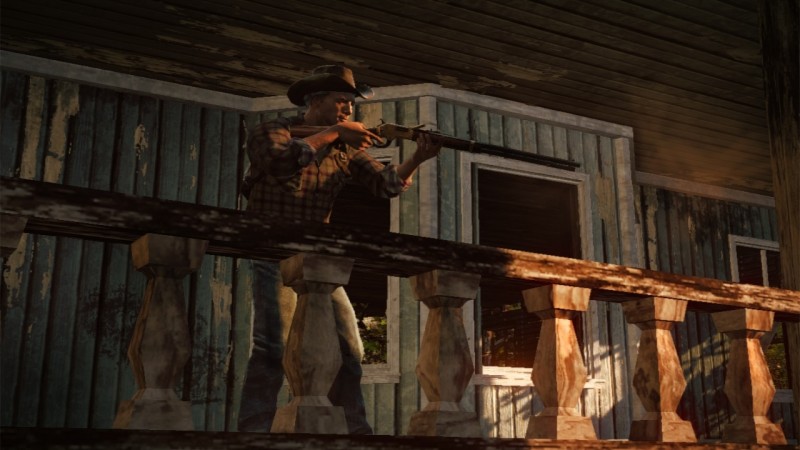 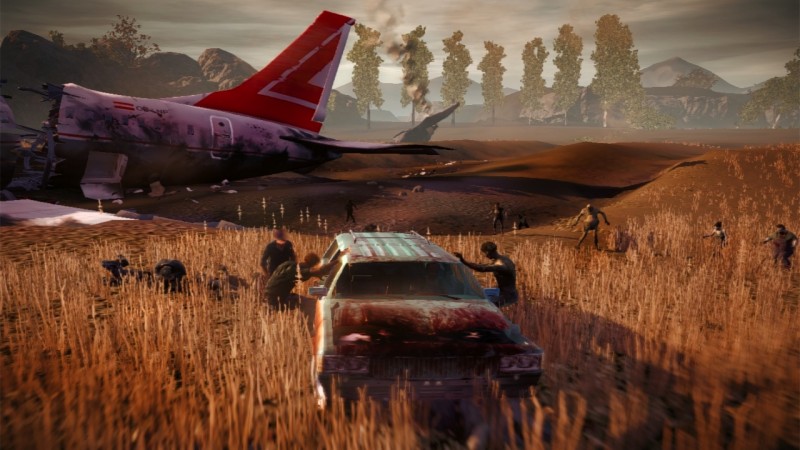 7
About Game Informer's review system
Concept
An open-world zombie game with an emphasis on survival
Graphics
The visuals aren't pretty, but they're functional…except when they're not, thanks to screen tearing and pop-in
Sound
Sparse (but appropriate) music accompanies the action, as does unremarkable voice acting
Playability
Navigation and combat controls are simple and effective. Much of the menu interface, especially when dealing with your home base, is cumbersome
Entertainment
The tone and atmosphere are the main reasons to play, but the technical and design pillars supporting them are not solid
Replay
Moderately High 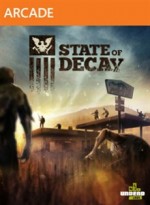