Your New Home Away From Home
by Javy Gwaltney on Mar 24, 2016 at 05:58 AM
Publisher: Chucklefish
Developer: ConcernedApe
Release: February 26, 2016
Rating: Everyone 10+
Reviewed on: PC
Also on: PlayStation 4, Xbox One, Switch, PlayStation Vita, Mac, Linux, iOS, Android In its opening cinematic, Stardew Valley plainly presents the fantasy it wants to sell you. You’re a cubicle drone working for a monolithic corporation who opens a letter from your deceased grandfather to find out you’ve inherited a farm. You move there to find a field of weeds and overgrown trees outside of a little hut as well as a town occupied by colorful personalities. Though Stardew Valley’s farming simulation initially appears to be a Harvest Moon imitator, it’s much more than that: it’s a sprawling and surprisingly deep RPG filled with secrets waiting to be discovered by the most patient and vigilant players.

Stardew Valley and I did not get off to a great start, but that was largely my fault. I arrived at my farm to find it a cluttered mess and then spent my first two hours cleaning it up. You’re not required to do such a thing, but my compulsive personality dictated that I create a wide-open field to plant my crops. Once I ventured beyond my property lines and into the neighboring town to buy some supplies, the action became more enticing.

Stardew Valley can essentially be broken down into three sections: farming, dungeon crawling, and social simulation. However, it is more than the sum of its parts, because all three sections work in harmony with one another to create an experience that’s almost always engaging. Though I spent a great deal of time with all three facets, getting to know the locals kept stealing away most of my attention.

The townsfolk are a varied bunch. Some of them slowly warm to your presence, others are not sure what to make of you, and a few find you outright disgusting. They all keep to their own daily schedules, requiring you to learn their patterns so you know where they are when you need to purchase items or request services. They’re also kind of helpless, so they stick up flyers on the town board asking for assistance with various chores, which become side quests for you to do. These quests usually dole out material rewards like construction supplies or money upon completion and help you grow closer with the quest-giver. While this might sound like a pain, these distractions are amusing, like finding the mayor’s lost pants or fetching a pale ale for a beer-guzzling elderly lady, and are generally worth taking the time to do.

When you’re not mingling with (or trying to romance) the locals or buying supplies, you build up your farm by planting crops or raising animals. I enjoyed the farming mechanics as I settled into a routine: I would water my crops and whack the weeds, occasionally visiting my pet chickens to dote on them or dropping off my harvest to sell it. The farm-centered gameplay creates a relaxing loop, one that gradually rewarded me by letting me build a gentle, free-range empire over time. Admittedly, farming got a little dull at times, but that’s what the mines are for.

The mines are accessible after a few in-game days, and essentially form a giant dungeon for you to explore for valuable resources needed to build proper farm equipment and earn equipment upgrades. Monsters like green slime beasts and giant mosquitos attack you during your travels, giving you a chance to engage in simple-but-satisfying combat. You click the mouse to swing your weapon at your enemies until they’re dead, often exploding in a gratuitous and amusing manner. The mechanics are shallow, but the true danger in the mines comes from stamina depletion instead of enemies, so management of recovery items ends up being more important than combat itself. You have to keep an eye on both your energy meter and health bar, as hitting zero in either results in you waking up on the top floor with some items and a fair chunk of change missing. The dungeon, from combat to exploration, is pretty one-note, but it also creates and scratches an itch, providing a nice change of pace to the other two sections of the game.

Stardew Valley also has low points. A lack of a fast travel option is particularly frustrating, as I often found myself walking the same path every day, with travel between town and farm taking a few minutes. The lackluster map system doesn’t help matters because it’s so hard to read; you have to take time to learn the entire valley’s layout by heart. An extremely frustrating fishing mini-game also sticks out as one of the weaker and inescapable parts of my experience.

While not necessarily a failing or flaw, the biggest hurdle that Stardew Valley unapologetically constructs is the sheer amount of patience (or time for wiki-diving research) required to progress. Learning recipes takes time, as does figuring out how to acquire materials for whatever you’re trying to build. I didn’t mind this so much because it felt true to the experience of learning to live off the land, but it certainly doesn’t enhance the game or make it more approachable.

As my time with Stardew Valley came to a close, I felt a tinge of sadness. After nearly 25 hours with the game, I was worn out but also deeply appreciative of my time in the valley. Turning off the game was almost like leaving a second, smaller home, one filled with fond memories and good people. Though some quirks might unnecessarily keep players at arm’s length, those willing to grapple with the more arcane aspects of Stardew Valley are in for a world of delight. 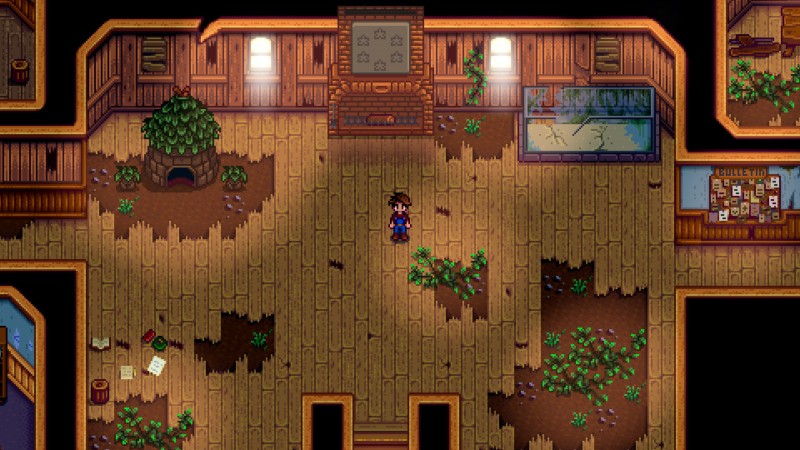 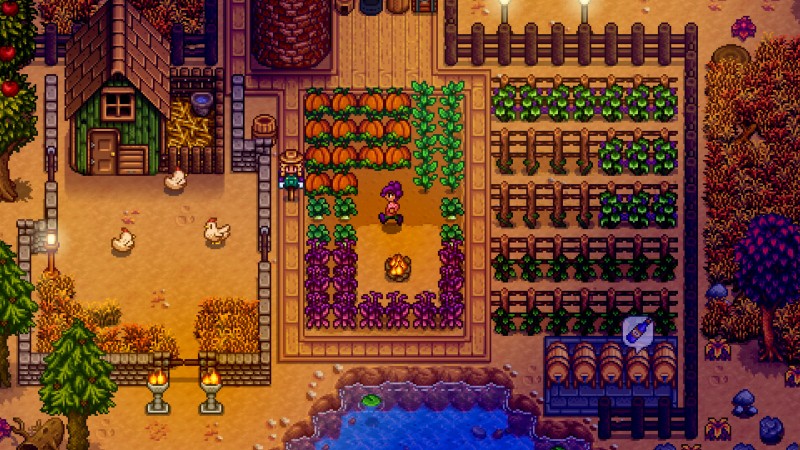 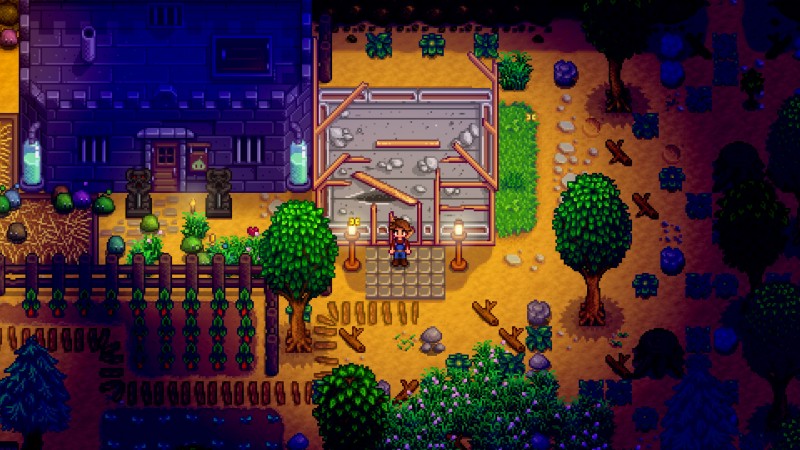 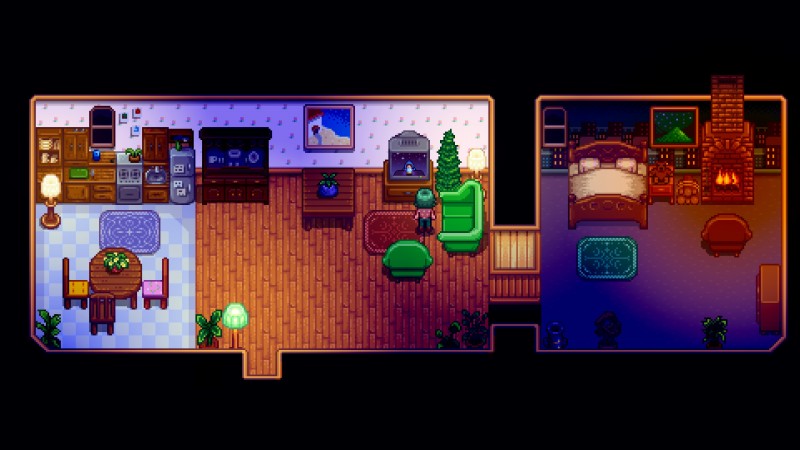 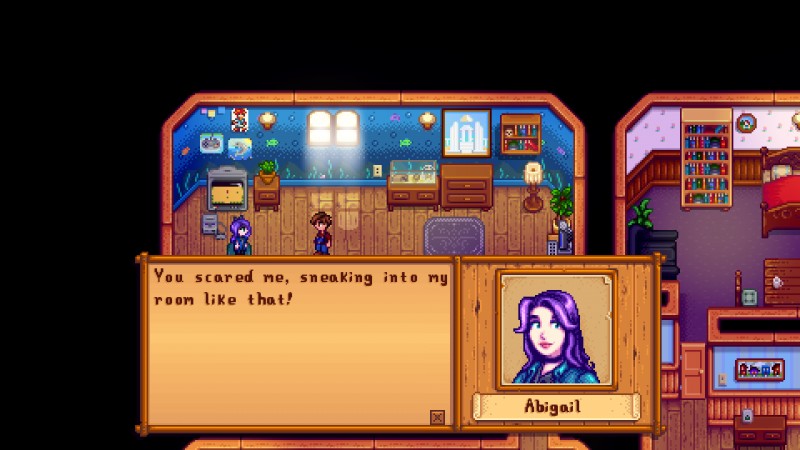 Stardew Valley is a wonderful and lovely place to lose yourself in.

Purchase More Info
8.75
i
Game Informer's Review System
Concept Get away from it all by leaving your desk job and moving to a new town where you build up your farm and befriend the locals
Graphics Beautiful pixelated graphics create a feast for the eyes
Sound Enjoyable, light music helps sell the charm
Playability The controls are easy to get the hang of, but progressing requires an immense amount of patience
Entertainment Stardew Valley is a fantastic game that’s much more than its farming simulator sales pitch suggests
Replay Moderate