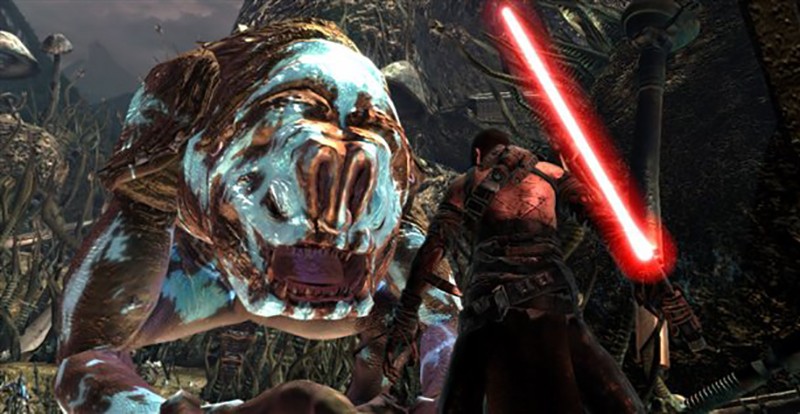 In Episode III: Revenge of the Sith, we watched Anakin Skywalker fall to the dark side and take his place at the side of Emperor Palpatine as Darth Vader. The prequel trilogy told the origin story of Darth Vader, but it didn't tell us why the galaxy shudders at the mere mention of his name. Star Wars fans have been left wondering, ''Is he the 'chosen one' from the Jedi prophecy, or is his legacy that of the Emperor's puppet?''

In The Force Unleashed, we finally see Lord Vader in his prime. This game bridges the gap between movie trilogies, and with the blessing and guidance of George Lucas, is an official chapter of the hallowed Star Wars saga. We not only see why Vader is a symbol of the Empire's might, we experience his wrath firsthand. Vader is playable only for the first level, and although our time under the mask is brief, it is a study in Force-powered brutality. Vader is an unstoppable killing machine and his control over the dark side pushes the Force far beyond anything we've seen before. LucasArts did a great job sculpting his move set (he doesn't run, he confidently marches forward), and turning him into badass we always wanted to see.

At the conclusion of this level, control is passed from Vader to his secret apprentice, codenamed Starkiller, a character that falls in line with George Lucas' lineage of doe-eyed, moderately irritating male protagonists. With Vader as his instructor, Starkiller is a force to be reckoned with on the battlefield. He's agile, amazingly aggressive, and firmly in control of the dark side. Through a beautifully sculpted control scheme that allows the Force to flow smoothly through your fingers, Starkiller is one of the saga's most talented combatants. As the game progresses, his Force powers evolve and give way to an even more impressive move set. Lightsaber and lightning become one, rancors are a minor inconvenience, and star destroyers can be taken down with the wave of a hand.

The gameplay is electric and fun, and the plethora of awesome new enemy types will make Star Wars action figure collectors salivate. You know what a royal guard can do, but what about an Imperial incinerator trooper? Fans will also be pleased to hear that this dark tale takes us to new planets and areas of familiar facilities I never thought I would see. All of the levels are loaded with highly destructible structures and sights you'll take a second to marvel at.

It's an amazing game, but there are disturbances in this Force-powered experience. Targeting difficulties make some battles troublesome, and blocking inconsistencies lead to some absurd deaths. The game offers a generous helping of checkpoints, so a death won't set you back too far. Still, it's hard to believe that enemies (especially some of the later bosses) can block anything you throw at them, even when you clearly have the jump on them. Some fights, especially on the higher difficulty levels, come down to dumb luck.

The story will also leave Star Wars fans puzzled. I won't spoil the plot's twists and turns, but there are some serious leaps in logic that don't add up. Why am I on this planet? Vader did this why?

The Force Unleashed clings to the classic video game design of book-ending gameplay segments with short cutscenes, which doesn't allow the story to grow in the ways it needs to. I'm not saying the game should feature Metal Gear-length clips, but more content is needed to tell a cohesive tale. Starkiller ends up being an underdeveloped character; you know his mission, and you periodically see his emotions flare, but you never really get an idea of who he is.

The Force Unleashed isn't the ultimate Star Wars game - KOTOR is still king in my book. But, as advertised, it amplifies this mystical power in new ways to delivers exciting gameplay and unforgettable Star Wars moments. It'll leave you wanting more, but take my word for it, it's worth playing just to see Vader Force-throw wookiees.

8.75
About Game Informer's review system
Concept
Tap into the Force with this official entry into the Star Wars canon
Graphics
Beautifully detailed and so true to the Star Wars legacy that the AT-STs appear to be animated in stop motion
Sound
Great voice acting accompanies the classic John Williams score
Playability
The Force flows strong, but other aspects of combat run into problems. And why does it need to load between menus?
Entertainment
Roughly 10 hours of explosive Force-powered warfare
Replay
Moderately High 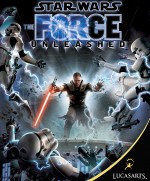