Zen Studios has released its first DLC pack based on the Star Wars universe, containing three tables that run the gamut of visual themes and play styles. If these new tables are an indication of the quality we can expect from the rest of the series, then pinball fans have a happy year ahead.

Pinball FX's DLC packs usually end up containing at least one table I don't like, largely due to personal tastes in table design. With Star Wars Pinball, I find myself liking all three tables for completely different reasons. The Empire Strikes Back retells the events of the movie in an entertaining way and contains the most side missions, hurry-up modes, and multiballs - at any given time you're working towards a handful of different goals, making it one of the most replayable tables Zen has released yet. Boba Fett, on the other hand, is mainly focused on a gameplay loop of activating, completing, and turning in bounties. While I found the table's other side missions less compelling, the massive payouts for turning in intergalactic criminals had me constantly looking forward to the next bounty. Clone Wars is (perhaps unsurprisingly, given its source material) the most accessible of the three tables, and features constant action thanks to its numerous ramps, none of which are particularly hard to shoot. I've never been particularly interested in the animated series, but it contains a few of my favorite modes from the pack, including a clone training mode that features two distinct mini-playfields, making it another welcome addition to my rotation. All three tables are also loaded with Star Wars details, from the voice clips and dot matrix reenactments of movie scenes in The Empire Strikes Back to the CG-inspired characters of Clone Wars voiced by the actors of the show. I can't help but feel a twinge of nostalgia every time Yoda offers some cryptic advice, or when a favorite bit of Star Wars music pops up to introduce a new mode.

You don't need to be a Star Wars fan to recognize the creativity Zen has brought to the new tables. The company continues to include more fantasy elements in its designs (though nothing as crazy as the table-flipping antics of Infinity Gauntlet), which may turn off old-school pinball fans, but I enjoy launching pinballs at Darth Vader and locking balls into a floating Slave I, even if such antics would be impossible on a real table.

While Zen Studios continues to hone its table design, Star Wars Pinball is presented to players within the aging structure of Pinball FX 2, providing no new improvements or surprises in terms of table guides, social features, or tournaments. It also lacks the Balance of the Force and custom ranking features of the standalone Star Wars Pinball. Having the tables accessible within my main table library is worth it, but I wish it wasn't an either/or proposition, and I yearn to see what new features a full-fledged Pinball FX sequel might have. In the meantime, Star Wars Pinball provides players three more entertaining tables well worth a spot in their ever-growing collections. 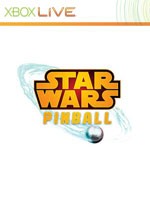 If these tables are any indication of the quality for the rest of the series, then pinball fans have a happy year ahead.

Purchase More Info
8.5
i
Game Informer's Review System
Concept Draw on the extensive lore of Star Wars to complement some unique and entertaining table designs
Graphics Characters, actor likenesses, and props look just like you remember them
Sound Every pinball table should have Yoda cheering you on. The music, sound effects, and dialogue clips all sell the experience
Playability The controls and ball physics remain unchanged, which isn't a bad thing
Entertainment Zen Studios has kicked off Star Wars Pinball with an exemplary three-pack
Replay High