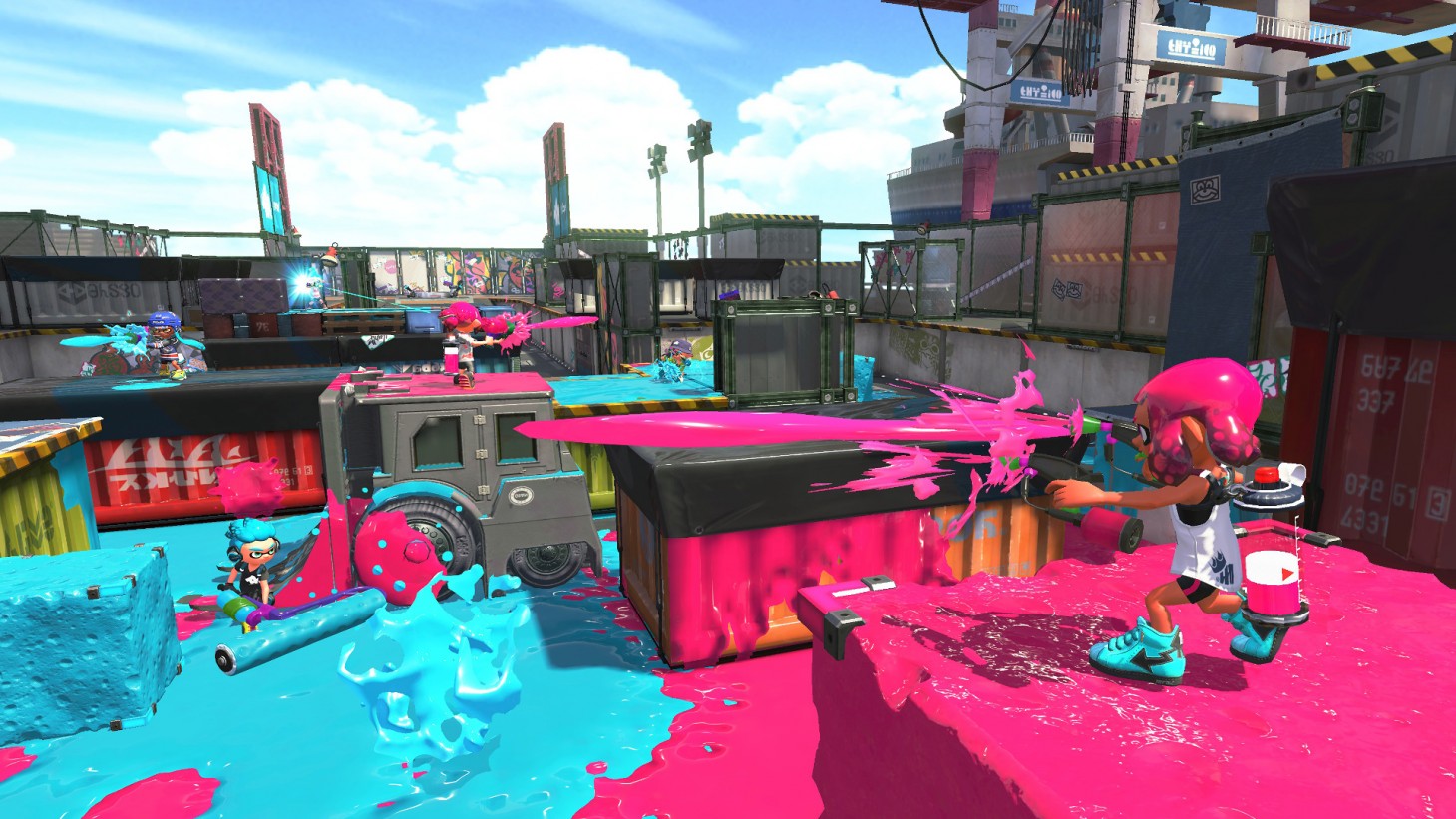 By combining engrossing gameplay with unique objectives and a fun aesthetic, Nintendo successfully cultivated the original Splatoon into a hit. With Splatoon 2, much of what made the first game good is wisely kept, while new ideas and modes make for a much stronger experience out of the gate.

The action-packed, third-person shooter gameplay returns. As an Inkling, you coat stages and enemies with your color ink, and your opponents do the same. You transform into squids to swim through ink, making matches a fun mix of mobility and on-foot gunplay. Gliding around as a squid is fluid and intuitive, and blasting opponents is satisfying; the popping sound followed by an explosion of your color of ink never gets old.

Splatoon 2 features a single-player campaign and a new wave-based survival mode, but the competitive multiplayer remains the main draw. The multiplayer suite remains largely unchanged, and the original Turf War mode is still my favorite. The chaotic struggle to cover the map with your ink while the opposing team does the same never ceases to entertain. I love the constant back and forth, and the short rounds make it an exciting quick-hit experience.

Splatoon 2's gameplay is fun and it has sufficient content, but it puts up some baffling barriers to accessing it. I'm annoyed I still can't swap my character's loadout without leaving the matchmaking lobby. In addition, joining your friends in matchmaking is still a hassle. Though some modes have traditional friend lobbies, Turf War requires you to find a friend who doesn't have a full lobby and join their match. Even then, you aren't guaranteed to be placed on the same team. I also wish the method of making the maps playable on a rotating basis was abandoned. I was always disappointed when I could only hop on for a small window and had no shot of playing my favorite maps. For a multiplayer-focused experience, these decisions are difficult to defend.

The biggest addition is Salmon Run, an intense wave-based survival mode where you join three others to collect eggs. You encounter several outlandish bosses, from a floating monster that launches airstrikes to a massive metal eel that drips ink as he serpentines after players. These monsters are the highlight of Salmon Run; with minions swarming you and bosses emerging at unexpected times, the frantic fight for survival collides with the need to scavenge eggs to deliver a heart-pounding experience.

Unfortunately, Salmon Run isn't always available to play through matchmaking. Much like the competitive maps, online Salmon Run rotates in and out of availability, meaning you need to rely on private matches if you want to jump into the new mode on demand. That's a shame, because while I love Salmon Run, limiting such a substantial addition in this way is a baffling and frustrating decision.

At launch, Nintendo is adding voice chat through a smartphone app. Voice chat was conspicuously absent from the original game, and though I was unable to test it in Splatoon 2’s pre-release environment, it’s not a necessity for enjoying the multiplayer.

Just like with the first Splatoon, the sequel is set to add free content including new maps, modes, weapons, gear, and events. While we’ll have to wait and see how these updates improve Splatoon 2, the first entry saw vast improvements through similar post-release drops.

Despite being primarily a multiplayer shooter, Splatoon 2 carries on the series' legacy by including an awesome single-player campaign. While this mode features the same mix of shooting, platforming, and minor puzzle solving as the first, it presents them in myriad new and creative ways that make them feel refreshed.

My favorite part of solo play is the stable of memorable boss battles. The David-versus-Goliath feel of each boss is a rush, and evading the enemy's onslaught of attacks, finding a way to traverse to the tentacle weak-point, and blasting your ink all over it harkens back to the unique boss battles from yesteryear.

The campaign consistently delivers stellar level design to create an indelible experience that tops the first game. One fast-paced segment features an extended rail-grinding sequence that combines spraying enemies, collecting items, and hopping between rails to avoid obstacles that sticks out as my favorite segment of either Splatoon adventure.

Most of the main weapons from the first game return, but the Splat Dualies (twin rapid-fire pistols) grant a dodge-roll ability and are a favorite addition to the arsenal. Various returning weapons are made more versatile through refinements, like the Splat Roller getting a mid-range attack, and the Splat Charger letting you hold your sniper charge as you swim. In addition, every ultimate is new, giving returning players new ways to approach crucial multiplayer moments, while purging any cheap super moves from the original.

Through focusing the best elements of the original game and adding meaningful new content, Splatoon 2 is a good follow-up to Nintendo's popular shooter. With a great competitive multiplayer suite, a fun take on the wave-based survival formula, and an imaginative single-player mode, Splatoon 2 is an excellent evolution.

Note: The online portion of the game was evaluated using pre-release servers 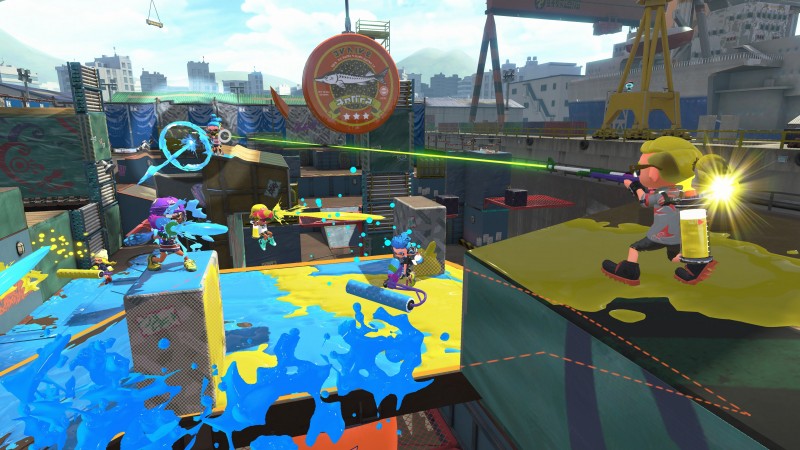 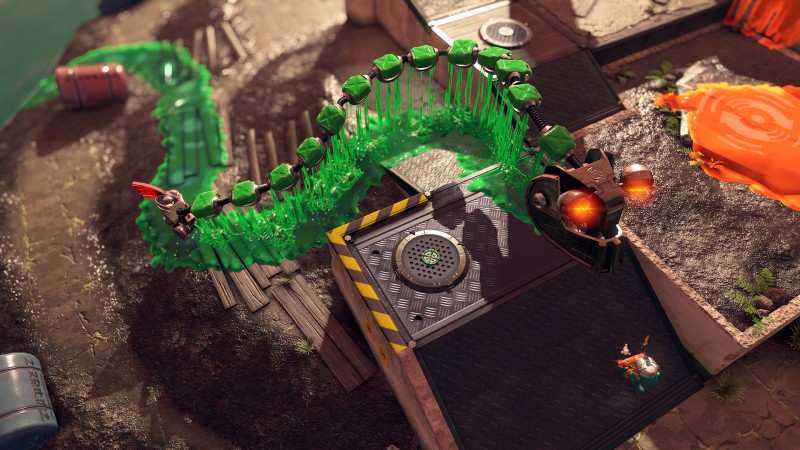 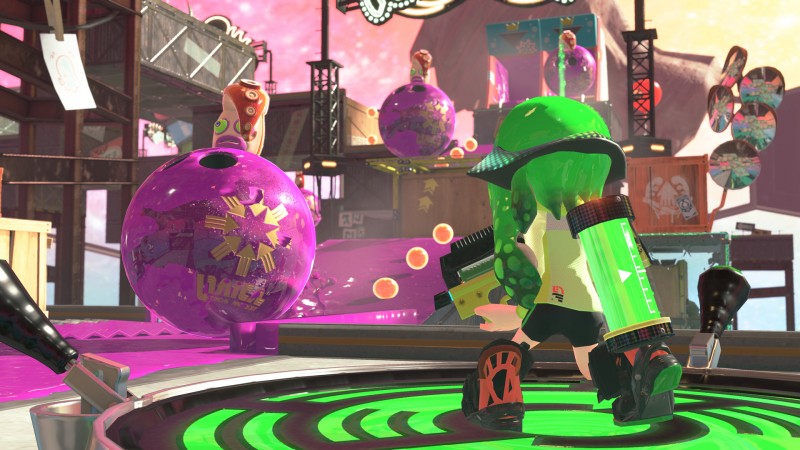 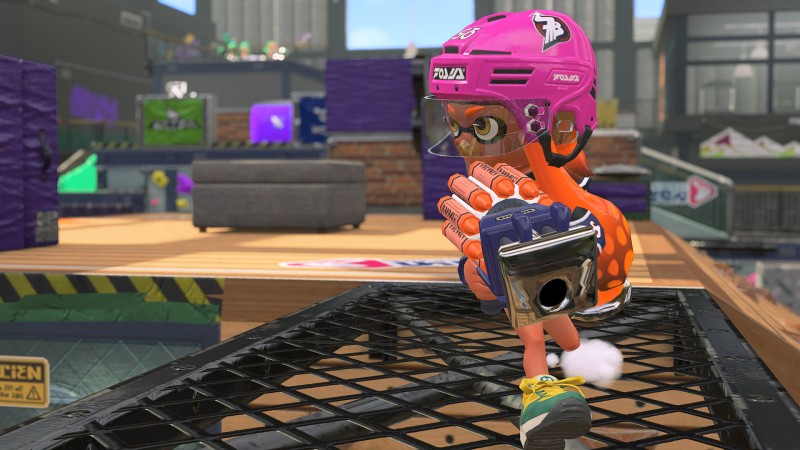 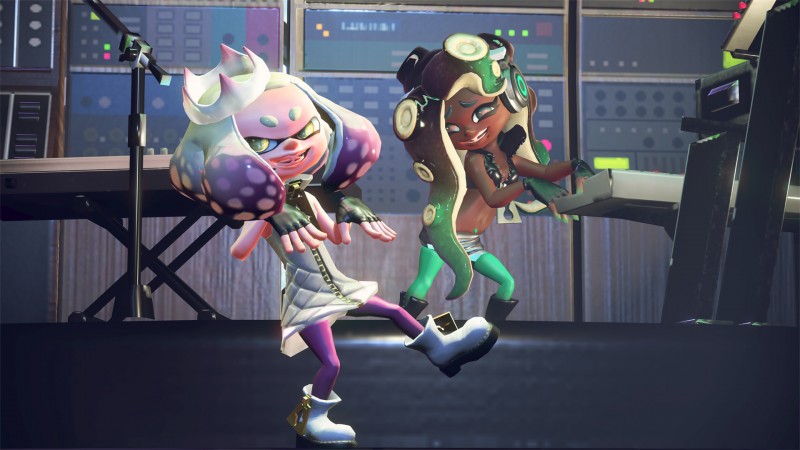 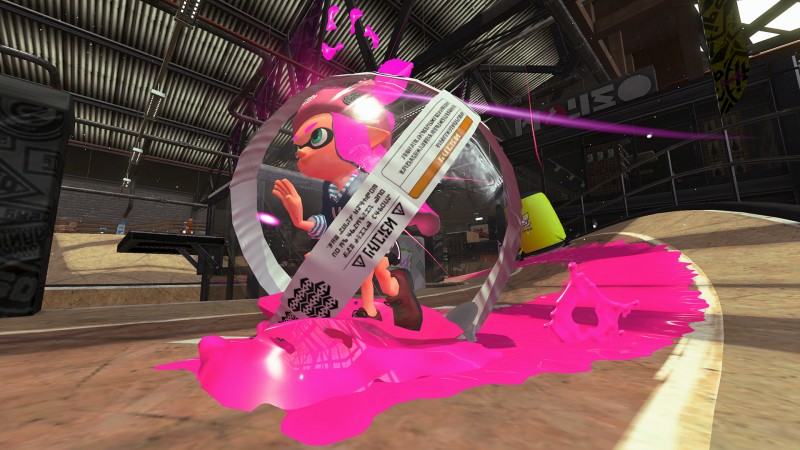 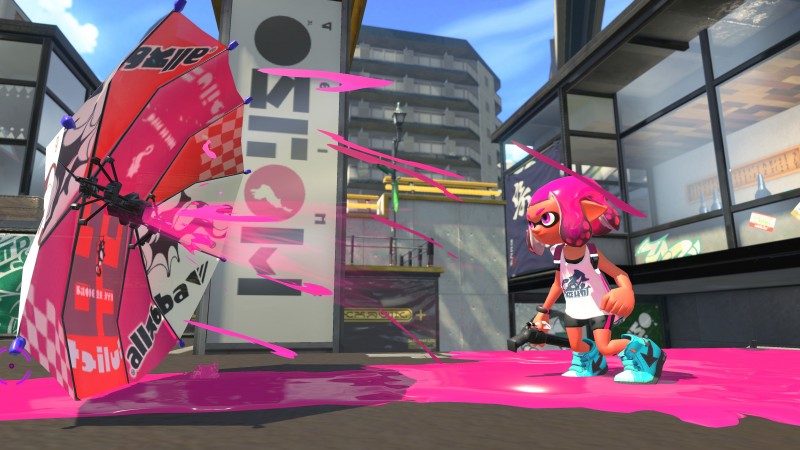 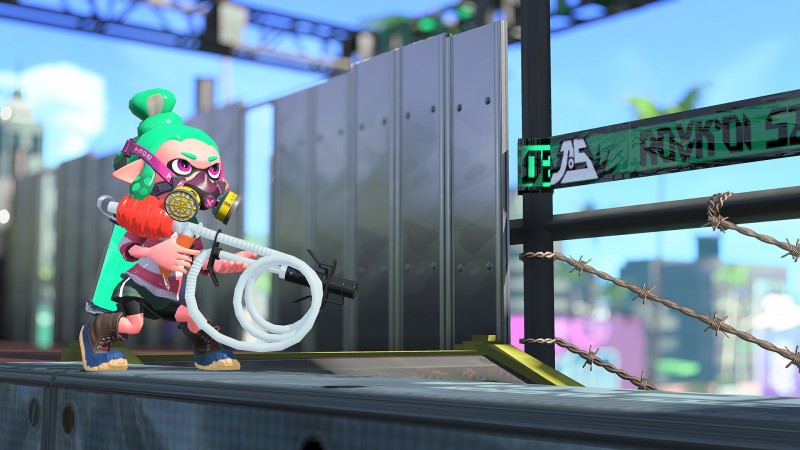 Off
8.25
About Game Informer's review system
Concept
Refine the beloved elements of the first Splatoon while adding new gear, maps, and an intense wave-based survival mode
Graphics
The gloriously colorful mess looks even prettier on Switch, and better animations make the action look fantastic
Sound
Though the soundtrack doesn't quite reach the bar set by the music of the first game, the upbeat tracks match the action perfectly
Playability
The controls feel great, whether you're splatting enemies along platforms or speedily swimming through ink
Entertainment
Splatoon 2 offers a strong stable of content demonstrating familiar fun that newcomers and old fans should check out
Replay
High