Since it began airing in 1997, South Park has challenged what a television show should be. It killed a recurring character every episode during its early years, and had a series retrospective clip show episode in the middle of its second season. Series creators Trey Parker and Matt Stone looked at the animated television medium and said, “We’re going to do something different.” For 2015’s The Stick of Truth, they took a similar approach, poking fun at video game tropes all while showing a clear appreciation for the medium. Parker and Stone continue with this idea in The Fractured but Whole, a sequel that parodies video games while telling a new story and making smart modifications to improve the overall experience.

The biggest change between Stick of Truth and Fractured but Whole (other than its development studio) is the combat. The Stick of Truth followed in Paper Mario’s footsteps, while the sequel has concocted its own system that finds a middle ground between turn-based combat and grid-based tactics. Attacks are still selected from a menu and can be augmented with a timed button press, but you move your team around on a small grid, and every action conforms to a specific pattern. For example, using attacks to push enemies to either side of a party member who can attack in two directions at once is always satisfying. The use of the grid makes individual encounters more thoughtful, and having full control of the kids as you set up each attack gives you a greater sense of agency over the fight. You’re not just standing still selecting from a menu – you’re moving around and lining things up. The end result is a more engaging combat system than Stick of Truth’s.

With the direct involvement of its creators, Fractured but Whole’s story is unsurprisingly a full-on South Park story in all the right ways. Nearly all of its plot devices revolve around farts, making it juvenile and disgusting. But moments of thought-provoking commentary surround South Park’s racist police force and the mayoral election. It even pulls off heartfelt moments in the midst of its cavalcade of offensive jokes, with a few quiet moments reflecting on the difficulty of being a new kid in a new town with troubled parents. Though playing the previous game is not a requirement, the story picks up nearly where Stick of Truth left off, with Cartman arbitrarily deciding it’s time to play super heroes instead of fantasy. From there, the town destroys itself around the children as they maintain their pretend world and rules.

South Park the show, for better and worse, sometimes goes too far off the rails and collapses under its own absurdity. This story, however, wraps up in a satisfying way while still breaking off into the right amount of absurd. The humor plays with video game tropes in smart ways, like how the Okama Game Sphere console in your room is stuck updating throughout the course of the game. The writers also take plenty of time to make fun of celebrity culture and the current political atmosphere. I didn’t fall into any gigantic fits of laughter at big punchlines, but I was usually chuckling or smiling at something happening on screen.

Social media is also among Fractured but Whole’s parody targets, and it is implemented well into the story and gameplay with selfies and followers being a major form of leveling. Tracking down all the familiar characters of South Park and solving small puzzles or performing tasks to convince them to take a selfie with you became one of my favorite side quests, and it all pays off in the finale.

Crafting is another new addition, and while I enjoyed finding ingredients to concoct story-specific items, the economy of found objects is strangely balanced. I had way too much of nearly everything, but was always short a tortilla or bottle to make health-restoring items. The necessity of having to buy those two items made it feel like I was just going to an in-game store to buy the items pre-made. In that sense, crafting feels like an extra barrier to receiving items instead of a fun place to experiment with the overflowing inventory.

The Fractured but Whole is a welcome sequel, maintaining the standard of quality set by the previous game and, in a broader sense, all of Parker and Stone’s work. Every aspect is overloaded with both smart and immature jokes, the combat is an improvement, the game is bigger and longer, and the sneaky moments of sincerity make you recall the charm of childhood in surprising ways – just like the show. 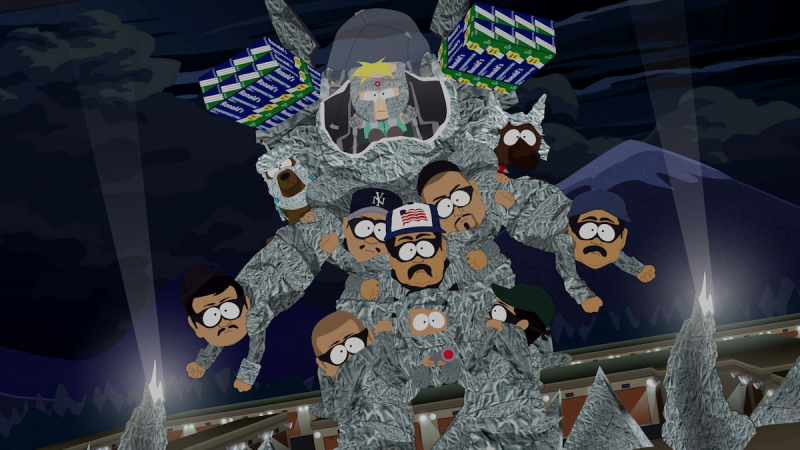 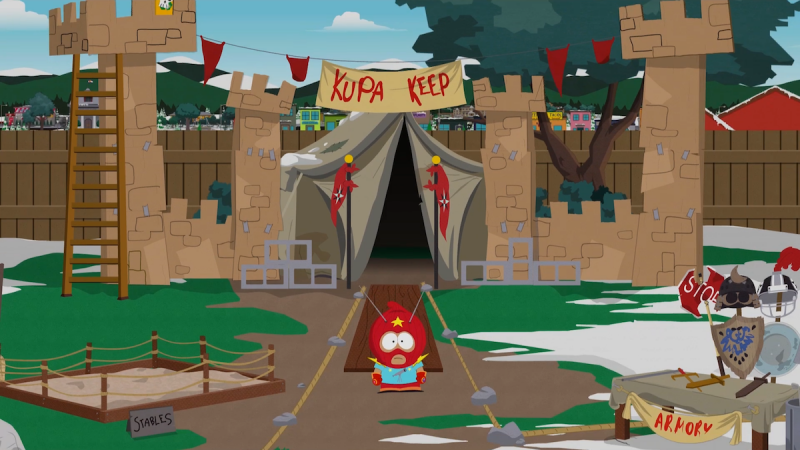 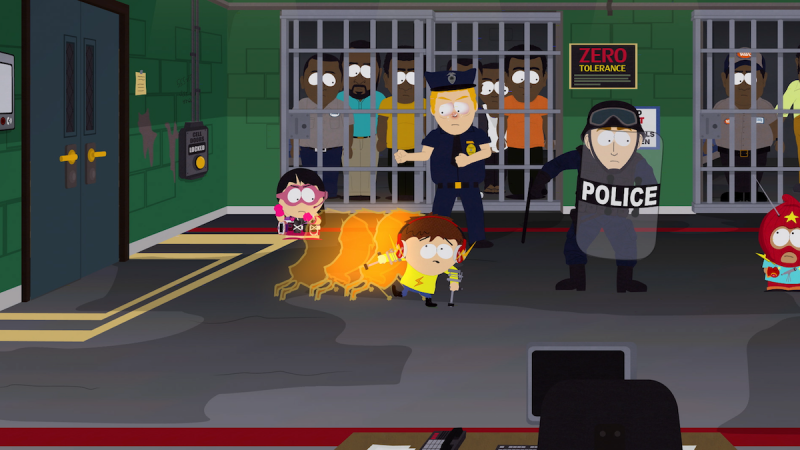 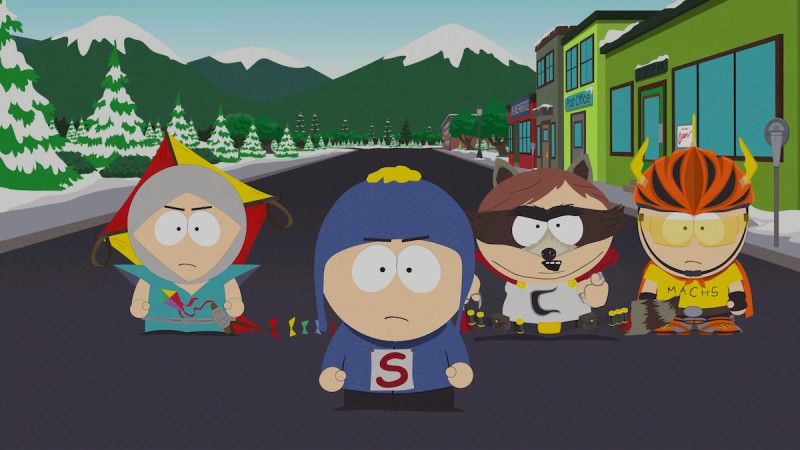 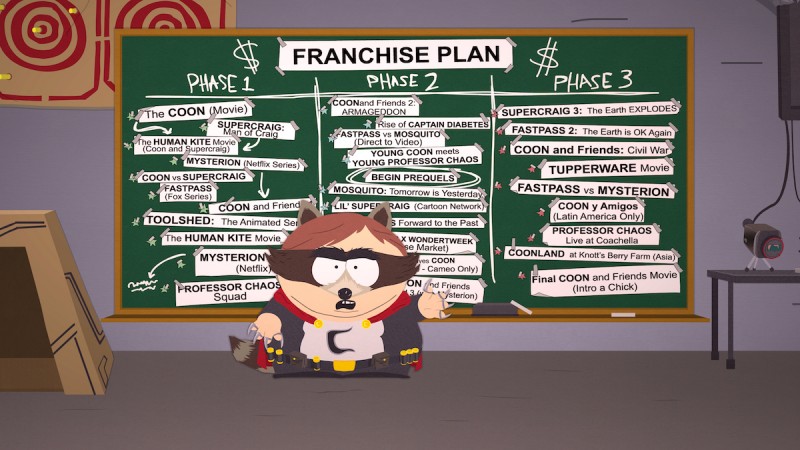 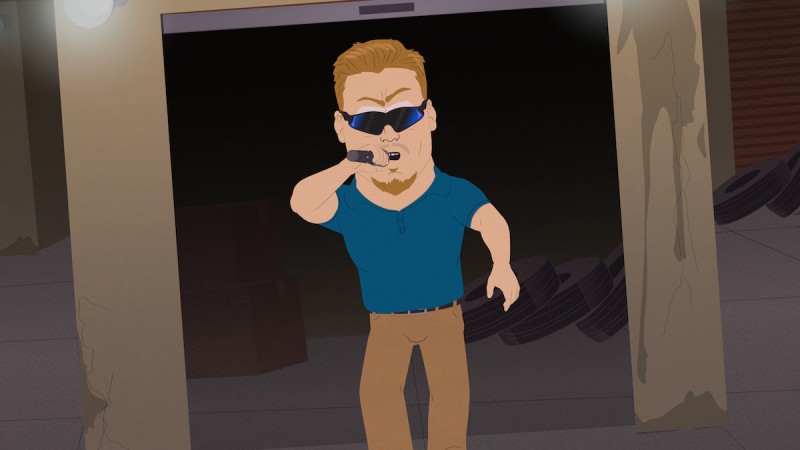 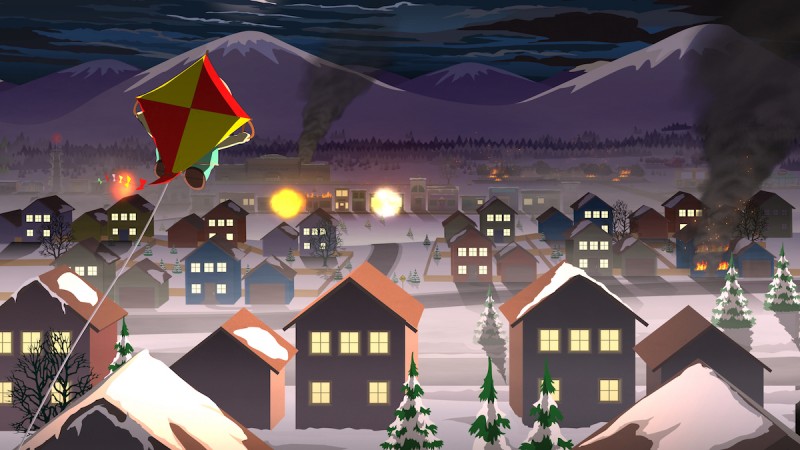 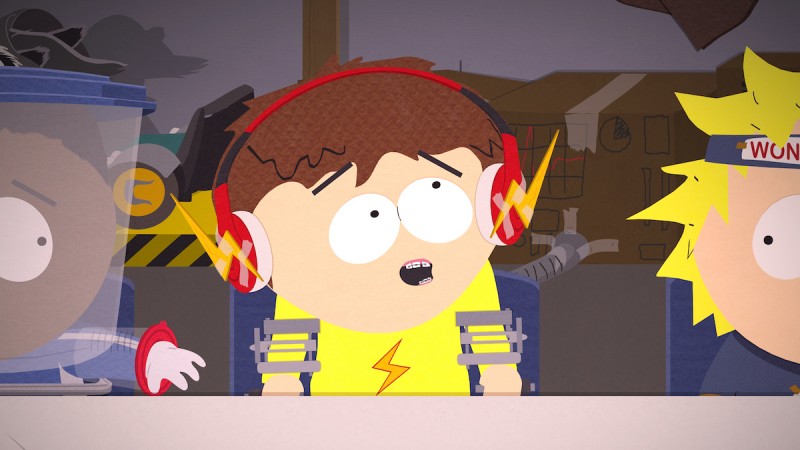 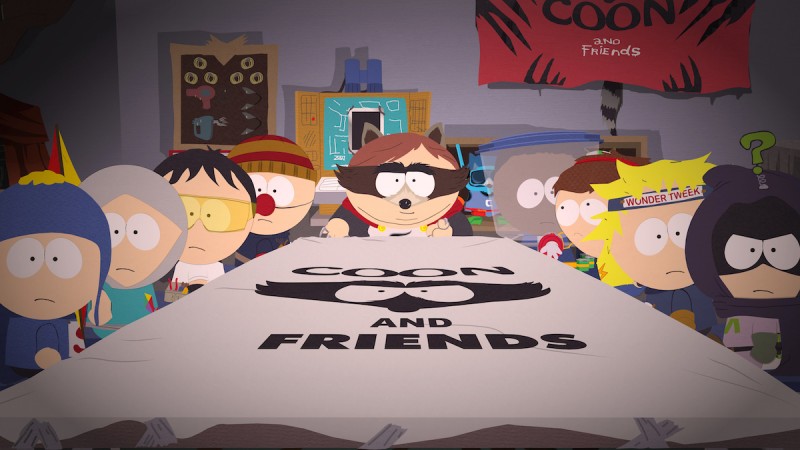 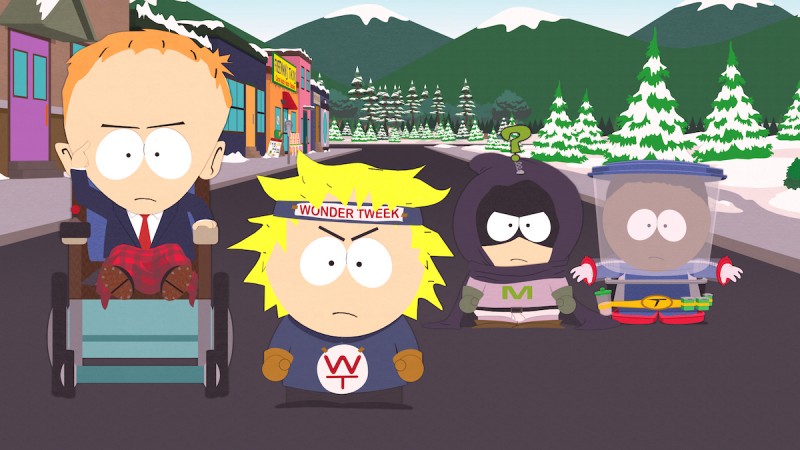 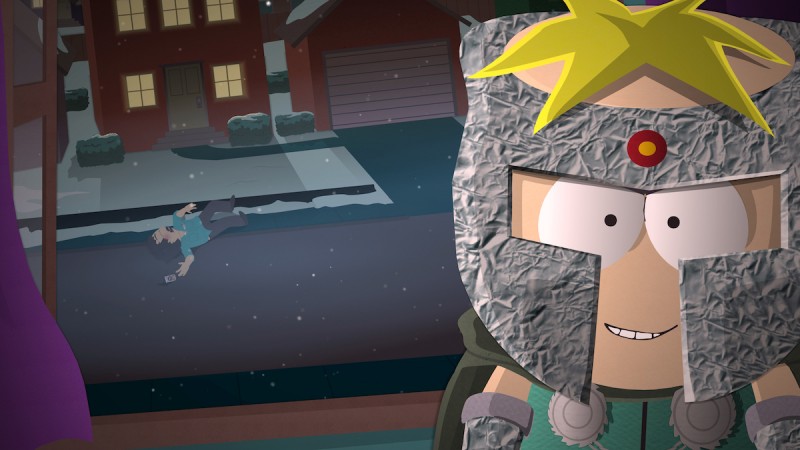 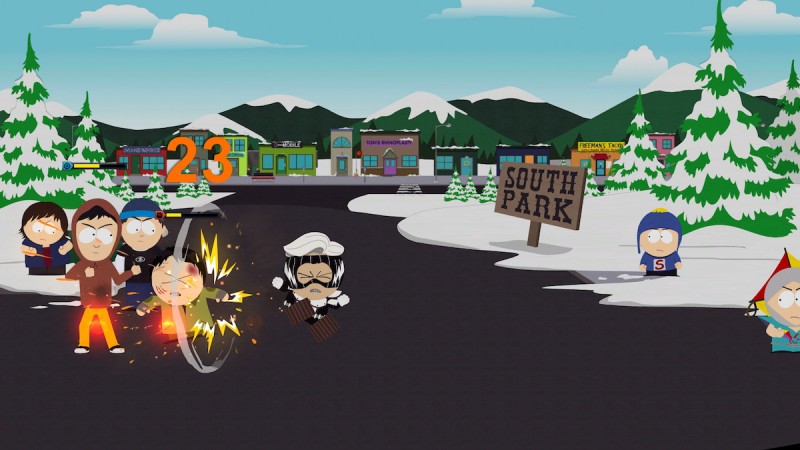 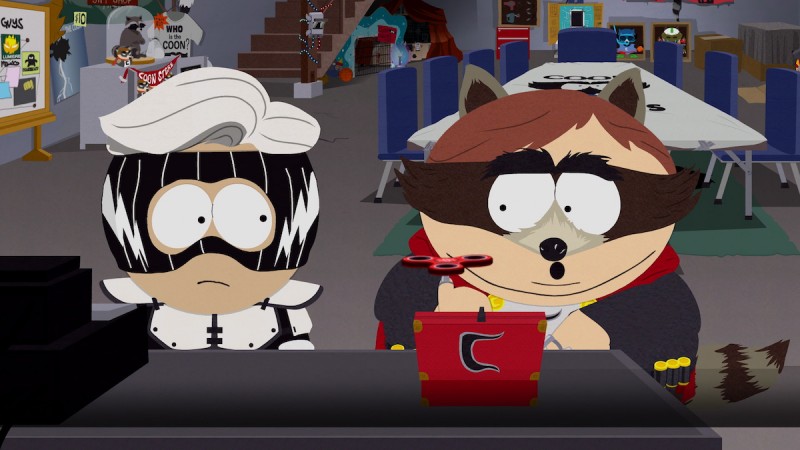 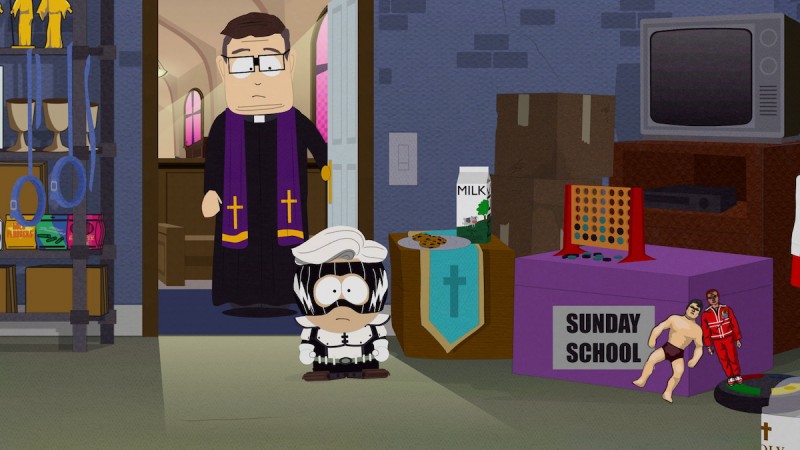 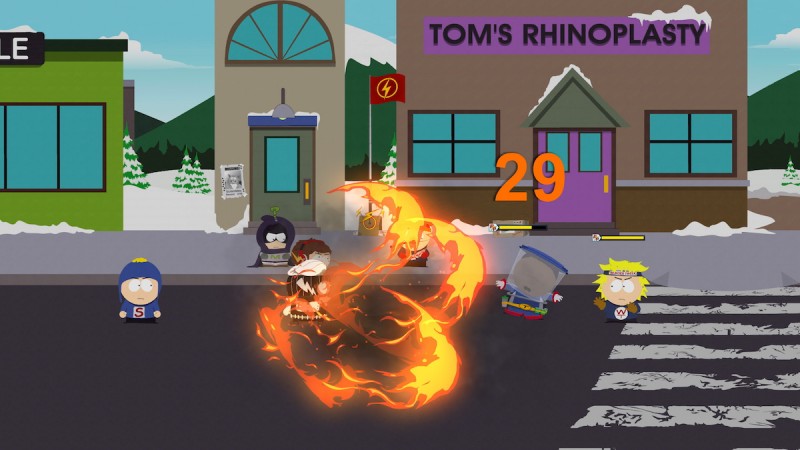 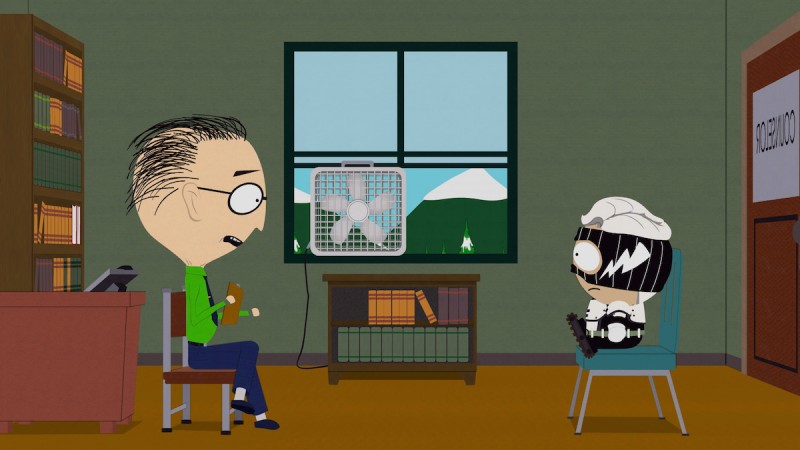 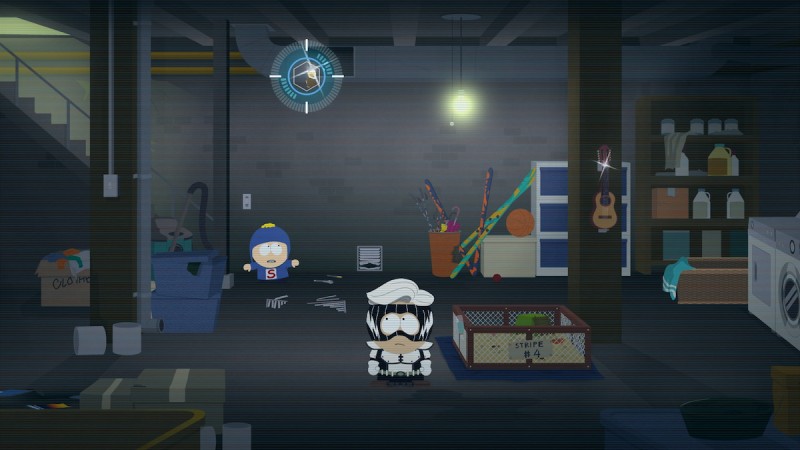 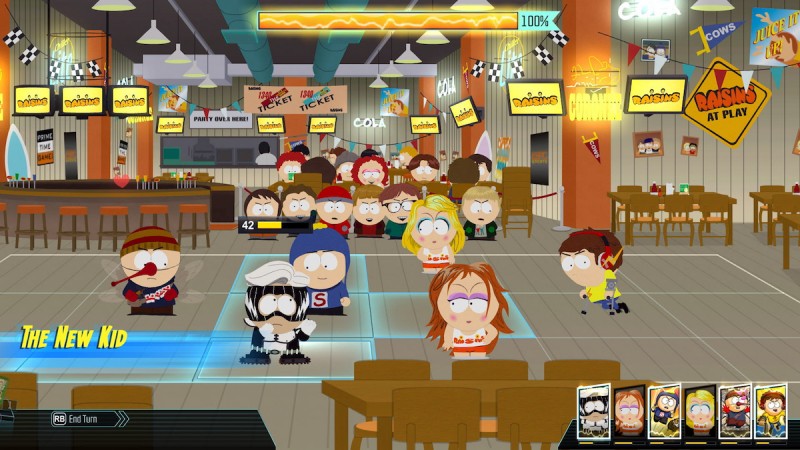 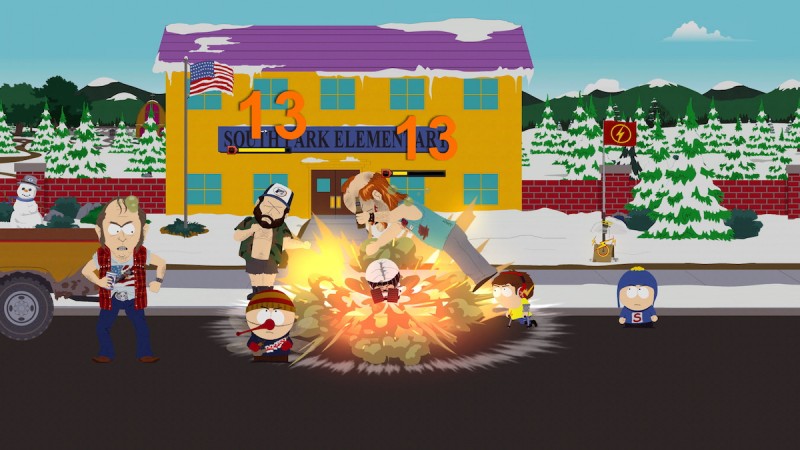 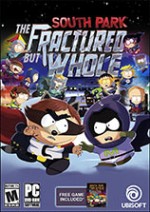 Fractured but Whole is a welcome sequel, maintaining the standard of quality of the previous game and all of Parker and Stone’s work.

Purchase More Info
8.75
i
Game Informer's Review System
Concept The “new kid” goes on another adventure in South Park, this time skewering the current superhero media trend and a thousand other topics
Graphics The Fractured but Whole is indistinguishable from the show, making it feel like you’re playing through an interactive, elongated episode
Sound Trey Parker and Matt Stone’s voicework is hilarious, and all the familiar musical themes from the show are present. The original orchestrated soundtrack perfectly frames the epic story the children are playing out
Playability Getting caught on environmental geometry is a minor annoyance. Otherwise, navigating combat, QTEs, and assorted menus works well
Entertainment The Fractured But Whole is a worthy follow-up to one of the best video game adaptations of a TV show ever made. It has consistent humor, a story with a satisfying pay-off, and a fun new combat system
Replay Moderate