Sound Shapes is a simple platformer that incorporates music in such a significant way, that it feels like a rhythm game, but without the need for all that pesky rhythm. You play as a little ball with a dot on it, sticking to walls and jumping between platforms on a journey to collect notes. As you collect notes, the music grows more complex, building and building until you feel as though you have been instrumental in the creation of a full song that narrates your adventure.

The way the music manifests itself around you creates a surprisingly emotional experience. You won’t find a discernable plot of any kind, but as the music builds, you can’t help but feel as though you are climbing to an emotional crescendo. You forget that you are moving a little ball from the left side of the screen to the right, and find yourself feeling something extraordinary as every note you collect adds to the stirring orchestration. It’s a simple concept – making sure that collectibles are actually worth something – but many games neglect it.

The music is crucial, but Sound Shapes is also an incredibly well designed platformer. By simplifying the player character to a geometric shape, there is never any misunderstanding about where your character will land. You can stick to like-colored walls and hold square to deactivate stickiness and move faster. Everything that can kill you, be it enemy or dangerous pit, is colored red. You will always immediately know what to avoid, what you can stick to, and where you need to go without any second guessing.

Each stage – which the game calls an album – has a different visual style and musical artist associated with it, and each album is made up of a series of levels.  The collection offers some incredible highlights, most notably tracks by Jim Guthrie (of Superbrothers: Sword and Sworcery fame) and Beck. One album, however, brought the entire game down; I have never felt as much like an old man as I did playing through the Deadmau5 levels. Everything sounded like grating, repetitive, electronic noise with barely any melody. My old man ears just heard a series of electronic beats layered on top of one another to the point of annoying repetition. It was the only time I turned the volume low so I could focus on platforming to finish the level.

None of the levels take very long, making Sound Shapes’ campaign disappointingly short. Making up for the minimal developer-made content, Sound Shapes puts a lot weight behind its level creation system, offering new creation pieces for progression in the campaign à la LittleBigPlanet. I usually like to leave the level creating to the professionals and the talented amateurs, but I was quickly enthralled by the level creation without having to work too hard.

The creation mode is half music synthesizer and half traditional platformer generator. You start by placing notes on a grid to create music. You organize drumbeats and interesting melodies with relative ease, and then you build your platforms and obstacles around those notes. The creation and placement work is done using the touchscreen, but you can use the control sticks to make minor adjustments to your objects. Touching the screen to build your levels makes the process quick and open to experimentation. You are required to beat your own level before publishing it, meaning you won’t come across impossible levels as you sift through the user-created content.

After beating the main campaign you unlock Death Mode and Beat School.  Death Mode offers incredibly difficult challenges based in the levels you have already defeated involving timed note collection. Beat School is more forgiving. You are given a tune, and you must recreate it using Sound Shapes’ creation tools. Beat School feels like an entirely different game, and Death Mode will dramatically extend playtime for those interested in tackling it, but neither mode offers the same platforming/music building experience of the main campaign.

I’m surprised by how personally involved I became in the journey of a tiny little ball with a dot on it. Sounds Shapes is an excellent platformer, but the music that progressively fills each stage as you move forward is really what makes the game something special.

The Edge
Regardless of what system you buy Sound Shapes on, you will get both versions of the game with the ability to share your save file between consoles. All the music, levels, and creation tools are identical. You can’t go wrong either way, but I would have to give the Vita version a slight advantage. Level creation is easier with the touchscreen, and the ability to easily pop in a pair of headphones and get totally absorbed in the music really helps the overall experience. Trophy Hunter
Sound Shapes does not hand out any of its 34 Trophies lightly. The typical Platinum is available for getting all Trophies, and one for beating the campaign, but each of the 32 other Trophies are connected to the completion of the challenging Death Mode and Beat School levels. When you unlock the Death Mode challenges Sound Shapes offers this qualifier: “Warning: these are insanely hard and may possibly melt your face!”
Off
On
Off 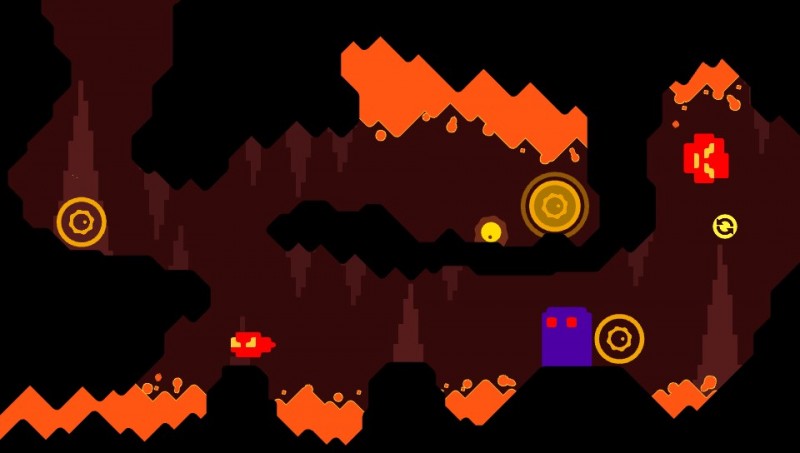 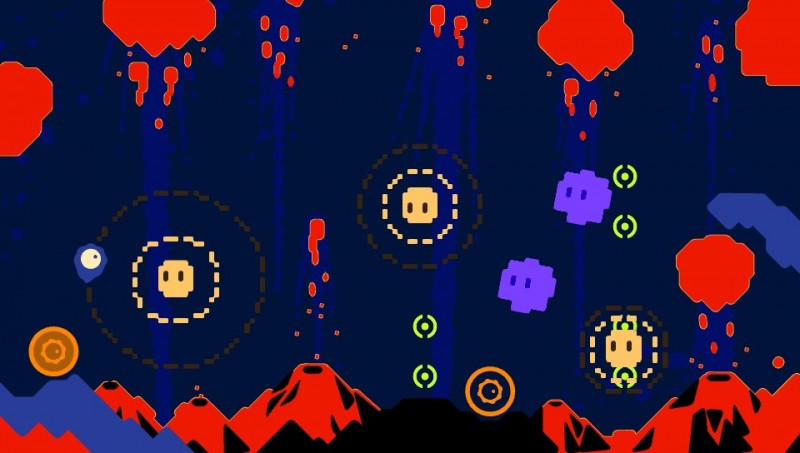 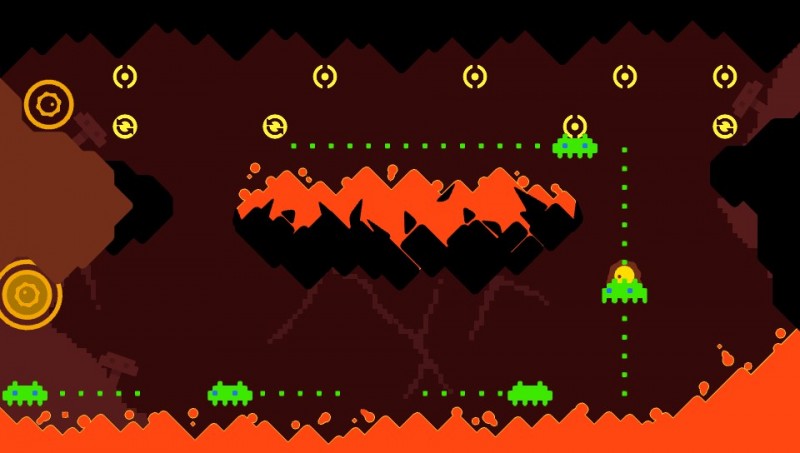 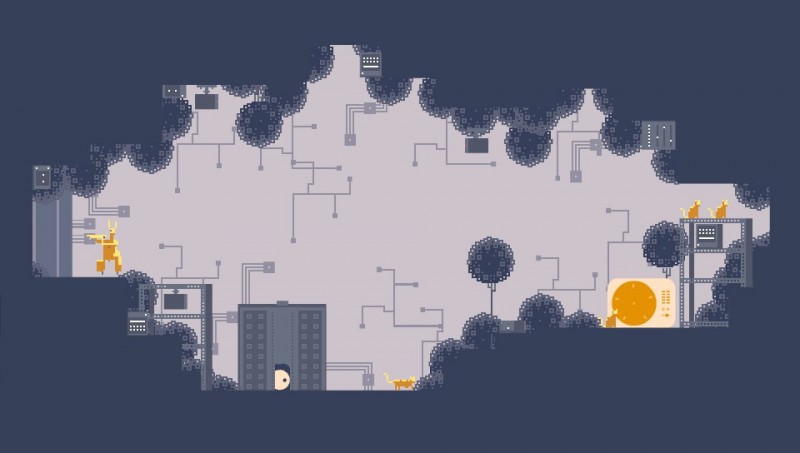 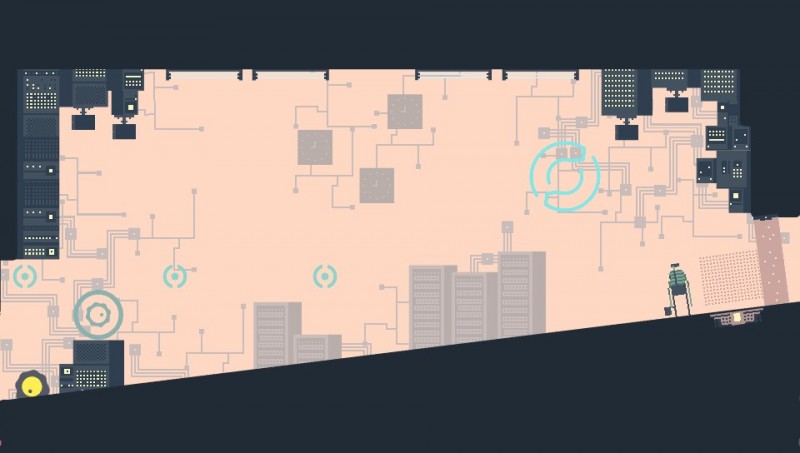 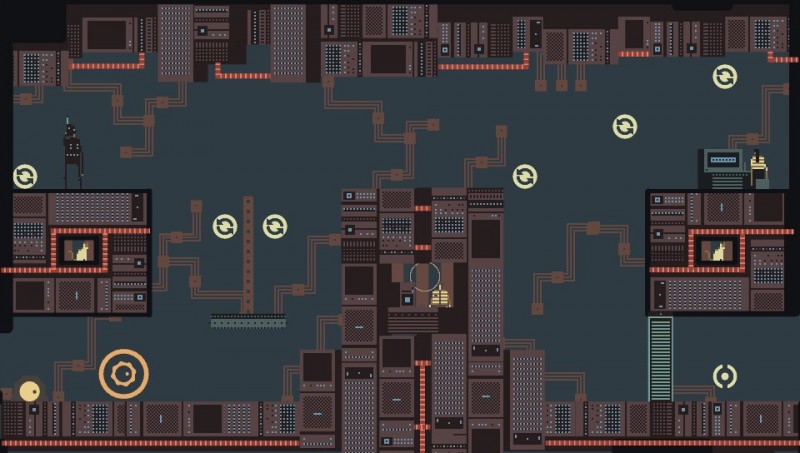 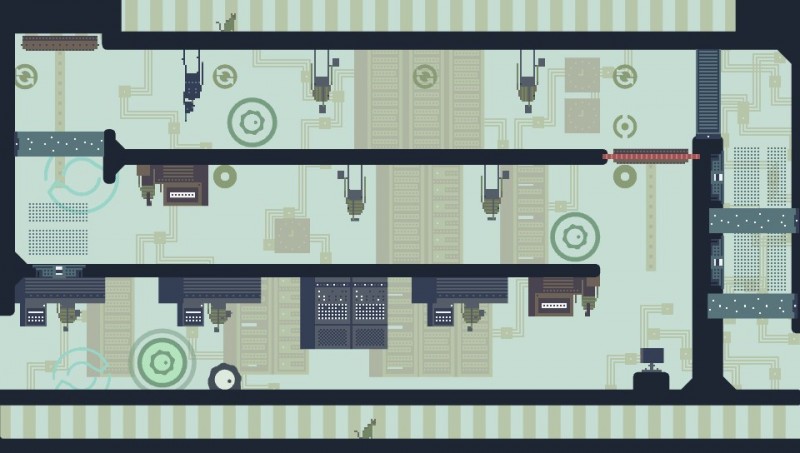 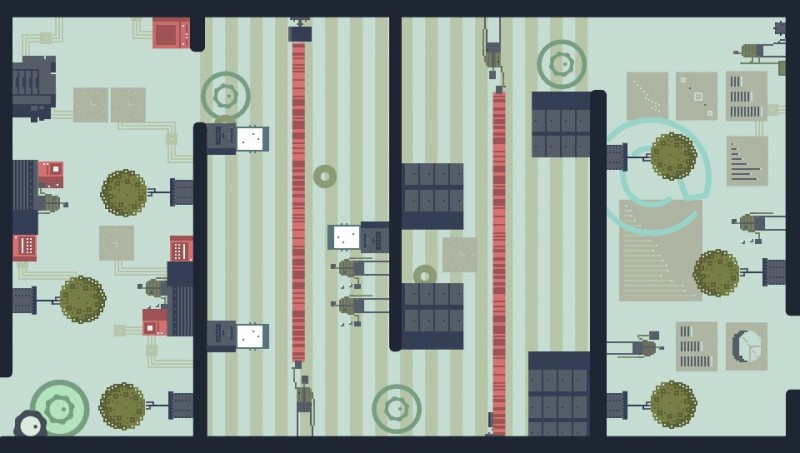 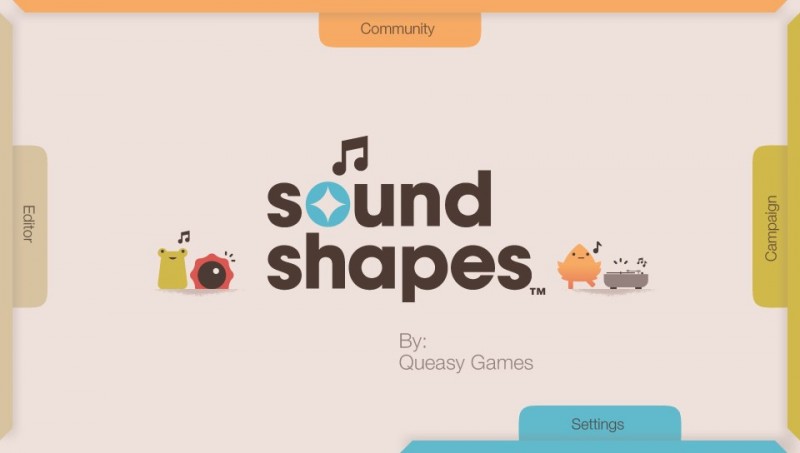 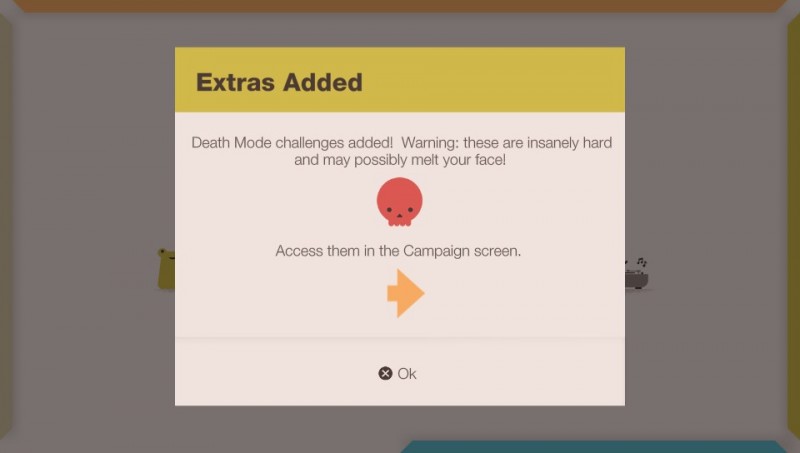 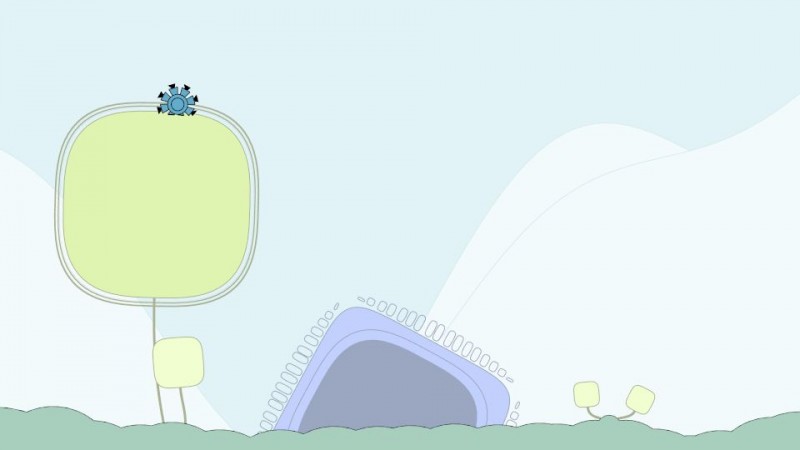 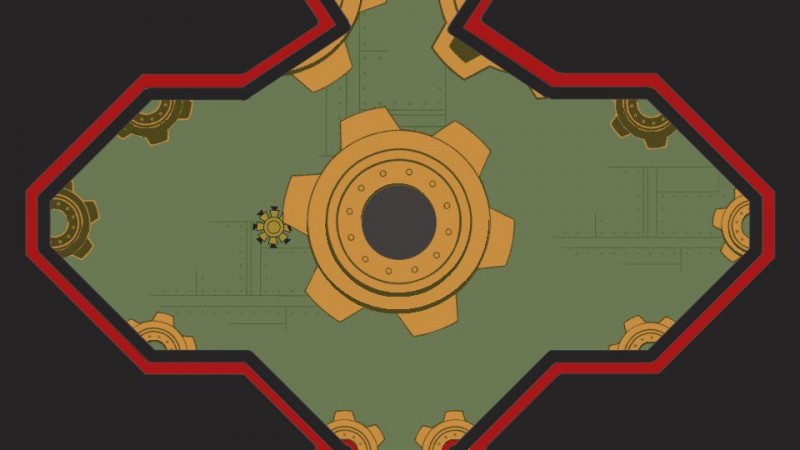 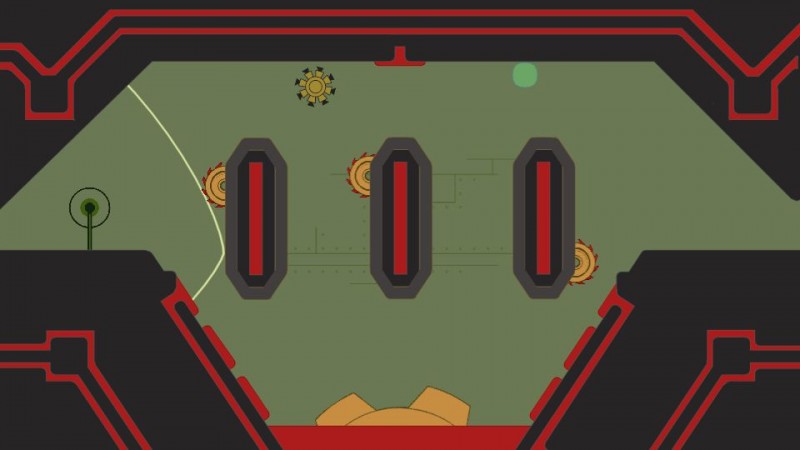 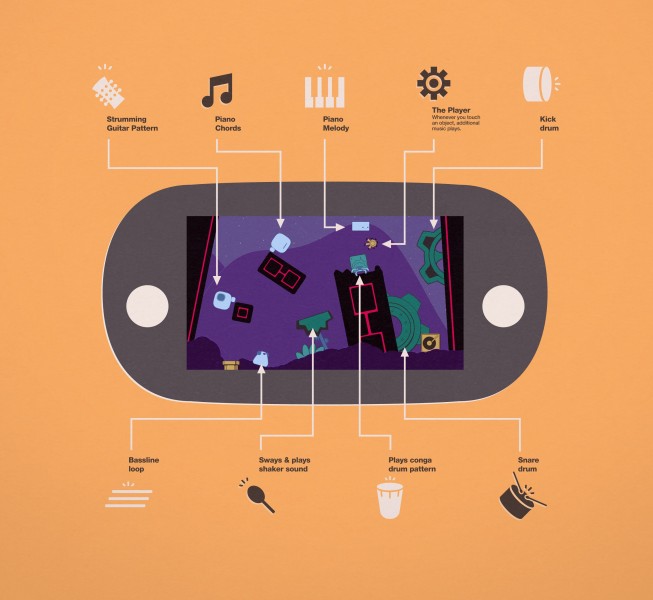 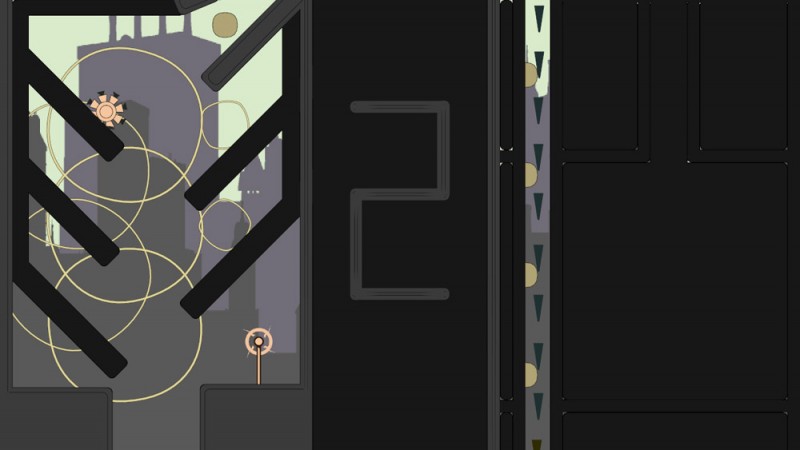 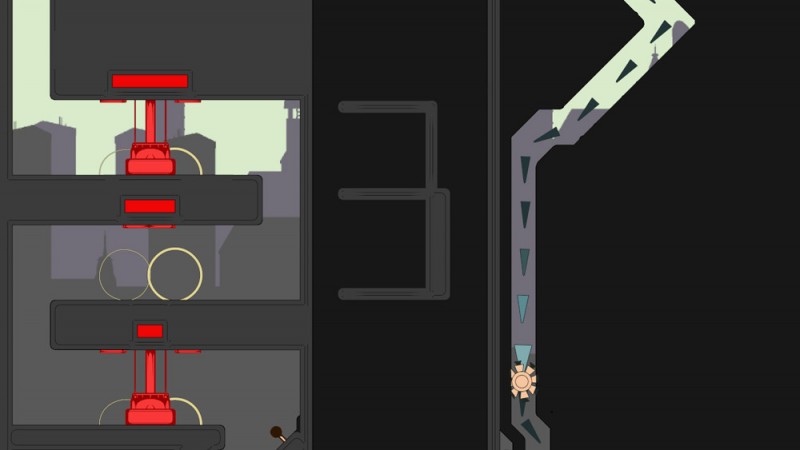 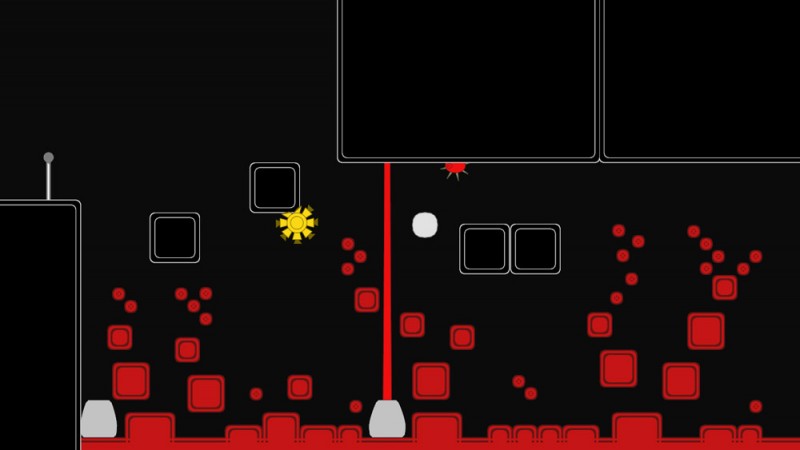 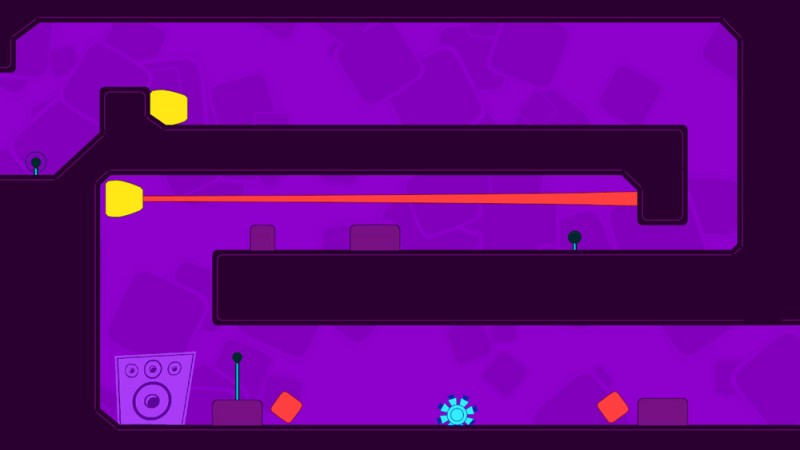 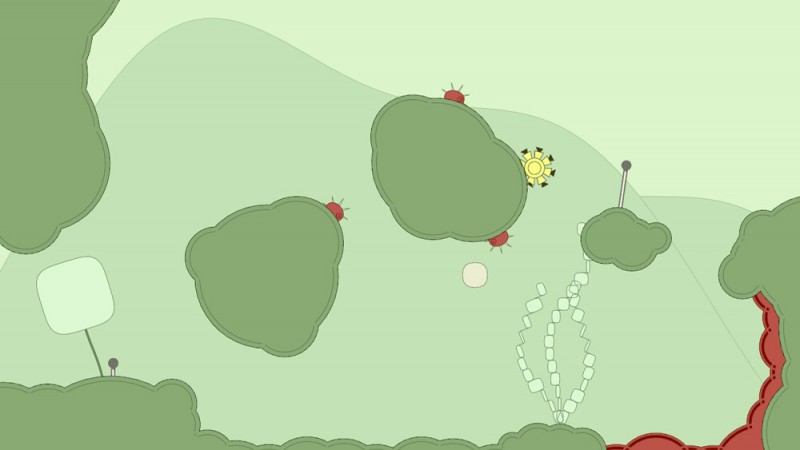 Sound Shapes is a simple platformer that incorporates music in such a significant way that it feels like a rhythm game, but without the need for all that pesky rhythm.

Purchase More Info
9
i
Game Informer's Review System
Concept Platform your way through a series of levels, collecting notes to expand and layer the music
Graphics Clean, often-abstract visuals make Sound Shapes a memorable and pleasing game to look at. Each level has a distinct style thanks to the use of different notable artists
Sound It’s not a rhythm game, but the excellent sound design plays an integral role in the progression of each stage
Playability Your character controls perfectly. Outside of the editor mode, the game thankfully makes no extraneous use of the Vita’s touchscreen or gyroscope features
Entertainment The music creates a surprisingly emotional experience to guide you through each of the five stages
Replay Moderately high