Soul Sacrifice seems designed to fill the void for Vita owners who want a Monster Hunter-style experience. The two games undoubtedly share some similarities, and Soul Sacrifice even attempts to streamline the experience by minimizing busywork. It steps out of Monster Hunter’s shadow with fast-paced combat, but technical issues and repetitive missions keep it from taking the crown.

Soul Sacrifice’s setting is steeped in macabre fantasy. Sorcerers hunt ghastly creatures and sacrifice them to increase their own power. You play as an imprisoned slave of one such sorcerer. Soon to be sacrificed yourself, you come across a journal that allows you to relive the previous owner’s story, thus unlocking secrets, knowledge, and power. The chronicle of this sorcerer’s tale depicts his rise in power, but also his descent into madness. As his sanity degrades, so does the cohesion of the story; after the fifth or sixth chapter of the game reiterating his uncontrollable bloodlust, my desire to skip dialogue became uncontrollable as well.

In game terms, each journal entry is an instanced mission with varying goals such as killing a certain amount of monsters or taking down an archfiend, the main bosses of the game. Doing well on a mission rewards you with new spells, which you can combine and upgrade into more powerful attacks. Dozens of different spell types allow for an overwhelming amount of character customization. Many types carry elemental iterations, which seem insignificant at first, but using the right tools for each fight proves to be an integral part of combat once enemies start posing a challenge. Soul Sacrifice’s focus on flexibility is one of the best things it offers; you might be a ranged spellcaster for a while, then get up close and personal later in the fight.

Keeping with the theme of sacrifice, a soul emerges from each creature you slay. Sacrificing or saving souls builds your magic power or defense, respectively. You have a similar choice with the souls of fallen allies; saving them costs you half of your HP but gets them back up on their feet, while sacrificing them rains down a spectacular and damaging spell. Their martyrdom additionally grants special rewards at the end of the quest.

Soul Sacrifice never misses an opportunity to smugly dangle the theme of sacrifice over your head. The constant threat of consequence, while intriguing, isn’t necessarily all that fun. Conversely, most of the “tough decisions” you make can be reversed by spending Lacrima, a resource found in abundant amounts. Did one of your holier-than-thou allies get fed up with your evildoing and leave? Flash some Lacrima and he comes crawling back. Without lasting impact, sacrifice instead translates to a gimmicky term for resource management.

Also at your disposal are Black Rites: hail-mary, highly destructive spells with a consequence to match. For example, one such rite pops out your own eyeballs; they multiply and shoot out lasers, rotating like a Gatling gun. Once they’re out of juice, your vision of the battlefield is obscured considerably until you spend Lacrima to reverse the effects. These abilities are cool, and grant bonus points and rewards at the end of the fight – but you should refrain from firing them off too liberally.

Early on in your quest for knowledge and power, combat amounts to mindless battles of attrition. Just keep mashing buttons until the baddie is dead. Those early quests are as easy as they are repetitive, but you need to learn the intricacies of combat eventually. The archfiend Cerberus stopped my progression dead in its tracks; unlike the monsters before him, Cerberus is fast on his feet and does massive amounts of damage. After several attempts, I begrudgingly went back to the drawing board and went for a new tactical approach. This setback forced me to explore my large collection of weapons types, shields, and elemental options. When you take the time to explore the depth of combat, it pays dividends later when you encounter even more demanding foes.

As a fan of Monster Hunter style games, I’m not a stranger to repetition or grinding, but Soul Sacrifice doesn’t provide a clear roadmap of how or where to obtain new costumes or specific spells. Mission objectives and environments are unashamedly recycled, and even rewards are often iterative making for a repetitive experience with little promise of payoff.

The controls and camera are implemented well, and the lock-on function helps keep you on target during all of the chaos (even if it’s not always the target you wanted it to lock on to).  Other variables – like additional players and AI companions – inevitably cause havoc. Friendly fire, though it does no damage, can knock you down, interrupt spells, and open you up to an attack. Some of the best spells and attacks have an area of effect, increasing your chances of getting hit by allies. The lack of an on-screen timer also leads to you missing opportunities (or eating damage) since you can’t tell when certain effects are about to expire.

Shoddy companions aside, the truly aggravating situations are unintentional. Archfiends are massive creatures and are a grand sight to behold, but are also prone to clipping issues. It’s not uncommon to get pinned up against a wall and trapped inside their model as they pummel you to death. I can get accustomed to clunky mechanics, but I can’t forgive deaths that result from the game rendering me helpless.

For many, multiplayer is a boon, and Soul Sacrifice gives you the ability to play co-op with up to four players either online or ad-hoc. While you cannot progress through the main storyline, you can embark on side missions that expand the content of Soul Sacrifice considerably. Several powerful creature and spell variants are tucked away here. These missions are also available offline with AI partners, but playing with real people increases the difficulty and rewards earned.

Soul Sacrifice has some shining components, and should hold its head high. The depth of weapon customization, strategic layer of combat, and robust multiplayer offerings kept me invested and having fun – even in the face of frustration. 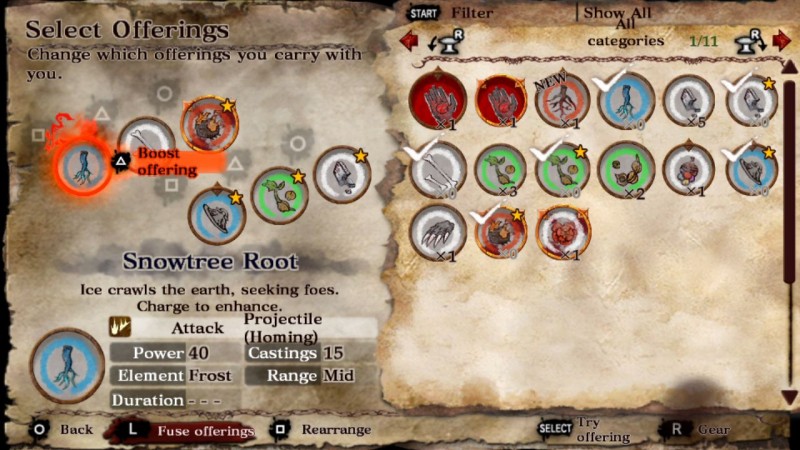 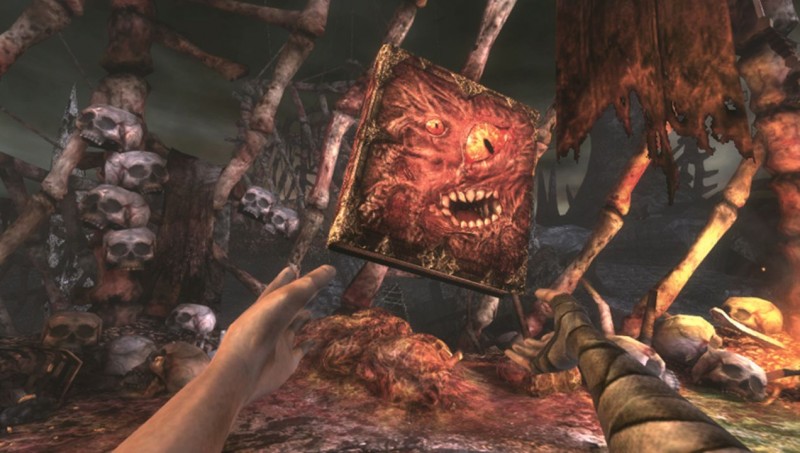 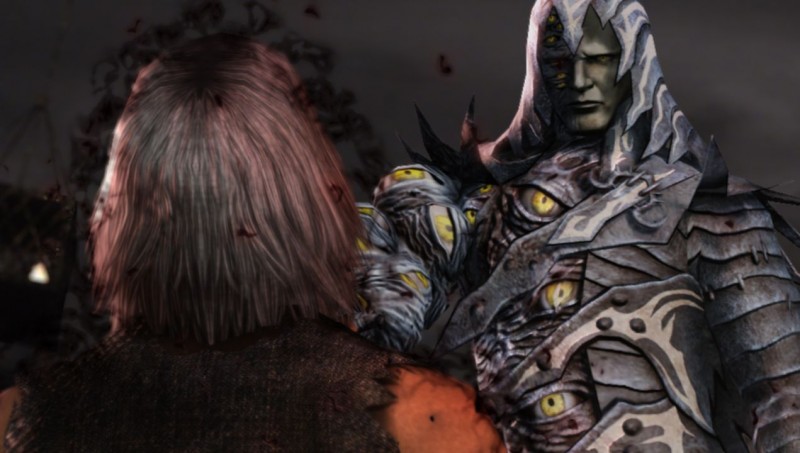 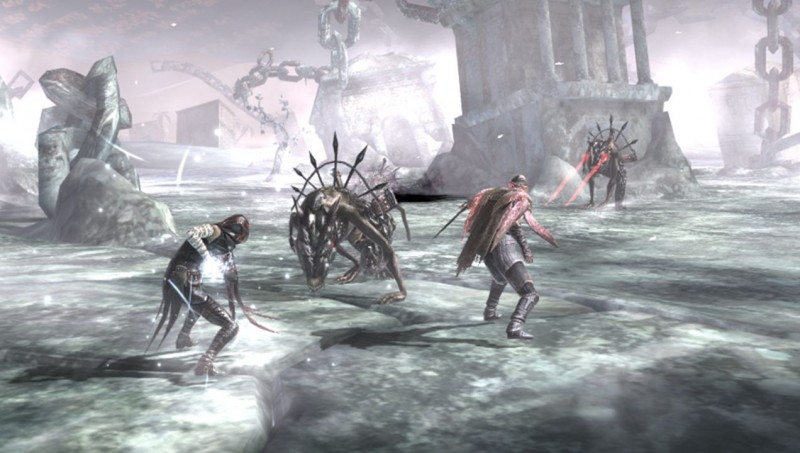 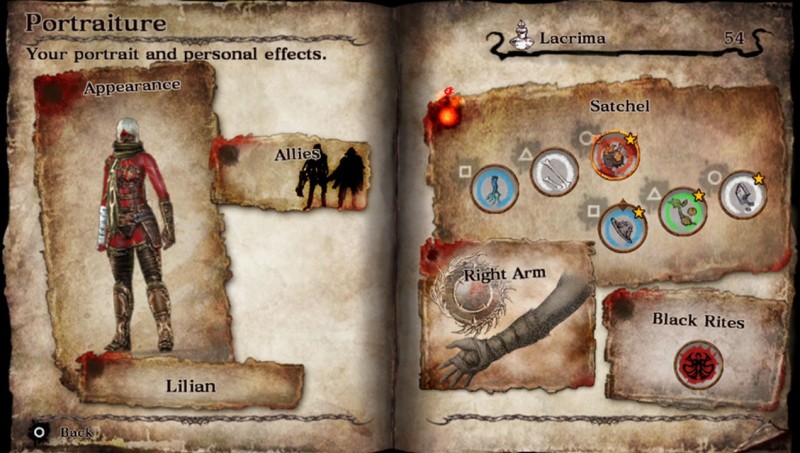 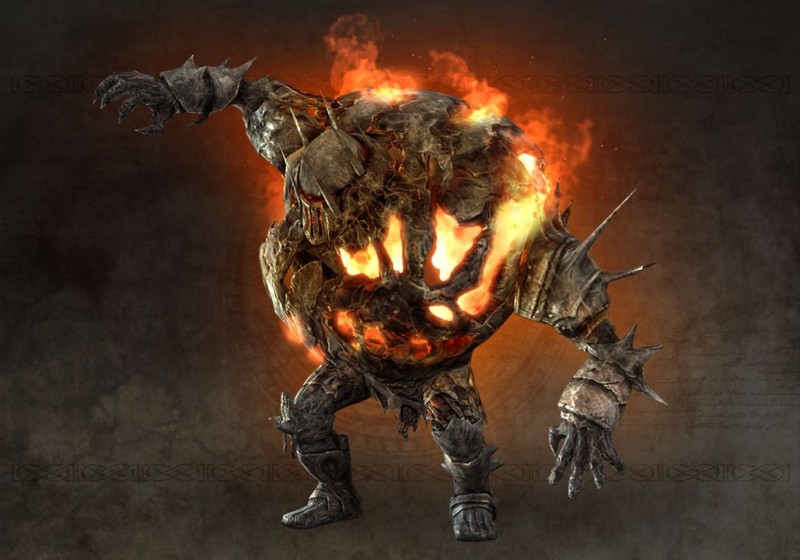 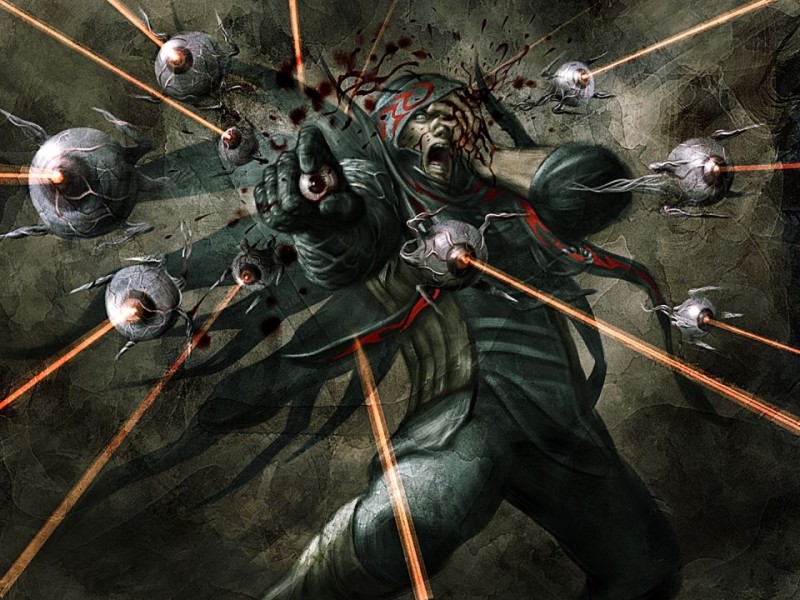 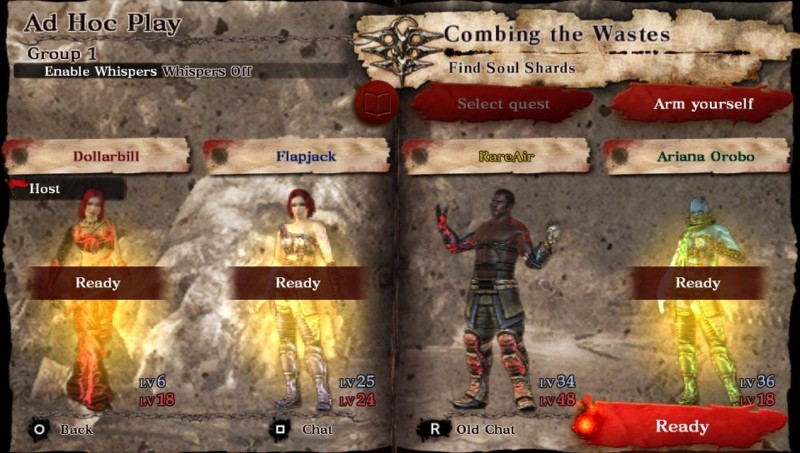 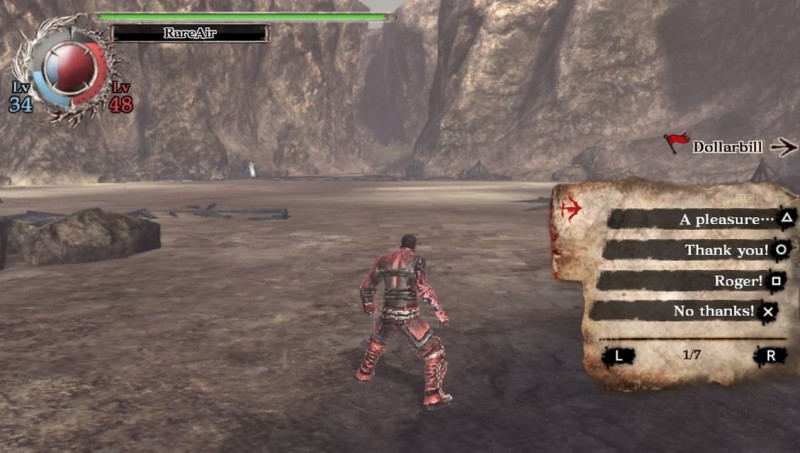 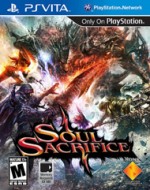 Soul Sacrifice steps out of Monster Hunter’s shadow with fast-paced combat, but technical issues and repetitive missions keep it from taking the crown.