Sorcery was announced at E3 2010, the year following the PlayStation Move’s unveiling. It was presented as a showpiece for Sony’s motion controller, but it’s taken two years to finally make it to store shelves. Even though the Move controls are front and center, Sorcery’s best and most surprising feature is the story.

You play as Finn, an overconfident sorcerer’s apprentice who gets himself into trouble much to the enjoyment of his teacher’s pet cat, Erline. She revels in your frequent failures, making fun of you and goading you into more and more trouble. She convinces you to enter a dangerous cave in hopes of scaring you, but you find a magical amulet inside that briefly reveals Erline is more than just a cat. That revelation is enough to draw an evil woman to Erline’s hiding place, and she attacks your village and kills your sorcerer teacher. His dying words to you are to protect Erline at all costs. The story is not without its clichés, but I was surprised and impressed by the turns it takes. The quality of the voice acting and storybook presentation drive events forward; it’s not Enslaved or Mass Effect, but the acting and characterization are effective, conveying emotional moments.

The combat does not offer the same surprising twists as the narrative. As you may have guessed, you flick your Move controller like a magic wand to cast spells. You have full control of Finn with the navigation controller in one hand, and you conduct attacks with the Move controller in the other. The basic attack of the game is to wave the wand like you’re hammering a nail into a wall, a motion you repeat constantly. You earn a series of elemental attacks like fire and ice, and they all use this same tiresome hammering motion to cast. There is some light aiming involved, but auto-aim mostly directs your attacks.

Finn moves from area to area along a linear path, taking out waves of enemies and casting spells to create bridges and open new pathways between fights. Finn only encounters about five different enemy types, and they each have their own magical weaknesses. A few bosses are littered throughout, and taking them down requires some logic and spell change-ups. A giant tree creature infected with evil, for example, required me to freeze his limbs before I could deal any damage. They offer slightly more variety than the general hammering motion. The combat is fun and even exciting at times, but that has nothing to do with the implementation of the Move controls.

Hidden throughout the game are alchemy ingredients you mix together for permanent upgrades to your spells and physical attributes. To create the potions, you take part in a motion-based minigame that has you pouring, mixing, grinding, and shaking ingredients together in a cauldron. Combining different ingredients to discover new upgrades is an entertaining series of experiments, but I could have done without the pouring-a-bottle pantomime.

Spells have cool effects and can be cast simultaneously to create things like flaming tornadoes, which is great, but they are enhanced in no way by the addition of the Move controller. Hitting square would have offered the same excitement (and less fatigue) as waving a wand, and selecting your spells with a d-pad would have been just as exciting as pausing the game and performing specific motions with the Move to inconsistently select new spells.

I like Sorcery, but the Move controls hold it back. It could have been a fun action game with an engaging story and environmental puzzles (I use the term “puzzle” generously, as they are all incredibly simple). Instead, Sorcery prepares you to hang framed pictures in your house by making you pretend to hammer a wall for five or six hours. 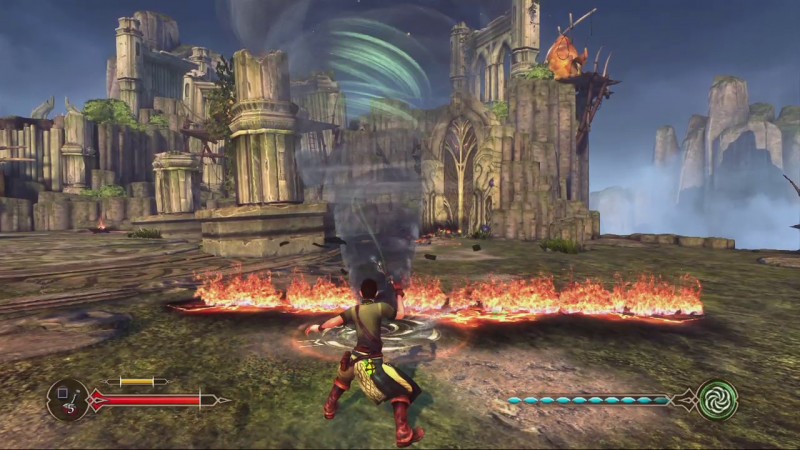 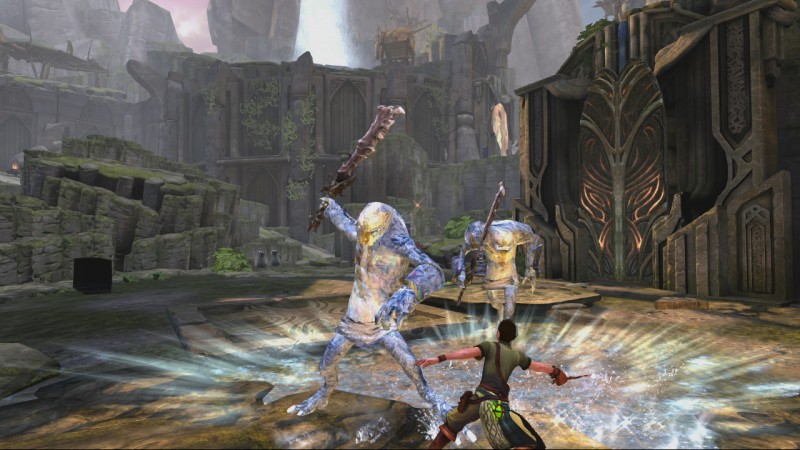 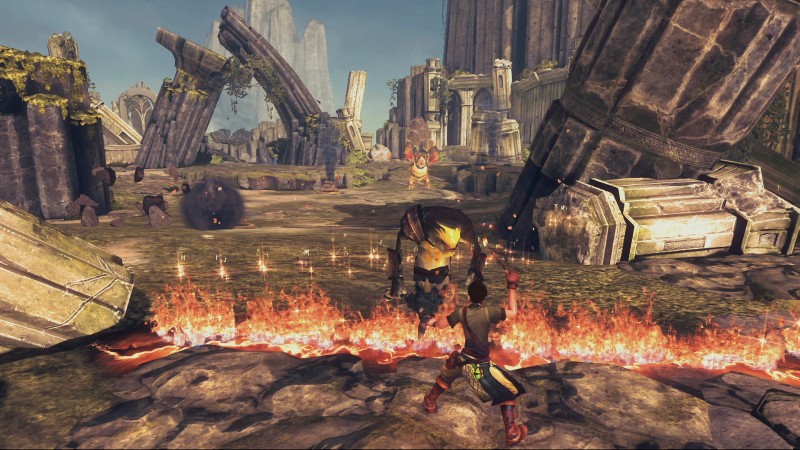 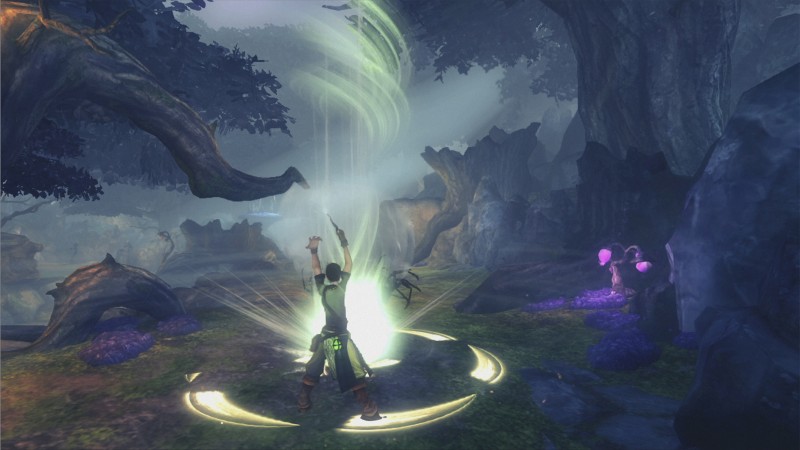 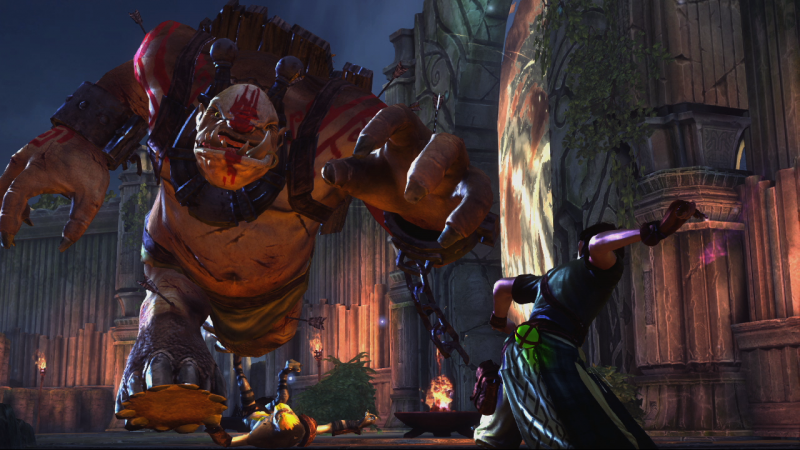 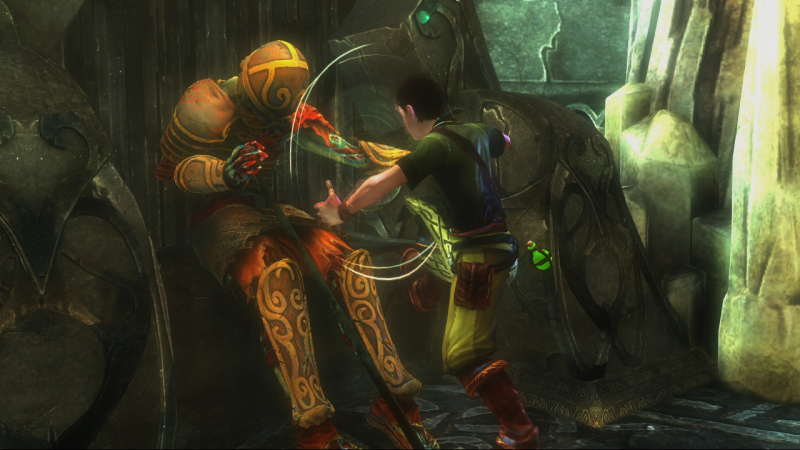 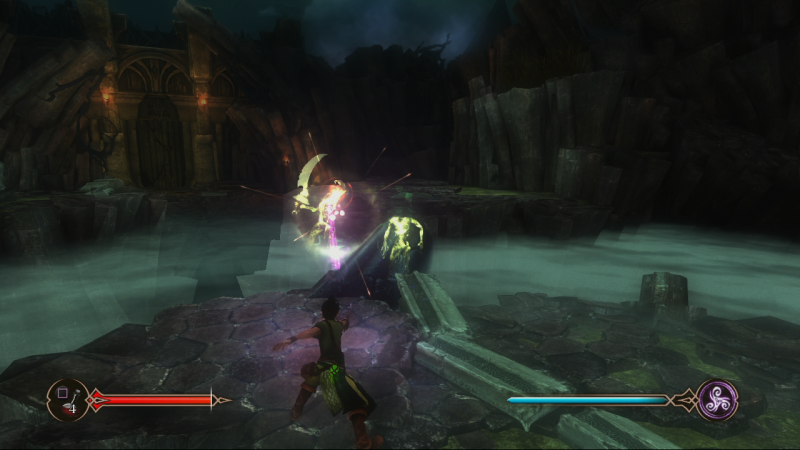 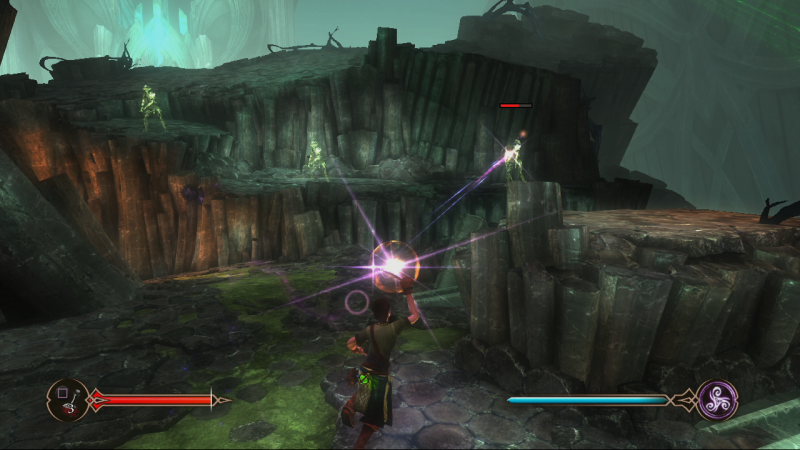 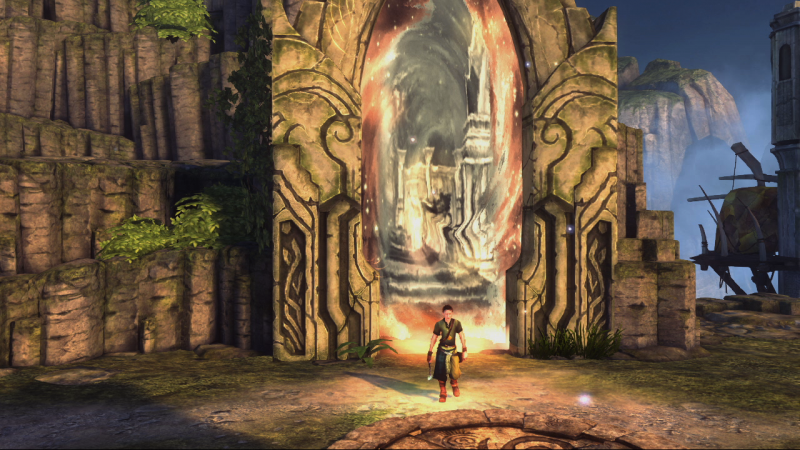 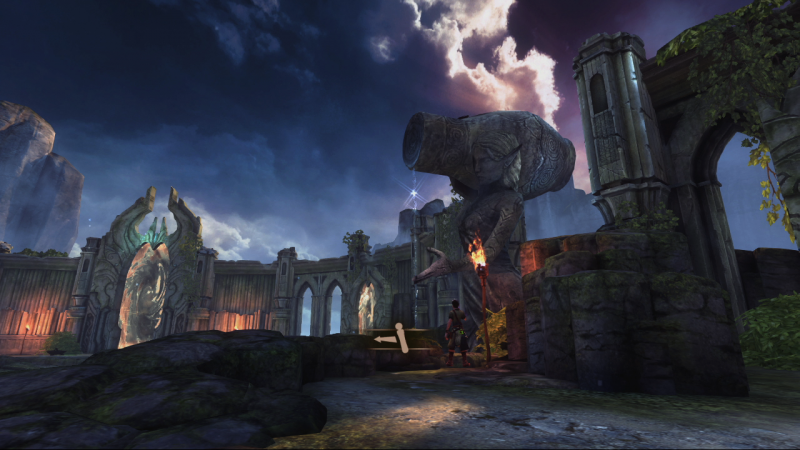 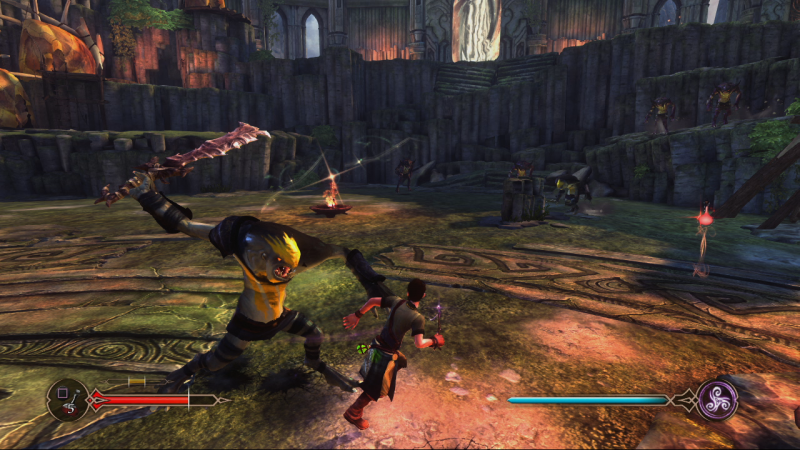 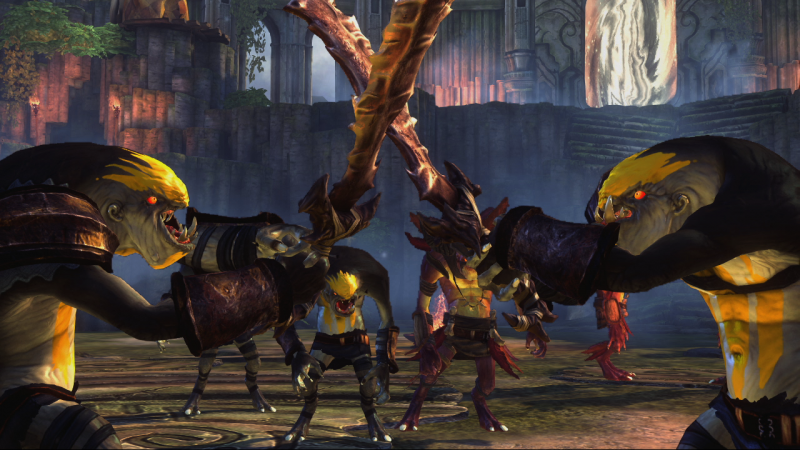 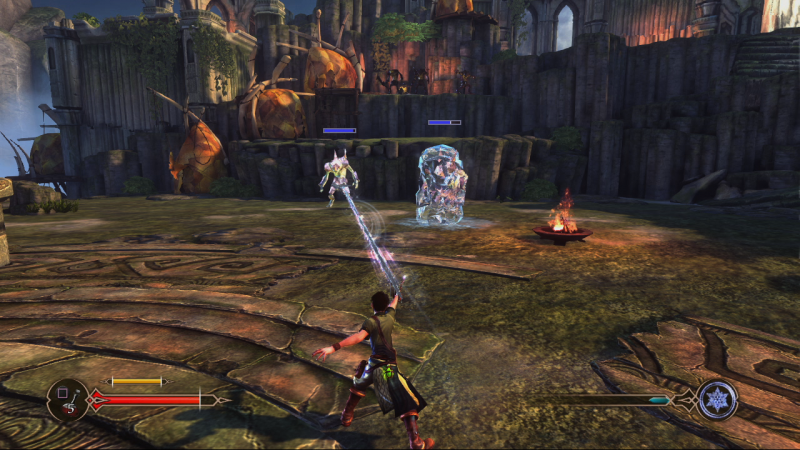 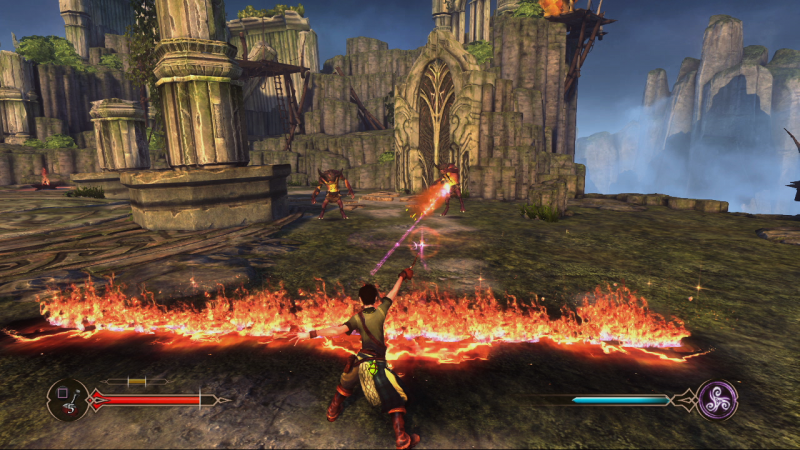 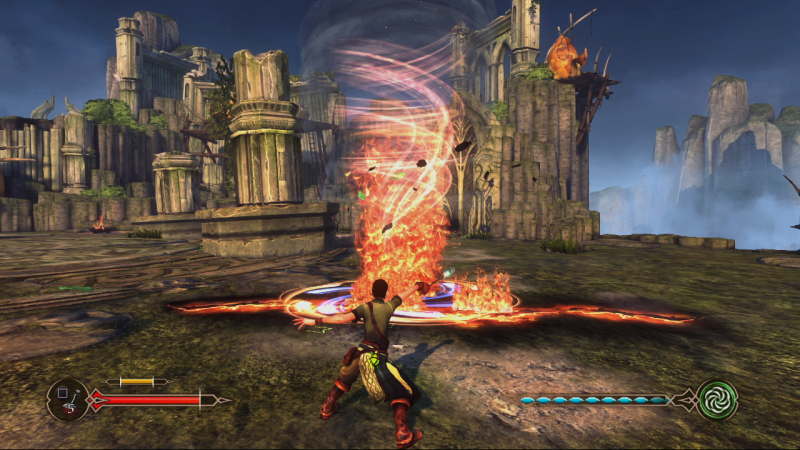 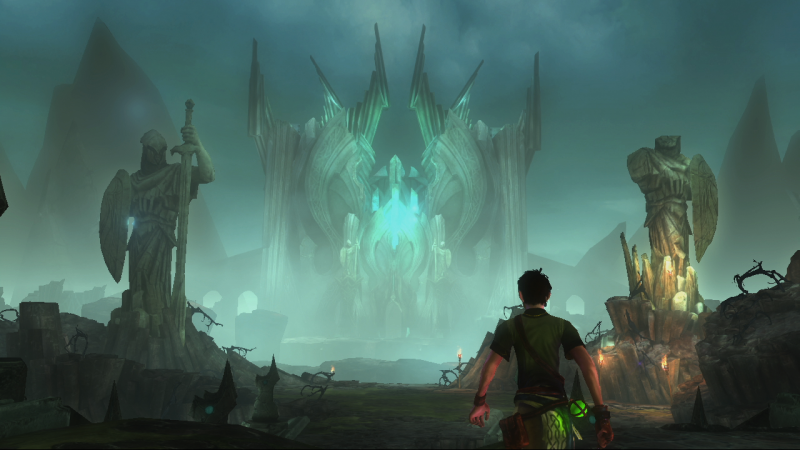 6.75
About Game Informer's review system
Concept
Showcase the Move with a story-driven action game about a young sorcerer and his cat
Graphics
Good character animation is hindered by poor facial animation. The art style shines with interesting character and environment designs
Sound
An excellent score, quality voice acting, and magical sound effects make the sound design one of the best elements of the game
Playability
The Move controls are a hindrance, adding unnecessary challenge to an easy game
Entertainment
I had fun with Sorcery, but I would have had more fun without the constant nail-hammering pantomime
Replay
Low 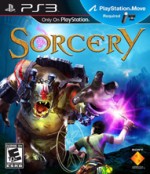