Sonic Generations Review: Dimps’ Reliable Quality Skips A Generation
by Tim Turi on Nov 22, 2011 at 04:54 AM Sonic Colors hit the 3DS and Wii last November. Including those two games, I’ve sped through various iterations of Sonic Colors levels six times thanks to Sonic Generations. While retreading ground is the point of this tribute to 25 years of Sonic, it makes me think Sega is running out of ideas. Not only have you likely already done everything this game has to offer, you probably had more fun doing it the first time. This 3DS version of the game is an attempt to forward the Sonic love letter to portable-minded fans, but you’re better skipping the RSVP and preserving your good memories.

Just like in the console edition of the game, Sonic Generations has new and old versions of Sonic dashing through redone versions of levels from Sonic’s past. The two hedgehogs control differently at first, with classic Sonic relying on his spin dash and modern Sonic using his boost and homing attack to speed through stages. The line between the two heroes blurs when classic Sonic learns new moves like the homing attack. It’s bad enough that this negates the entire purpose of having two iterations of the same character, but it’s even more frustrating when you lose track of which Sonic you’re playing and fudge a jump because you thought the boost was available. It eventually feels like you’re playing two redundant versions of the same stage, with the few differences being the occasional speed ramp or rail to grind.

Most Sonic games offer players a top, middle, and bottom path to speed through levels. Experimenting with verticality is fun in early, low-risk zones like Green Hill and Mushroom Hill, but as the challenge level increases it’s difficult to predict whether a drop-off leads to a lower path or death. A few scattered hazard warnings aren’t an excuse for inconsistent level design when you’re hurtling across chasms this quickly. Factor in both Sonics’ shared lives and you can expect to see more than a few infuriating game over screens.

I’m still banging my head against the desk trying to discern why a game paying tribute to a series boasting terrific boss battles would only contain a few Dr. Robotniks. Why am I wasting my time running boring foot races against Shadow and Silver the Hedgehog when I could be facing down a gauntlet of deadly Egg-O-Matic inventions? It feels like Sega left the best the series has to offer on the shelf, opting instead to shoehorn in half-hearted nods to Sonic Adventure 2 and 2006’s Sonic the Hedgehog for the sake of thoroughness.

I didn’t hate every second I spent with this platformer. The music is great, the early Genesis-era stages are plain and simple fun, and the Sonic 2-style special stages make good use of the handheld’s 3D to gauge depth. However, the lack of worthwhile new content and sloppy level design makes the whole product feel like a rushed tie-in to the superior console version. There are worse 3DS games, but with so many great DS and downloadable platformers available for the handheld, why waste your time with a half-baked anniversary party? 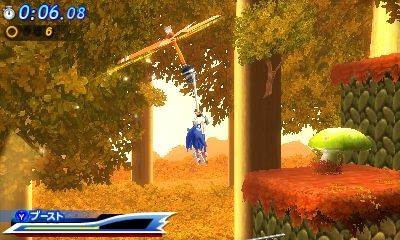 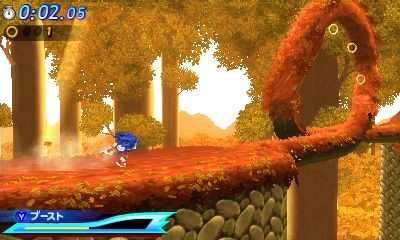 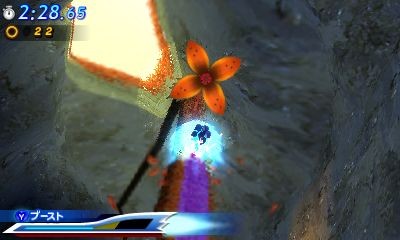 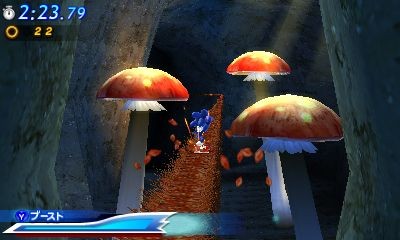 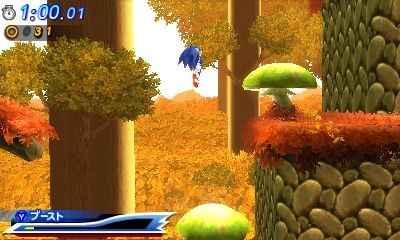 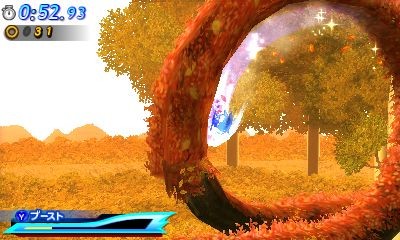 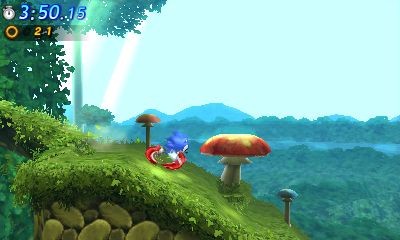 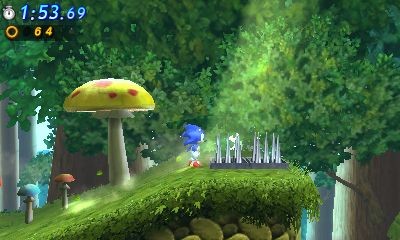 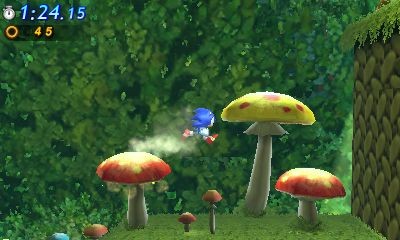 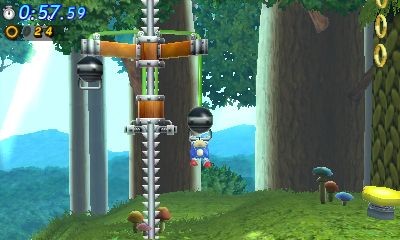 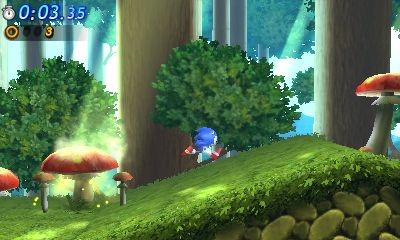 5.75
About Game Informer's review system
Concept
Let 3DS owners celebrate Sonic’s 25th anniversary with the hedgehog’s weakest portable entry in years
Graphics
Modern Sonic’s transitions between 2D and faux-3D are impressive. I still prefer the crisp 2D sprites of previous handheld Sonics to these lackluster character models
Sound
A few remixes of classic tunes are still rattling around in my head
Playability
When the game isn’t guiding Sonic through levels for you, you’ll be suffering through repetition and poorly-indicated pitfalls
Entertainment
Like its console sibling, the remixes of early Sonic levels are solid, but slip in quality as the timeline progresses
Replay
Moderately Low