With a reputation of being one of the fastest creatures in the gaming universe, Sonic is no stranger to the racing genre. Hoping to emulate the success of Nintendo’s popular kart racers, Sonic’s mediocre entries in the Sonic Riders franchise consistently fall short of winning first place. The latest attempt, Sonic Free Riders, uses Microsoft’s Kinect technology, placing you in the Sonic universe as you zip around a limited number of courses – or at least try to. Spotty body detection turns what could have been a unique racing experience into a flaming wreck.

The bulk of Sonic Free Riders is broken up into missions, each one preceded by cutscenes (which you should skip) featuring grating dialogue between characters. What’s worse is that you’re required to go through a calibration exercise before every mission, which involves standing sideways as if you are on an Extreme Gear board, and leaning back and forth to make your way around a series of cones. As far as I could tell, this process doesn’t contribute to solidifying controls whatsoever and only serves to delay the action.

Missions include standard races, timed challenges, coin collection, trick execution, and gaining as much air as possible, though that’s easier said than done. Successfully completing jumps and sharp turns on more complex tracks is hit-and-miss, since your movements don’t always register. This results in a lot of wall grinding and unintentional trips down side paths. Power-ups, a necessary evil in arcade racers, are plentiful and require unique arm movements to activate. Gestures like shaking your arm in the air to rattle up a soda can for a rocket boost or a football throw for a missle launch don’t always work when you need them to and can cost you place in a race.

Occasionally, characters break away from the board for mine cart, swimming, and water skiing sequences. One character uses a motor bike, which requires facing forward in a squat position. These segments are by far the most responsive, give a true sense of speed, and are the most fun. Unfortunately, they only make limited appearances.

Sonic Free Riders, though an ambitious attempt to bring a controller-free entry to the racing genre, is a challenge to enjoy. Here’s a word of advice, Sonic: Ditch the board and stick to your platforming roots. 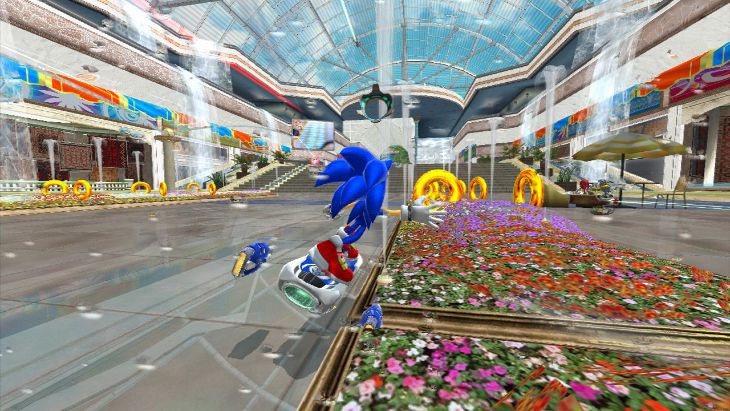 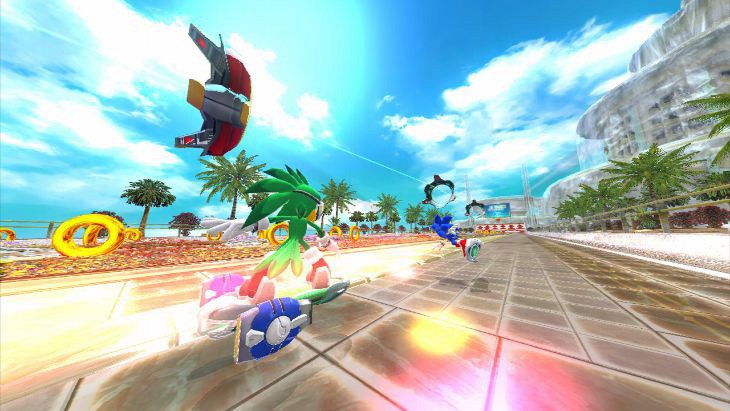 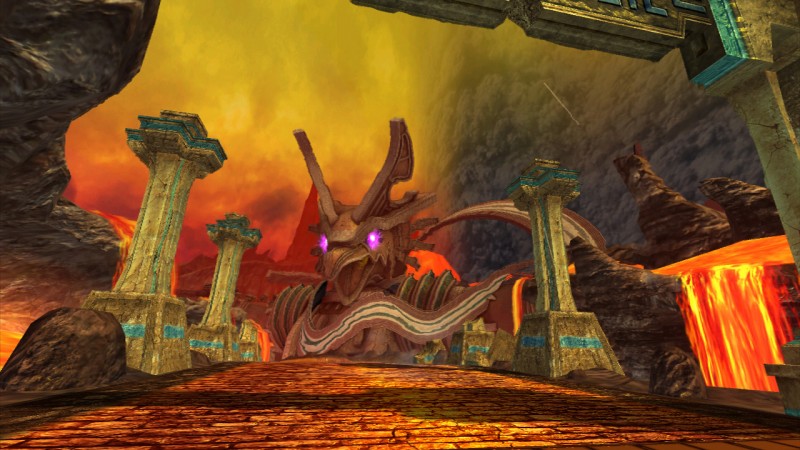 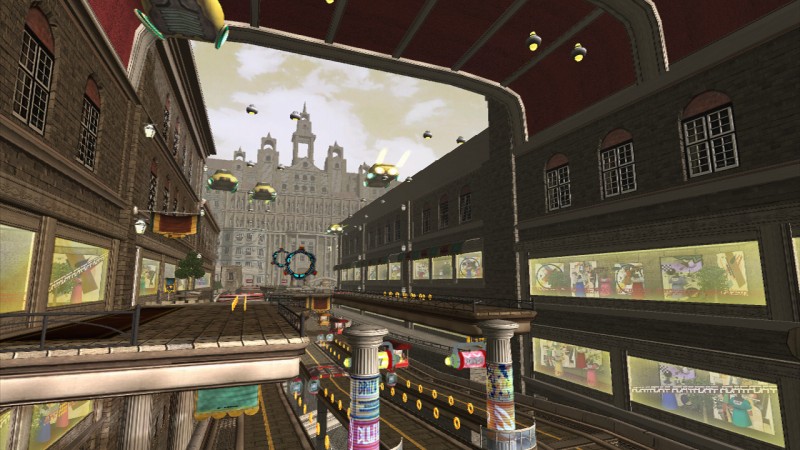 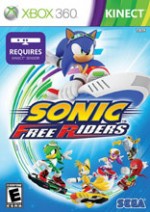