In Sonic Forces, Dr. Eggman remedies his decades of disappointment by aligning with Infinite, a being who can replicate Sonic's greatest enemies to have them all gang up on him at once. Similarly, Sonic Team has remedied its recent struggles by piecing together things that have worked in the past to create a better 3D Sonic the Hedgehog game. Unfortunately for both Eggman and Sonic Team, despite this being their best effort in a long time, the flaws are still evident.

Sonic Forces puts you in control of modern Sonic, classic Sonic, and a custom hero as you speed through more than 30 stages to take down the maniacal doctor. Rather than delivering jarringly disparate pacing, Sonic Team made all three playable characters focus on speedy gameplay. The main differentiating factors between these characters is their movesets. Modern Sonic has his signature homing attack that lets him lock onto enemies in mid-air, as well as slide, stomp, and boost abilities, while classic Sonic is limited to his spin dash.

Beyond two versions of Sonic, Forces also features a custom character you take control of in dedicated stages. The creation suite allows you to choose from several anthropomorphic animal species, and equip them with cosmetic clothes and accessories. While you can easily create an abomination that sticks out in cutscenes like a sore thumb, making a hero that feels at home in the world is just as simple.

Your custom character shares most of its moves with modern Sonic, but you can also swing from grapple points and equip a Wispon weapon. Wispons range from an electric whip to a device that traps enemies in cubes, but the most effective is the flamethrower you start with. Each Wispon also carries a traversal mechanic - the flamethrower allows you to burst upward to reach higher levels, while the cube device can spawn platforms. I like how you can reach different items if you have a particular ability at your disposal, but a few extra rings are usually all that's at stake when choosing your route.

Modern Sonic's 3D stages are better than they've ever been, and deliver a terrific sense of speed without making you feel like you're out of control. My favorite 3D sequences come when you're rushing down a straightaway, relying on your reflexes to sidestep enemies and obstacles. However, Sonic Team has yet to fully crack the code of how to make Sonic feel great in motion when not on rails, and the slippery controls feel like he's skating through the world.

Classic Sonic's 2D gameplay is surprisingly the worst part of the trio of characters, as his side-scrolling portions don't control nearly as well as the classic games, and precise platforming is unnecessarily frustrating. In addition, classic Sonic inexplicably loses momentum at a rapid rate, slowing down too quickly after hitting a booster, and often struggling to make it up ramps seemingly placed for him to easily blast over.

With many recent Sonic games, level design has been a sore spot. Sonic Forces largely fixes the series' longstanding problem with random pitfalls; I trained myself to let Sonic speed forward with little fear of my character falling to his death thanks to the better designed stages. Unfortunately, Forces' attempts to create branching paths falls mostly flat, giving you little incentive to explore the alternate routes when they do pop up. Instead, Sonic Forces is mostly about blasting through the stage as quick as possible while scooping up tons of rings and taking out some enemies along the way.

Sonic Forces encourages you to revisit stages with the promise of new customization items for your created character. SOS missions pop up at random on previously beaten stages, but the missions are poorly defined. Despite making it through the stage again during these SOS missions, I sometimes received an ambiguous "Mission Failed" screen with no explanation as to why. In addition, daily missions give you simple goals like clearing a Sonic stage, while other challenges focus on tasks like using specific weapons. While I like the added emphasis put on replaying older levels, I am frustrated and baffled that the action-stopping tutorials from the earlier levels persist on repeated playthroughs.

Despite my multiple gripes with Sonic Forces, I still enjoyed the adventure. 3D Sonic games still aren't to where they should be after such a long time of iteration and experimentation, but through improved gameplay and level design, Sonic Forces continues the series' evolution in the right direction. 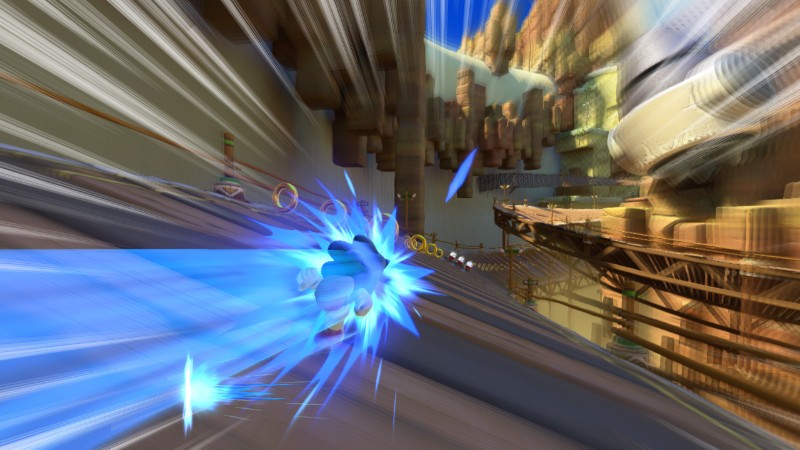 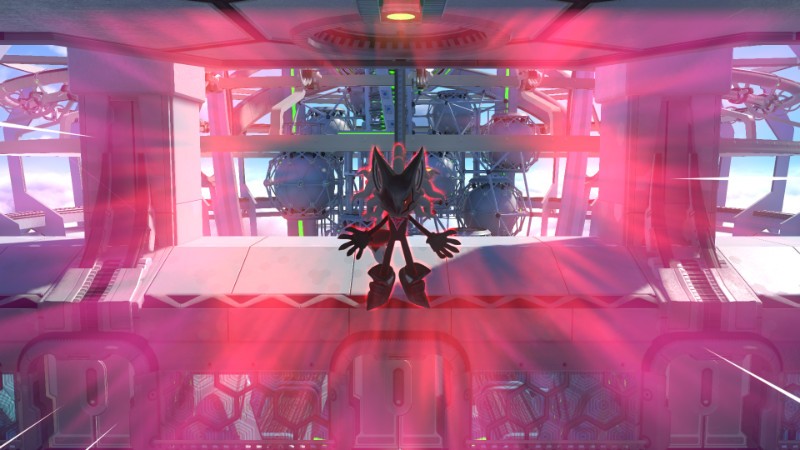 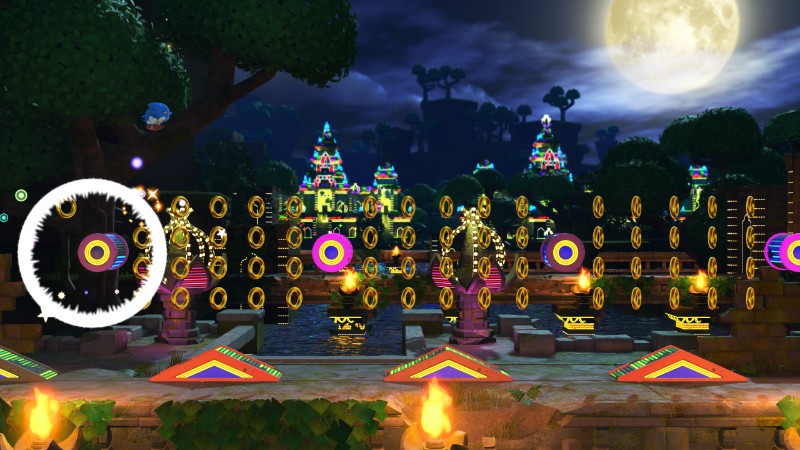 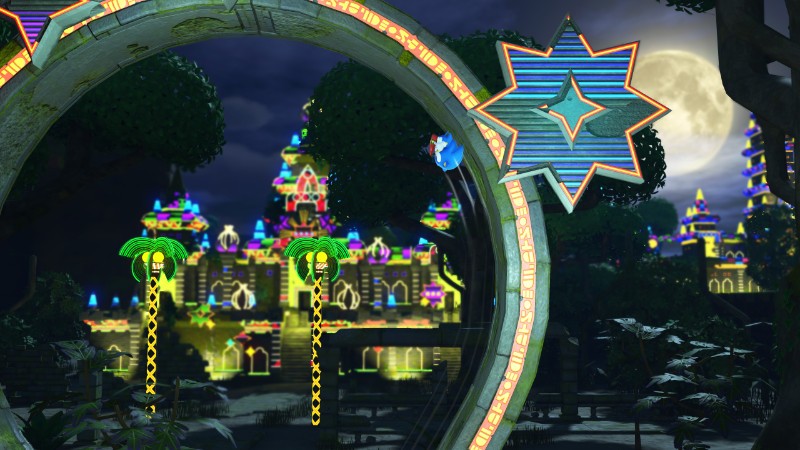 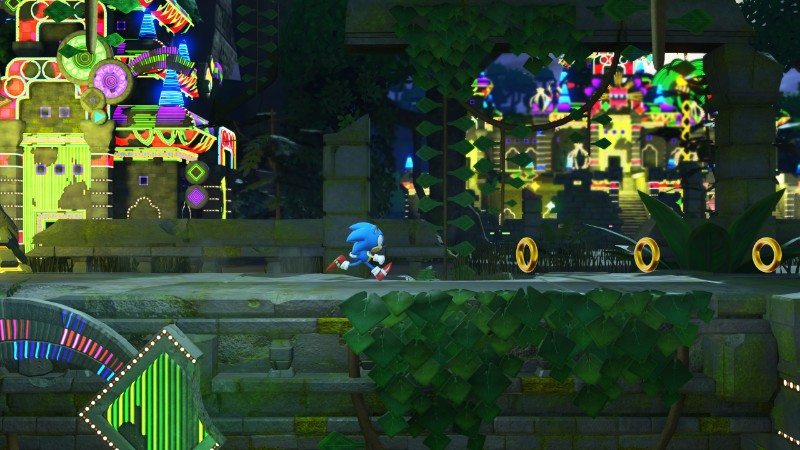 6.5
About Game Informer's review system
Concept
Take control of three heroes (including a custom character) to take on Dr. Eggman in a story in which he has already won and you’re leading an underground resistance
Graphics
Though noticeable compression and screen-tearing hinders the cutscenes, gameplay looks smooth and relays a strong sense of speed
Sound
The melodic guitar-driven rock of past modern Sonic games gives way to a largely electronic soundtrack to mixed results. Dialogue doesn’t always land, but chatter between characters as you play adds to the fast-paced tone
Playability
Characters feel too loose in their movement and the platforming isn’t precise enough, but this is the best a 3D Sonic game has felt
Entertainment
Despite its silly story and inconsistent gameplay, Sonic Forces is a fun adventure and a step in the right direction for 3D Sonic titles
Replay
Moderate