At a recent pre-E3 event, I was able to play a sampler of Sonic Forces and get my hands on Sega's latest foray into 3D with the speedy blue hedgehog. The first two levels available to me put me in Sonic's trademark red shoes with the third letting me play a custom character created for the event.

The first level had Sonic racing through a city, flipping between third-person and side-scroller perspectives, trying to catch up to Shadow The Hedgehog. I dashed through robots and checkpoints, leaping into the air and speeding toward foes to demolish them before continuing on my way. The demo was satisfying but short, showing off a fairly straightforward level that put emphasis on speed.

The second level was a boss battle with classic villain Dr. Eggman as he floated around in his saucer, which swung a spiked ball from left to right in a fight that pays homage to one of the classic boss battles from the series' early days. However, after you bounce on the saucer a few times, the saucer transforms into a giant dragon robot and the battle gets a little tricky, forcing you to run from left to right to dodge the robot's attacks as he heaves giant stones and boxes at you. The trick is to send the boxes back at him by attacking them. As with earlier Sonic titles, the amount of rings you have on you are basically life-bar. Lose them all and you've only got one hit before you perish. Luckily, I was able to pull through the battle, sending the Eggman and the robot retreating. The fight was fun thanks to its blend of nostalgia and skill testing.

The last stage I played focused on the custom character and showed the differences between playing the created hero and Sonic. The custom character, which you'll be able to design and dress, has items equipped you can use in these levels, which also switch back and forth between the third-person and side-scroller perspectives. For my demo, my pre-made character had a flamethrower that he could use to burn through enemies. It was quite useful for clearing platforms of foes. I enjoyed my time with this created character though the items in that mode didn't drastically shift how I played. I'm looking forward to seeing how other power-ups influence the gameplay for this hero avatar.

Sonic Forces is slated to be released later this year on PlayStation 4, Xbox One, Switch, and PC. You can check out our previous preview here as well as digital editor Brian Shea's interview with the head of Sonic Team here. 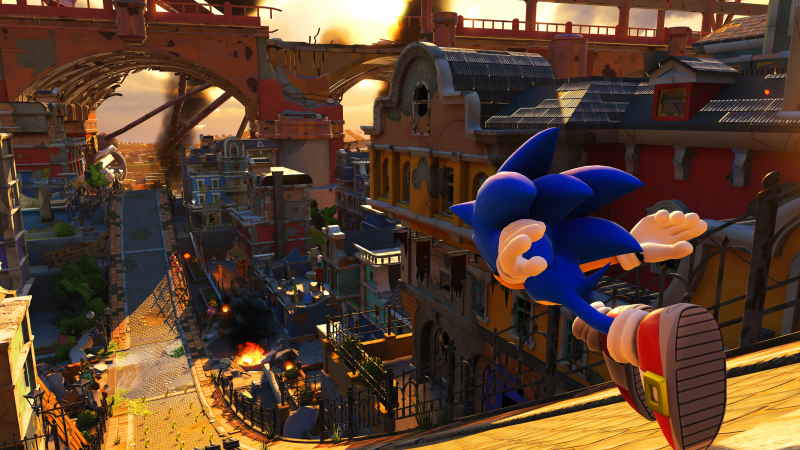 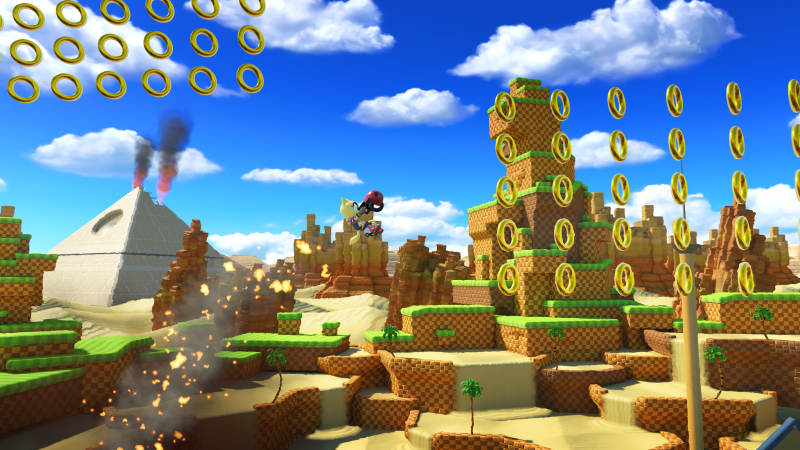 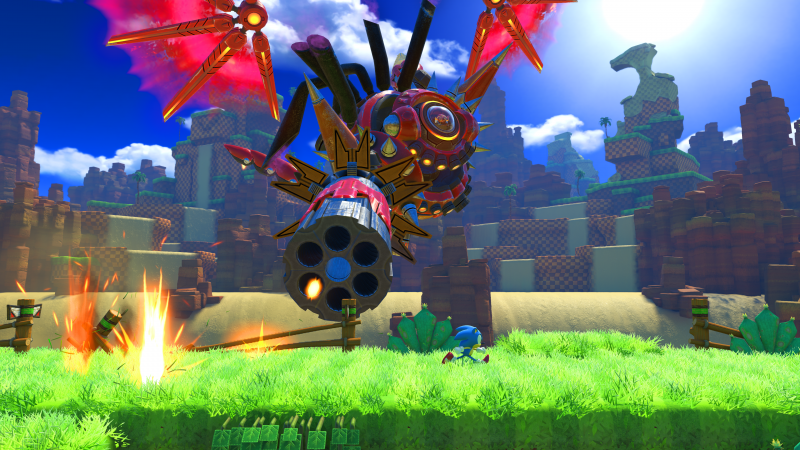 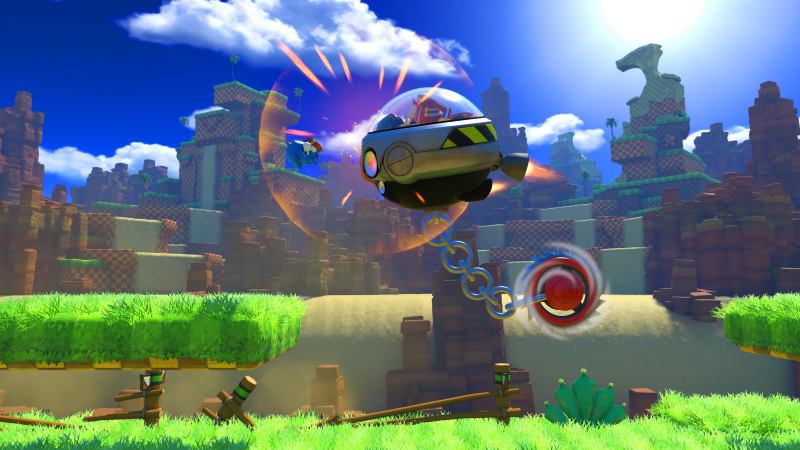