Sonic Drops The Ball Juggling The Second And Third Dimensions
by Tim Turi on Nov 09, 2010 at 11:10 AM
Publisher: Sega
Developer: Sega
Release: 2010
Rating: Everyone
Reviewed on: Wii
Also on: DS Mario blew gamers’ minds when he blasted to space in 2007’s sublime Super Mario Galaxy. Now Sonic is taking his platforming antics to the stars with Sonic Colors, but unlike Nintendo’s plumber, this hedgehog is stuck floating in a gaping void of mediocrity.

This time, Dr. Eggman has built a gigantic galactic theme park he’s using to capture colorful aliens called wisps. It’s up to Sonic and Tails to free these critters while cracking self-aware jokes that poke fun at the series’ absurdity. Sonic Colors sports the wittiest writing I’ve ever heard in a Sonic game, and even the surliest Sega fan will chuckle.

Like Sonic Unleashed, Sonic Colors frequently shifts between 3D and 2D gameplay, but instead of offensively bad combat, this game features the predictable on-rails running we’ve known since Sonic Adventure. While these guided rollercoaster rides show off stunning environments like a park made of sweets or a lush alien planet, their limited control either left me yawning or dead as the action abruptly shifted back into my power. During several fast-paced stretches Sonic is supposed to perform quick sidesteps, but the move is unresponsive and the game never clarifies when you need to maintain momentum by pressing forward on the analog stick.

Sonic’s adventure enjoys some marginal improvement in the 2D sections. Wisp power-ups do well to spice up gameplay variety, but for almost every useful ability there is a complete dud. Transforming into a drill, rocket, or ricocheting laser results in the most enjoyable action I’ve played in a console Sonic game in years, but the wall-clinging buzzsaw and frenzied berserker powers control like you’re holding the nunchuk upside-down. Handling the hedgehog becomes even more frustrating when you combine his floaty physics with precious, life-giving rings that disappear unreasonably fast after getting hit.

Sonic Colors is plagued by uneven difficulty. At its best you’ll be blasting across water and dismantling gigantic starships. At its worst you’ll be repeatedly falling into surprise pits or groaning as a joyous run is halted by a jarring section with moving spring platforms. A two-player mode in which two Sonics share a screen is available, but you don’t want to play that crowded mess.

Sonic Team’s most recent Wii offering is evidence that it’s attempting to claw its way out of a deep grave crammed with disappointing titles. Some diehard Sonic fans with unlimited patience may find enjoyment here, but the rest of us should pick up one of Sonic’s fully 2D titles until they get it right. 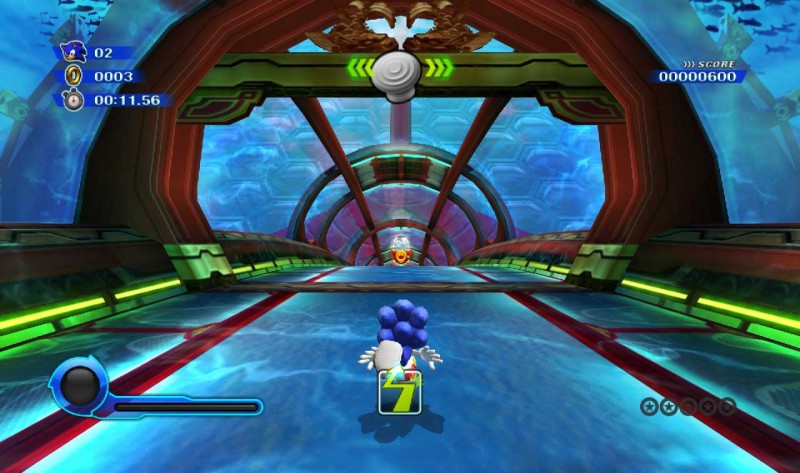 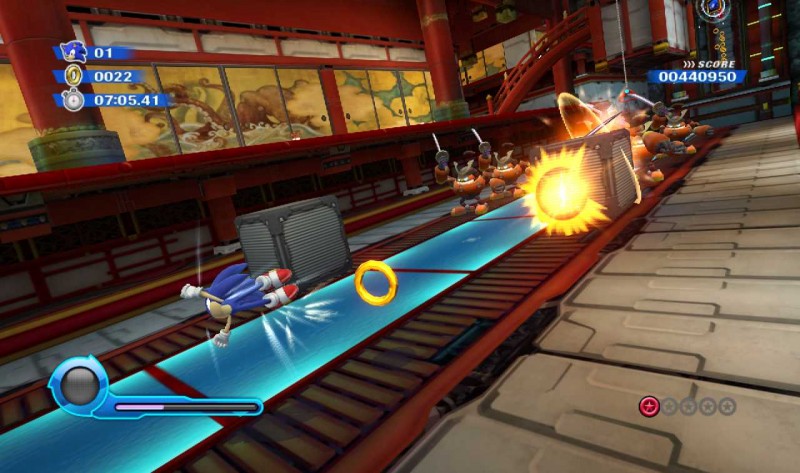 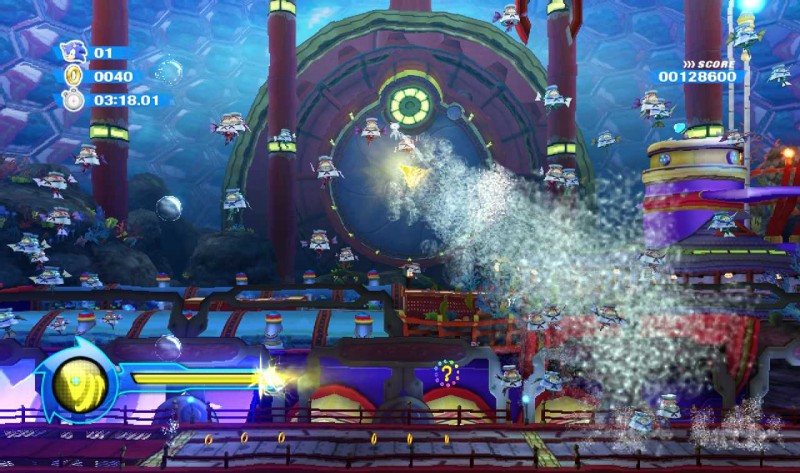 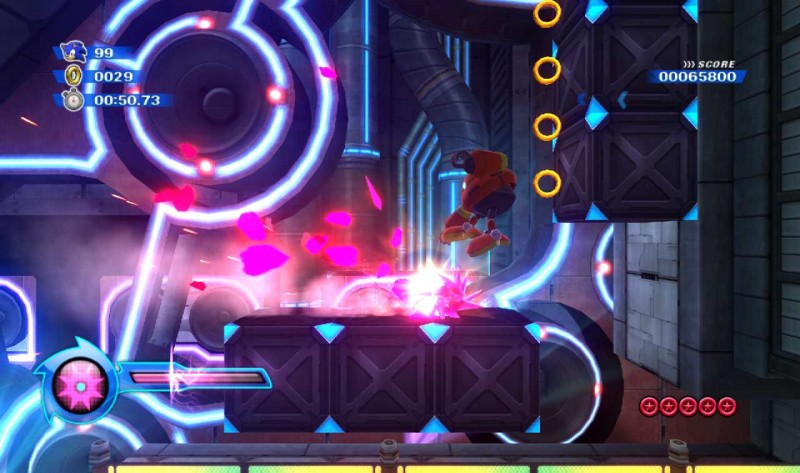 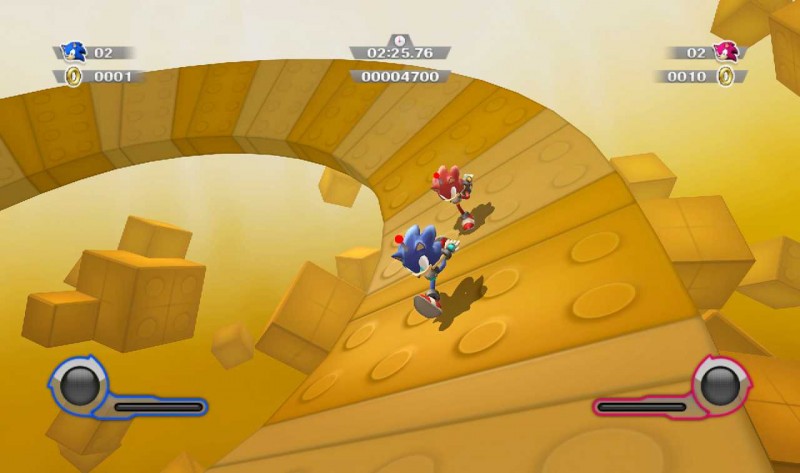 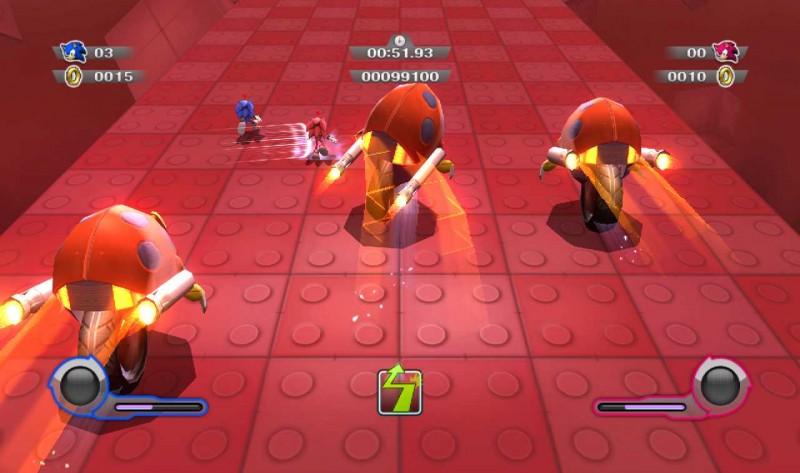 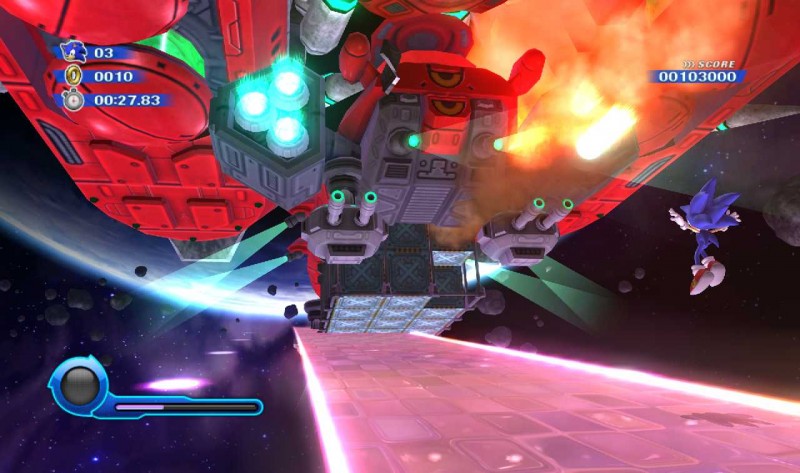 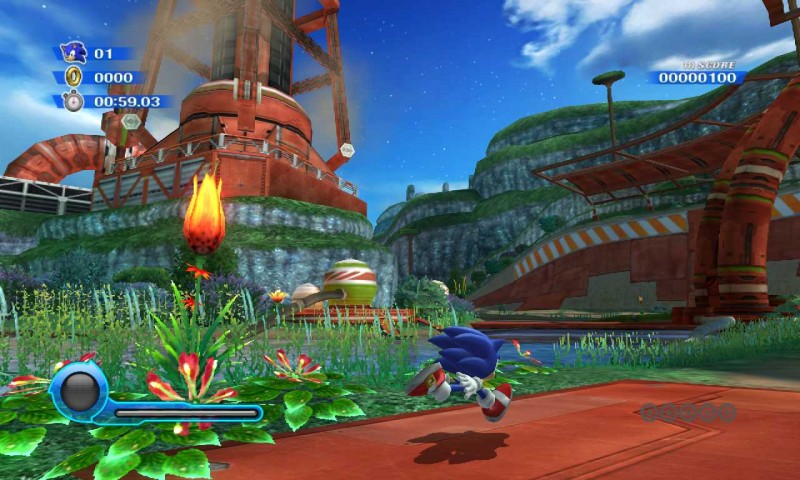 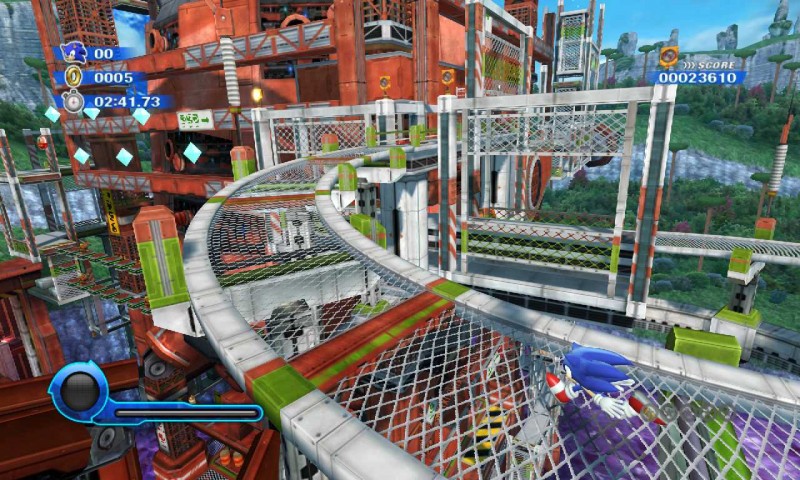 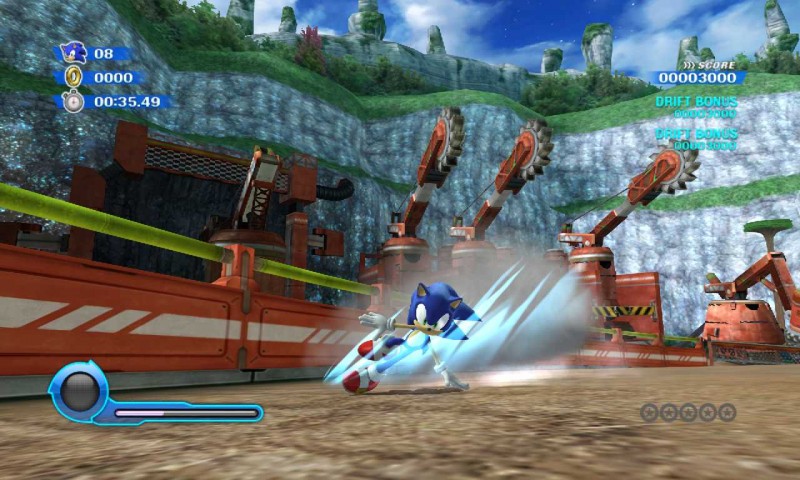 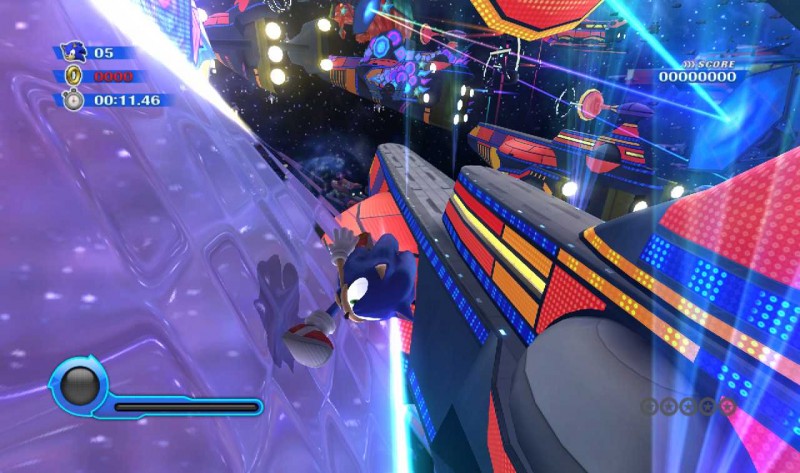 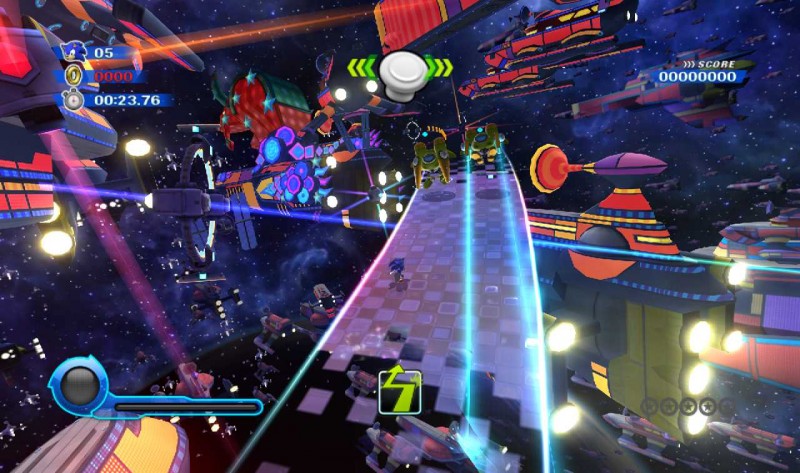 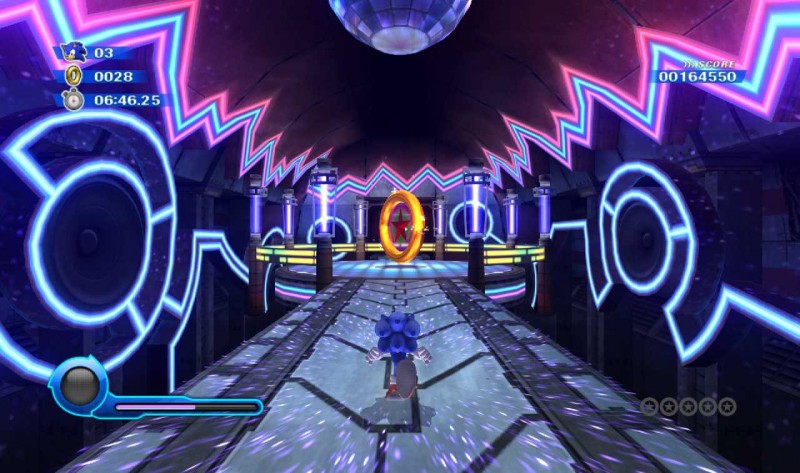 Now Sonic is taking his platforming antics to the
stars with Sonic Colors, but unlike Nintendo’s plumber, this hedgehog is
stuck floating in a gaping void of mediocrity.

Purchase More Info
7
i
Game Informer's Review System
Concept Sonic copies Mario by going into the galaxy and trying on some ability-altering power-ups
Graphics Myriad locations show off some of the most vibrant and beautiful graphics the Wii has to offer
Sound The orchestral tunes sound like good Super Mario Galaxy rip-offs and the voice acting is improved from previous titles
Playability Sonic’s movement is floaty, and not because he’s in space. This becomes troublesome during dangerous platforming sections
Entertainment There are some clever jokes and exciting boss battles, but they’re buried beneath inconsistent difficulty and repetitive level design
Replay Moderately Low