With each new Sonic the Hedgehog game, fans hope Sega can recapture the series' classic magic. The Sonic Boom titles haven't done that so far, but Fire & Ice makes strides toward improving the standing of this spinoff series. This latest installment combines more seamless level design and a bigger emphasis on speed to help Sonic take steps toward redemption.

Just as with traditional 2D Sonic games, you control the blue hedgehog or one of his friends as they rush through stages, collecting rings and destroying robotic baddies. In Fire & Ice, Sonic harnesses the power of the two titular elements to progress; if blocks of water are the only thing between you and some spikes, switching to ice freezes the water to create a safe path while switching to fire melts away any ice blocking your path. It's a simple concept, but the game is at its best when the stages require you to react quickly to switching back and forth between the two elements.

The entire game has been streamlined to focus more on speed than previous Sonic Boom games. Each stage is lined with boosts to get you moving faster as the characters run through loops and corkscrews. I enjoyed seeing Sonic and company fly through levels, but I didn't feel like I was doing much as they zoomed across the long paths. Because of this, the stages can drag when Sonic and friends get locked too much in the autopilot sections, but most of those moments are broken up by platforming and swapping between the fire and ice elements.

Enemies and environmental obstacles are set up to push the pace of the stage rather than impede your progress. Your run through a level isn't brought to a screeching halt because you run into an enemy; they almost help you get through the stage faster as you bounce from baddie to baddie. On the other hand, this approach doesn't leave much room for difficulty, since the chance of enemies taking you out is low. Instead, the challenge lies in completing stages as swiftly as possible or exploring as much as you can.

You're able to swap between the playable characters on the fly, but the stage design rarely requires you to (beyond the initial levels) where you need Tails' laser to blast through barricades or Sticks' boomerang to hit out-of-reach switches. I enjoy being able to play as Sonic for the vast majority of the game, but the underuse of this swapping mechanic undermines the point of giving each character unique abilities in the first place. Regardless of any unique abilities you gain by unlocking a new character, the game almost always boils down to running through the levels with a few optional areas being blocked off by character-specific blockades, which feels shallow.

This is not the case for boss fights, as each encounter has you bring two characters into it with specific sequences that require their abilities. An early boss required me to use Amy's hammer to smash down platforms to give room for Sonic to platform up to hit the boss' weak spot, while another tasked me with using Knuckles' ability to dig to attack the enemy from below. Much like the rest of the game, the boss battles aren't particularly challenging, but the creative attacks make for fun encounters.

The levels feature several alternative paths to explore, but you're able to ignore all of that and just run and jump along the main path. Though the rewards of weapon upgrades, concept art, and local multiplayer stages aren't a motivating factor for me, I always loved scrounging each level to find the hidden challenge room. Each standalone area relies on a single element from the main game with an extra notch of difficulty. One room required me to time my jumps just right across platforms alternating between traversable and deathtrap, while another had me quickly switching between fire and ice as I ran through the area. Though some of the more timing-based sections made me replay them a few times, none of these rooms managed to push me to my limit.

In addition to the main story missions, the hub world holds optional side missions. From Sonic stages where he races against Eggman's robots and blistering 3D on-rails to Tails' vehicle segments, I found most of them worthy of attention. Each one serves as a fun diversion that helps break up the breakneck pacing of the main stages, but I always made sure to never miss the races against Eggman and the 3D stages, as those are the most intense areas of the game. You can also engage in fun multiplayer racing similar to the Eggman races against a local opponent, but these are an afterthought - they are pushed to one unlabeled corner of the map and several of the maps are locked behind collectible requirements.

Sonic Boom: Fire & Ice is a big step in the right direction for the spinoff series. While it still has quirks, it's a fun, easy experience that anyone can play. Though I still vastly prefer the classic Sonic games, Fire & Ice is an enjoyable spinoff title that brings some great elements of those games back into the forefront. 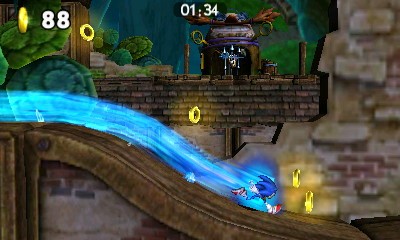 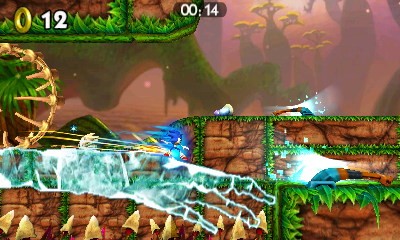 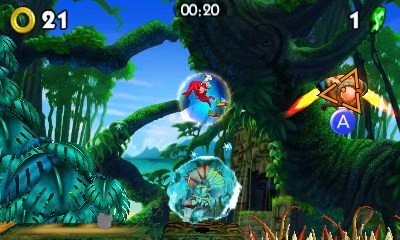 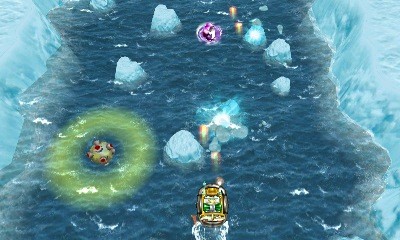 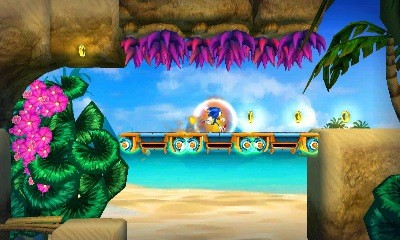 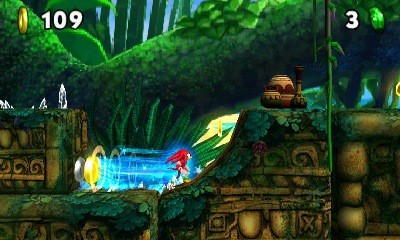 7
About Game Informer's review system
Concept
Refocus the Sonic Boom franchise on the concept that made Sonic the Hedgehog fun in the first place: speed
Graphics
The redesigned Sonic Boom characters are still jarring, but the cutscenes and gameplay do a good job of making you feel like you're in a cartoon
Sound
The music complements the action nicely, but the dialogue between characters can be grating
Playability
The face button layout takes some getting used to, but after a few levels you're able to easily take on any challenge thrown your way
Entertainment
The streamlined level design and improved pacing makes for an enjoyable, if shallow, experience
Replay
Moderate