I weep for the death of space combat games. If this is the kind of attempt at resurrection the once-proud genre is going to receive, though, I’d rather it be left to rest in peace. Sol: Exodus isn’t terrible or broken so much as it is enthusiastically uninspired and criminally limited, but that’s still not a combination I’d recommend to much of anyone.

The handful of scenarios that make up Sol: Exodus’ campaign (the lone game mode present) are a series of escort missions set against a backdrop of forgettable former-military resistance characters fighting moustache-twirling religious zealots for the right to lead humanity from the dying Earth to a new home in the stars. I’m not opposed to a forgettable story taking a back seat in an action-focused game, but unfortunately the combat here is just as bland as the narrative.

The ship you fly through the whole game is your standard sci-fi one-man fighter. Unlike player-piloted craft in similar games, though, your ship here has no meaningful momentum or a binding maximum turning rate. While that may sound good in theory, the practical effect of the way your ship moves is that it removes most of the interesting bits from dogfighting. Because you can simply point your guns wherever you like with very few limitations, there’s no real reason to have to circle around and come at enemies from behind, or use objects to break line of sight, or use any real tactics at all beyond point-and-shoot. I had no idea that it was possible to make mechanics this flatly uninteresting in an action game. Most of the campaign follows a simple formula: From the cockpit of your fighter craft, the safety of your immense capital ship (and often a slew of civilian vessels) is in your hands. You’ll gun down enemy fighters by the dozen, intercept missiles in flight, hack into enemy computer systems, and dump loads of ammunition into heavily armored gunboats and elite fighters, while the titanic capital fights enemies its own size. Sounds good on paper, right?

In reality, the battles have you plodding through a list of targets before a fail condition is met. A single AI wingman is usually the only friendly on your side, and he never once accomplished anything useful in my entire time with the game. Your capital ship tends to hang out in one spot and get shot at by enemy missiles, which it is hilariously defenseless against. Enemy fighters barely target you, and even more rarely hit you. The only way you can manage to get blown up is to either face-check a capital-bound missile or literally sit motionless next to an enemy capital and its turrets. Letting your current protection target go down is another matter entirely.

Because the missions are scripted all the way through, avoiding the loss of a transport, after an enemy bomber spawns in with no warning, is a matter of having played the mission before so you know what’s going to happen – especially since that transport may well have spawned only a few seconds earlier while you were busy dogfighting a dozen fighters on the other side of a space station. Threats to your capital ship appear with a similar lack of warning, so the harder missions are in many cases decided by the blind luck of being in the right (or wrong) place at the right time. By far the dumbest part of Sol: Exodus, though, is the hacking minigame. You don’t defeat enemy capital ships by shooting missiles at them; instead, you wait for the game to spawn a hacking node for you to target. Then you get to wait for a sequence of numbers and letters to appear on your UI, which you then have to select from a list of similar strings. The timing is tight enough that you can’t really fight while you’re watching the hacking interface, and failing a hack is often enough to lose a mission since you have to fend off swarms of enemies from your escort targets for another minute or more while waiting for a new hacking node to spawn. Staring at randomly generated letters and numbers isn’t exactly what I’m looking out of my heroic space combat fantasy.

Should you fail a mission, you can restart it. With no way to skip the interminable dialogue and no checkpoints, though, reloading often result in 10 to 20 minutes of even more intense boredom as you work back to wherever you lost.

A few of the later missions make slight improvements from the poor baseline the game establishes early on, but even Sol: Exodus’ best scenarios never overcome the limitations of its mind-numbing mechanics. There's some amusement inherent in making bad guys go boom, but this $10 title never moves beyond that basic level of competency. I didn’t expect this little indie game to replace Starlancer or TIE Fighter in my heart, but I’m disappointed that it struggled to strike a single chord with my cherished memories of those classics. 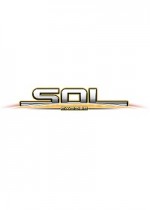 Sol: Exodus isn’t terrible or broken so much as it is enthusiastically uninspired and criminally limited.

Purchase More Info
6
i
Game Informer's Review System
Concept Fly around space in a one-man fighter, blowing up other fighters and the occasional missile or gunboat
Graphics Those sure are spaceships. For a game about the final space war that decides humanity’s ultimate fate, there’s a marked lack of spectacle
Sound Three minutes of wannabe Battlestar Galactica battle music looped over and over until the heat death of the universe
Playability Your ship’s super-simple ability set and complete lack of momentum or other physics modeling turns this space combat into an elaborate point-and-click snoozefest
Entertainment Go load up any title from the golden age of space shoot-em-ups rather than bother with this
Replay Low