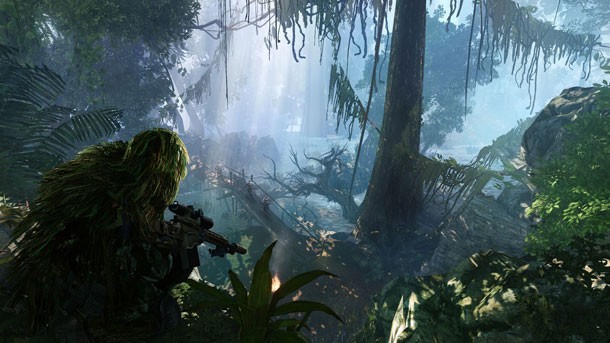 Sniping is one of the most empowering and satisfying acts you can perform in a video game when it’s done well. Dialing in a tricky shot from hundreds of yards away and watching your enemy ragdoll rarely gets old. Sniper: Ghost Warrior 2 attempts to stretch those memorable moments into a full game, but its mission results in failure.

Ghost Warrior 2 is derivative of every sniping mission you’ve ever played. Specifically, the excellent Chernobyl mission in Call of Duty: Modern Warfare. You sneak past huge patrols of soldiers in a conflicted European country, take aim on an enemy VIP from a bombed-out apartment complex, and even shoot down a chopper. Those moments, along with an uninspired trek through China, are part of a bloated campaign that lacks originality. City Interactive further insults its source material with mindless military jargon-filled dialogue and one of the worst Russian accents I’ve ever heard.

Military shooters have been criticized for their linear design in the past, but Ghost Warrior 2 takes it to a new level. Players are constantly told where to walk, who to kill, and when to hide. With so much hand-holding, I was surprised one of my follow-the-leader NPC buddies didn’t just take my rifle and do the shooting for me. Nearly every target is indicated for you, designating the order of your kills in a boring shoot-by-numbers design. Don’t look here for anything resembling an intense sniper duel. Most of your targets – even “skilled” enemy marksmen – stand around like mannequins. 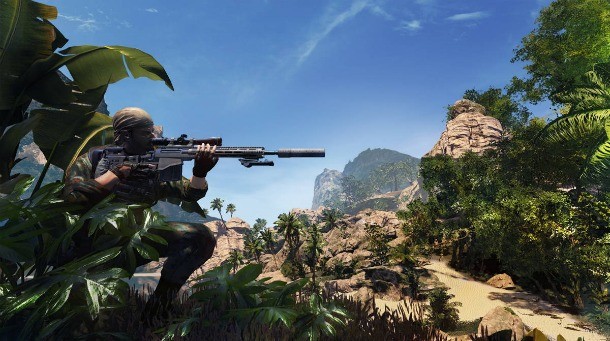 Killing these lifeless dummies isn’t as simple as lining up your crosshairs. Ghost Warrior 2 tries to be hardcore by accounting for variables like elevation and wind, which means you spend several beats waiting for a secondary reticle to appear in your sights. This true reticle allows you to pull off dramatic, slow-motion bullet-cam kills. Pulling the trigger and watching your perfectly lined-up shot travel from your barrel to an enemy’s head (or groin) is consistently satisfying. But having played Rebellion’s Sniper Elite V2, it’s hard not to miss the lack of brutal x-ray kill cams.

If the monotonous campaign bums you out, don’t turn to multiplayer for redemption. The online offering is embarrassingly sparse. The only mode available is team deathmatch on a whopping two maps. These maps are functionally identical – two multi-leveled bases separated by a huge chasm with a single narrow bridge connecting them. Lining up shots on player-controlled characters is tricky due to their jittery animations, and the unresponsive controls exacerbate the issue. I was robbed of several lined-up shots because pulling the trigger simply didn’t do anything. Switching to your pistol is also painfully slow, leading to frustrating close-quarters deaths.

Sniper: Ghost Warrior 2 feels like a bad parody of military shooters, but with poorly textured environments and sub-par mechanics. I like being the lone-wolf sniper as much as the next shooter fan, but City Interactive fumbles the power-trip from start to finish. 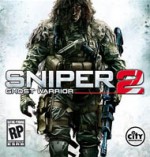 City Interactive borrows heavily from the tropes of great shooters, but fails to retain the fun.

Purchase More Info
5
i
Game Informer's Review System
Concept Boil down the intense act of sniping into a below average, by-the-numbers affair
Graphics Muddy textures, an inconsistent framerate, and bad water effects distract from the action
Sound Get ready to listen to a too-cool-for-school sniper spewing out phoned-in military lingo
Playability Waiting for a secondary reticle to compensate for wind and elevation is annoying. Stealth segments suffer from line-of-sight inconsistencies
Entertainment This game saps the fun out of being a top-tier sniper with its tedious mission structure
Replay Low