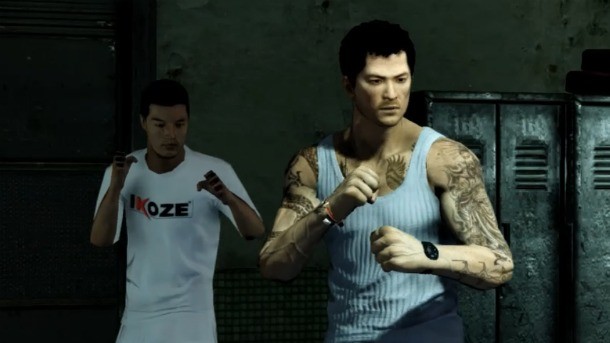 Saved from the brink of cancellation by Square Enix, the former True Crime: Hong Kong has been reborn and repackaged as Sleeping Dogs. Putting players in the shoes of undercover cop Wei Shen, the game tasks players with infiltrating Hong Kong’s expansive Triad criminal organization. The experience is worth playing, but the buggy gameplay makes former publisher Activision’s lack of faith in the title understandable.

On the surface, Sleeping Dogs is organized in a manner similar to Grand Theft Auto’s tried-and-tested formula. Wei is free to explore the city at his leisure, performing side quests or story missions whenever he chooses. While the story itself doesn’t offer much in the way of creative mission objectives, a healthy assortment of distractions are available. Wei can arrange drug busts via security cameras, participate in fight clubs and street races, find hidden statues that unlock new melee moves at the dojo, and pray at shrines to increase your maximum health.

Most activities take you down a unique progression ladder. Performing police-oriented duties like drug busts unlocks new gunplay abilities. Staying undercover and performing tasks for the gang levels up your Triad ladder, which grants you new melee skills. Helping the citizens of Hong Kong raises your Face level, which allows you to purchase fancier cars and clothing. Fans of GTA’s hidden packages can keep an eye out for dozens of hidden lock boxes throughout the city. They reward you with tons of cash, but there isn’t much to spend it on outside of cars, clothes, and food that grants temporary stat boosts.

Fans of Rocksteady’s Batman games should enjoy Sleeping Dogs’ fighting system, as it features Wei countering and attacking like he was the Caped Crusader himself. Sleeping Dogs features satisfying (albeit familiar) encounters, and you learn several painful-looking moves throughout the game. You can also pull off brutal environmental attacks. My personal favorite was body-slamming a baddie into a wooden pallet of swordfish heads, impaling him with their sharp noses.

Taking on Hong Kong’s underworld with your fists and feet is great, but the gunplay is cookie-cutter by comparison. Shootouts only become frequent later in the game, and their generic nature made me want to charge out from behind cover and deliver a few jump kicks instead of shooting bullets.

When everything works correctly, Sleeping Dogs is fun. Combat is rewarding, the leveling system stands out from the open-world pack, and driving feels natural (not to mention fun, considering the ram ability that every car possesses). Unfortunately, I encountered several bugs and other issues. During a mission that featured me being driven around, a vehicle blocked the road and I couldn’t proceed. While learning a new melee move at the dojo, the game forced me to quit the mission because it didn’t recognize that I was performing it correctly. I had to restart one mission multiple times because the non-player character I was supposed to follow wouldn’t spawn (although I could hear his voice). On top of bugs like these that forced checkpoint restarts, I also experienced minor annoyances like a lack of transitional animations during combat and lines of dialogue that abruptly cut off.

Sleeping Dogs has enough entertainment value to justify Square Enix’s decision to save it from cancellation, but it also displays a lack of polish that makes its troubled development evident. For fans of open world games, it comes at a good time. Gamers who purchased Saints Row: The Third most likely finished it months ago, and we still don’t have a confirmed release window for Grand Theft Auto V. If you’re looking to explore the criminal underbelly of a city and get in some trouble, you could do worse than Sleeping Dogs while you wait for Rockstar’s top dog. 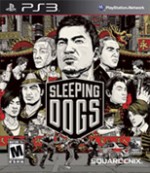 If you’re looking to explore the criminal underbelly of a city and get yourself in some trouble, you could do worse than Sleeping Dogs while waiting for Grand Theft Auto V.

7.75
i
Game Informer's Review System
Concept Take players on a crime-filled tour of Hong Kong
Graphics Decent visuals during gameplay, but cutscenes display stiff facial animations
Sound A fantastic and fitting soundtrack accompanies your drives around the city
Playability Hand-to-hand combat feels good, but gunplay leaves something to be desired
Entertainment Fans of open-world games should find enough to like about Wei’s undercover assignment
Replay Moderate