When an Activision game is successful, a sequel is likely to follow in the next year. Activision transformed Call of Duty into a multimillion selling annual event, but exploited the Guitar Hero and Tony Hawk series until they reached bargain bin status. Skylanders appears to be the publisher’s next perennial cash cow.

Hitting store shelves just a year after the release of Skylanders: Spyro’s Adventure, Skylanders Giants follows its predecessor’s blueprint. As such, the Skylands are once again filled with block-moving puzzles, collectible hats, pushable turtles, breakable crates filled with gems, an annoying green creature that lives inside of locks, doors requiring multiple keys, character tokens that unlock videos of purchasable figurines, element-specific secret zones, and boss fights against shadow versions of many of the popular Skylanders characters. Since Spyro’s Adventure covered the gamut of standard world types – be it fire, snow, or haunted village – most of Giants’ level designs retread these themes. It’s the same song and dance.

And that’s okay. If this were the fourth or fifth entry in the series, its charm may have worn off, but I had a blast playing this game even if it is painfully familiar most of the time.

The biggest difference between the two entries is the addition of new Giant characters. These lumbering titans stand in at roughly twice the height of standard Skylanders, and can be summoned to lift boulders, smash through weak floorboards, run through walls, and pull gigantic chains. On the battlefield, they punch harder and move a little slower, but fit right in with the other Skylanders’ assortment of short-and long-range attack strategies.

When it comes to world exploration, the Giants are a little too slow, and are tight squeezes on narrow paths. As I looked for secrets, I would switch these sloths out for the faster dragon characters, but used them as much as I could in large-scale conflicts or against approaching swarms. The Giants are particularly useful in the new Arena challenges, which pit one Skylander against numerous waves of foes. Think of the Giants as a ninth class, joining the likes of Earth, Fire, and Undead. Although each Giant is aligned to one of those specific traits, only the fact that they are Giants matters in determining which areas they can enter. You won’t need a Water Giant or a Tech Giant at any specific point; one Giant (like Tree Rex, who is packaged with the game) is enough to uncover all of the hidden areas.

All 32 previously released Skylanders figurines work with this sequel, and can attain five additional levels to reach the new cap of 15. These levels pass slowly, allowing players to keep their favorite characters in play for a majority of the time. New difficulty settings up the challenge for seasoned players, but even Hard is a little easy. You unlock the most difficult setting, Nightmare, after completing the game.

Two unexpected joys came from Giants. One: The story. I didn’t much care for the cinematics in Spyro’s Adventure, but laughed frequently at the nicely penned humor in Giants. Most of the jokes are tied to Lord Kaos, his bid for power, and his loveable butler Glumshanks. My second unexpected joy was a new collectible card game. In most of the levels, you obtain new cards by purchasing them from vendors or beating rival card players in matches. I always like it when games put a collectible item like these cards to good use.

Although Skylanders characters are rarely asked to leave their feet, these games remind me of the great Insomniac Games and Naughty Dog platformers from the PlayStation 1 and 2 eras. I wouldn’t necessarily categorize them as collect-a-thons, but the hunt for hidden loot is one of this series’ strongest elements, not to mention the thrill of racing through levels to hit a par time. Although Skylanders’ gameplay more closely matches the hack n’ slash genre, the spirit of the long-lost platformer is alive and well here.

Pending a retail disaster this year, I suspect another Skylanders sequel is already in development and slated for release next holiday. Giants makes a good case for the fun and collectibility of this series, but also raises the warning flag for franchise fatigue. 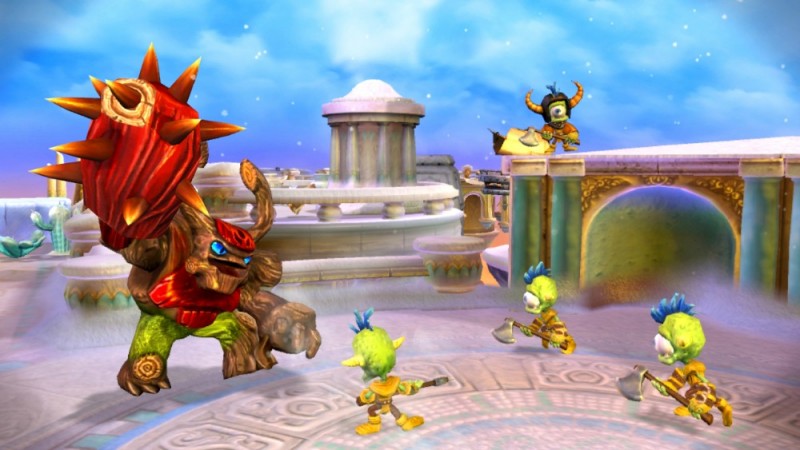 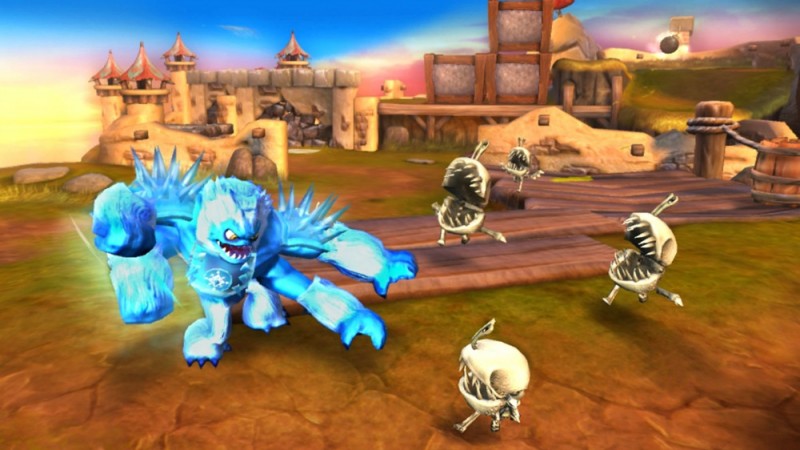 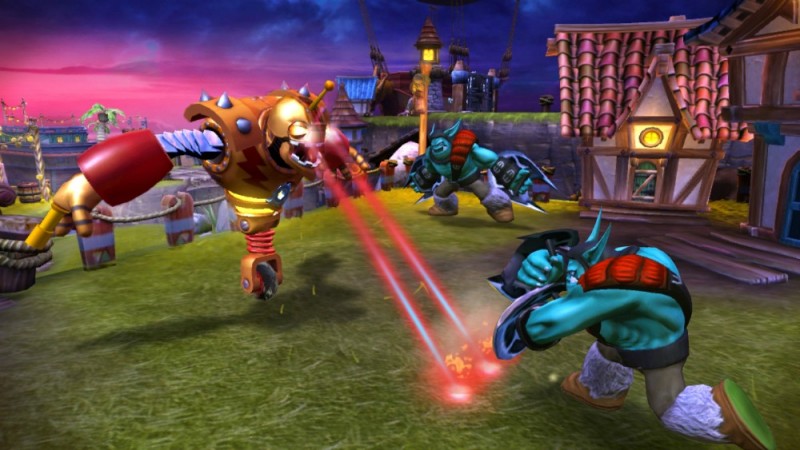 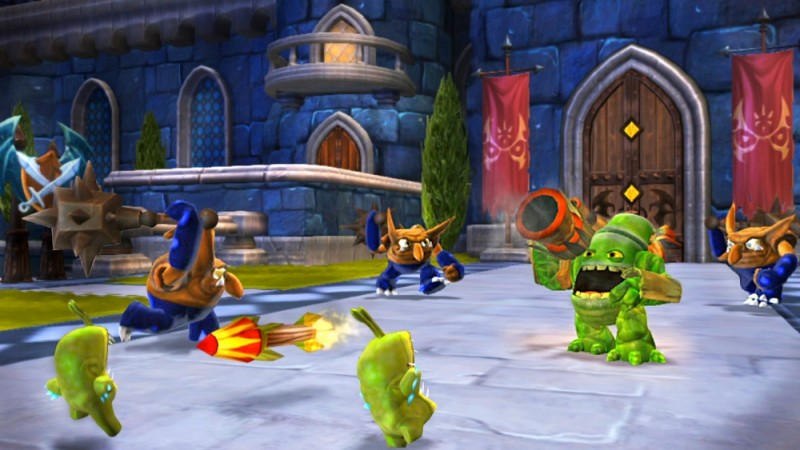 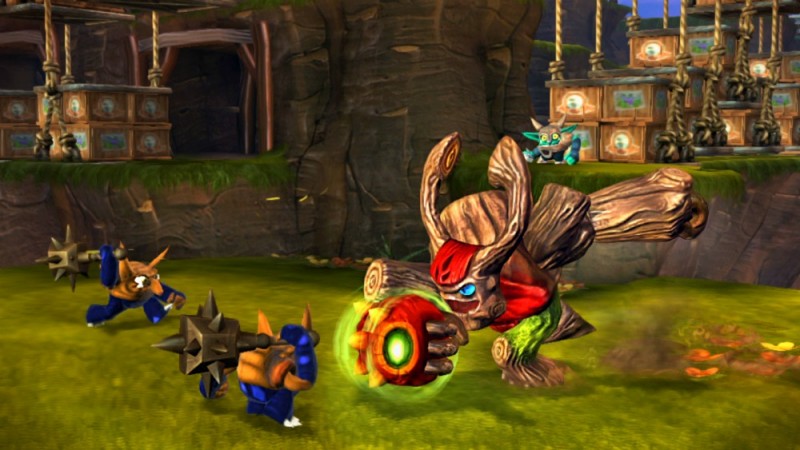 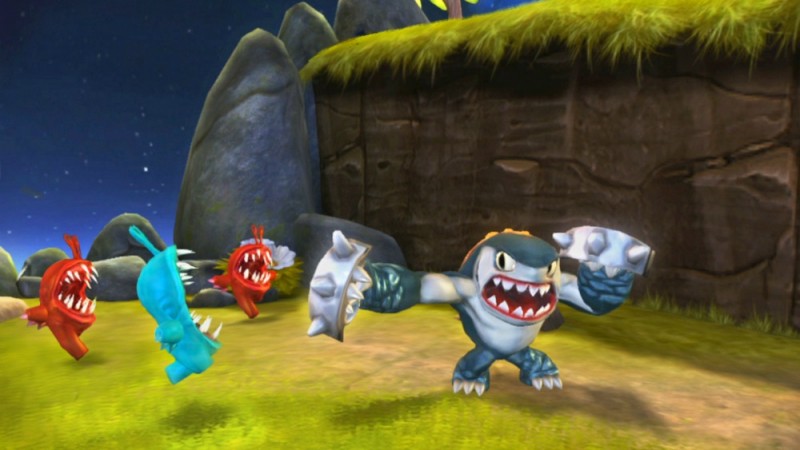 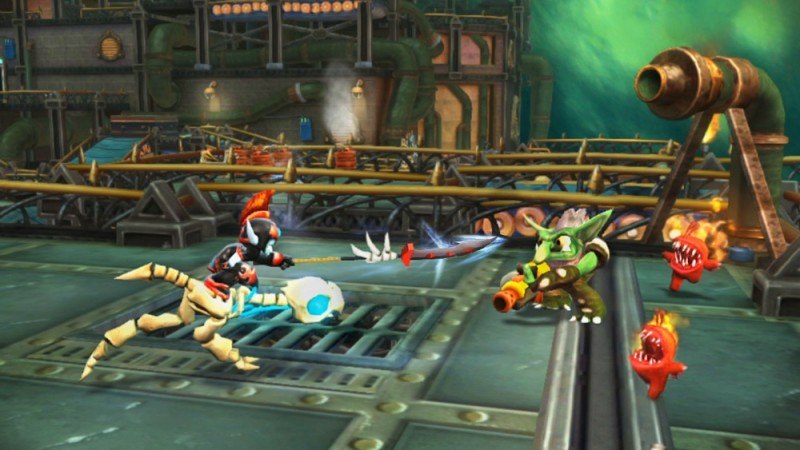 8
About Game Informer's review system
Concept
A direct sequel that adds larger characters but recycles most of the gameplay concepts
Graphics
Outside of the creative character designs, not much catches the eye. In-game cutscene animations are once again lacking, and the worlds don’t offer many noteworthy sights
Sound
A catchy score accompanies the action. Most of the voicework is fantastic
Playability
The gameplay is practically identical to the first game, but is nicely polished and balanced for the multitude of characters
Entertainment
A repeat performance that is heightened by a strong story and fun new Giant characters
Replay
Moderately High