Silent Hill has changed dramatically since its original release on the PlayStation in 1999. Despite the series’ steady shift towards action, players have always scavenged for medkits, keys, and more powerful weapons during their escape from the town. Those basic elements are in place with Book of Memories, but instead of true horror, developer WayForward has made a hack n’ slash dungeon crawler so punishing it’s scary. The result is a frustrating, repetitive limbo filled with cheap deaths and awkward combat.

The premise starts out pleasantly simple: Wander sprawling dungeons from an overhead perspective, kill enemies for experience, and collect puzzle pieces to unlock the next level. The formula works at first, but stagnation sets in about one-fourth of the way in. The combat system is rough to begin with, and its flaws are exaggerated as the grind continues. A proximity-based lock-on system lets you bash the nearest demonic nurse or straight-jacketed meat mannequin with ease, but cycling between foes is sloppy.

Every weapon feels cumbersome, from assault rifles to Pyramid Head’s tremendous blade. You may land a few good blows, but it’s never long before an enemy knocks you down due to a dodge mechanic that feels like your character’s shoelaces are tied together. Melee weapons degrade faster than anything I’ve seen in a game of this type. You must constantly hunt down repair tools in order to prevent your favorite, hard-won weapon from shattering in your hands.

The twisted creatures of Silent Hill aren’t the only things out to get you. Each dungeon is littered with invisible traps. The more benign varieties chomp off a chunk of life with hidden spikes, or slow your character to a crawl while enemies beat on you. The worse offender is the unforgivable poison trap, which reduces your life to zero for an agonizing handful of seconds. When you stumble over one, you’re usually swarmed by enemies and sent back to the beginning of the level after a quick death. You retain your earned experience, but you have to collect your puzzle pieces and keys all over again.

Keeping your experience after death isn’t even much of a benefit thanks to the humdrum progression system. You allocate points earned from leveling up into stats like strength, intelligence, and so forth. Because the game is constantly screwing you over, improving your health is mandatory, limiting experimentation with other stats. A confusing light/dark karma system (red demons bleed white, and vice versa) is used with special abilities that allow you to push foes away, siphon health, or change the karma that enemies’ shed. None of these abilities are helpful enough to justify trying one in a crowded room. This game is about mindlessly swinging your weapon and burning through medkits, though it tries to fool you into believing there’s more to it.

Bringing along three other players for online co-op doesn’t salvage the experience. Every character has geometry that gets snagged, turning an already-crowded room into a complete mess. Even worse, you are occasionally tasked with escorting a puppy to the exit (a reference to Silent Hill 2’s bizarre alternate ending), and the canine loves blocking doorways as you and your teammates attempt to flee certain death. Nothing is in place to stop greedy “allies” from sprinting ahead and pilfering every item in the level, leaving you empty handed. You can mitigate some of the headache by seeking out a save room hidden somewhere in the dungeon, which acts as a checkpoint if you die. I ended up skipping every room in a new level until I located the save room first – a tedious but necessary task in order to survive this wretched game.

Silent Hill: Book of Memories devolves from a mediocre dungeon crawler into a frustrating grind over the course of too many hours. WayForward’s attempt to do something different with the Silent Hill universe is novel, but the clunky combat and imbalanced difficulty make this impossible to recommend. 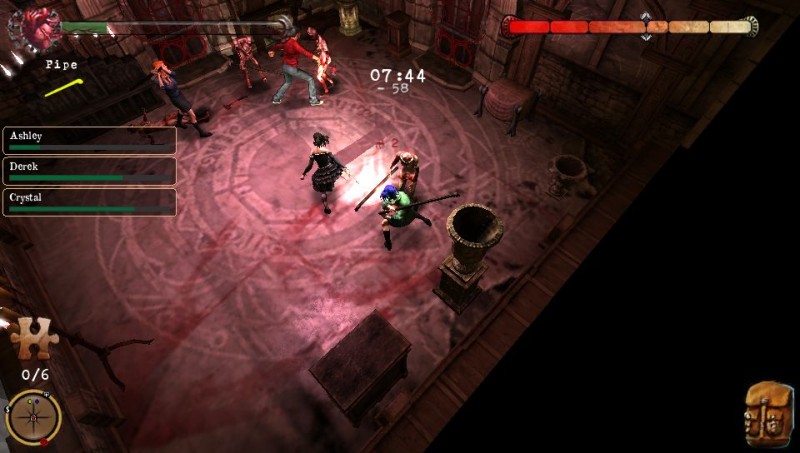 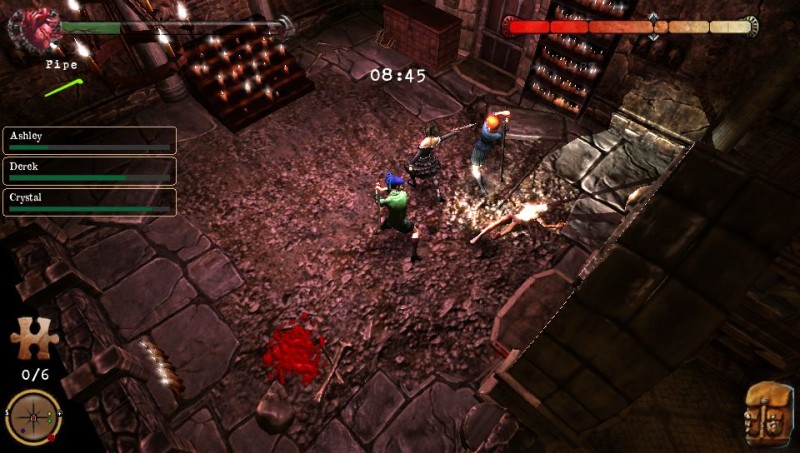 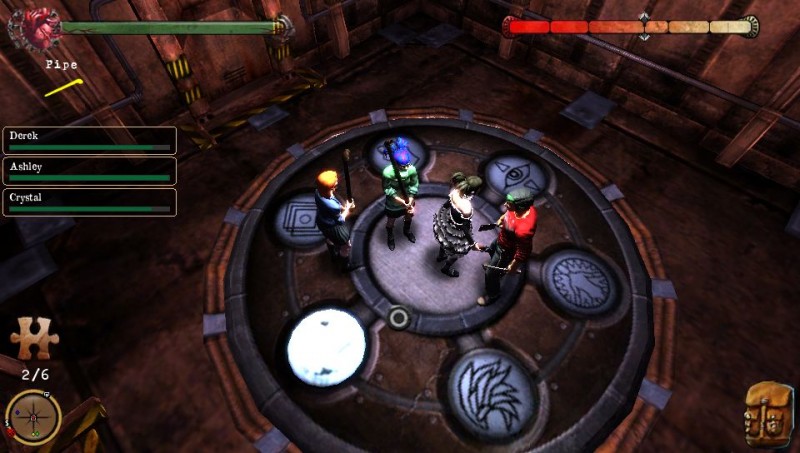 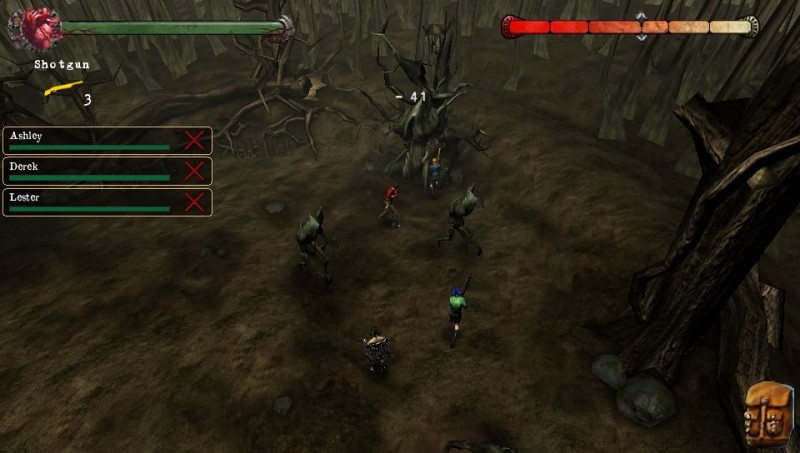 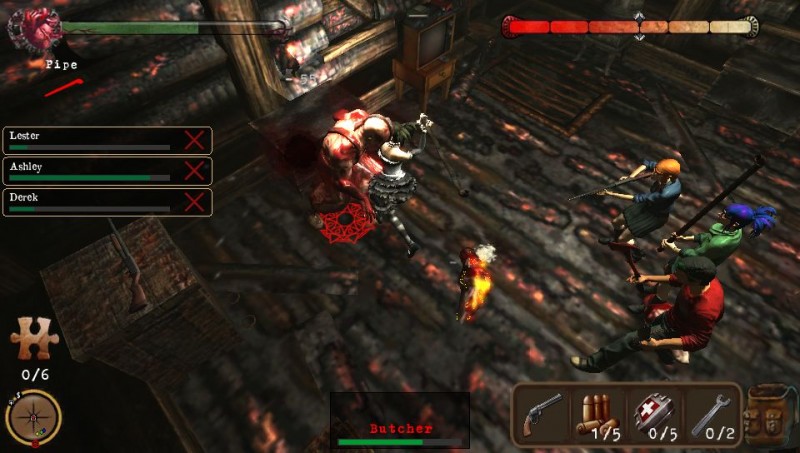 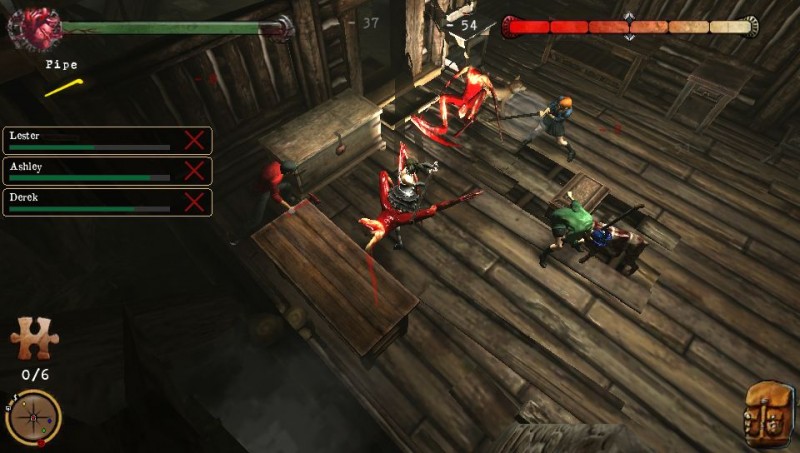 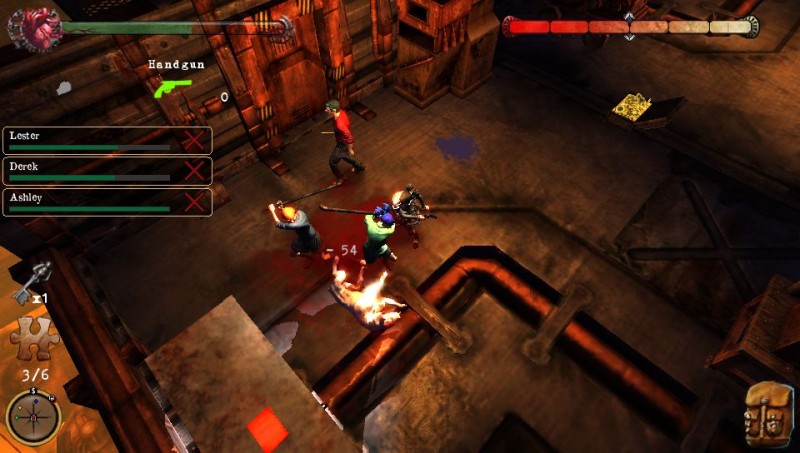 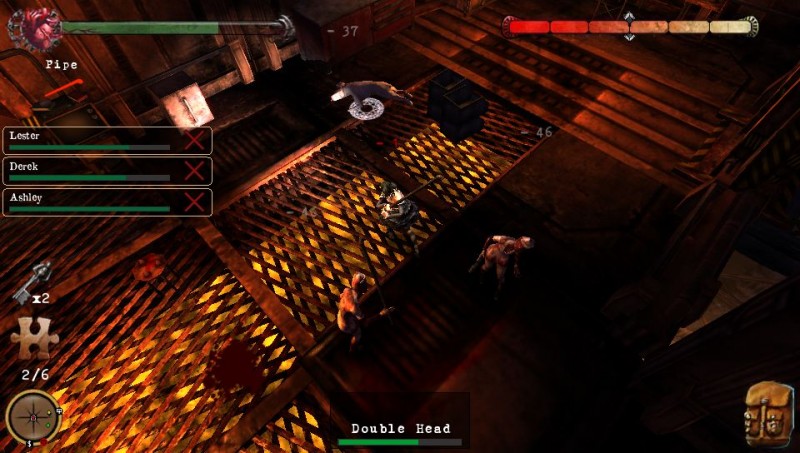 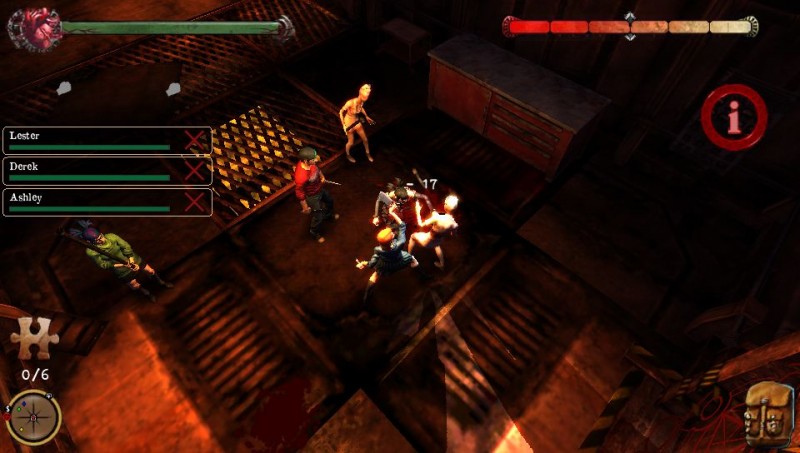 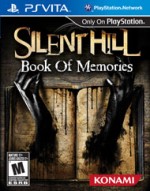 WayForward attempts to make a horror-themed hack 'n' slash so tough it's scary, but falls flat on its face.

Purchase More Info
5
i
Game Informer's Review System
Concept Shove all the monsters, weapons, and trappings of a Silent Hill game into a subpar hack n’ slash with poorly implemented roguelike elements
Graphics Impressive for a handheld. The bizarre meat monsters have an otherworldly Saran-wrapped gloss, but the camera is too zoomed-out to enjoy the details
Sound If I have to hear my character scream after being knocked down again I’m breaking my Vita in two
Playability Overall mechanics are easy to learn, but are too clunky to master. Cheap instant deaths make short work of even high-level characters
Entertainment Even hardcore Silent Hill fans will have trouble finding redeeming qualities as the game steadily becomes more of a grind
Replay Low