Nearly every aspect of our lives is built on thousands of years of human ingenuity. Even mundane modern technologies like toasters are only possible thanks to generations of invention. This reality is incredibly apparent while playing Civilization VI, a game built on top of its own ingenuous legacy. Civilization VI is a Swiss watch of complexity. Every element of Firaxis' newest strategy simulation has been refined to a razor's edge. This complexity might act as a barrier to entry for newcomers, but it also results in one of the most rewarding 4X experiences to date.

From the old-timey map aesthetic to a new civics tree that lets you research governmental policies to its new city districts, nearly every aspect of Civilization VI feels new and fresh. It still feels like a Civilization game, but it has enough features that even series fans might find themselves consulting the built-in Civilopedia. Thankfully, every new element is a welcome change, and these features only enriched my appreciation for the series as a whole.

One of the biggest changes in Civilization VI is how your cities sprawl across the globe, creating massive urban jungles. Districts and wonders now take up whole tiles on the board, so your cities become more visually interesting and are almost as fun to plan and design as the municipalities in dedicated city builders. Each tile provides its own benefits and resources, which allows for complex strategies. For example, the Big Ben wonder has to be built next to a river and must be adjacent to a commercial hub, but that location in my city of London was also an ideal spot for a theater district, which provides much-needed amenities to keep my citizens happy and the population on the rise. Those were just two choices out of dozens, and as your Civilization expands you have to continually weigh the pros and cons of every new undertaking. Even late in the game, I was still unlocking new districts, which provided new ways to improve my nation. City building never feels like a chore, and manages to remain consistently exciting during every era of the game.

Since Civilization VI's tiles are randomized, and the benefits of some resources aren’t felt until the Renaissance or Atomic ages, you have to become an urban city planner who can plot out the development of a metropolis across thousands of years. Unfortunately, this kind of foresight is rare on your first playthrough. I foolishly razed a rainforest to build a coliseum, but those trees would've given my scientific research a substantial boost if I had waited and built a campus nearby instead. Thankfully, you never work yourself into a corner in Civilization VI; different buildings, wonders, and technologies give you different boosts to your scientific endeavors, religious fervor, or artistic merits, so you always feel like you’re trying to pick the best of several beneficial urban projects. I loved the freedom of being able to design my cities however I wanted as I pursued victory by a number of equally viable paths.

As usual, you have several paths to victory in Civilization VI. You can focus on scientific advancement as you work towards building a colony on Mars, take a cultural victory by attracting more tourists to your nation than any other, become a pious nation that converts the world to your religion, or choose the classic domination victory and crush every other society under your heel. However, a competent playthrough of Civilization VI requires some balanced tactics, and you have to dip your fingers in almost every pie. For a time, I was so focused on a scientific victory that I neglected my army, and Theodore Roosevelt steamrolled two cities before I put his warmongering to an end by inventing gunpowder and introducing Teddy to England's redcoat army.

Whether you're waging wars or signing peace treaties, Civilization VI is incredibly well-paced. The addictive, "just one more round," nature of Civilization has been amplified thanks to Eureka moments – a series of miniature missions that tie into the tech and civics trees. Each new technology and civic has an associated task, and once completed, the development time for the associated research item is cut in half. I hadn't even been using spearman, but when I saw that killing a few enemy units with spearmen would boost my military tactics technology and allow me to build more powerful Berserker units, I put a spear through the nearest barbarian camp. The technology and civics trees also sometimes feed into each other. I rushed to build the feudalism civic so I could get a boost to my stirrup technology, allowing me to train knights. Thanks to these Eureka moments, I always found something exciting to strive after each round, and never felt the urge to spam the end turn button in order to get to the end of the game.

Civilization VI is so deep that it also includes dozens of other little improvements. For example, each civilization leader has their own revealed and hidden agendas, which influence your diplomatic negotiations. Workers have been replaced with a builder class, which has a limited number of uses, but completes upgrades to your cities instantly. Roads are now built automatically as soon as you establish a trade route. These are just a few of the dozens of minor tweaks to what was already an incredibly strong formula. Firaxis' newest entry in the Civilization series isn't a game changer, because the game was already great. However, Civilization VI could easily be the pinnacle of the series. 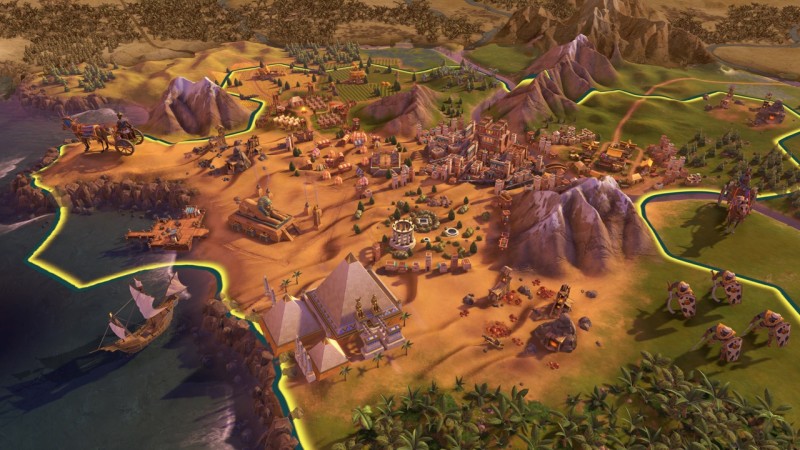 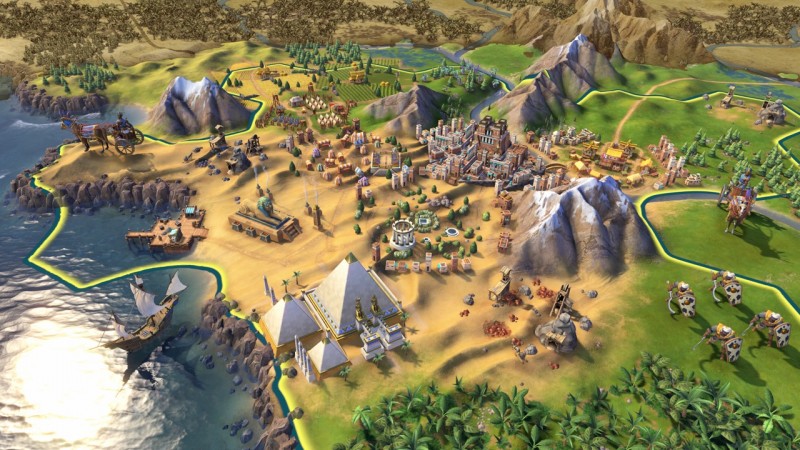 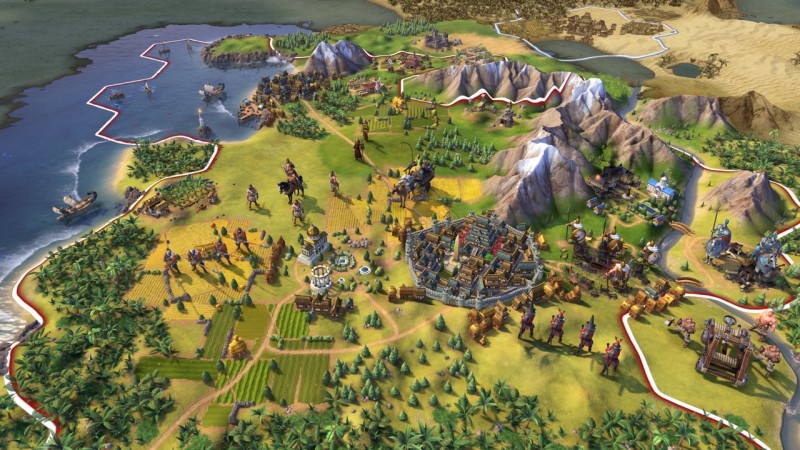 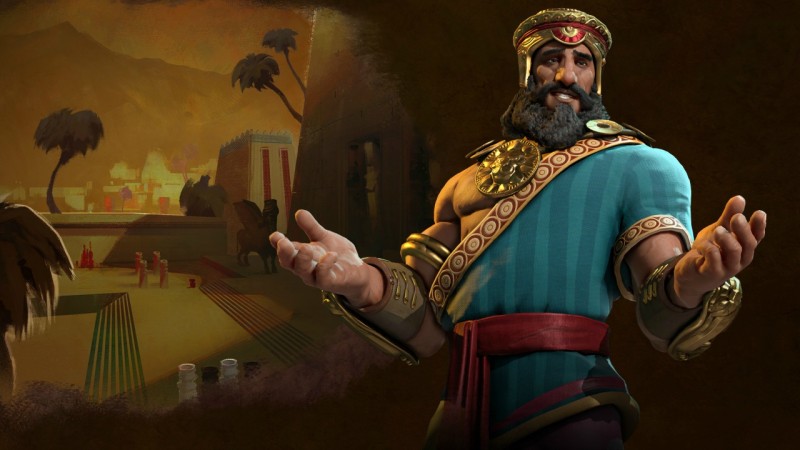 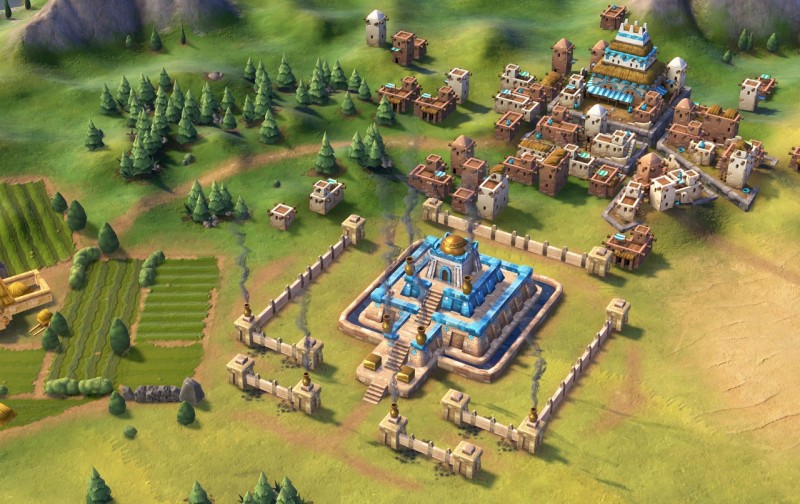 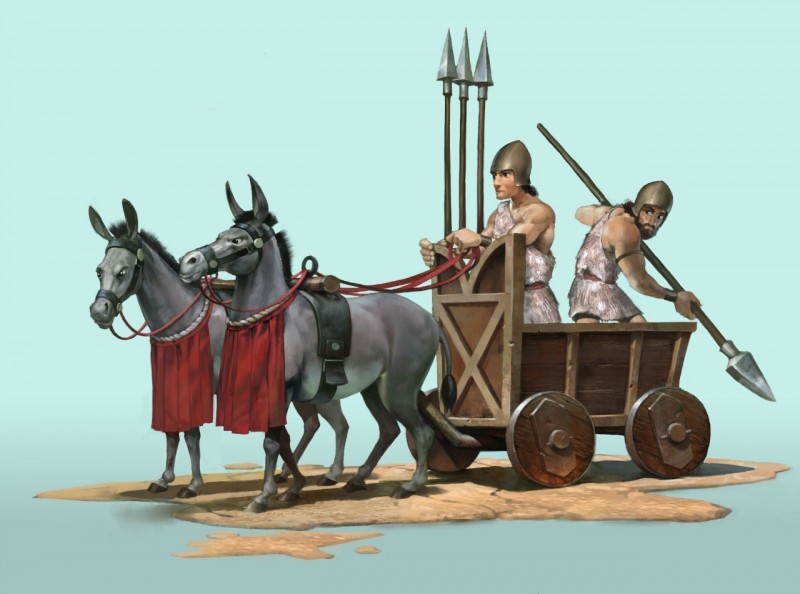 9.5
About Game Informer's review system
Concept
Start with a scrappy band of explorers and grow into the mightiest nation in the world
Graphics
This entry moves away from the more realistic tone of Civilization V and towards a more exaggerated design, but I love the old-world map aesthetic
Sound
Sean Bean does a killer job narrating your every achievement, but the music is a far cry from the glory of previous entries
Playability
The strategies around building your empire are nearly limitless, but with so many moving parts, Civilization VI presents a steep learning curve for newcomers
Entertainment
Civilization remains as addictive as ever. As soon as you start building your empire, say goodbye to your weekend
Replay
High