According to Yacht Club’s successful Kickstarter, at least 14,749 people are interested in the developer’s homage to classic, side-scrolling NES action. The game raised $311,502, shattering its $75,000 goal. The game features music, aesthetics, and gameplay that are specifically reminiscent of Capcom’s 8-bit titles – something near and dear to my heart. I played an early PC version of a medieval castle level to see first-hand if the promising project is worth getting excited for.

Shovel Knight plays like a rock-solid hybrid of Capcom’s Duck Tales and Mega Man games (I used a wired 360 controller). Like Scrooge McDuck, you can make the hero pogo off enemies’ heads using the shovel. You can also time a swing of the shovel to deflect foes’ projectiles back at them. The game plays smooth and fast, with no apparent slow down or glitches. The only oddity I noticed is that you can’t attack enemies while on a ladder – something we expect to be fixed when the game is finished.

The environments are filled with a good deal of secrets to explore and dirt to dig up. Piles of debris litter certain screens (which scroll similar to Mega Man titles), which can be shoveled up to reveal the gems and magic potions beneath. We have no idea what gems are for yet, but just the simple act of scooping up 8-bit grit is somehow satisfying. The magic potions are used to fuel a fiery projectile attack, which comes in handy.

The gameplay is fluid and fun enough that some players could easily settle into a groove and whiz through a level without stopping to explore. They’d be missing out. More observant players will notice little secrets tucked into the pixelated world. One loft ledge requires a well-timed pogo jump off an enemy to reach a hidden gem. Another hidden chest is only accessible by venturing across a series of rickety chandeliers. Based on King Knight’s stage, the level design is on par with the best the NES had to offer.

Downloadable games and throwback visuals are a dime a dozen these days, but Shovel Knight’s medieval theme helps unify the overall look. Each boss has a unique look and themed level, from the hulking, Viking-like Polar Knight to the regal King Knight. The latter’s stage is filled with javelin-toting bad guys and wizards that launch fireballs. Overall, the presentation is clean and colorful.

Shovel Knight’s 8-bit soundtrack really seals the deal for nostalgia. Fans of Capcom’s early musical stylings will find a lot to love here. Yacht Club even has Mega Man composer Manami Matsune composing two tracks for the game. The music in Knight Man’s level is triumphant and driving. Its catchiness is just as much motivation as the fun gameplay to keep working towards battle with King Knight.

The Shovel Knight demo concludes with a boss fight against King Knight. The evil king leaps from his throne as intense battle music kicks in. The King attacks with a series of basic attacks and a jumping ground-pound. He can also strike a royal pose to initiate a fanfare, which causes trumpets to appear on the sides of the screen and deadly confetti to rain down.  After landing the final blow and watching the King’s crown hit the ground I found myself eager to continue Shovel Knight’s quest, which hits PC, 3DS, and Wii U this winter. 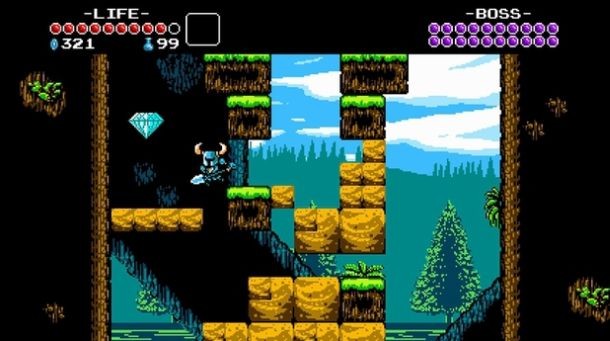 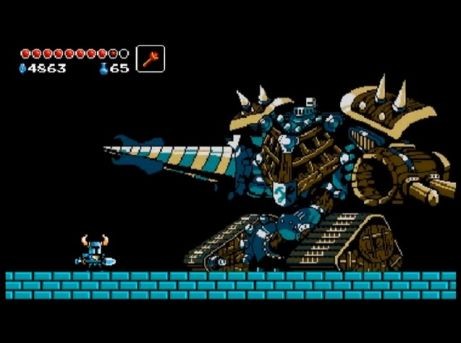 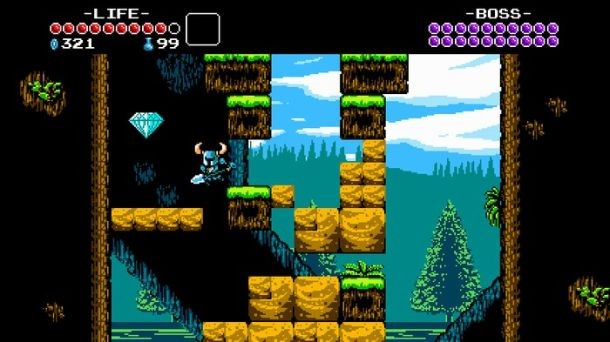 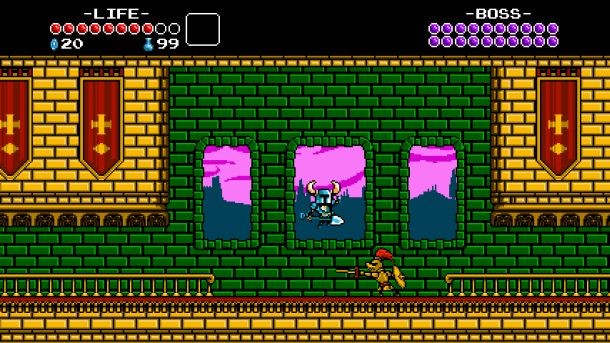 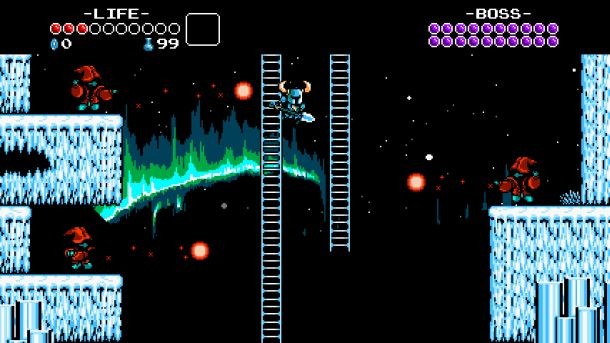